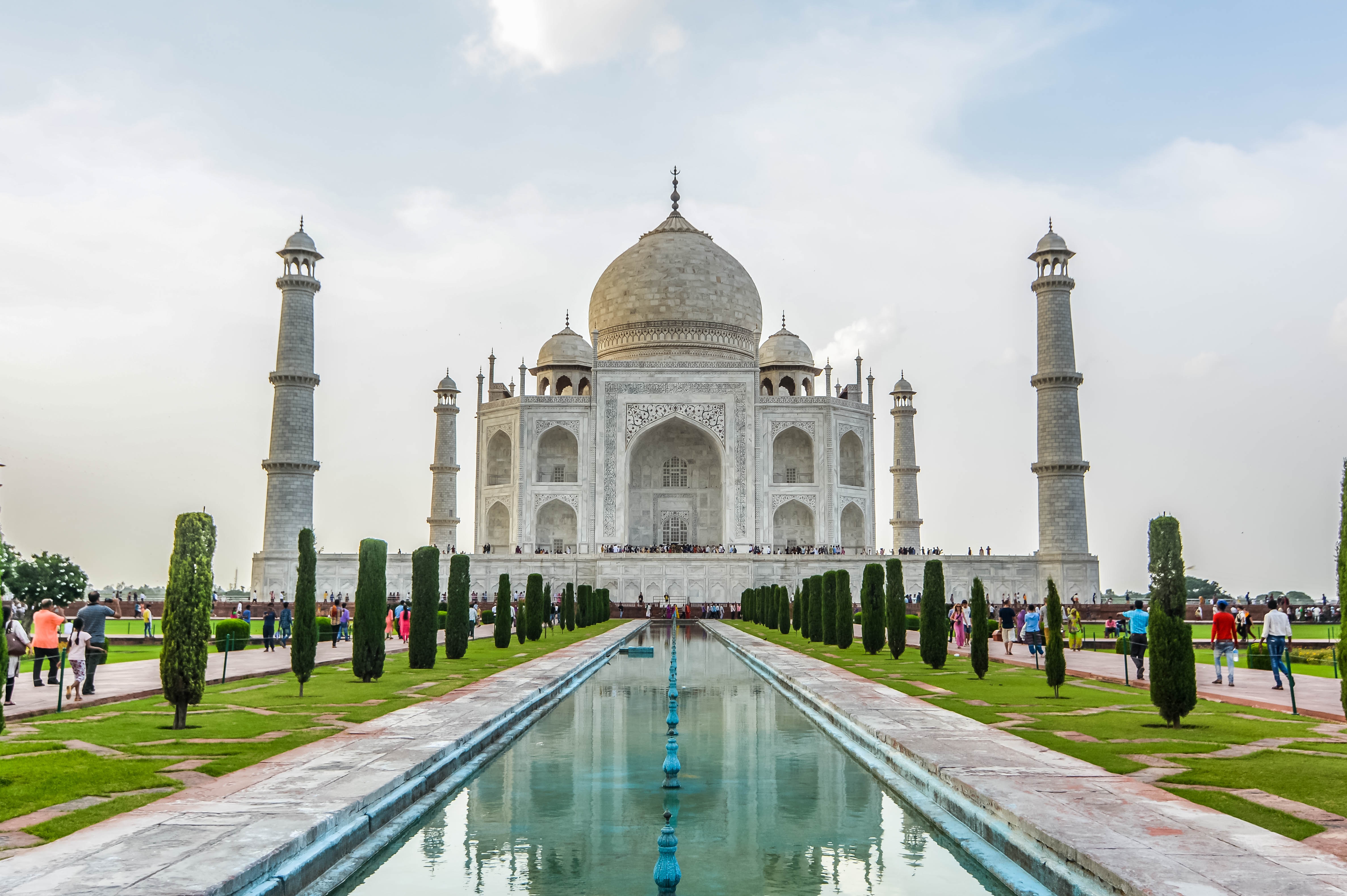 Morning at the Taj Mahal in India and the fog hangs over the iconic structure like a lace veil. The crowds are few at this early morning hour, lending a sense of calm and serenity to my first visit at this man made wonder of the world. The perfectly manicured gardens lead up to the blindingly white mausoleum where Emperor Shah Jahan and his favorite wife, Mumtaz Mahal, rest in peace.

I learn that Mahal—who died in childbirth at the ripe age of 38 after giving birth to 14 children—asked her Emperor for three things upon her death bed. The first was that Jahan never remarry (a relatively easy ask considering he had a slew of mistresses), the second was that the Emperor care for their 14 children and the last wish was that he construct a monument in honor of their love. Emperor Jahan commissioned the Taj Mahal to be built as a mausoleum for his late wife and to be a symbol of their marital devotion. Once the Emperor passed away at the age of 74, his tomb was placed alongside Mumtaz Mahal in the Taj Mahal.

The Taj Mahal, first and foremost, is a love story. A mausoleum where two lovers—parted by death—now spends eternity reunited. It’s surreal to be here; surreal like stepping into a familiar dream and experiencing it with all five senses for the first time. The morning breeze as it sweeps across the gardens, the sparkle of light as it bounces off the reflecting pools, the cool touch of marble, the fragrant smell of flowers—it’s an immersive experience to stand before the Taj Mahal.

I felt this way before. The first time I visited the Eiffel Tower in Paris, I let out an audible squeal of excitement when the elegant tower came into focus. I had of course seen the Eiffel Tower countless times before on television, movies, magazines and photographs; I knew exactly what the Eiffel Tower looked like, yet standing in front of it left me breathless. The same feeling hit me when I stood before the Jökulsárlón glacial lagoon in Iceland; another place that is often spotted in the media but is entirely different once seen in person.

Seeing the Taj Mahal stirs up feelings of love and gratitude within me. I find a place to sit behind the Taj Mahal and stare up at its white marbled glory, now growing brighter as the morning sun makes its way across the sky. At this moment I feel as if I am consumed with love for those back home: my family, my friends, the love of my life. I may not have the means to construct a Taj Mahal for those I love in my own life, but I hope the bottomless gratitude I feel for them does not go unnoticed. 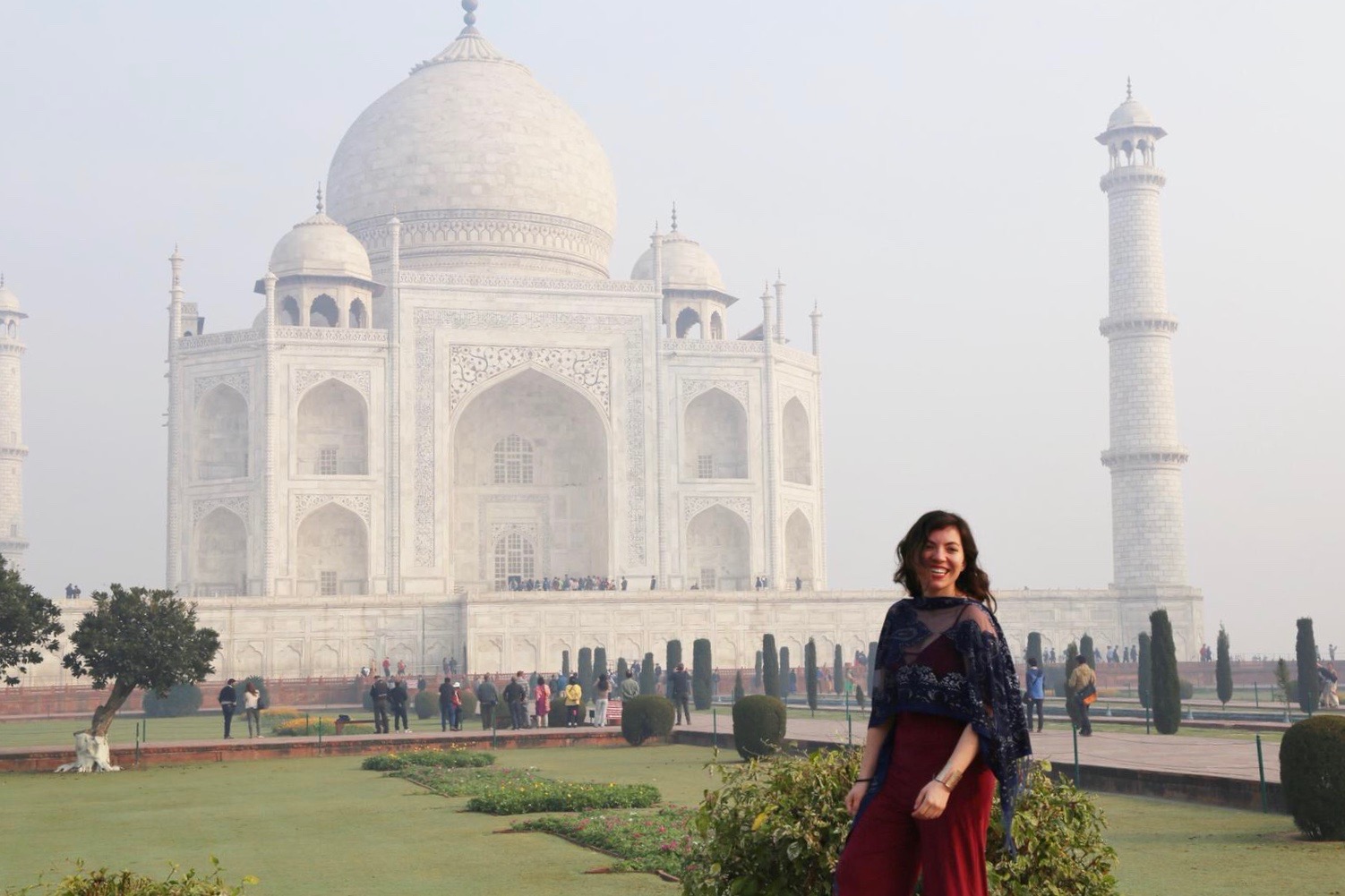 Tips on Visiting the Taj Mahal for the First Time

There are a few different entry gates for the Taj Mahal but it’s worth mentioning that foreigners are expected to pay 750 rupees for entry, while India nationals pay 20 rupees.

Early morning at the Taj Mahal will prove chilly, so bring a shawl to wrap around your shoulders (or a jacket for gentlemen).

The Taj Mahal is everything you expect it to be: large, stunning, breathtaking, beautiful. Take your time exploring the gardens and enjoying the view of the Taj Mahal from the front and back. While the front is the view, the back of the Taj Mahal is also as stunning as it sits on the Yamuna River. The inside of the Taj Mahal, on the other hand, is a little underwhelming. When going inside, expect a small circular space that is rather cramped and crowded.

* Disclaimer: I traveled to India as a guest of the India Tourism Board and Maharaja Express. As always, all opinions expressed here are my own. 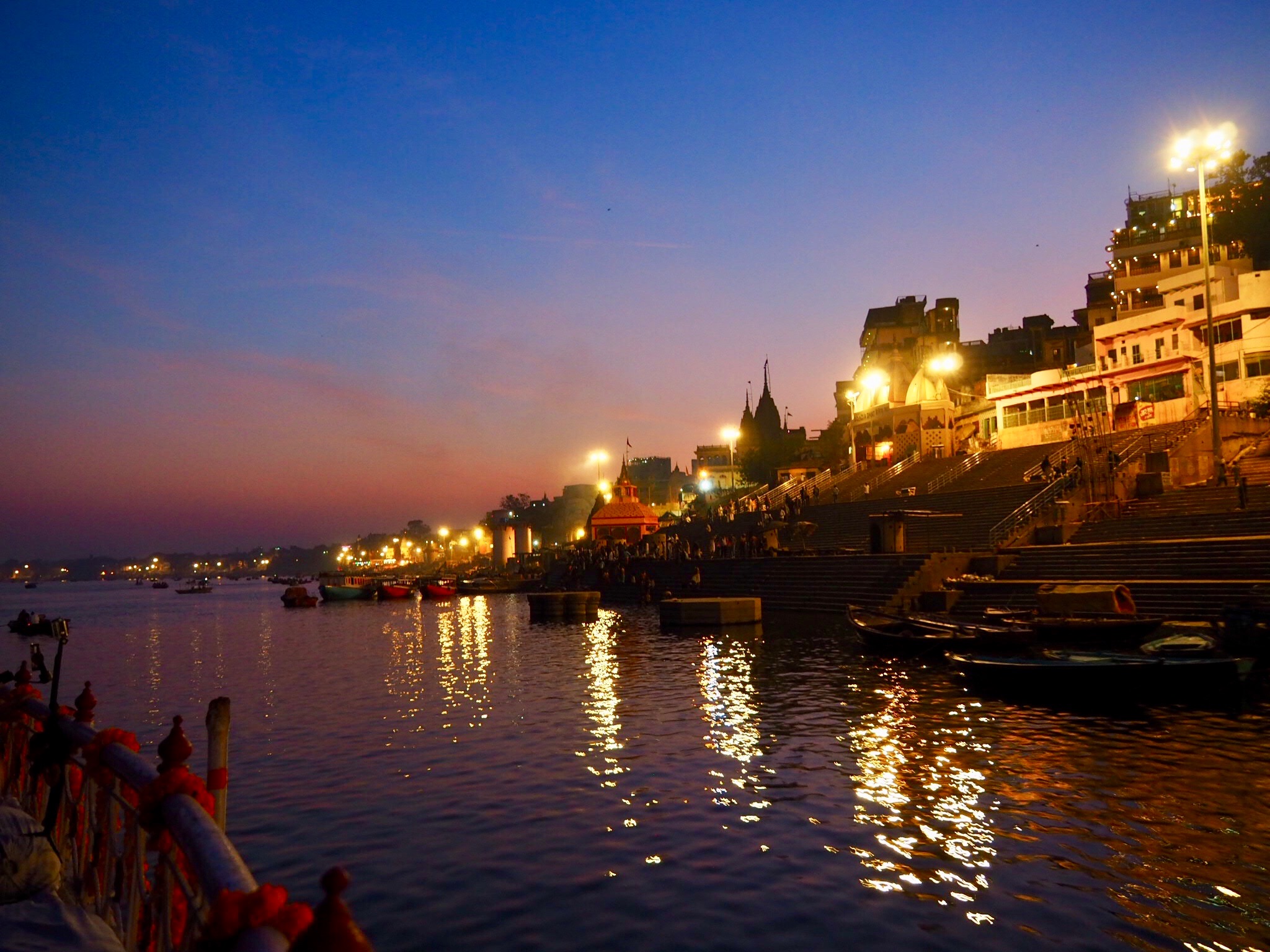 Its sunset in Varanasi and the pink and blue streaked sky is beginning to cast a glow over the...