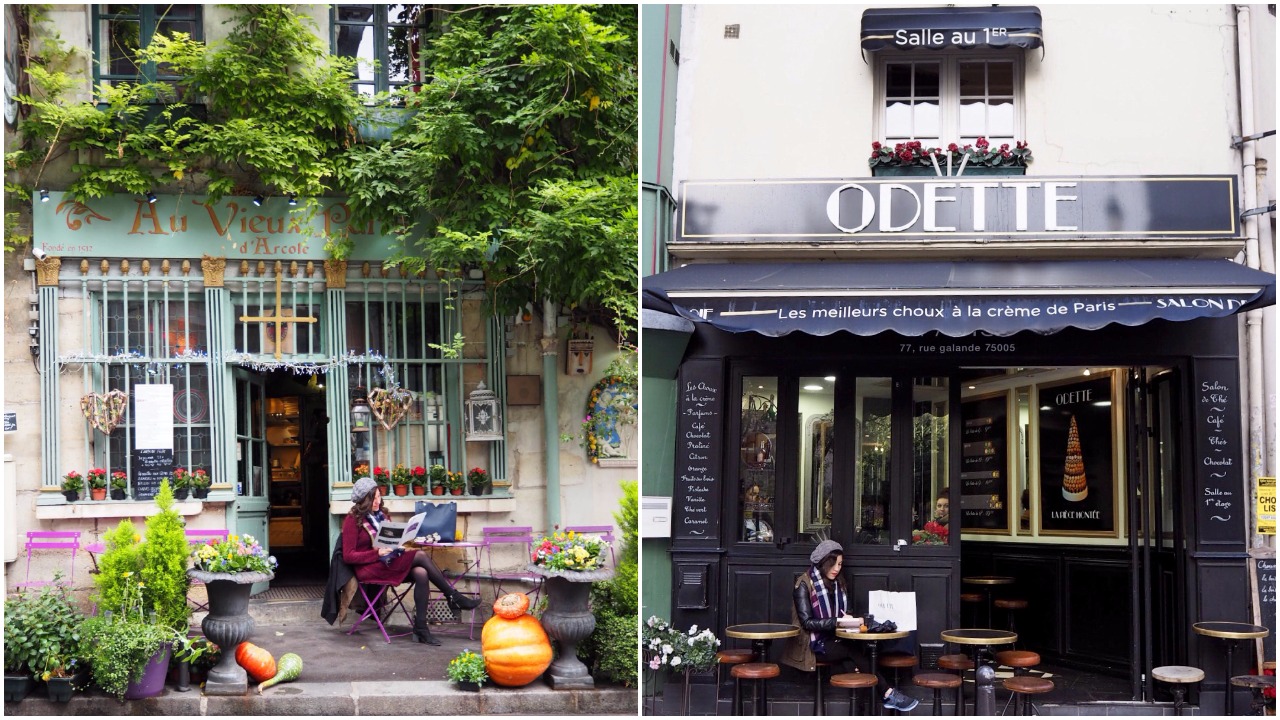 There’s just something about Paris and how the cobblestone avenues and sweeping rooftops overlook the grey-blue waters of the glistening Seine. How in the vanilla twilight hours of the evening, the Eiffel Tower casts a glow over the city; or how patisserie store fronts with decadent pastries call to pedestrians like a siren.

Having lived in France and traveled back to Paris many times, I am constantly drawn back to the French capital. I am always one to fall for the city’s certain je ne sais quoi that never loses its appeal. Having seen all the tourist attractions the city offers, my visits to Paris now leave me free to amble along the Seine and sip chocolat chaud at Cafe de Flore for hours on end. For travelers headed to Paris and keen to enjoy the city beyond the fanfare of its main sights, then this guide will share with you the best neighborhoods in which to stay, bistros to visit and patisseries to enjoy.

Where to Stay in Paris 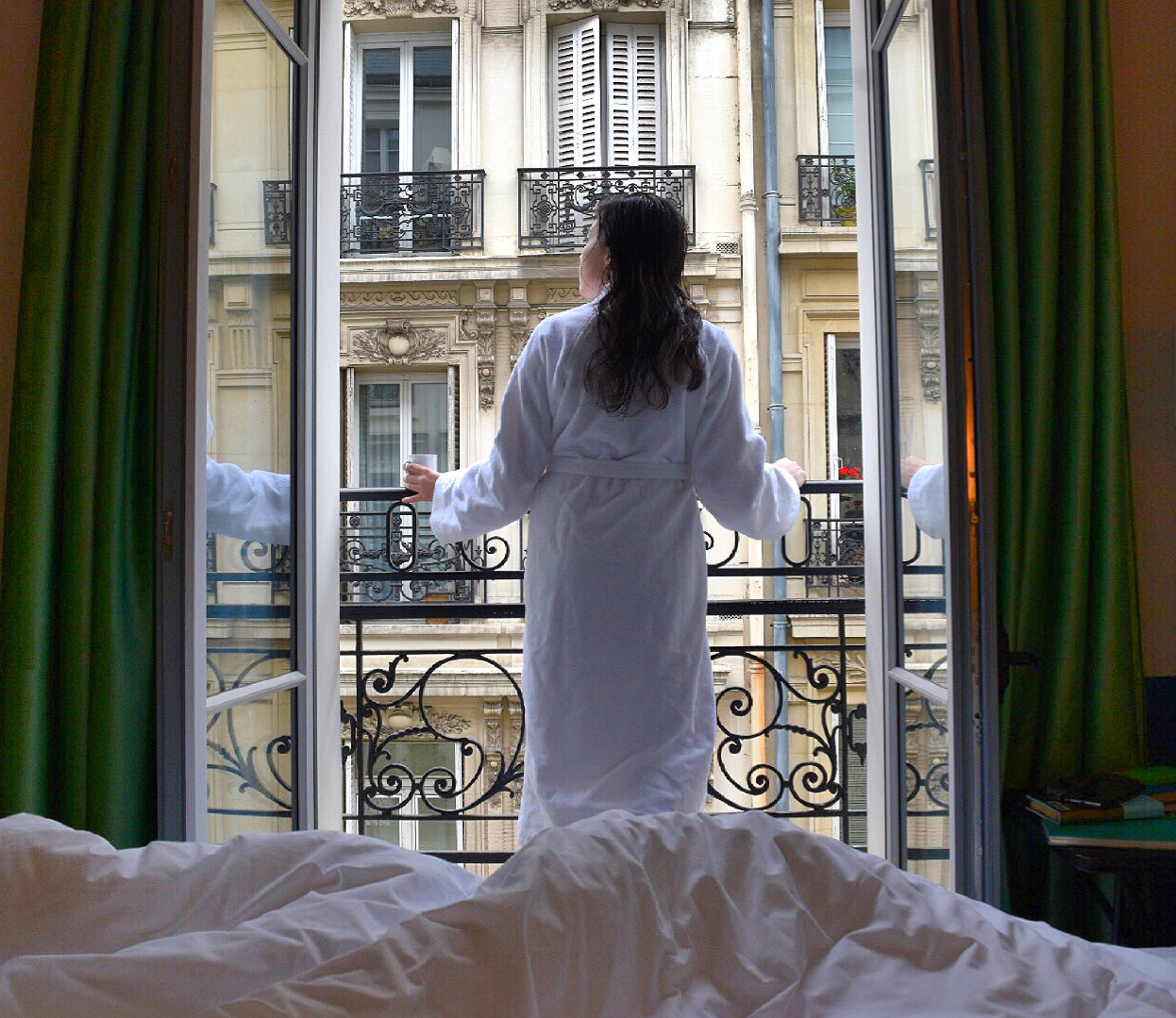 The city of Paris is divided into 20 arrondissements, each with a distinct personality that offers traveler’s a different experience. Some of the more popular areas to stay in include: the 1st arrondissement, which hugs the right bank of the Seine and houses many of the city’s main highlights, including the Tuileries, Place de Vendôme and Place de la Concorde. The 3rd and 4th arrondissement—collectively known as Le Marais—is a mecca for high-end boutiques and quaint shops, comparable to New York’s Soho neighborhood.

The 5th arrondissement—and also the area I highly recommend staying—is known as the Latin Quarter. Popular with students, the Latin Quarter is characterized by its universities and the Notre Dame Cathedral on the nearby Île de la Cité. More notably, the Latin Quarter is regarded as Hemingway’s old stomping grounds, with many cafes along Rue Moufftard mentioned in A Moveable Feast. Situated on the Left Bank of the Seine, the Latin Quarter offers affordable accommodations, great dining options and easy access to the Paris metro and RER B to Charles De Gaulle airport. 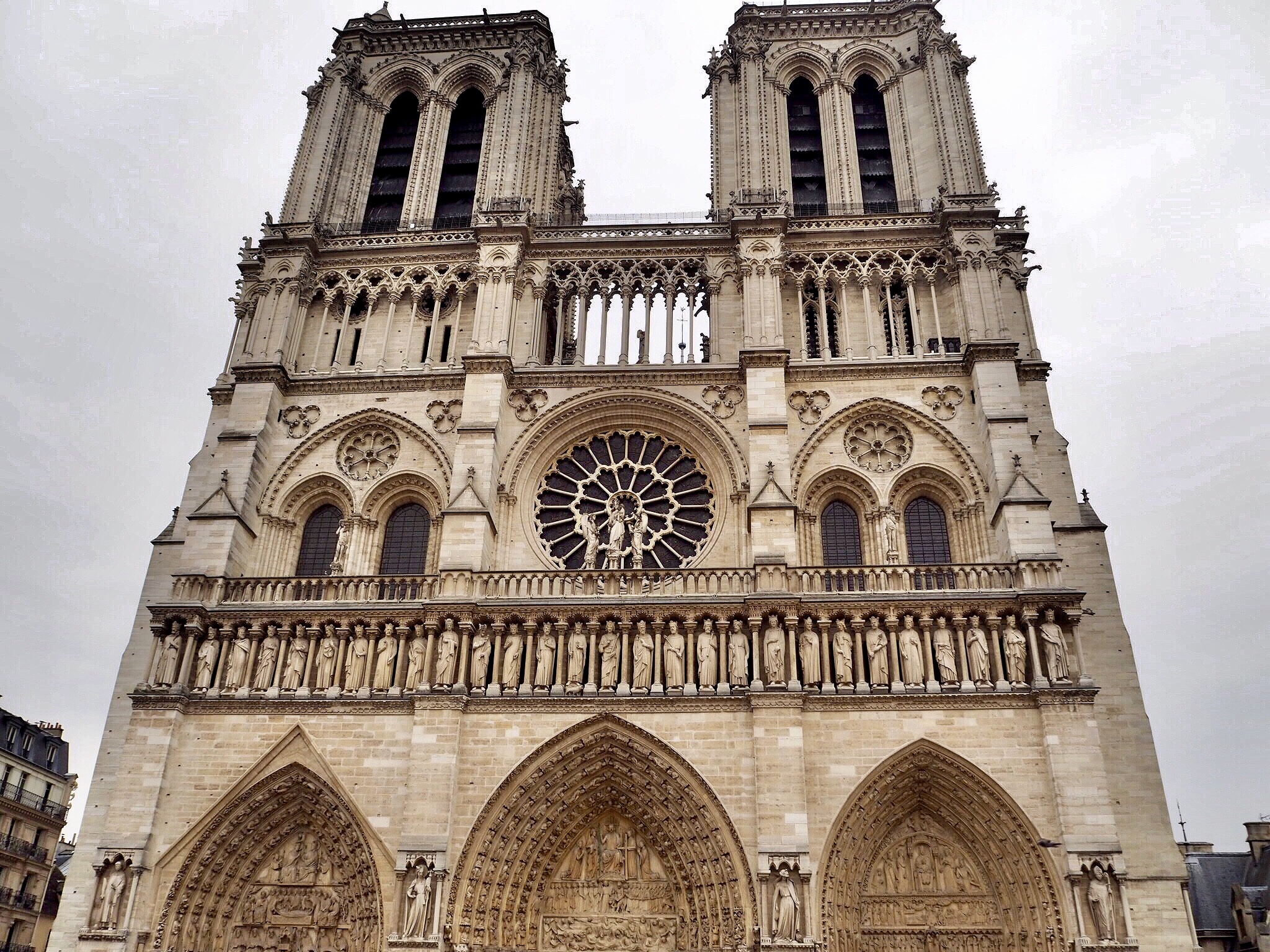 Where to Eat in Paris 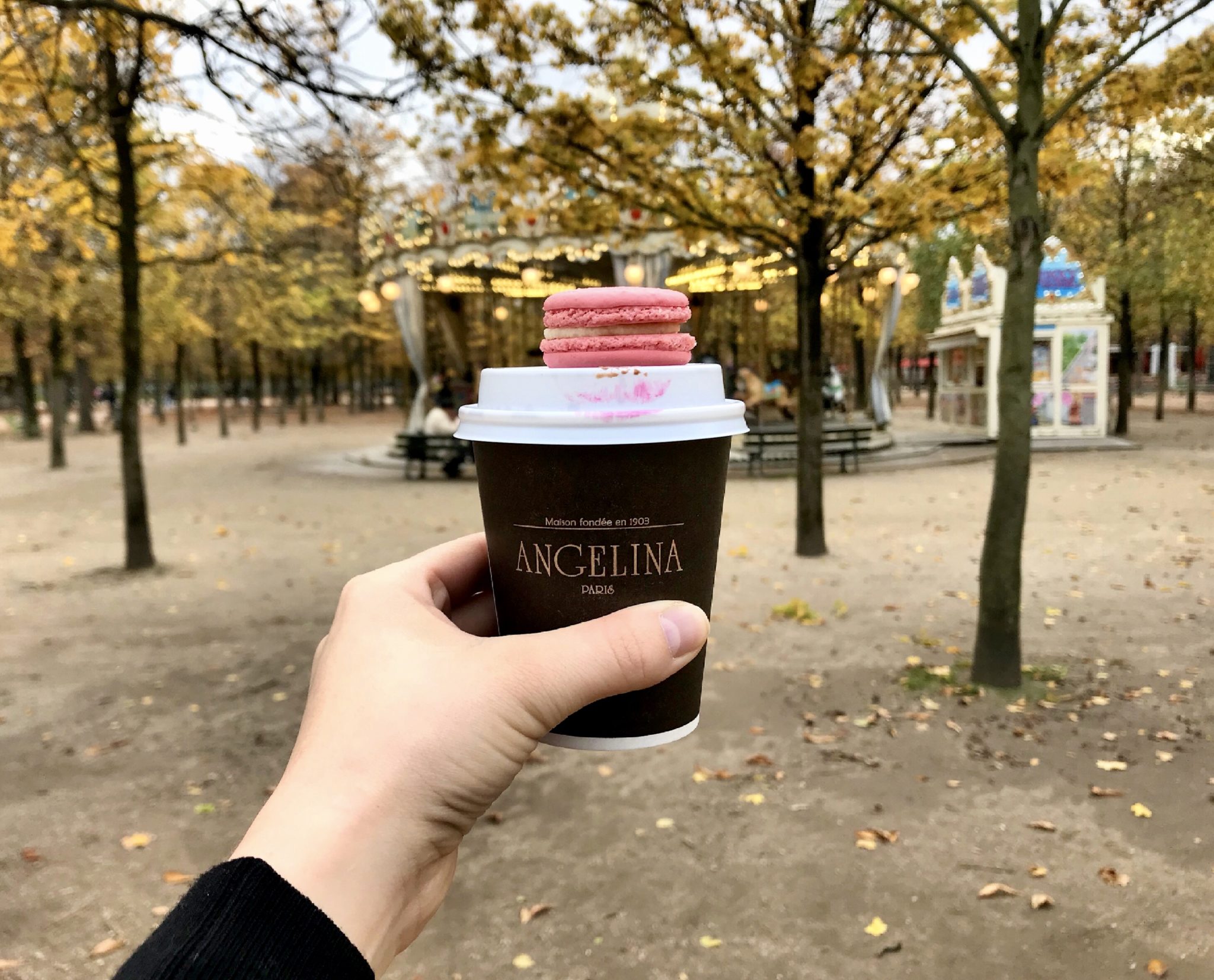 The melodic crunch of a freshly baked baguette, the delicate taste of a rose macaron from Ladurée, the rich hot chocolate from Cafe de Flore, the savory Croque Monsieur slathered in Emmental cheese! The food in Paris (and France as a whole) is as beautiful as the country itself; an unending carnival of flavors.

Odette – In the Latin Quarter, around the corner from the Seine, is the utterly charming pastry shop, Odette on Rue Galande. Odette is famous for its cream puffs, which, compared to Ladurée prices, is less than two euros each. Treat yourself to a box of cream puffs and a hot chocolate.

Le Consulat – In the 18th arrondissement—also known as Montmartre—is Le Consulat on Rue Norvins. The charming restaurant sports a red and green striped awning  and serves French classics, such as the quintessential dish, Croque Monsieur. 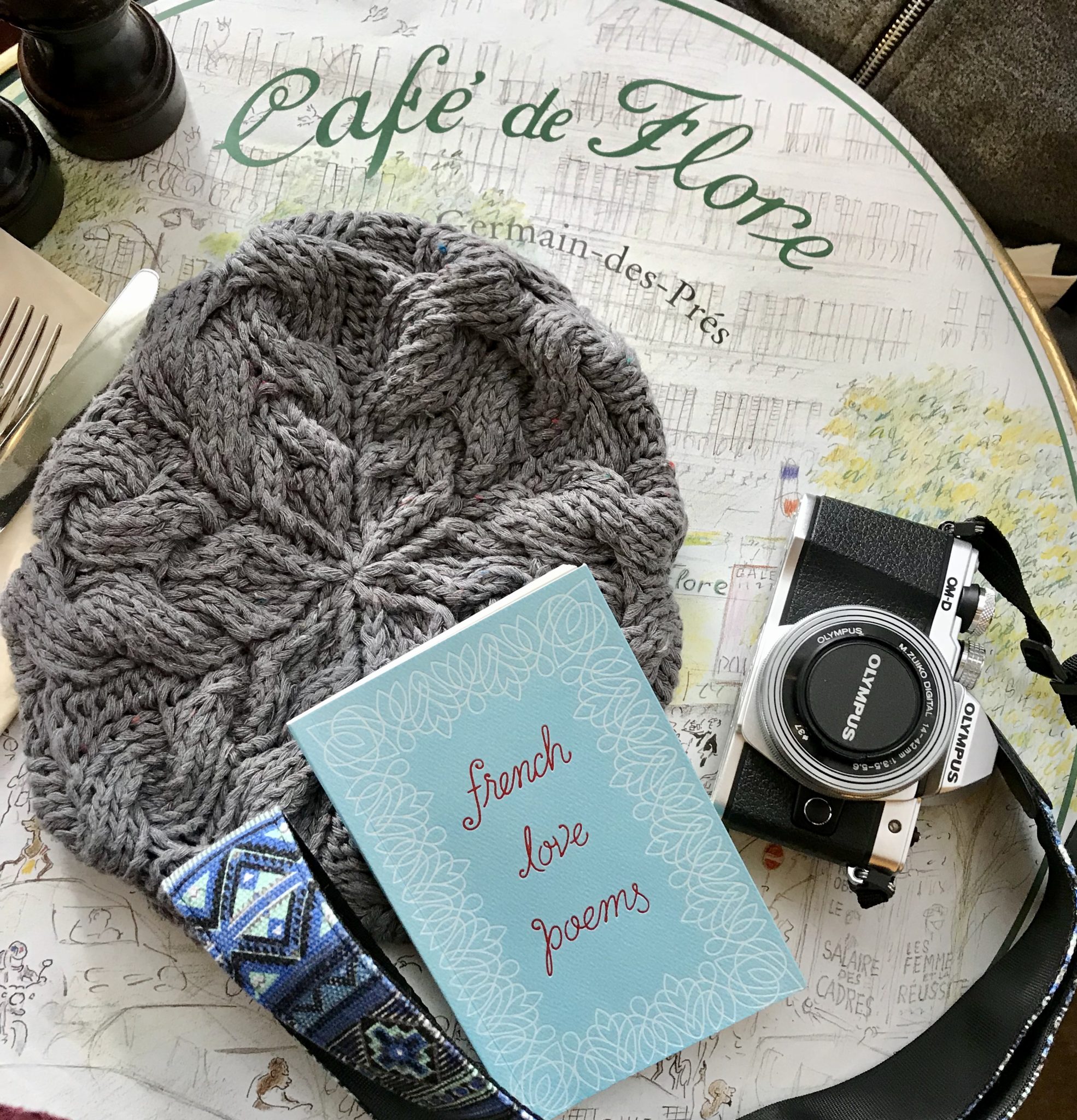 Café de Flore – This lovely café in Saint Germain-des-Prés opened back in the 1800s and is one of the oldest coffeehouses in Paris. Like many spots in Paris, Café de Flore became famous for housing many of our century’s greatest artists and writers, such as Picasso, Queneau and Bataille. With a white neon sign and exterior shrouded in flowers and shrubbery, Café de Flore is a popular spot to snag a sidewalk table and enjoy a syrupy hot chocolate and fresh croissant.

Angelina – This famous tea house can be found in and around Paris—including at Versailles—but it is the location by the Tuileries Garden that we recommend visiting. Skip the line (because there will be a massive line) and instead head inside to the shop to pick up a hot chocolate to go, some macarons (I recommend cassis and rose) and some mini pastries; then head across the street to the Tuileries to enjoy your sweet loot with a view of the park. Angelina is famous for its thick, almost pudding like, hot chocolate and its too-sweet Mont Blanc dessert.

Ladurée – True, Ladurée is hardly a secret. The famed patisserie is known worldwide for its macarons and, since its opening in 1862, has sprung up in 27 countries around the world. Regardless of its popularity, I will always recommend a visit to Ladurée while in Paris because, well, it is that much more magical within the context of France.

Le Petit Chalet – While most restaurants surrounding tourist attractions tend to have lackluster food and overpriced, picture menus, I was pleasantly surprised by Le Petit Chalet. Snuggled next to Shakespeare & Company on the right bank of the Seine, Le Petit Chalet served up great French classics and healthy dishes—such as salmon and sea bass—which proved a nice break from the heavy meals.

What to See while in Paris 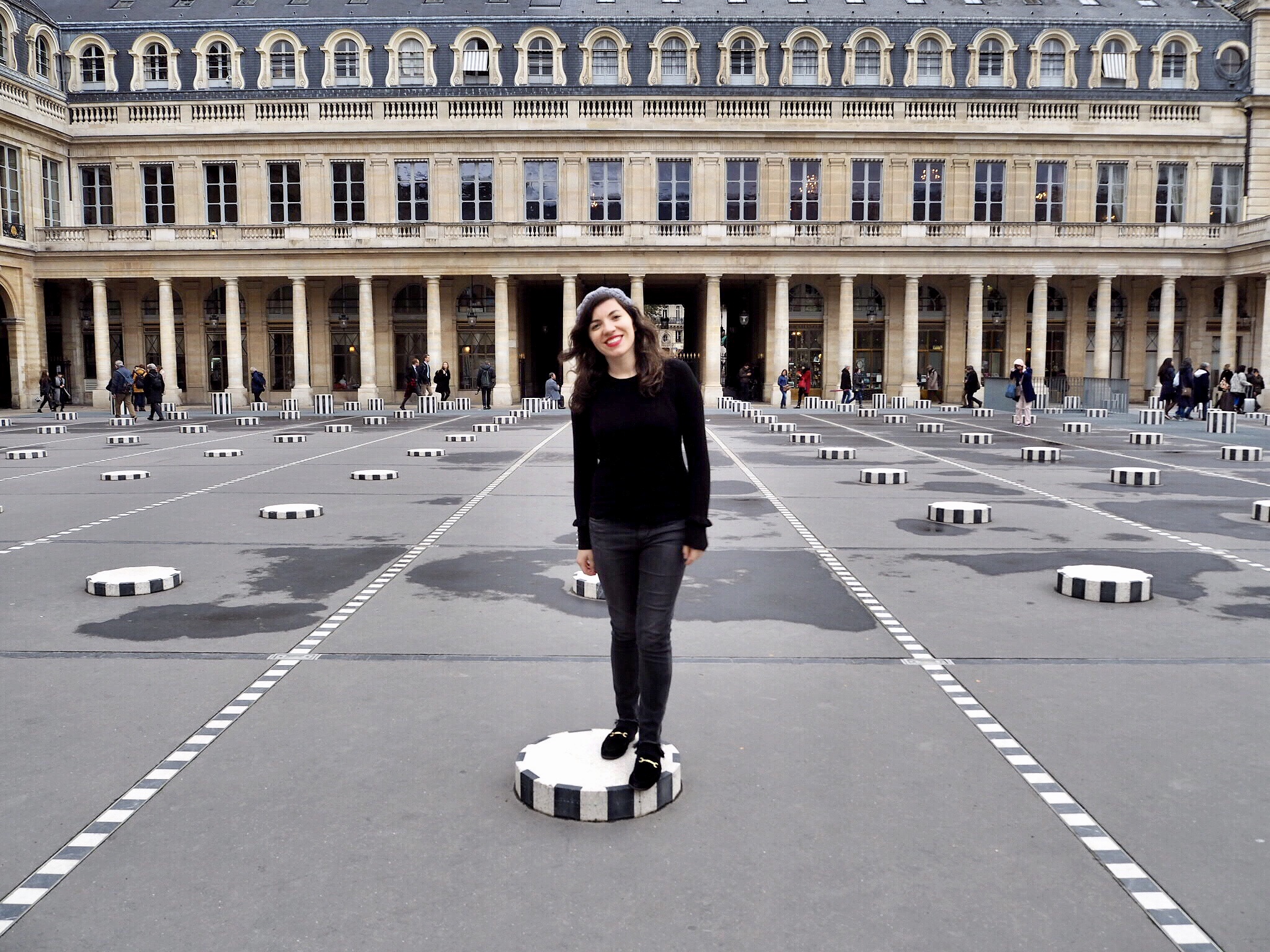 Many of the main attractions in Paris don’t need an introduction: the Eiffel Tower is a sight to behold, the Louvre is a must, Notre Dame is awe-inspiring, the Sacre Couer offers the best views, but there are many places to see that can fly under-the-radar for first time visitors.

A favorite spot to visit is Shakespeare and Company on the Left Bank of the Seine. Named after the original Shakespeare & Co. founded by Sylvia Beach, historically the bookshop has always been considered a haunt for famous writers such as Hemingway, Fitzgerald, and Stein. While the original bookshop closed in 1941 during the German occupation of Paris, George Whitman opened the present day shop, inspired by the 1951 original. Today, Shakespeare and Company is home to writers offered free accommodation in exchange for working in the store, nicknamed “tumbleweeds.” 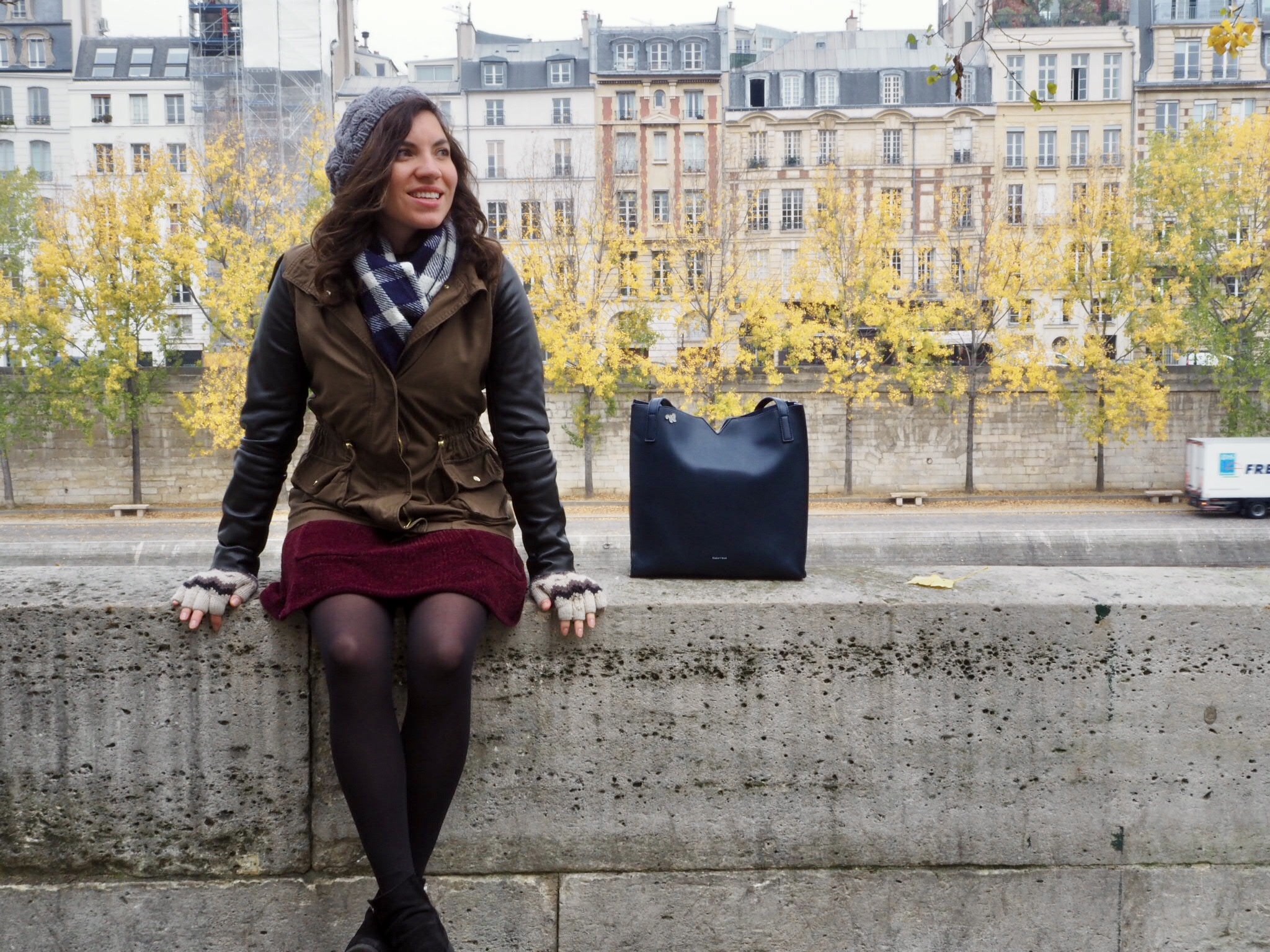 In the far 18th arrondissement, the hilltop district of Montmartre is a neighborhood that shouldn’t be missed. Perhaps the best snapshot of vintage Paris, Montmartre is an artist’s haven. Behind the Sacre Couer, is the Place du Tertre where artists have been setting up easels for decades. Once home to the likes of Picasso and Utrillo, today artists sell their hand-painted canvases depicting daily life in Paris.

By far, the best way to see Paris is to indulge in the act of flânerie—a term for idle wandering, coined by poet Charles Baudelaire. Wander through Le Marais, walk from Montmartre back towards the Seine, take long strolls through Saint Germain-des-Prés and on to the Latin Quarter, letting Paris reveal itself to you along the way.