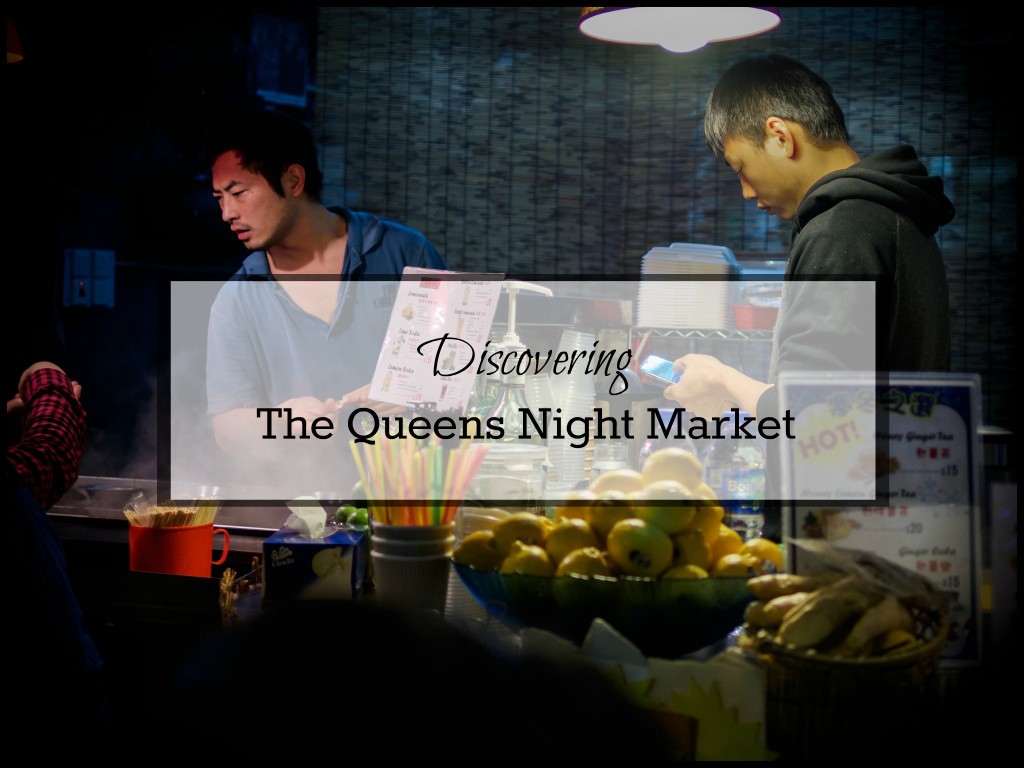 The air felt cool as it hit my face and my bicycle cut through the night down 34th Avenue in Queens. Lively music seemed to emanate from every corner of the borough as my boyfriend, Jeff, and I cycled past. Each passing block seemed to hold the promise of a party where neighbors and family could be seen spilling onto the sidewalk in a frenzy of homemade food, laughing children, dancing couples and those omnipresent Latin beats. 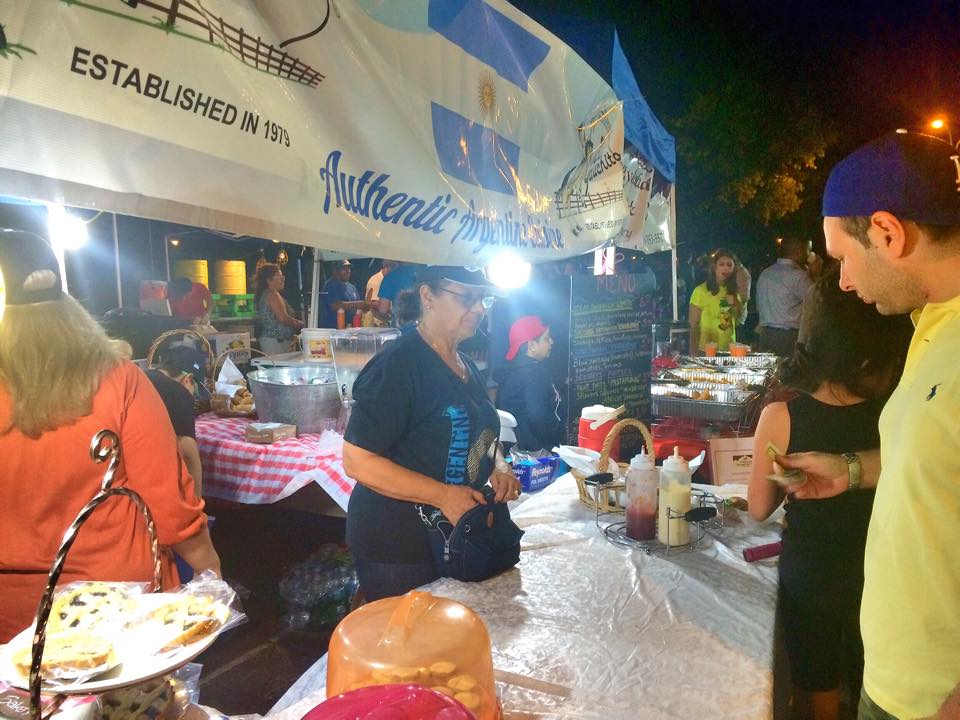 I had just had a veritable smorgasbord of food and should have been moaning and groaning with each push of the pedal but instead I felt light and deliriously happy–infused with both the array of ethnic flavors I had just devoured and the playfulness of the area we were biking past. It’s May in New York City but already it feels as though it’s the dog days of August and the memories of hellish winters and frozen commutes have been long since forgotten. We are biking back from the newly launched Queens Night Market out by Corona Park, where vendors of all backgrounds congregate to sell their local fare to die hard foodies who flock from all over the city. 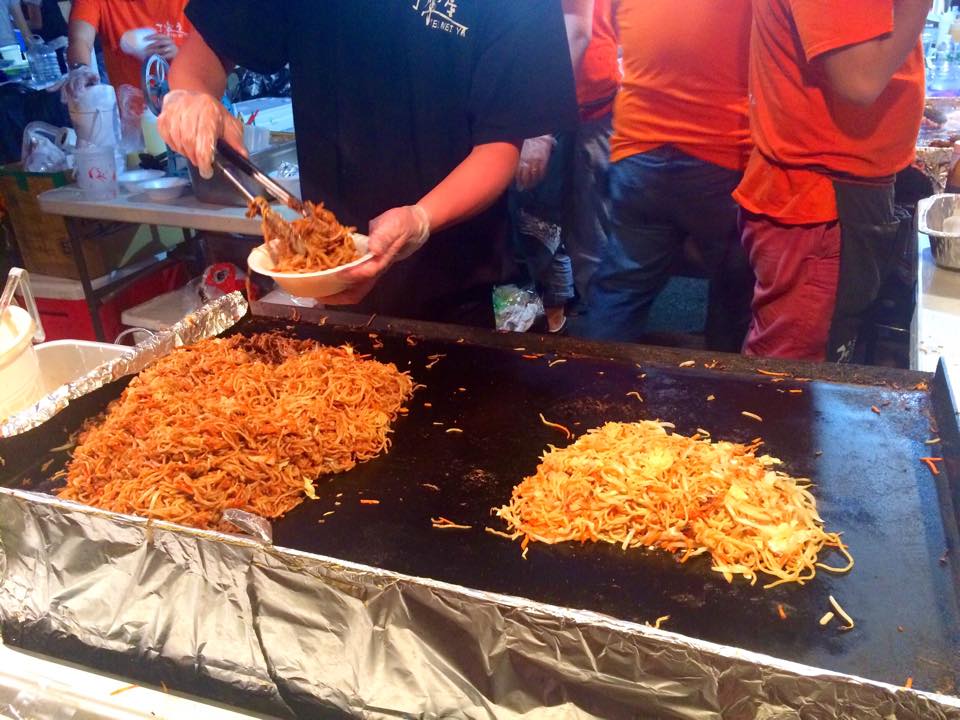 As an admitted sucker for food markets, I had decided to swap my Saturday night plans of dining at another trendy-yet-forgettable spot in Manhattan for an evening spent biking to a parking lot in Queens where I could eat at tent-covered food stalls while munching on some impossible-to-pronounce-yet-utterly-delicious meal. When I travel, I always feel that street food is the best representation of the local culture, always proving traditional and served without the pomp and circumstance that some other tourist-facing eateries will have. Over the years, I’ve fallen in love with the Mercat de la Boqueria in Barcelona, eaten my weight in cheese and meats at the Les Halles market in France and recently covered an off-the-beaten-path market in Cartagena; so the question of checking out the Queens Night Market in my own neighborhood was a no brainer. 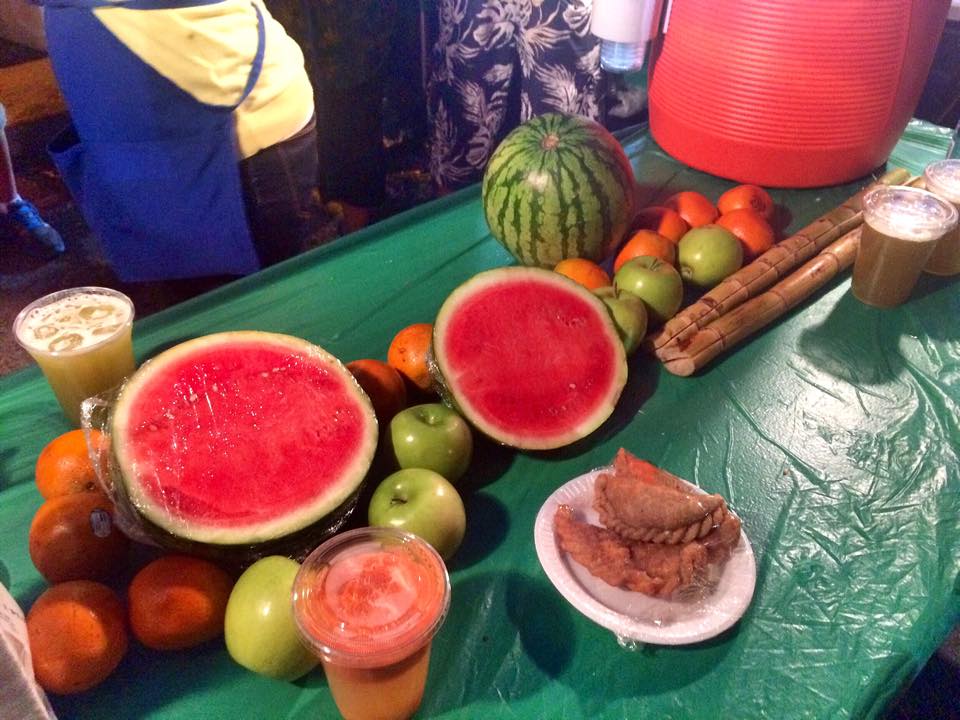 Jeff and I arrived at the market to find a string of illuminated tents, enticing smells, music, colorful artisan crafts and happily satiated people balancing disposable plates of Japanese noodles and other ethnic fare. I felt what I imagine Pac-man would feel each time a game begins–starved, excited and chomping my way through the maze of stalls at random. Fried vanilla ice cream–a beautiful juxtaposition of hot and cold temperatures melted on my tongue, stir-fry noodles from Japan whipped with some sort of mayo and ginger was delicious, spiced, splayed octopus and squid on a stick from Korea had me crinnging at the texture and heat, choripan from Argentina brought me back to my solo travels in Buenos Aires, sugarcane juice (from heaven?) reminded me of the first time I had tasted it in Little Havana in Miami. I sipped playful milk bubble teas and ordered oddly shaped and textured food items for no other reason but the thrill of trying something unexpected. 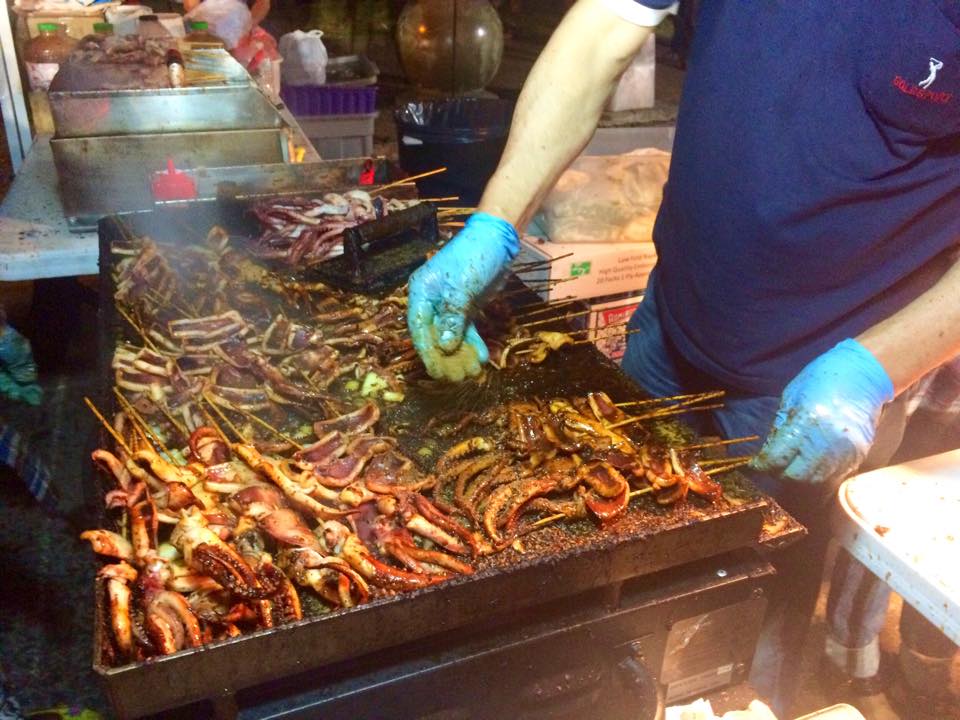 The Queens Night Market was a trip down memory lane–bringing up nostalgic flavors from past travels–as well as an exciting discovery of the many cultures and food I’ve yet to encounter. The market, which features over 100 independent vendors, began with the intent to celebrate the rich diversity of Queens–where cultures including Colombian, Greek, Nepalese, Indian, African and more come together to create a unique, vibrant food scene. My first trip to the market and it felt like I had blacked out and woken up next to a pile of paper plates with only the lingering taste of something delicious on my palate; it was overwhelming to first arrive at the night market as I seemed to dart in every which way from Bolivian food in one corner to Vietnamese food in the next. New York City holds all the promise in the world during the summer when our fair city relaxes and the overworked locals swap business shoes for flip flops; but of the many things to do during the warmer months I argue that the Queens Night Market should be at the top of the list as it is a beautiful celebration of the many ethnicities that call New York home.

The Queens Night Market will return in July 2015 and will be adding upcoming market dates on their website soon. Share your favorite markets below!