It is an ungodly hour in Cartagena and I am sitting on the cement steps of a cathedral-like building, watching the Old City come to life around me. Street vendors roll their arepa stands and fruit carts along cobble stone streets to their designated corners, uniformed children shuffle to school, birds chirp as the morning light kisses this colorful Caribbean city awake. I am waiting for Chef Juan Felipe Camacho who will be taking me to the nearby Mercado de Bazurto–a local market where farmers, fisherman, artisans and growers from all over Colombia convene to sell their produce. 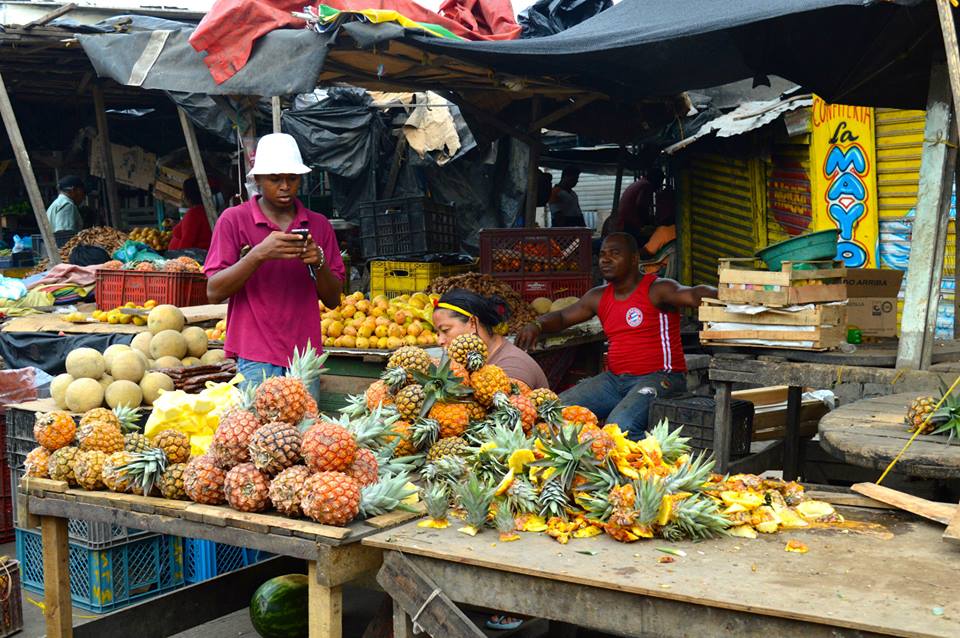 Regarded as a sort of “I dare you” destination, the Mercado de Bazurto is only 15 minutes east of Cartagena’s city center and offers an entirely different glimpse of the local culture and cuisine. I have been to many marketplaces around the world–Mercat de la Boqueria in Barcelona, Les Halles in France, Union Square Greenmarket in New York City–and always find that they are the best representation of a destination’s culture. So, when given the assignment to visit Cartagena’s local market on behalf of VICE Munchies, I was more than eager to check out the chaotic, bustling and bare bones Mercado de Bazurto. 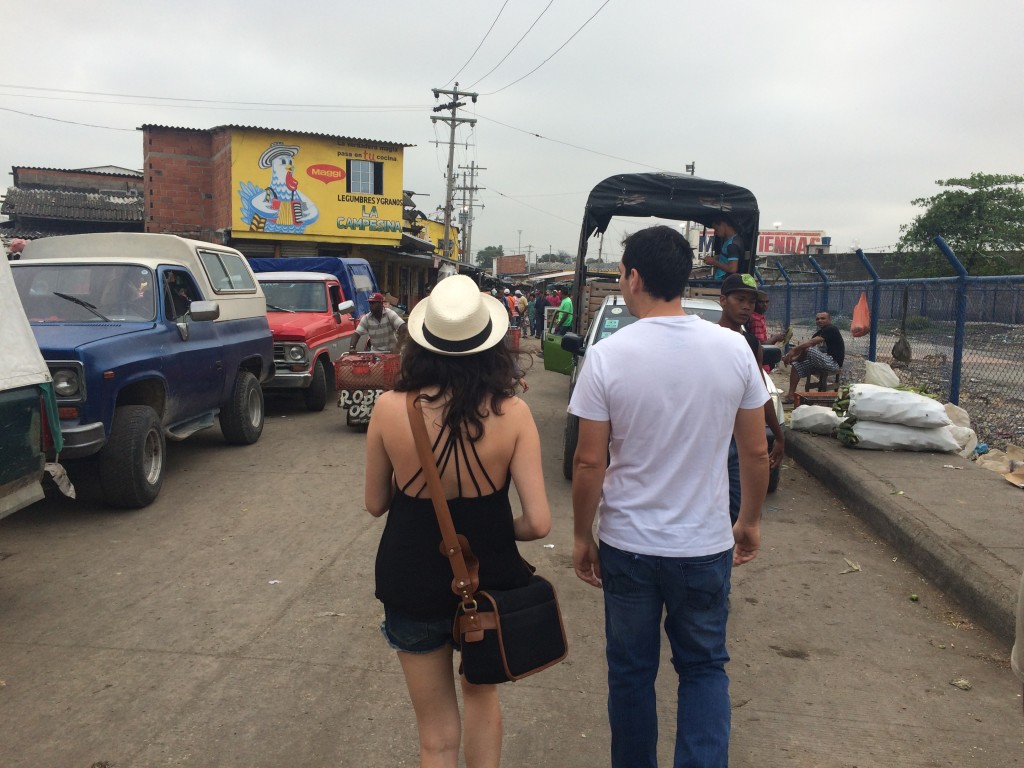 Admittedly, Mercado de Bazurto is an off-the-beaten path adventure where you’re unlikely to find camera-toting tourists perusing its many stalls and winding passageways. Dirty, busy and prone to petty theft, Mercado de Bazurto is not the type of market to be careless with your belongings or wear flashy jewelry. I met with Chef Camacho of the popular Don Juan Restaurante in Cartagena’s Old City; Camacho is a highly respected chef who trained in Michelin-starred restaurants in San Sebastian, Spain before moving to Cartagena and opening his restaurants: Maria and Don Juan. Combining his Basque-influenced philosophy of appreciating the ingredient with his love of Colombian culture, Chef Camacho often sources fruits and vegetables from Mercado de Bazurto to use in his own cooking. 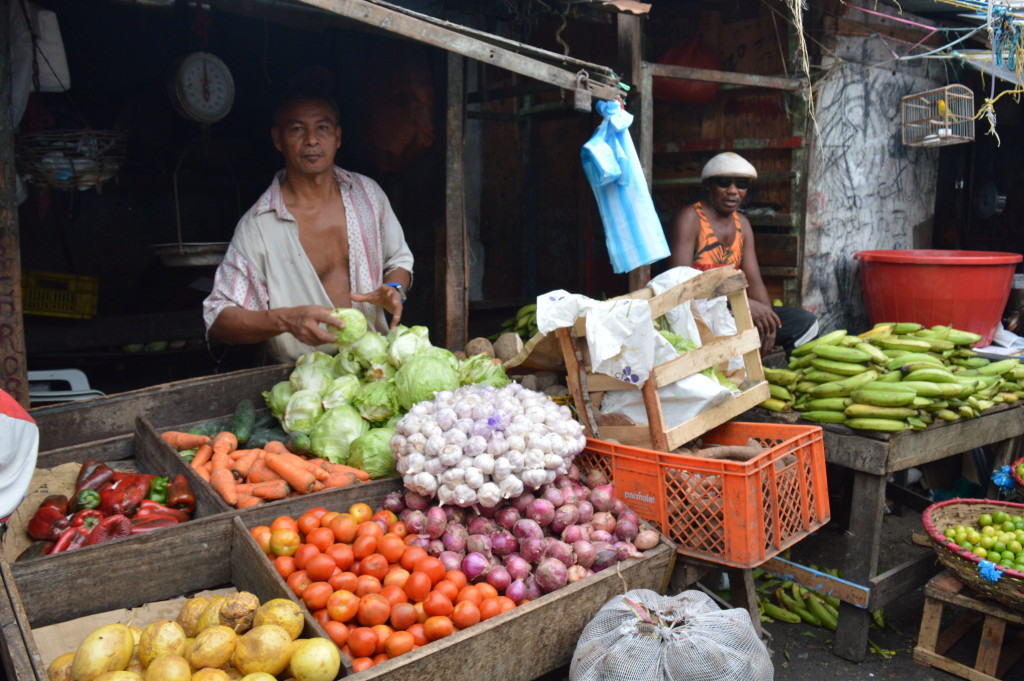 Exotic fruits from Colombia’s coast, vegetables from the country’s colder weather cities like Bogota can all be found at the Mercado de Bazurto where everything from guavas to electronics is sold. Years prior, the market was held closer to Cartagena’s city center before it was pushed out (likely due to the boom in tourism and the city’s want to make Cartagena more tourist-facing). Today, the Mercado de Bazurto is on the brink of being pushed out of the city even further as Colombia’s seaside gem attracts more and more tourists each year. 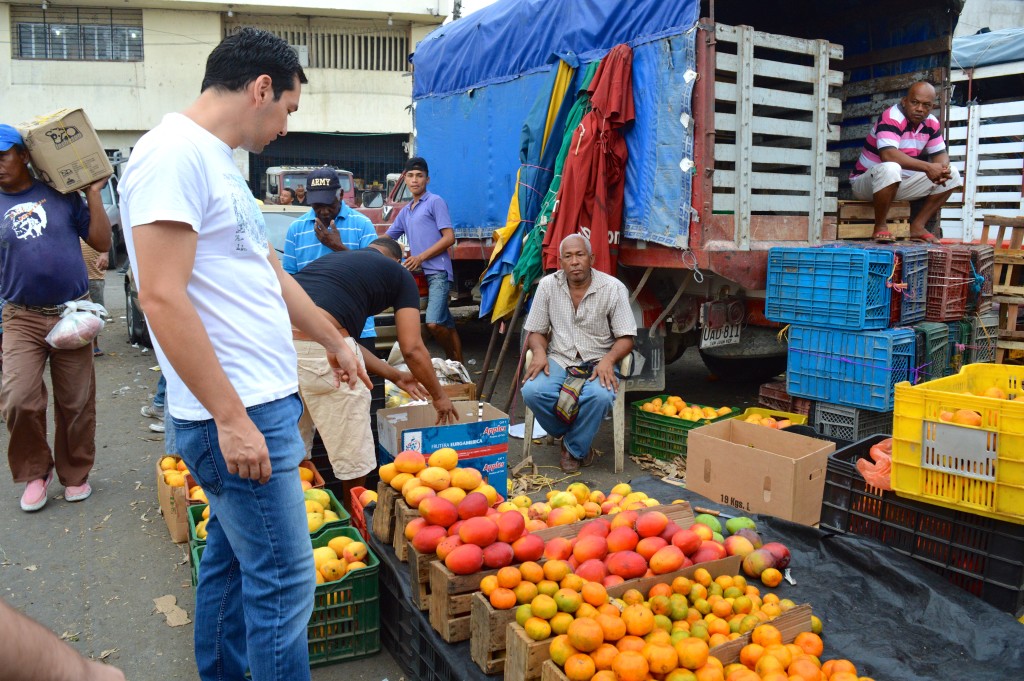 Despite its variety of ingredients, Colombia has yet to pull a seat up to the global table as it is thought to lack a food identity. Walking around Cartagena reveals restaurants making attempts at recreating the staples of other cultures–pizza from Italy, sushi from Japan–you’re hardpressed to find a classic Colombian dish made by the hands of the locals. What Chef Camacho and other culinarians in the country are doing is revitalizing Colombia’s food scene by using locally sourced ingredients and helping to put Colombia on the gastronomic map. Perhaps Chef Camacho will use little limons from Bazurto for his ceviche or maybe the succulent mangoes in a dessert–whatever it is, he will be serving elegant dishes that give a nod both to Colombia and its ingredients. 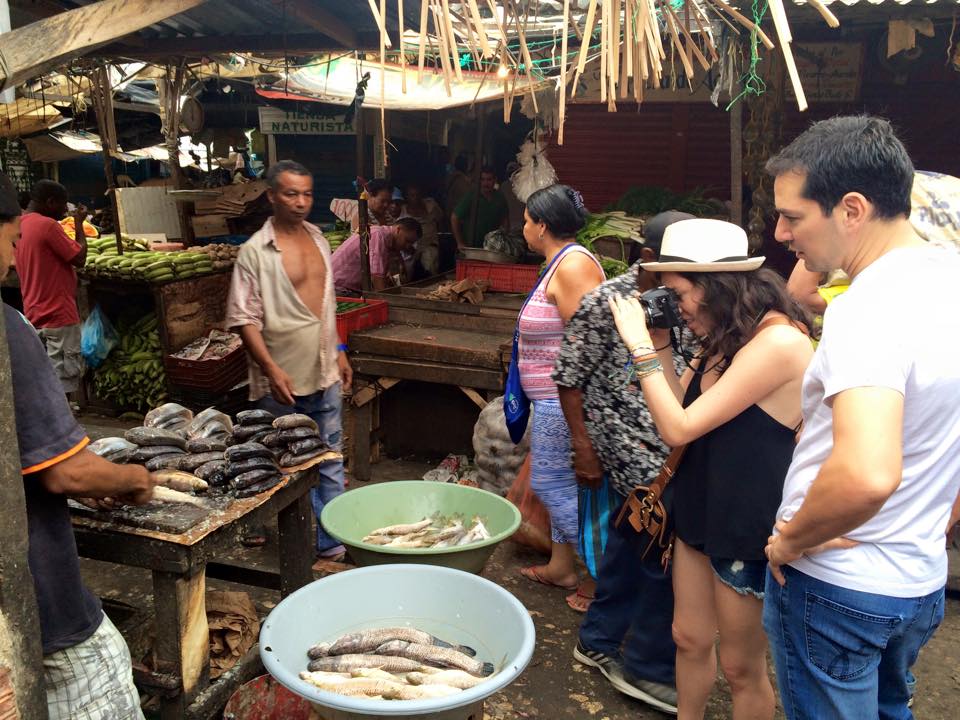 The Mercado de Bazurto is a whirlwind adventure that takes you into the belly of Cartagena and gives a raw, no frills view of the locals who live there. The market is an odd juxtaposition of beautiful and ugly as you’ll likely find the most colorful, image-worthy fresh fruits being sold steps away from barefooted fishermen standing over tarps of freshly caught fish, as pelicans hover nearby. Mercado de Bazurto is for the culinary daredevils of the world, the diehard foodies who follow the ingredients’ journey from the hands of the growers to the Mercado de Bazurto to the elegant dishes served in restaurants in Cartagena. To visit Mercado de Bazurto, you can arrange an organized tour here.

Have you been to Mercado de Bazurto? Are you planning on going? Share your stories, comments and questions below and make sure to check out my ULTIMATE GUIDE TO CARTAGENA as well as my story on Mercado de Bazurto on VICE Munchies!