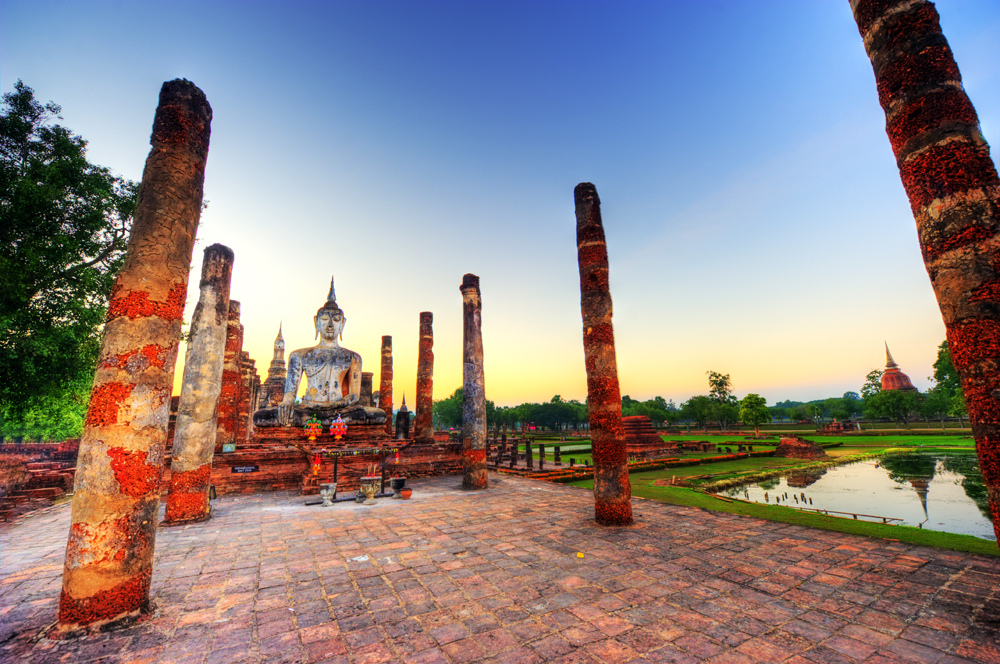 Anthony Bourdain once said, “travel is about the gorgeous feeling of teetering in the unknown,” it is a beautiful sentiment that echoes the idea that life truly begins once we step outside our comfort zone to explore a new place. Asia is one such place; where everything from the customs, cuisine, lifestyle and cultures are dramatically different from life in the West.

Of the many countries that are on my bucket list, Thailand has always held a certain fascination for me. To me, Thailand is reminiscent of Oz; that to arrive there would be like that scene when Dorothy’s world first goes from black and white to technicolor. I can practically imagine the bustling streets of Bangkok, the vibrant fruit and flavors, the enticing smells of food stalls and the roar of city noises that envelop you upon arrival. For those catching a flight to Thailand, of the many things to see the following five experiences are essential! 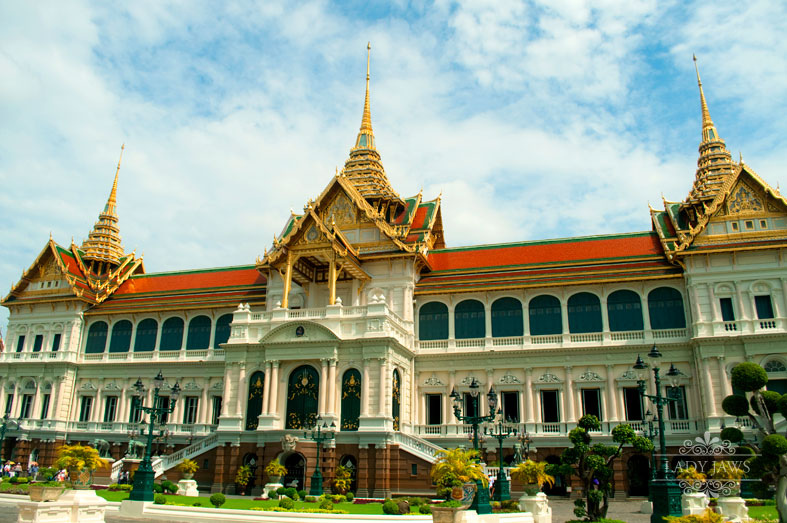 Over 200 years old, the Grand Palace is a main attraction in Bangkok and since 1792 was home to the Kings of Siam (and later Thailand). Considered one of the most popular sights in Thailand, the Grand palace is a collection of lavish, gold-tipped buildings that hosts several royal and state ceremonies. 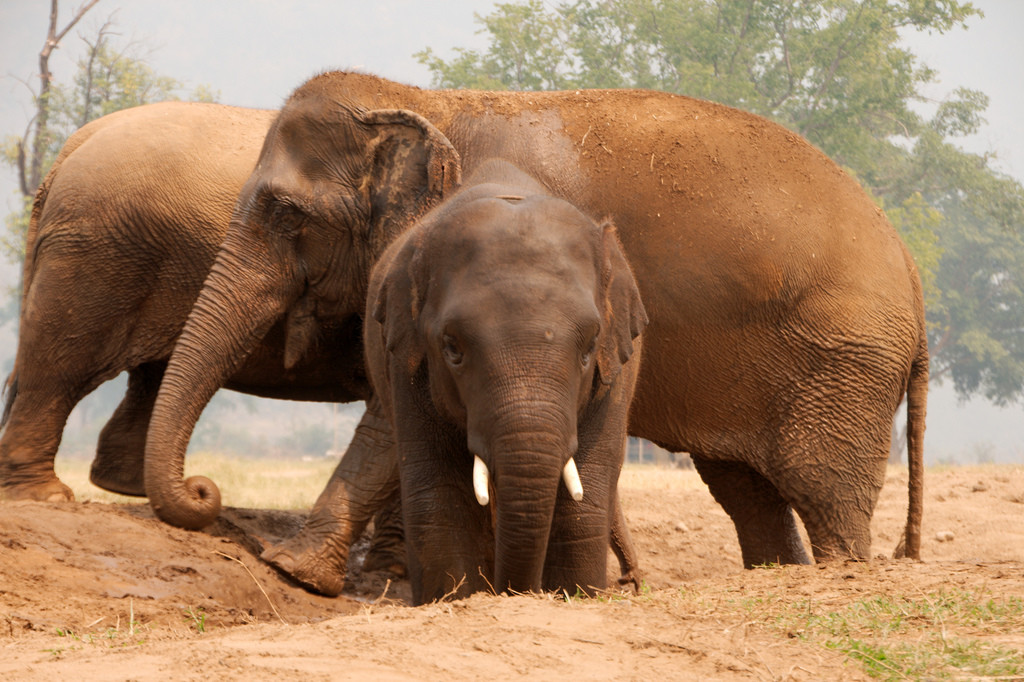 The Elephant Nature Park is an elephant rescue and rehabilitation center in Northern Thailand in the Chiang Mai province, whose mission statement is to provide a sanctuary for endangered species, restore the rain forest and educate people on the plight of endangered animals. With elephants rescued from captivity, nursed back to health from exhaustive elephant rides and poor care; the Elephant Nature Park is an alternative way to enjoy the company of these beautiful animals without feeding into the industry that abuses them. To get to the Elephant Nature Park, you can catch a flight to the Chiang Mai (CNX) airport.

3. Exploring the Many Islands 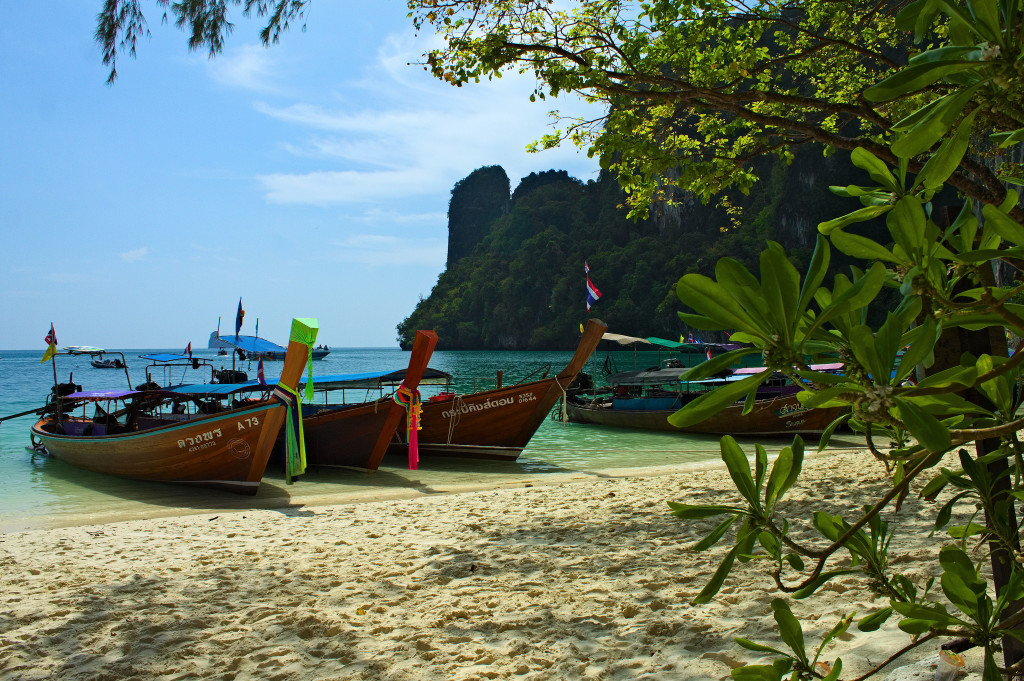 Thailand is home to 5,000 miles of coastline with some of the world’s most beautiful, pristine, idyllic beaches. Perhaps the most popular islands are the Phi Phi islands by Phuket where calm waters, ideal snorkeling conditions and white sand beckon. It’s recommended to explore the islands on kayak to avoid the crowds of tourists that tend to clog up the ferries and tourist boats. 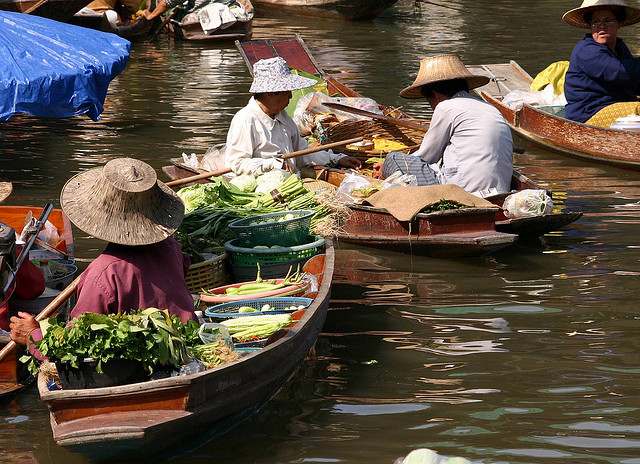 When I travel, I am always drawn to local markets where I feel you can discover authentic local flavors made by generations of family that uphold traditions. I’ve roamed the markets of Barcelona, was recently on assignment in Colombia for VICE to explore the wild Mercado Bazurto and always have a rush of excitement when walking through winding stalls and snapping photos of all the energy and life unfolding before me. In Thailand, there are three popular floating markets outside Bangkok: the Damnoen Saduak Market, Khlong Lat Mayom Market and Amphawa Market. Of these, the Damnoen Saduak is considered the most popular floating market in Thailand. Rickety, wooden boats pull up in the narrow canals riddled with fresh produce, exotic flowers, homemade meals and more–presenting endless photo opportunities and food to be tried.

5. A Visit to the Temple of Dawn 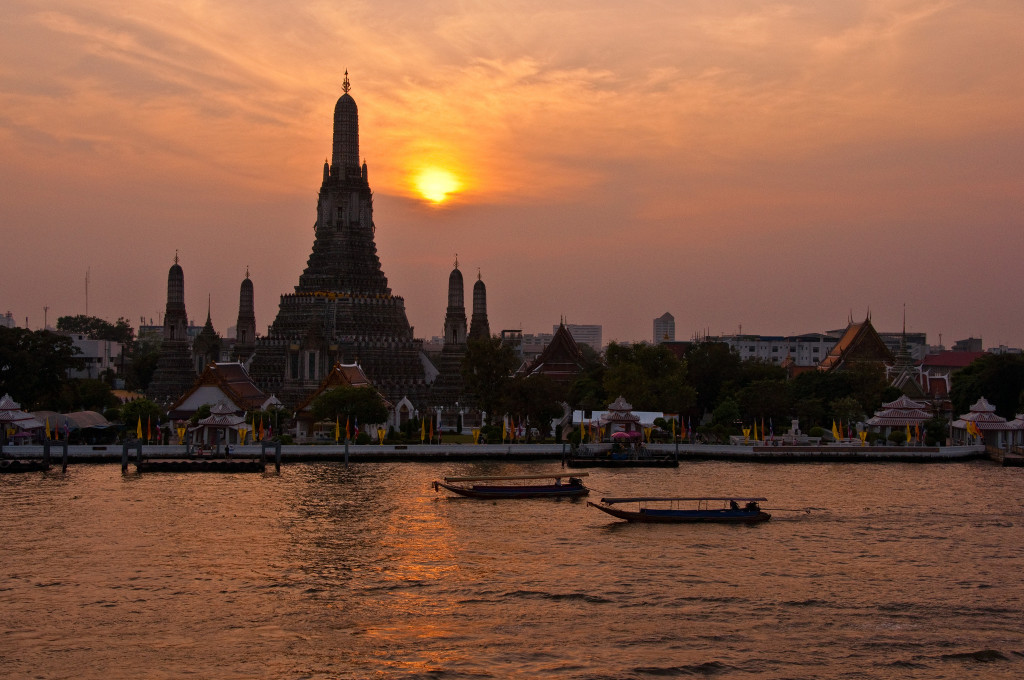 Wat Arun (or the Temple of Dawn), is a Buddhist temple near Bangkok by the Chao Phraya River. The temple gets its name from the Hindu God, Aruna, who is often depicted as surrounded by the orange-red glow of the rising sun. Fittingly, the Wat Arun temple pays homage to Aruna by catching the morning light in such a way that it is said to reflect off the surface with a pearly iridescence. Considered one of the best landmarks in Thailand, the Wat Arun seems to hold all the promise of a transcendent, spiritual experience when seen at dawn.

This post was contributed by Thomson. As always, any brand I endorse on The Pin theProject is a brand that I fully support and recommend to my readers. Are you headed toThailand? Share your stories, comments and questions below!