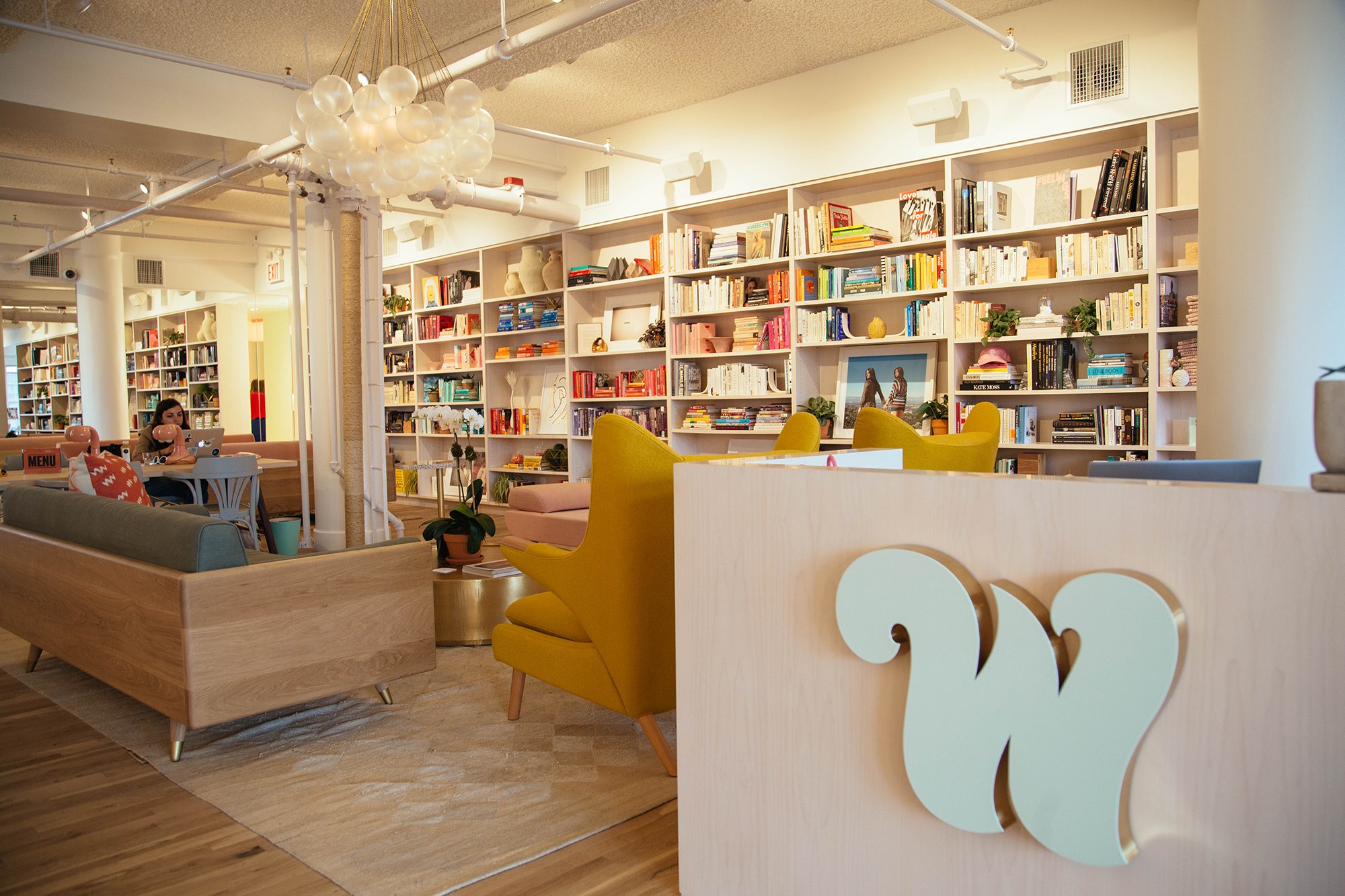 The Wing Flatiron, courtesy of Vogue.com

I’m in the heart of New York and it’s one of those days. The type of day where the city spits you out, leaving you feeling dejected with trampled upon dreams. I’m in need of a respite, of a place to find peace but home—all the way in the boondocks of Queens—is too far to trek. I could go to a coffee shop but the crowded and hectic vibe of that corner Starbucks is hardly beckoning, so instead, I fly away to The Wing.

For those who are new to NYC or visiting, The Wing will seem like one of those mystical insider secrets only known to New Yorkers. Perhaps you have heard of The Wing on social media, have stumbled across women proudly tweeting they are newly-minted “Wing Women,” gushing over having enjoyed a private talk with Christiane Amanpour or Jennifer Lawrence, sharing photos of the Instagram enviable decor. 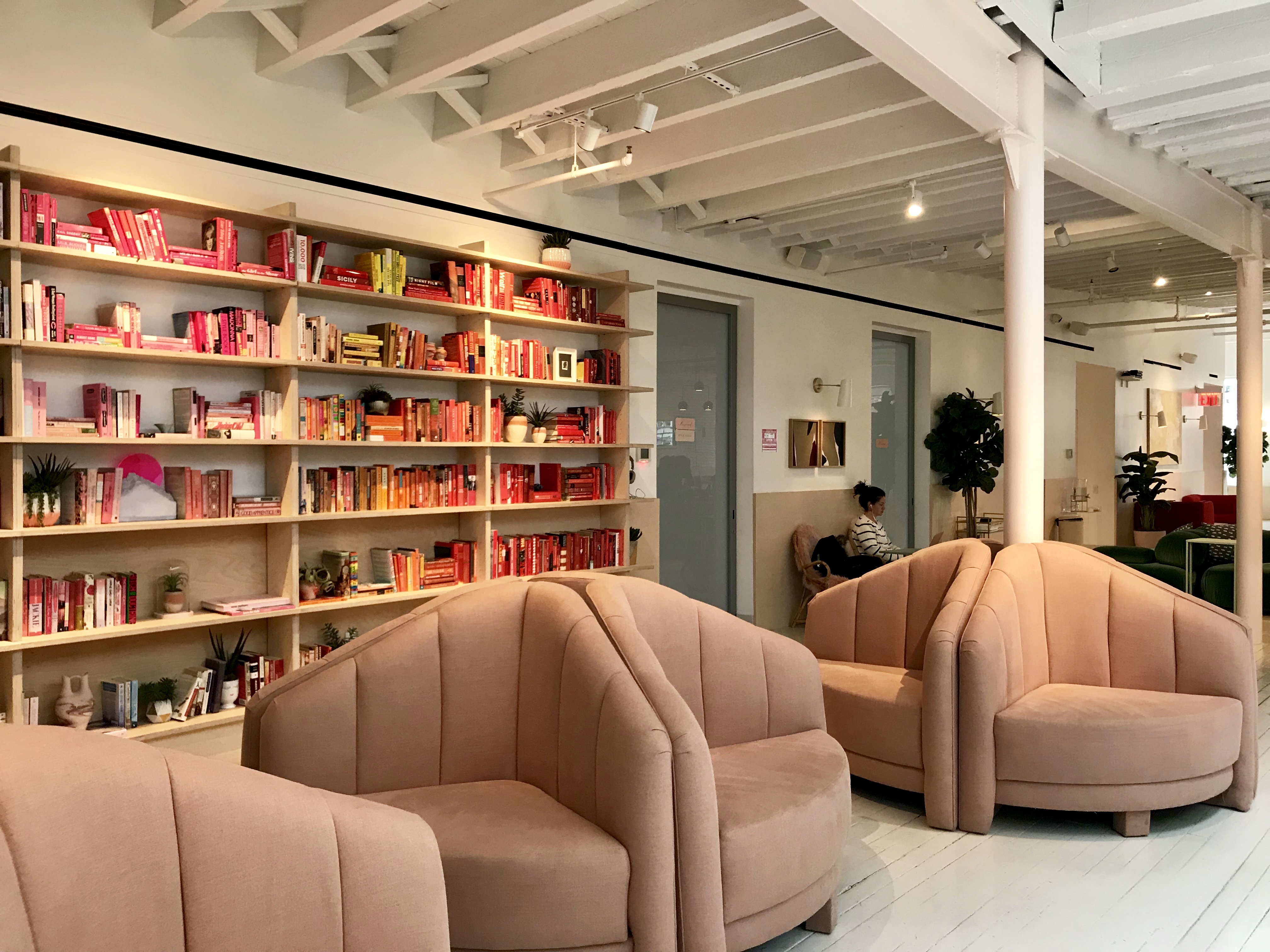 In its most basic terms, The Wing is a networking and co-working community-based in three locations around NYC: Soho, the Flatiron and Brooklyn’s Dumbo neighborhood. Founded by Audrey Gelman and Lauren Kassan, The Wing was conceptualized on the belief that women need a space of their own to connect, relax, breathe and just be.

The Wing started with the Flatiron penthouse location and soon blossomed in popularity and need to expand to locations around NYC and soon Washington D.C. It’s a millennial pink-hued haven for women (sorry, fellas) to support one another, attend coveted monthly events (see you next week, Hillary Clinton!), work away from home and pamper themselves in the endearing beauty rooms. 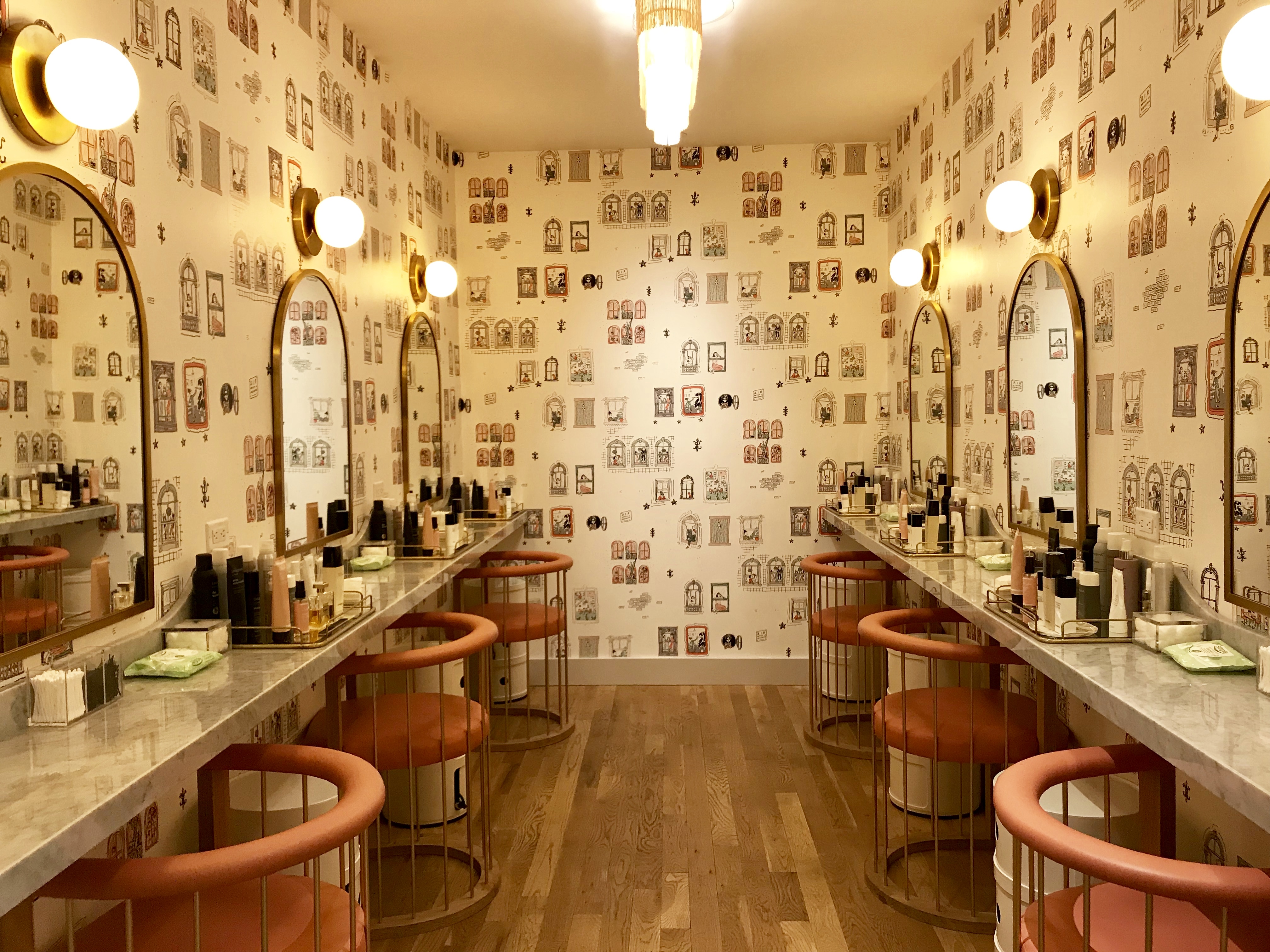 With more than 1,500 current members—according to The New York Times—and a waitlist of 8,000 plus women, The Wing has (within a year of its founding) become the place to be in New York. Beyond the aesthetic appeal of The Wing locations—and they are devastatingly beautiful, featuring hidden nooks, all-female authored libraries. and nap rooms—The Wing both brings women together and exposes them to industry leaders. Each month, The Wing posts events to their membership portal for women to sign up for. Events have included everything from a talk with Jennifer Lawrence, happy hour events, volunteer opportunities, anxiety management talks and panels with editors of top tier publications.

For a cool $215 monthly fee for membership to a single location or $250 monthly fee for all access, women are lining up to join “the coven” as it is affectionally called. For those with friends at The Wing, the incredibly generous guest policy allows members to bring non-members every day and invite them to join for certain events. 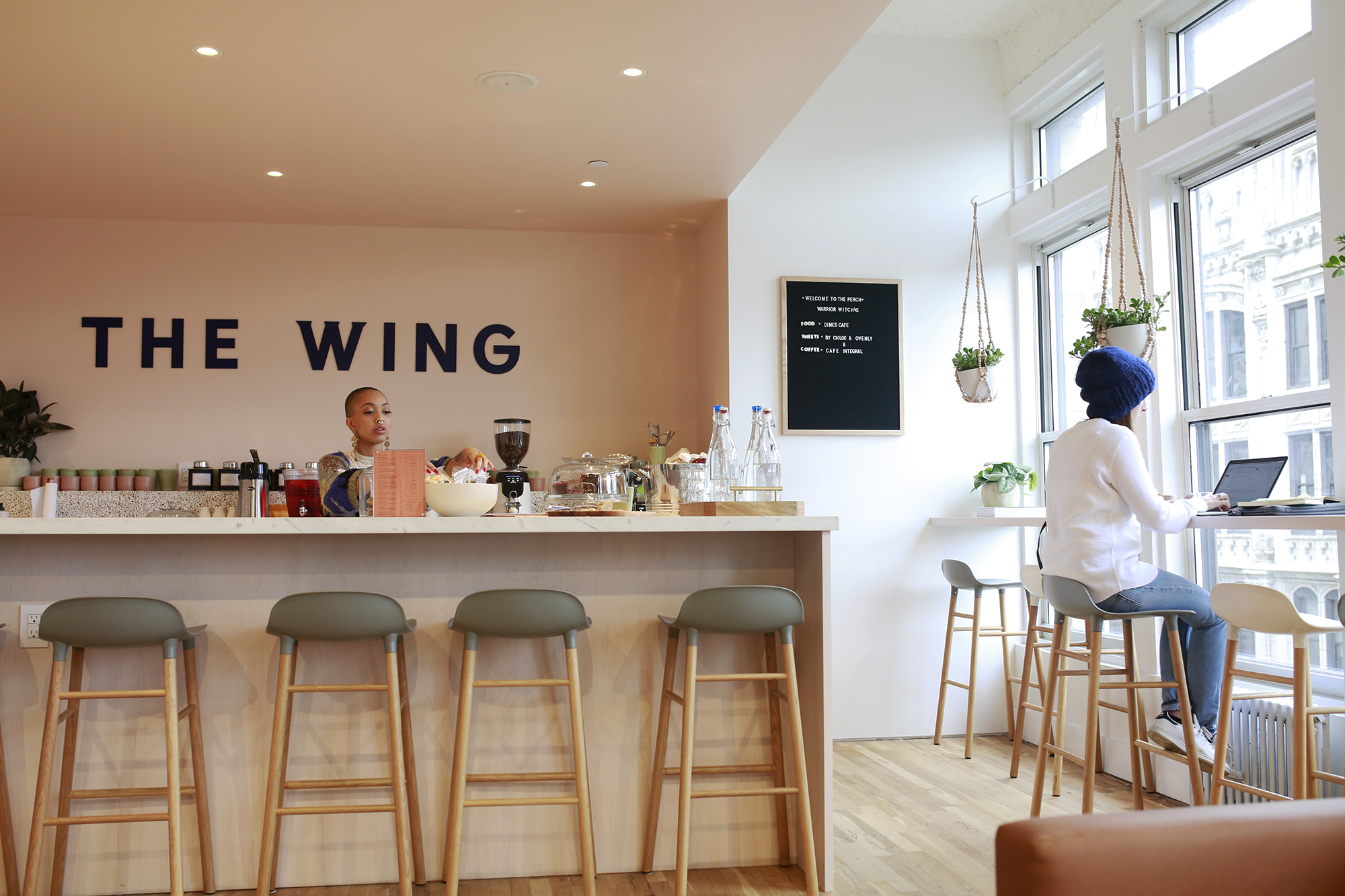 The Wing Flatiron, courtesy of CNBC.com

As I sit here at The Wing Dumbo’s location, drinking a chai latte with a view of the Manhattan bridge and skyline, I can’t help but think that my joining the Wing was the best decision I could have made. Back before The Wing opened their second location, I had stumbled across an article touting The Wing and immediately knew that’s what I needed in my life. As an adult, it’s too easy to fall into a routine, to limit ourselves to the people we see at work and our loved ones back home, to whittle our social lives down to Netflix and couch time. Since joining The Wing, I have been able to meet incredible women, attend amazing events and share the wealth of my membership with friends. 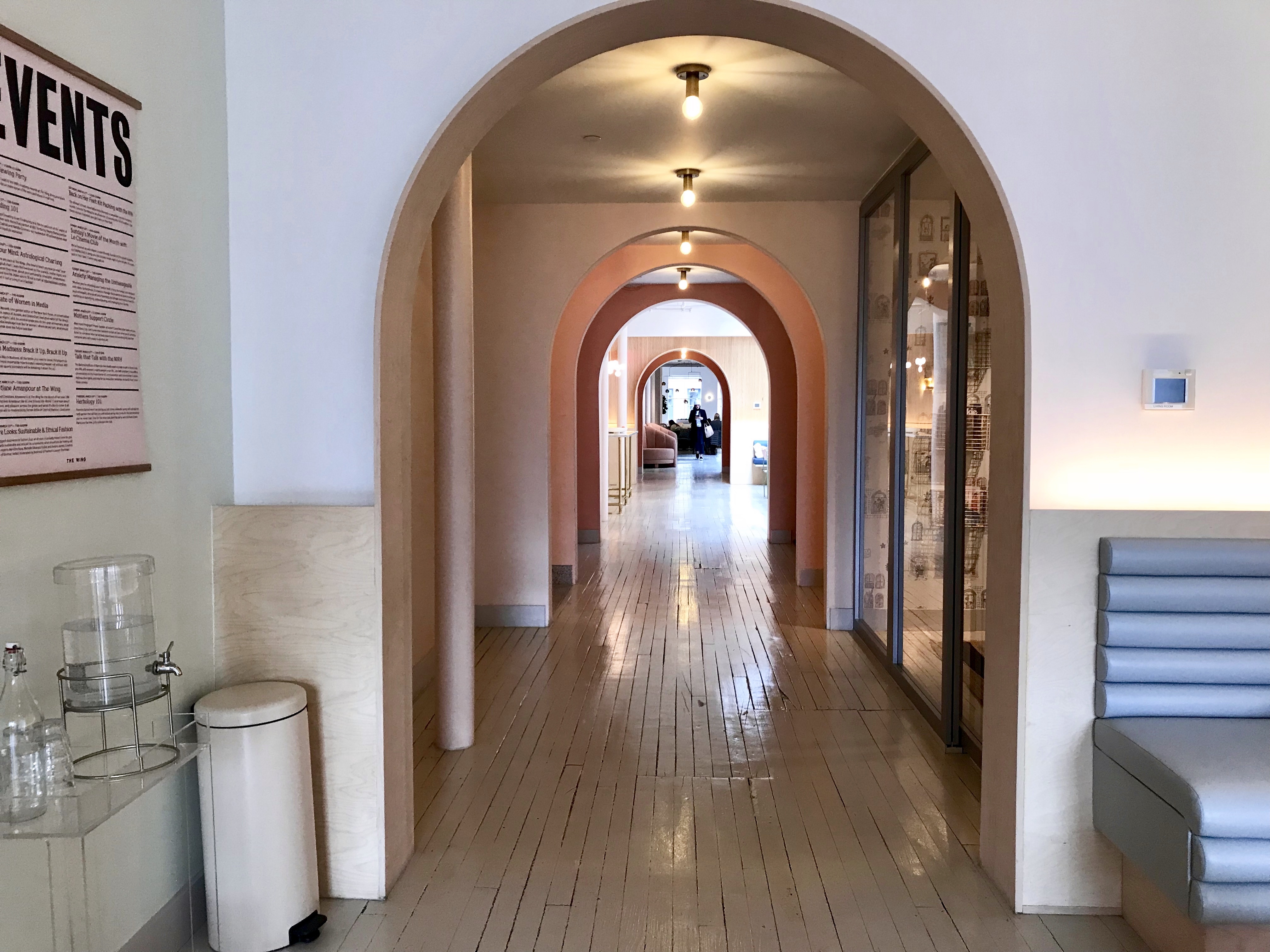 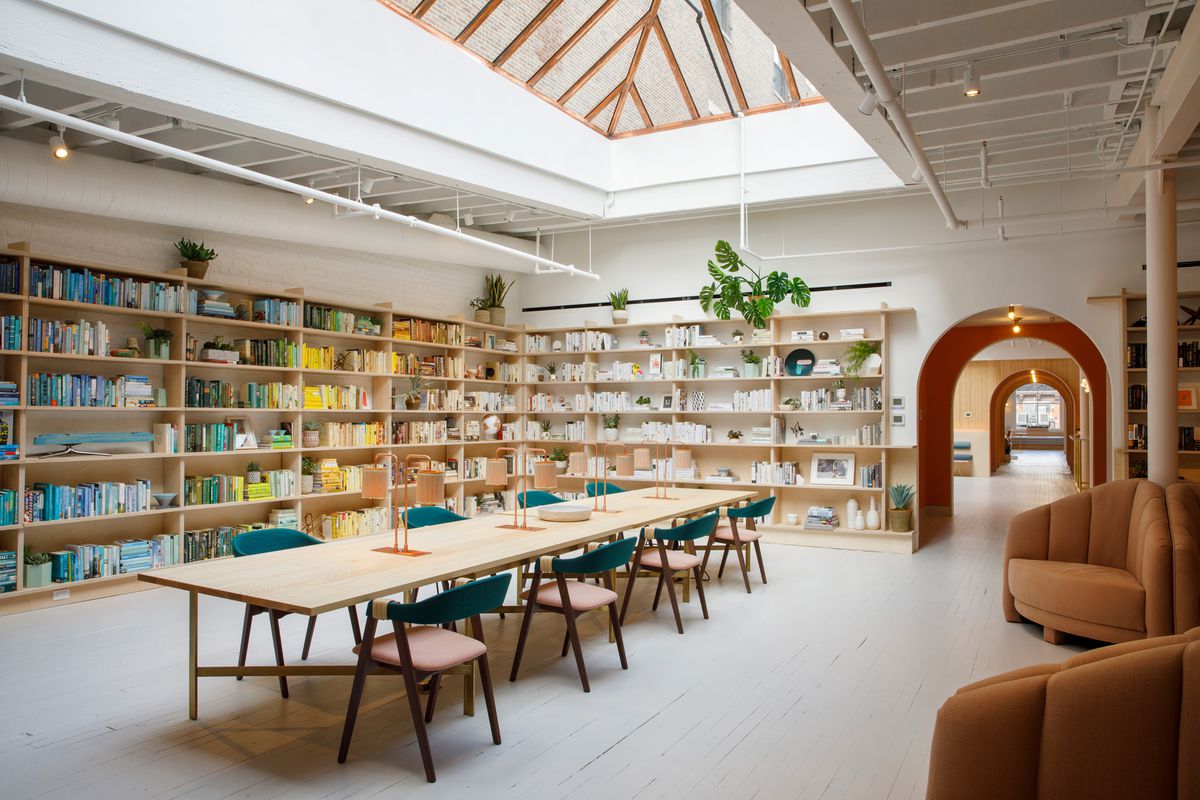 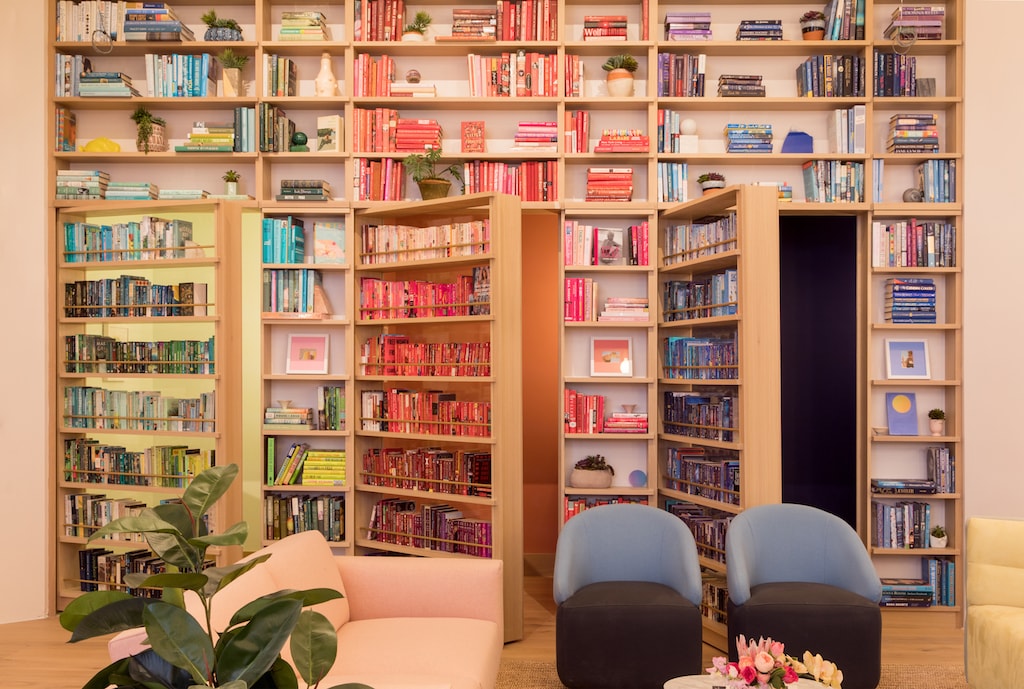 The Wing Dumbo secret rooms, Courtesy of The Wing

Have you heard of The Wing? Share your thoughts below!