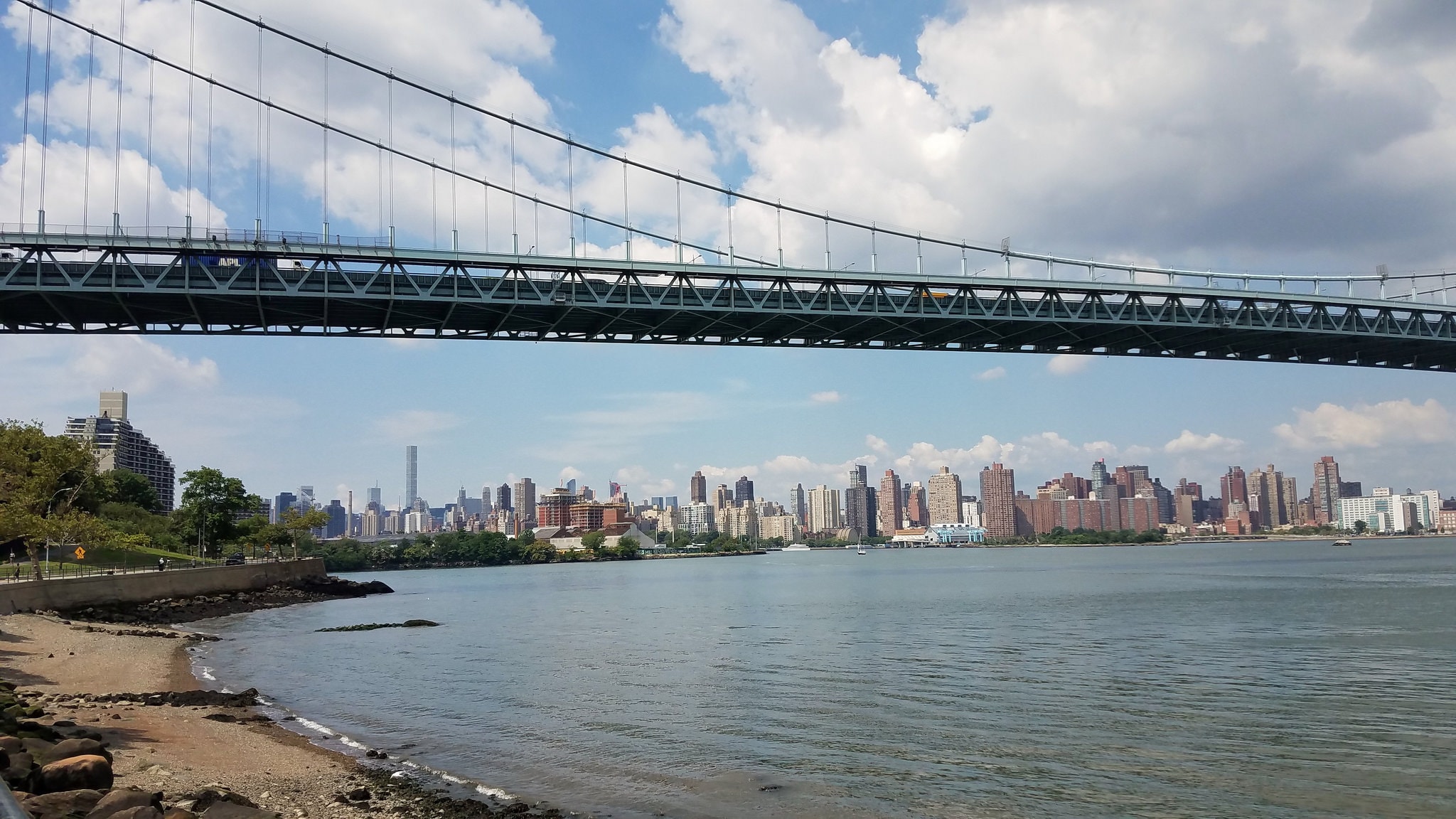 Just four stops away from Midtown Manhattan and 20 minutes walking from the East River is the multicultural neighborhood of Astoria, where global flavors, style, and creativity converge.

Historically home to a thriving Greek culture, Astoria is now as much known for its blossoming artistic community and eclectic food scene, as it is its family-run Greek tavernas.

Back in the 1800s, Astoria was a playground for Manhattan’s wealthy who owned large homes in what is now known as ‘Old Astoria.’ Originally called Hallett’s Cove after the first landowner, William Hallett, Astoria’s present name came from American millionaire, John Jacob Astor, who invested in the neighborhood back in the 19th century.

Today, Astoria is a respite from the endless traffic and swelling crowds of Manhattan’s streets, offering the best of NYC in a small, laid-back neighborhood. There is a palpable charm that permeates Astoria, as though you’ve stumbled across a best-kept secret that won’t stay hidden long. From the Museum of Moving Image and the historic Kaufman Movie Studios to the mom and pop owned eateries and local boutiques, a perfect day in Astoria start on Broadway. 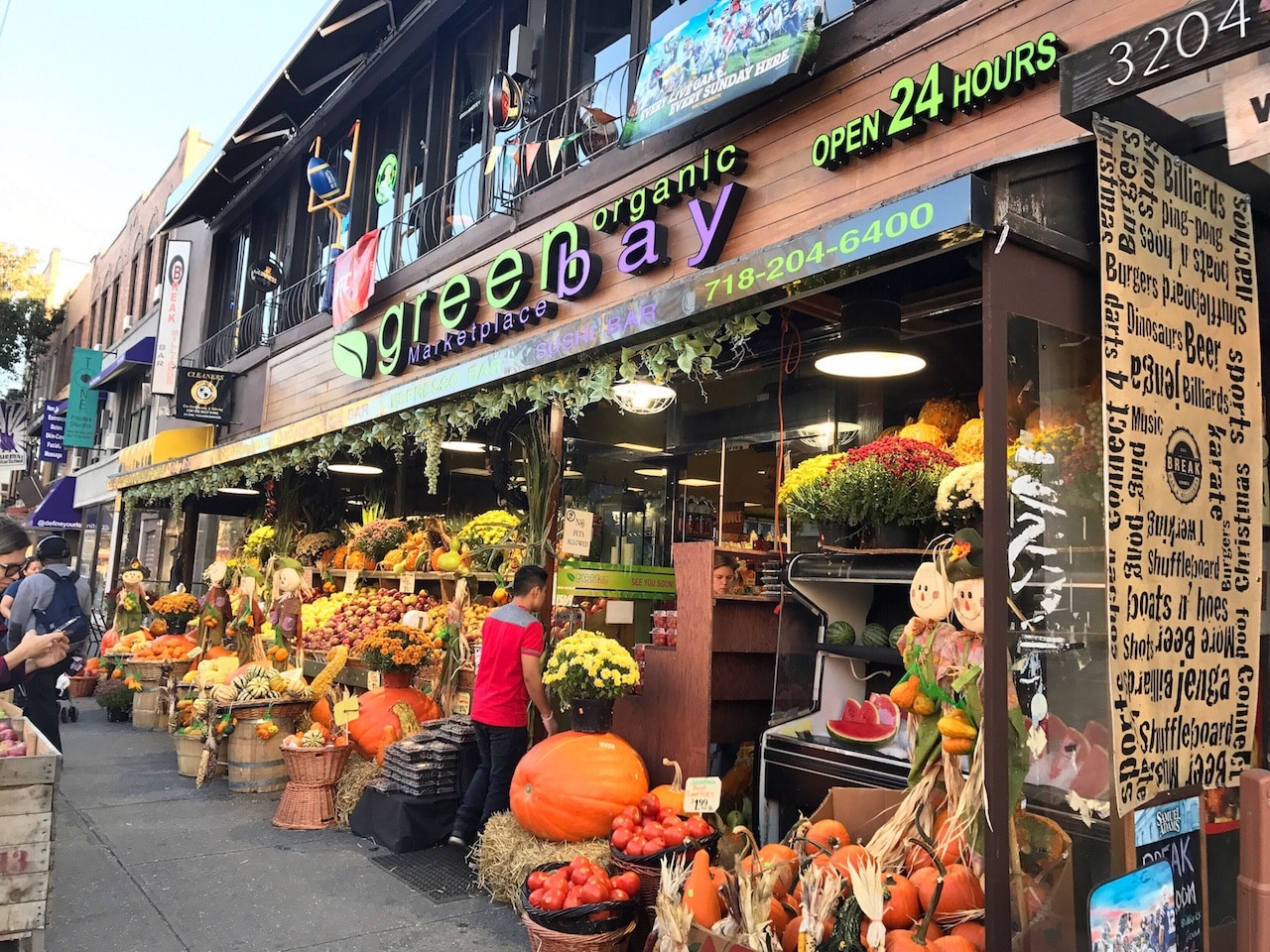 Get off at Broadway and as you step out from beneath the shadow of the overhead train tracks, you are greeted with Greenbay Marketplace whose storefront spills out onto the sidewalks with an autumnal bounty of pumpkins, squash, gourds, and apples. The marketplace—a favorite amongst locals—is flanked on one side by a trendy new Mexican joint, Las Catrinas, whose killer tacos and micheladas make for a perfect post-work treat.

On the other side of Greenbay Marketplace is Break Bar and Billiards, whose upstairs joint oversees Broadway and combines drink specials with a variety of bar games. Down the street from Break Bar and Billiards is a local Astoria shop that, due to its wild success, has opened three locations within a one block radius. Welcome to the Lockwood shops: Lockwood Paper, Lockwood Style and the Lockwood Flagship store.

Cute, quirky, devastatingly adorable and utterly unique; the Lockwoods both celebrate Queens culture, local artists and sell damn good stuff. Lockwood Paper specializes in custom notebooks, hand-illustrated cards, and Rifle Paper & Co notepads, while Lockwood’s flagship sells everything from literary-inspired candles (currently obsessed with the Mark Twain one) to home goods that seem to evoke the attitude of Urban Outfitters with the delicate charm of Anthropologie. 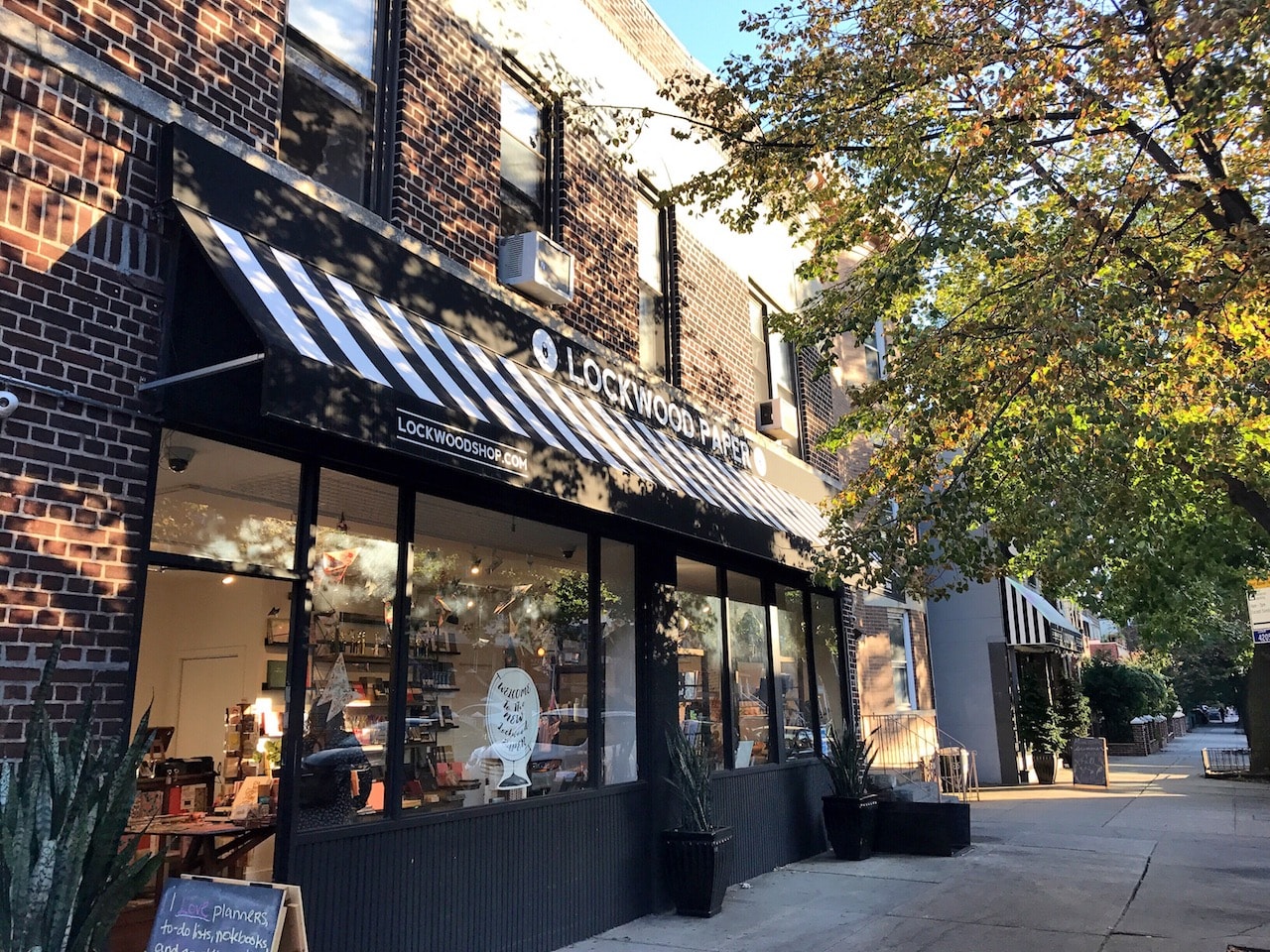 Of the three Lockwood shops, it is Lockwood Style that is the crown jewel. It is with no exaggeration that I confess my entire wardrobe is defined by Lockwood Style and their incoming fashion selections, which they share daily on their Instagram. Suede wrap skirts, luxurious sweatshirts, darling flats and blue velvet wrap dresses lend quality to the affordable style sold at this Astoria boutique.

On the corner of 33rd Street and Broadway, around the corner from the Lockwood shops, is Yoga Agora. Yoga Agora’s well lit wooden studio has exposed brick walls and floor-to-ceiling windows framed by billowing white curtains that look out on Broadway. The beautiful space offers daily yoga classes and candlelit meditation sessions to aid in the mandatory de-stressing at the end of the work week. 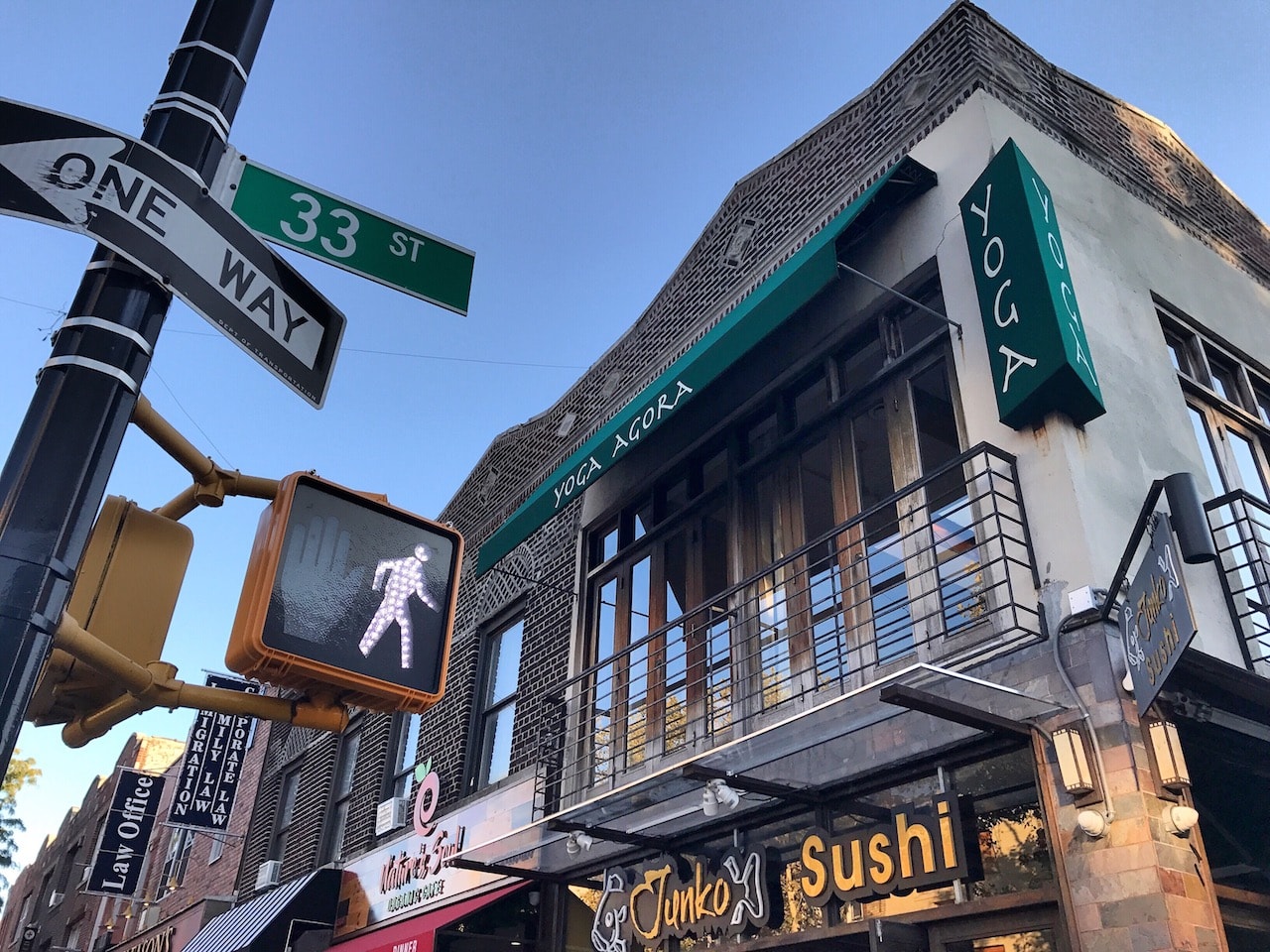 Colombian, classic Italian and Greek haunts will tempt you with the promise of exotic dishes. Keep going because on 38th Street and Broadway is District Saigon, a family run Vietnamese restaurant whose killer phó is one of those life affirming, soul restoring meals people swear by.

For an afternoon pick me up, take a stroll to the corner of 33rd Street and 31st Avenue (one block over from Broadway) where locally owned café, Madame Sous Sous, attracts as many aspiring writers as it does Greek families. With outdoor seating and pastries brought in from famed French restaurant, Balthazar, Madame Sous Sous is a French-inspired boulangerie that brings together Astorians from every walk of life.

Around the corner from Madame Sous Sous, on 31st Avenue between 34th and 35th Street, is Milkflower Restaurant, a locally owned pizzeria whose rustic style and creative pies brings together diners from all over the neighborhood. For dessert, stroll up 34th Street to the newest shop to open its doors, Chip. Astoria’s answer to Manhattan’s Insomniac Cookies, Chip serves coffee and freshly baked cookies (funfetti, s’mores and Mexican chocolate are just a few of the flavors).

After munching your way through Astoria à la Pac-man, a walk to either the Museum of Moving Image or Astoria Park is in order. For Astoria Park, take the 20 or so minute stroll to the waterfront, where rolling lawns and towering trees sway languidly under the shadow of the Robert F. Kennedy Bridge. From the park, you can watch the sunset over the East River and Randall’s Island across the way.

The Astor Room is a restaurant founded in the 1920s, back when Rudolph Valentino, Mary Pickford, Charlie Chaplin, Gloria Swanson and W.C. Fields all filmed at Kaufman. It’s said that, in between scenes, Chaplin and his contemporaries would come to the Astor Room to sip champagne and enjoy a meal. 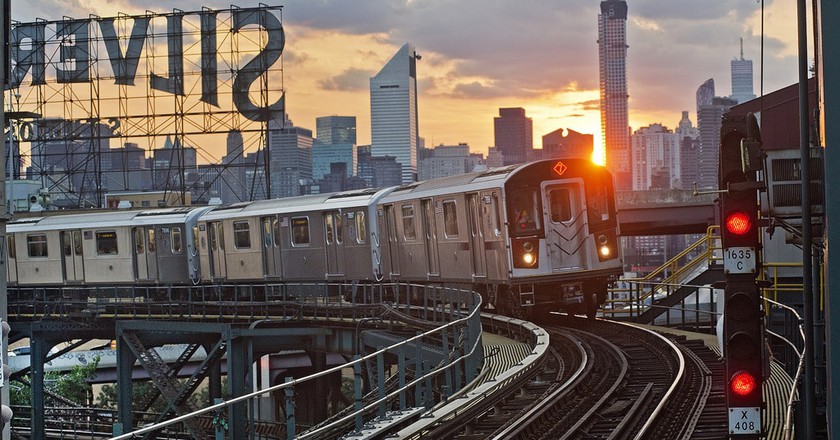 So you see, dear reader, Astoria is a destination in itself! A food lover’s haven, a shopper’s dream, a multicultural getaway and historic enclave of New York City that is all too often overlooked.

While the popularity of other neighborhoods, such as Brooklyn’s Williamsburg, has almost destroyed the very essence that attracted people there in the first place; Astoria remains largely intact. Yes, investors are swooping in to snatch up the prime real estate. True, mainstream chains such as Starbucks, have moved in; but overall, the neighborhood still has that local pride, that family-owned vibe, and that incomparable charm.