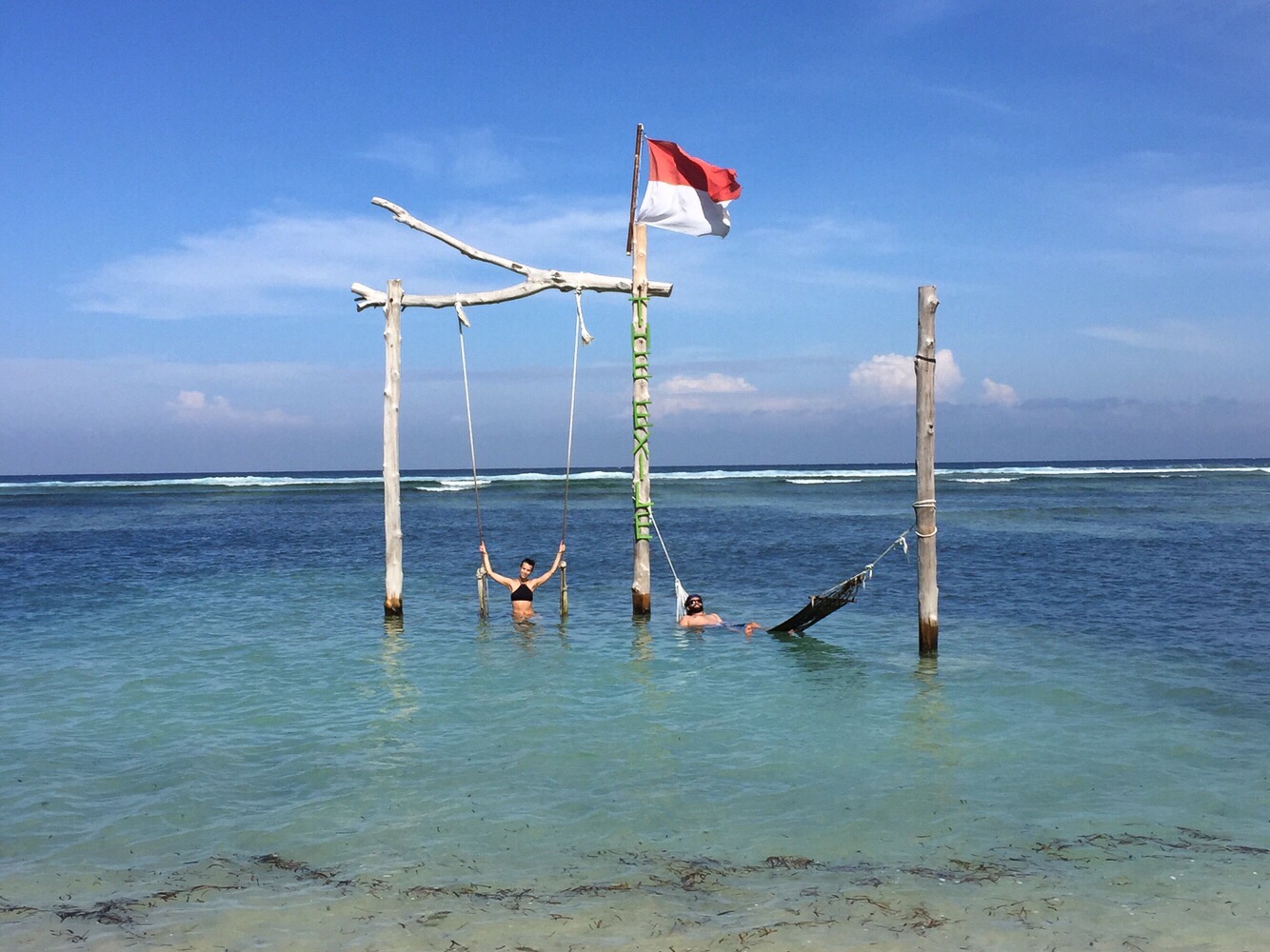 The Gili Islands—made up of Gili Trawangan, Gili Meno and Gili Air—are a 1.5 hour boat ride from Bali and off the coast of Lombok Island.

Known for their white sand beaches and Caribbean-blue waters, the islands are a magnet for couples, backpackers, divers and partiers alike. Of the three islands, Gili Trawangan is the most developed and a popular haunt for the young twenty-something backpacking crowd. If time is limited, here is how to make the most of one day on Gili Trawangan.

Unlike neighboring Bali, which can often get snarled in traffic, Gili Trawangan does not allow motorized vehicles on their fair island. Instead, visitors to Gili T—as it’s nicknamed—will find bicycles and horse-drawn carts as the main mode of transport. 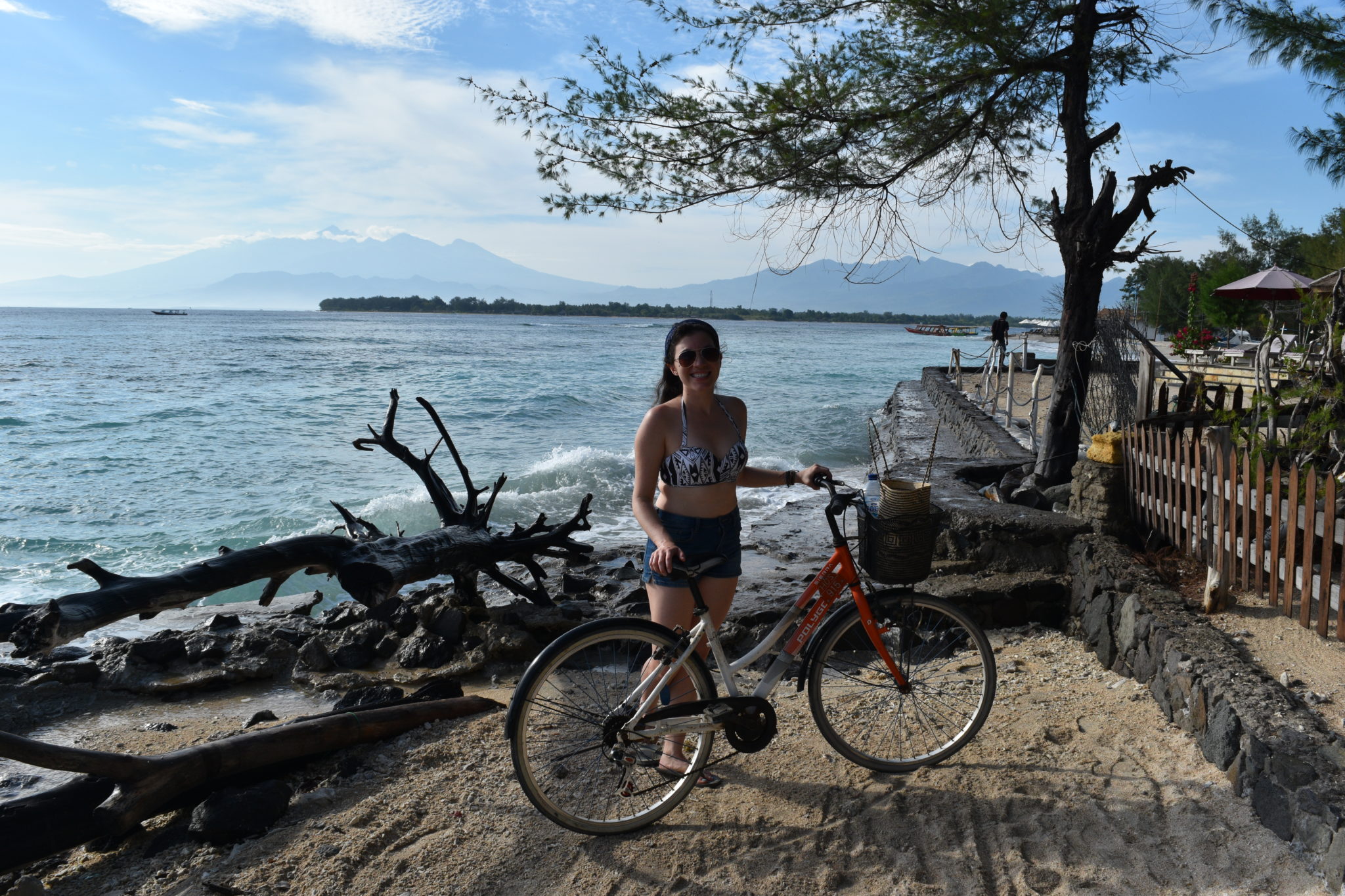 It takes roughly two hours to circle the perimeter of Gili T by bicycle, which is best done in the early morning when the streets are relatively empty and free of tourists and other cyclists. While biking the island, you’ll come across beachside cafes, bars, spas, yoga studios and plenty of shops to explore. Keep an eye out for Pituq Cafe, which is considered one of the best breakfast spots on the island offering healthy vegan food, fresh juices and coffee.

Be fair warned, that a bike trip around Gili Trawangan will not include your average paved bike paths. Rather, you will find yourself cycling over sand-strewn roads, through jungle foliage and even precariously taking your bike along a ledge with waves crashing against your feet. As this writer unfortunately learned the hard way, it is best to leave valuables at home during this bike ride as you may get unexpectedly splashed. 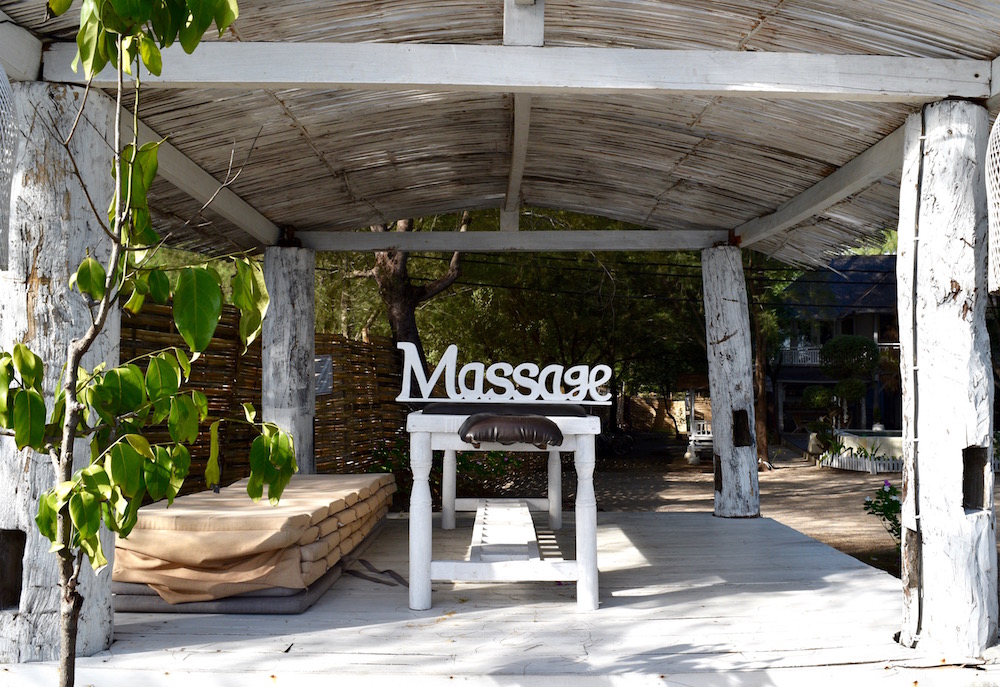 While some people may not be immediately familiar with Gili Trawangan, chances are they have already fallen in love with its star attraction: the Hotel Ombak Sunset swing, known as the Datu Swing. Claiming to have been the first sea swing on the island, it sky-rocketed in popularity after MTV Australia published a story in 2015 on the best scenic activities on Bali and Gili. 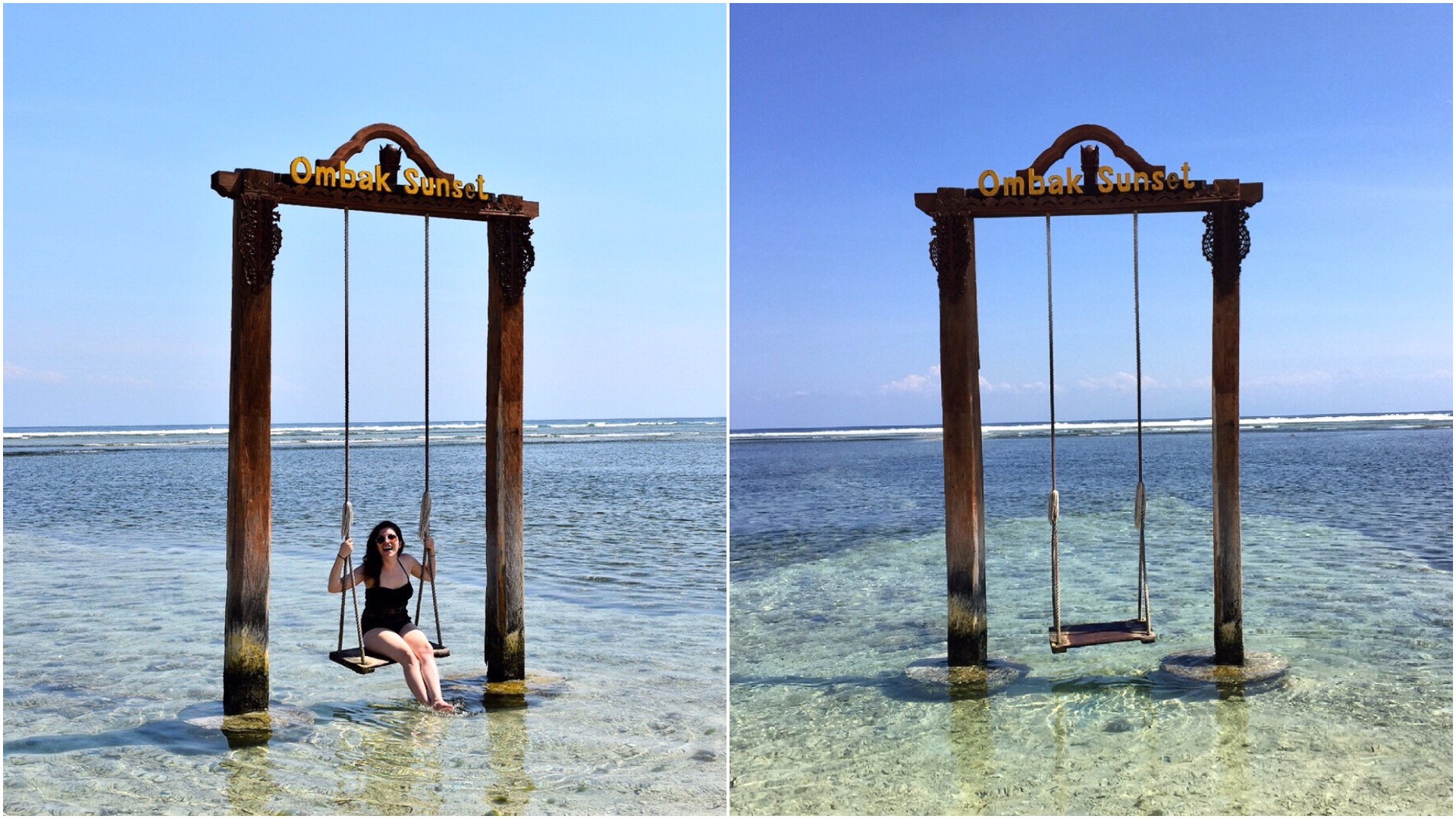 Since then, Gili Trawangan has become an unofficial island of sea swings and hammocks, enticing travelers from near and far to snag an enviable Instagram photo. While there are now swings found at many bars and cafes around the island, the original one still draws crowds every evening at sunset. Behind those idyllic sunset shots on the Datu Swing is a line of travelers waiting for a two minute turn while photographers offer to take photos for a fee.

To avoid the crowds, head to Hotel Ombak Sunset in the afternoon (you don’t need to be a guest at the hotel to visit the swing) and spend as much time as you want taking photos. In front of the swing, you can have lunch on the beach in front of the hotel, which has tables set up right on the sand.

Each side of Gili Trawangan offers a different scene that suits different travelers. The north is best suited to divers and snorkelers looking for unparalleled marine life viewing. The east, which is where the boats will drop you off, is lined with hostels and beachfront bars. The east is considered the partying mecca of the island, and is where you should go if looking to have a piña colada-fueled dance party on the beach with other backpackers. 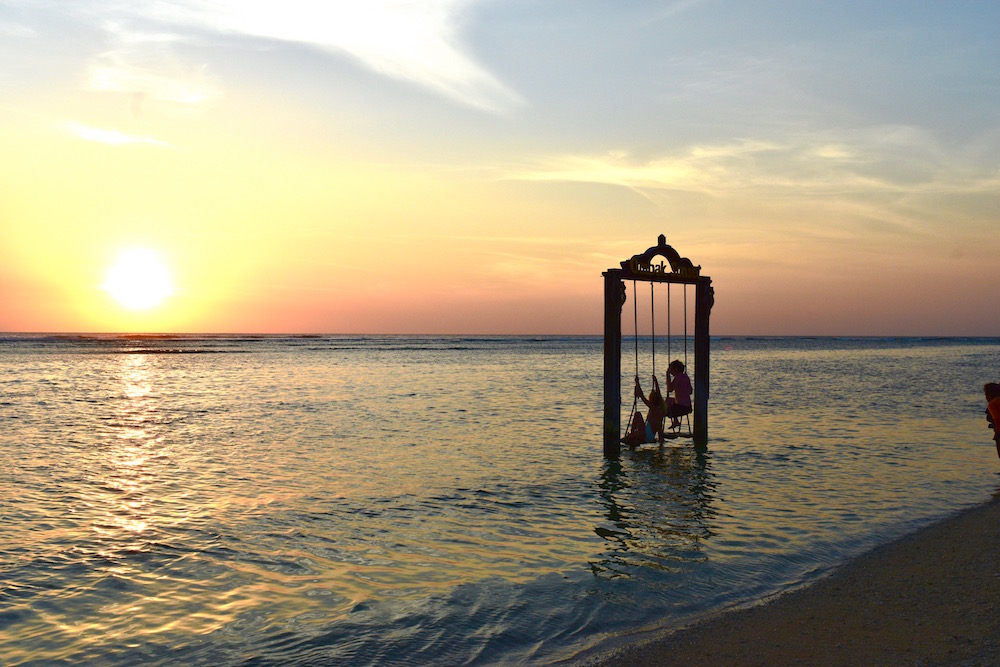 The west side of Gili is home to upscale hotels and boutique resorts, and caters to a slightly older crowd, romantic couples and families (this is where you’ll find the famed swing). Depending on your style of travel (partying, romantic, quiet, etc.), your evening will likely take you to the side of the island that best suits you.

Wherever you go, start your evening in the south to watch the sunset. The southwest portion of Gili is said to have incredible sunset views that are complimented by the Pasar Malam night market, where travelers can enjoy barbecues and an assortment of local specialities.