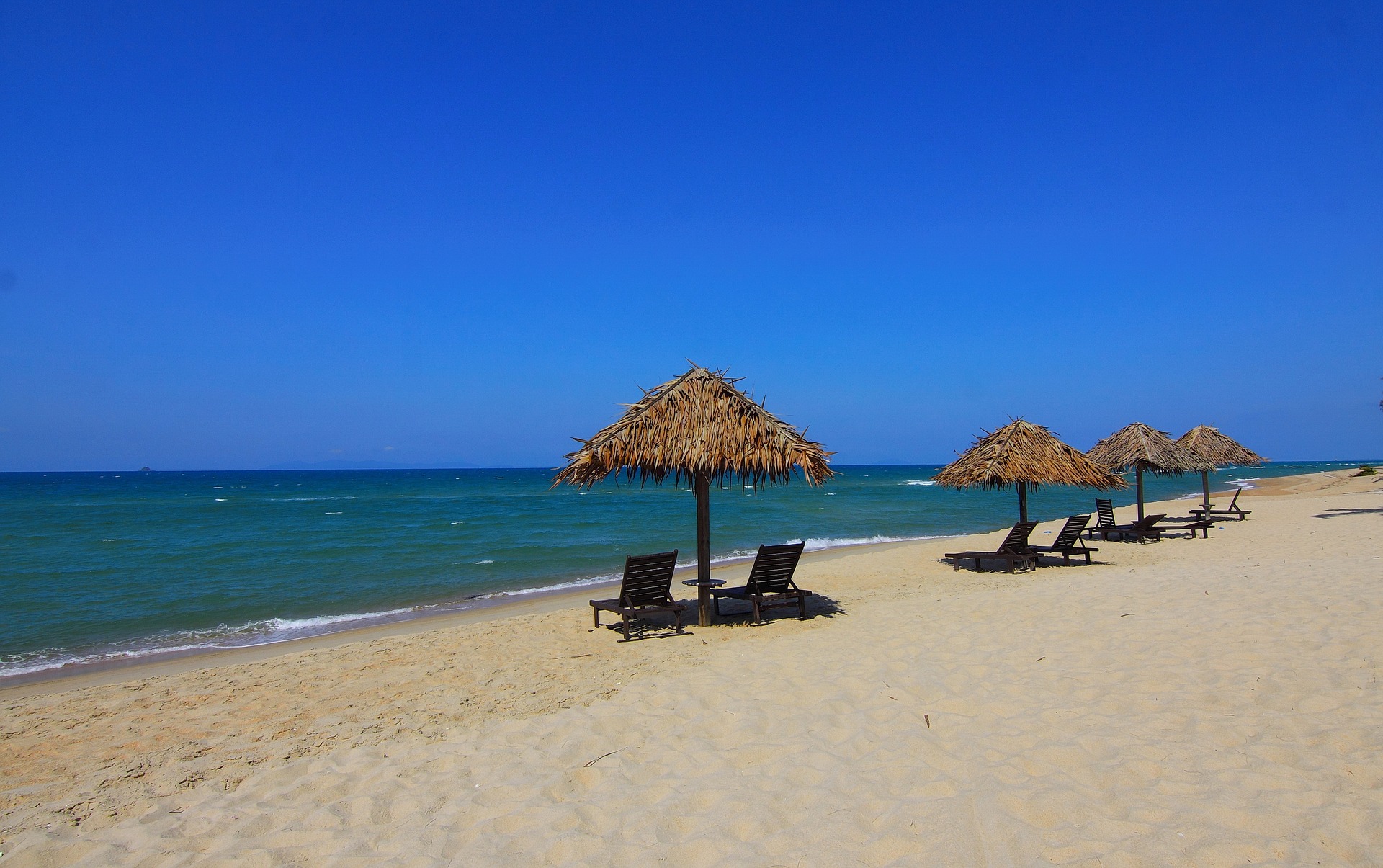 It is 9 am in Cartagena, Colombia and I am waiting for my ride to Isla Baru. I have been to the island twice in the past but this will be the first time I have ventured to Baru by car (evidently a new option that came with the recently constructed land bridge).

I have been to Isla Baru as a day-tripping tourist, as a hostel-goer and now a hotel guest and am already liking the ease with which I am able to load my suitcase and hop on the clean, air-conditioned van for the 45 minute trip to the island. 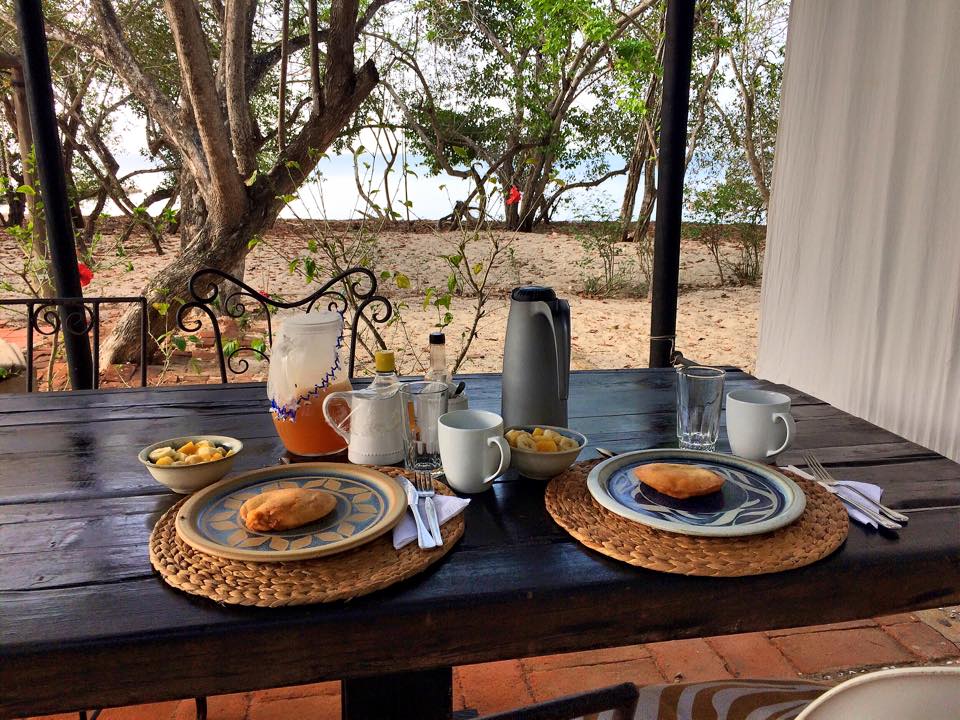 The van pulls up at a rustic and charming hotel, Playa Manglares, nestled on the beaches of Isla Baru just a 10 minute ride away from the ever-popular Playa Blanca beach. Chickens roam the premises, the dining table is outdoors where communal, homemade meals are enjoyed just steps from the ocean, the private rooms are large with mosquito-net draped beds and open air showers.

On the other side of the island, day-tripping tourists are piling onto the beach, turning paradise into a cross between Six Flags Great America and Ft. Lauderdale during its high season; while I am swaying lazily in a hammock with an undisturbed view (albeit some local fishermen in a canoe) and a serene beach. Around 3 pm, I will head to Playa Blanca to enjoy its white sand beaches and turquoise waters after the hoards of tourists leave. Like a well-kept secret, the way to enjoy Playa Blanca is to simply stay on the island. Here, I share my Playa Blanca cheat sheet to make the most of your visit.

Everywhere in Cartagena vendors will advertise packages to the nearby islands that they swear is “the best deal” you can get. They’ll approach you at restaurants, stand with clipboards on the street, approach your towel on Bocagrande’s beach; always promising that they have a “promotion” to the islands.

The packages to the Islas del Rosario will vary in price but will invariably include a lunch ticket, a round trip boat ride, the option to snorkel (extra cost) and at least 3-4 hours of beach time on Playa Blanca. The first time I visited Playa Blanca I bought into the packaged deals and–although enjoyable–found that the main event of visiting the beach was unfortunately short lived with only a fraction of the day spent on the sand. I hadn’t been aware that I could spend the night on Playa Blanca and save money doing so.

Plan to Spend the Night

There are perhaps a handful of accommodations on Isla Baru to choose from–including modest hostels nestled on the sands of Playa Blanca for $25/night to nicer-yet-still modest hotels that afford you your own working bathroom, shower and meals. Rather than wait at Cartagena’s marina with sleepy day-tripping families and their caravan of kids and inflatable toys; the hotels arrange door-to-door transportation to get from Cartagena. Spending the night on Isla Baru affords you more time to enjoy the beaches as well as avoid the tourist hours of 12-3pm when Playa Blanca is at its least enjoyable. 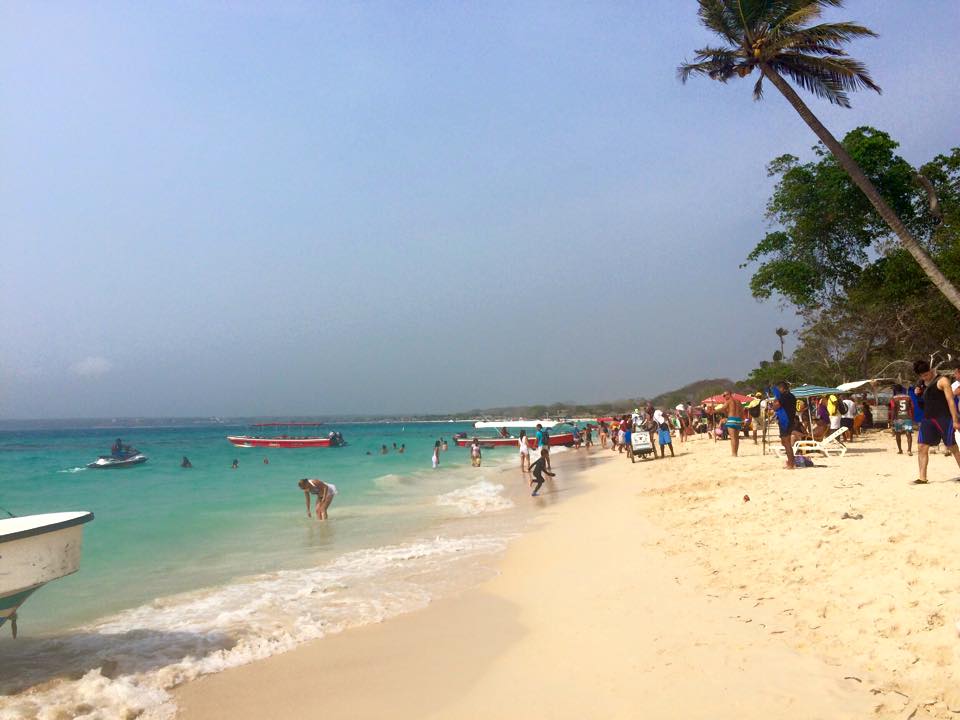 Head to the End of Playa Blanca Beach

Perhaps you don’t have time to spend the night at Isla Baru and are looking for tips on how to enjoy Playa Blanca for just the day. The best advice is to head down the beach towards the hostels all the way on the left side of Playa Blanca. Most of the tourists tend to congregate on the right side of the beach where the boats dropped them off, so as a result that area is heavily trafficked by adults, vendors, running children and locals. Walk down the beach a bit and you’ll see the chaos of Playa Blanca slowly give way to a calmer area where the people staying at the hostels tend to spend time. Need to work on a beach vacation? You can plan ahead and get free trials for Cloud services from CloudDesktopOnline and CloudAppsPortal that allow you to access Windows PC apps and files from any device.

Forget the Umbrellas, Head to the Hostels

Similarly, when you arrive on Playa Blanca you’ll be offered cabanas, umbrellas, and beach chairs to rent for the afternoon. All the tourists will huddle under umbrellas, not knowing that a walk down the beach will afford them more room, meals and a calmer environment. On my last visit to Playa Blanca, I rented a shaded hammock at a hostel for the afternoon where I had access to a restroom, the hostel’s restaurant could comfortably leave my stuff and was in front of the water.

Eat at the Hostels

Likewise, the hostels tend to have better meals (usually fried red snapper, coconut rice, plantains and a little salad) as well as drinks and fresh fruit. The tourists (many who already come with a lunch ticket from their packaged deals) will be stuck eating at a dirty, mess-hall style hut where everyone is huddled on benches and stuffing their face with red snapper that seems assembly-line made and is questionable.

Check out my ULTIMATE GUIDE TO CARTAGENA, COLOMBIA and share your comments, stories and questions below!