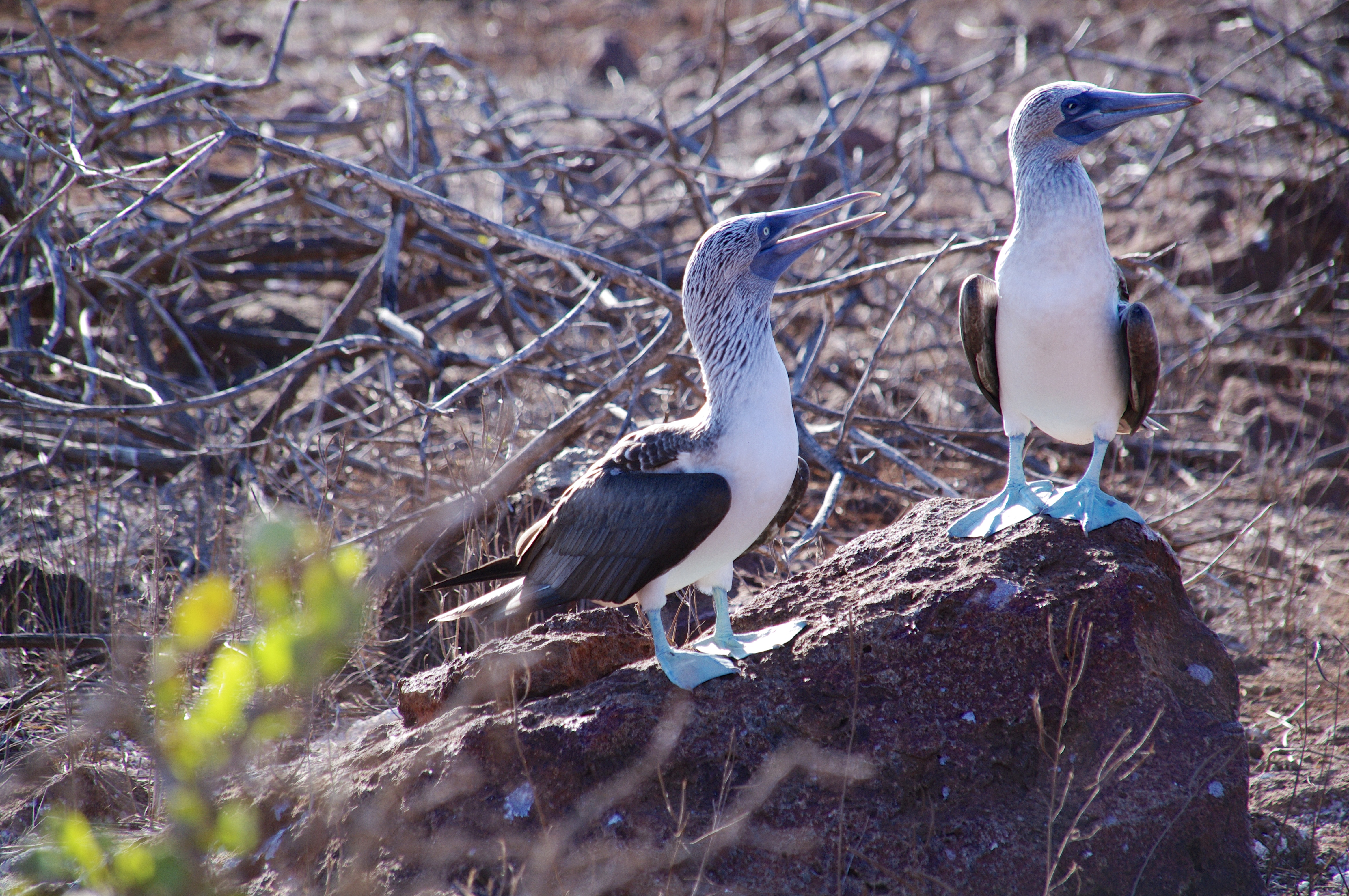 “For the first time in a long time I don’t feel bored or tired.”

The Romanian woman relaxed her face and lowered her shoulders, as if finally absolving herself of a sin that had grown too heavy to bear. She looked back and smiled into the wind as the dingy raced towards our ship, the Santa Cruz II. Behind us was North Seymour Island, one of the Galapagos’ many fairy tale destinations. The small speck of land is what one might think of when conjuring up images of Eden.

Here, absent natural predators and allowed to evolve without human interference, Galapagos’ delicate wildlife has developed a near unrivaled harmony with its surroundings. “Look! You are seeing something amazing!” the guide shouted as we set out on another mid-day activity. On the tiny makeshift dock a flightless cormorant was quietly nesting. The bird – which lost the ability to fly long ago and is found on only two islands in the world – sat smack dab in the center of our narrow path. “Please be careful and walk around her,” the guide instructed, as the boat slowly approached the island. We did as we were told, gingerly tiptoeing inches from the bird. The cormorant remained still, seemingly unaware of the foreign creatures invading her privacy. 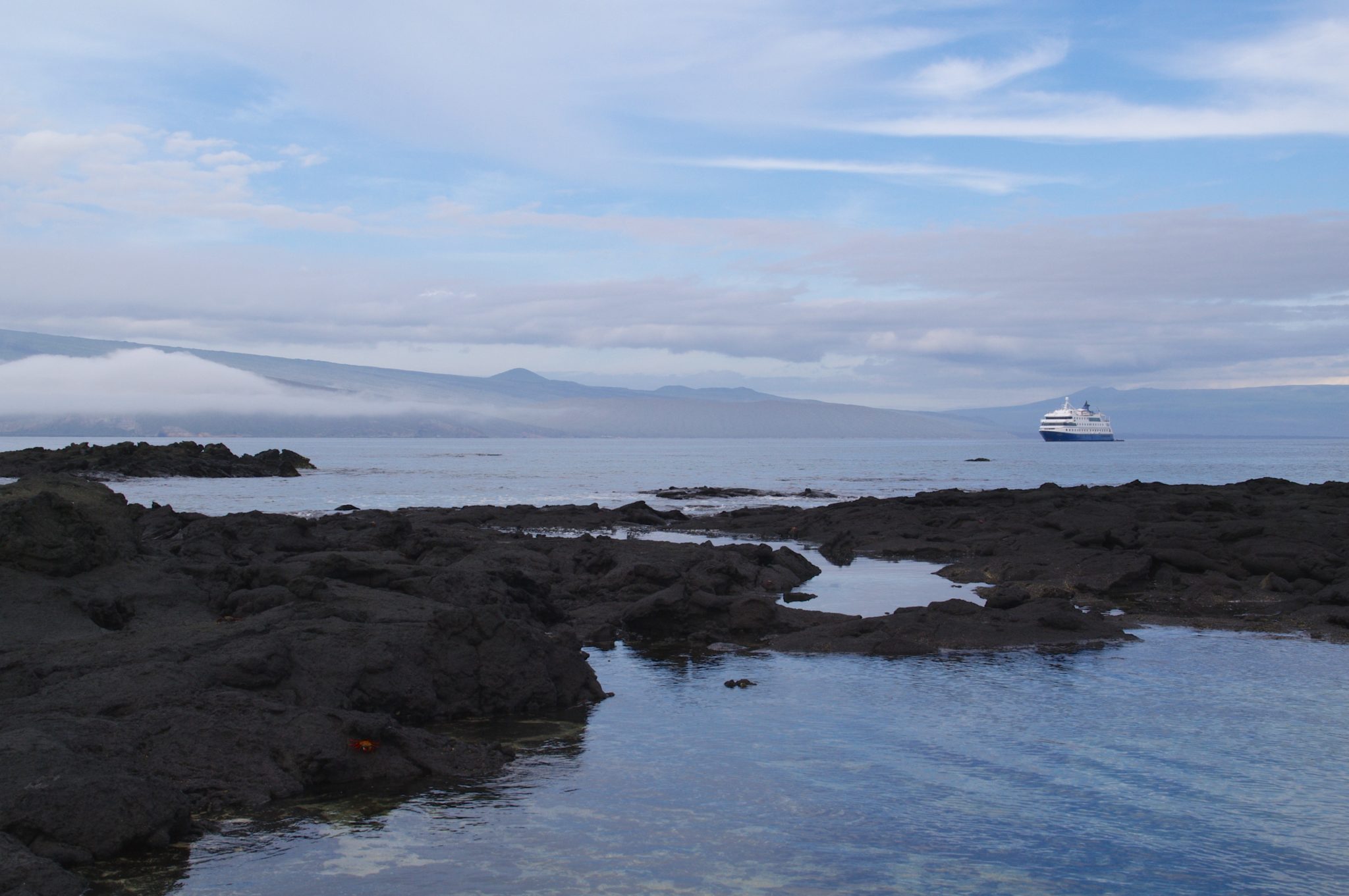 This is, perhaps, the Galapagos’ most enticing wonder. The islands’ exotic wildlife is strikingly at peace with itself and lives seemingly untroubled by the boats of bright-eyed tourists lining up to visit one of the world’s most protected landscapes. It seems to have always been this way.

The Galapagos went undiscovered until 1535, when a vessel carrying the Bishop of Panama, on a mission to resolve a dispute between two Spanish conquistadors, was blown off course. The Bishop – unable to find a reliable source of fresh water on the island chain – found little use for Galapagos, eventually describing them as “worthless.” The islands stayed that way for centuries, used only intermittently as a base for pirates and buccaneers looking for safe shelter in between bouts of plundering.


The newly independent Republic of Ecuador, roughly 600 miles to the east, claimed the Galapagos for itself in 1832, leaving the 20-island chain sparsely inhabited for the next one hundred years. Today, not much has changed. 95 percent of the archipelago’s land area is now a national park, with the other five percent permitted to maintain a small human population of approximately 25,000 people. 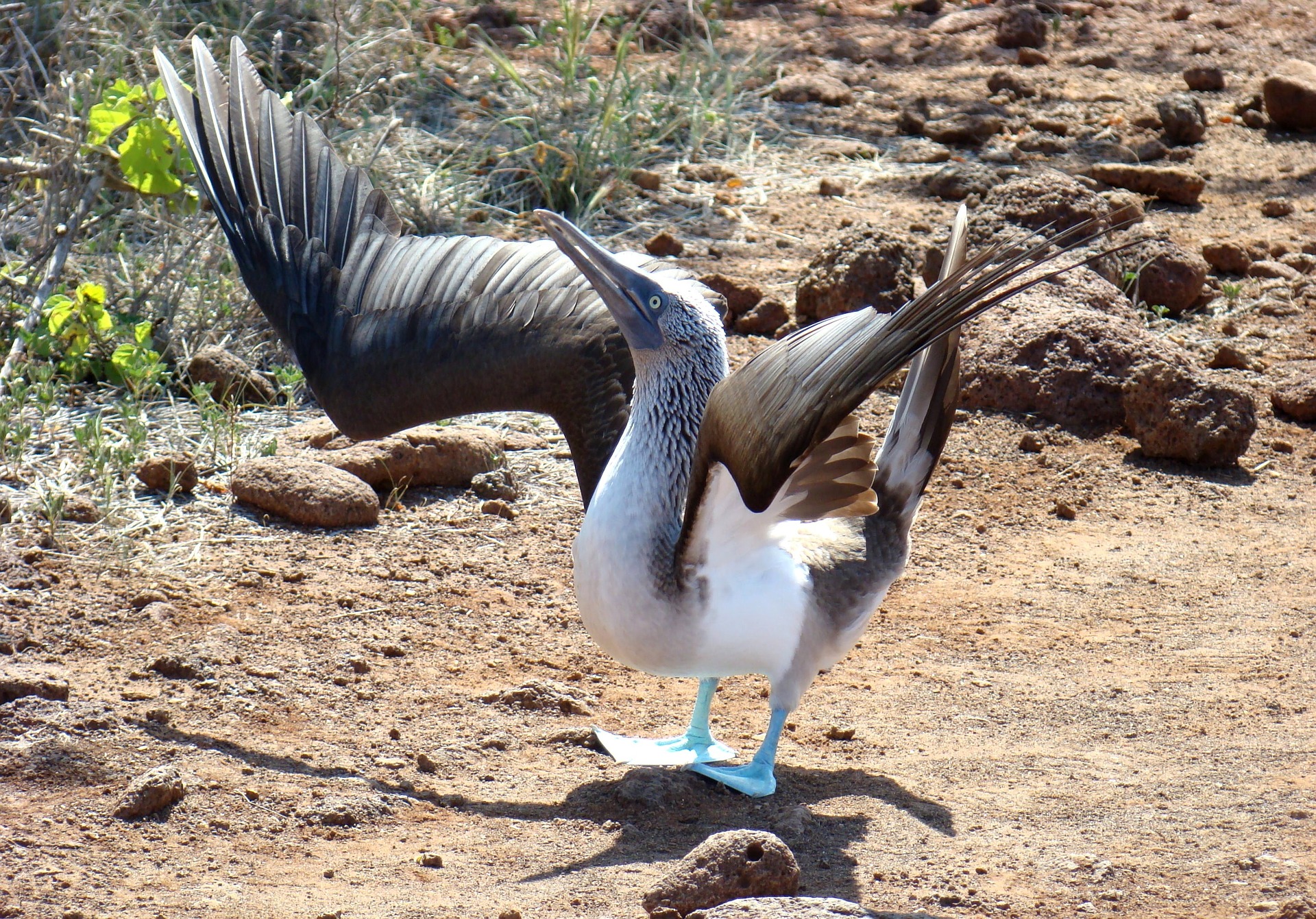 Here, bizarrely red pouched frigate birds and beautiful blue-footed ‘boobies’ share the same bit of rock with mountains of marine iguanas and playful sea lions, as if inoculated from the natural fears of the food chain. Many of these creatures – Darwin’s finches, the famed giant tortoises, and Sally Lightfoot crabs – are extremely endangered and native only to the Galapagos.

Traveling to see these rarities in person is by no means cheap – and independent types may balk at the oversight and bureaucracy involved in a Galapagos excursion. Gone are the days when you could island hop at will or “catch a ride on a mail boat” to the next port. Even the local, native Galapagos residents are not allowed to visit many of the islands absent a formal itinerary and the steep fees that accompany it. 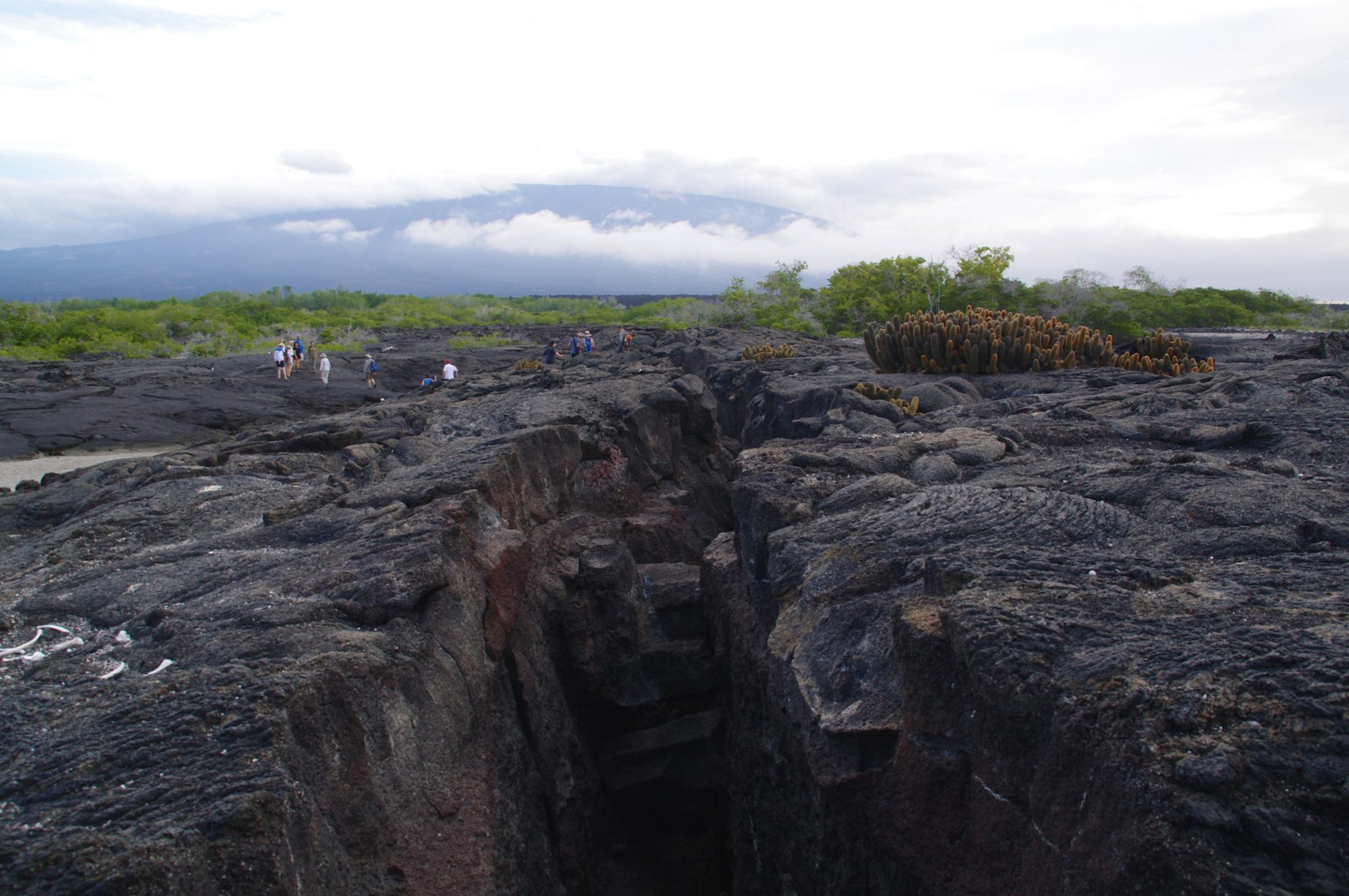 Still, when you see these islands for yourself, you’ll be thankful for the regulations that have prevented the archipelagos from mutating into an over commercialized tourist trap. The government has set a firm limit of 1,660 total beds for all the boats entering the Galapagos’ waters, according to Klaus Fielsch, Product Manager for Metropolitan Touring, the largest and oldest tour operator in Ecuador. Vying for these licenses is a competitive and costly enterprise, akin to the battles over million dollar New York City taxicab medallions (pre-Uber, of course). The restrictions leave the islands feeling vast and solitary, as if heaved into existence for you and you alone – just the way Charles Darwin found them in 1835. Maybe that’s the point. 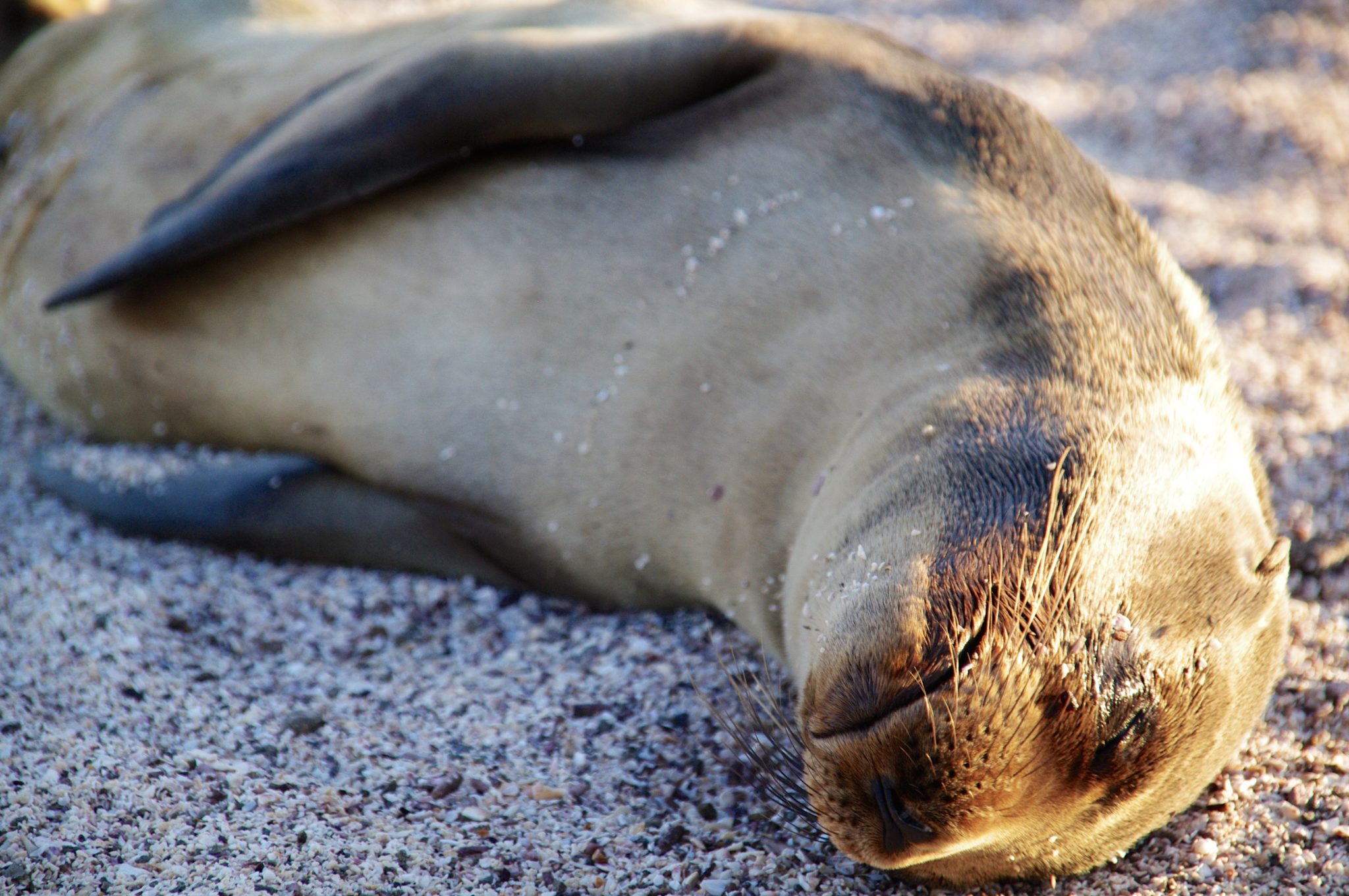 After dinner one night, I saw the Romanian woman from the dingy. Her husband was on the ship’s deck snapping photographs of the sinking purple sunset. She had grown up during the Ceausescu era, she told me – the only former Soviet country to violently overthrow its dictator. “We killed him,” she said to me without hesitation, as if reading from a dictionary.

She had lived and travelled many places – and by all accounts hers had been an exciting life – but here in the Galapagos she seemed better than her normal self, removed from modern distractions and able to reconnect to something innate. “This place is different. This place is special,” she said unprompted. Her words hovered over me as the ship raced on to its next destination, on to the next fragile wonder, and then I realize it…I didn’t feel bored or tired, either. The Galapagos had us both. 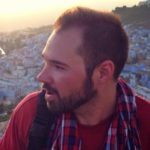 Micah Spangler is a freelance writer based in Washington, DC. His work has appeared in CNN, VICE, Yahoo Travel, and The Week, among others.

Have you been to the Galapagos? Share your experience below!