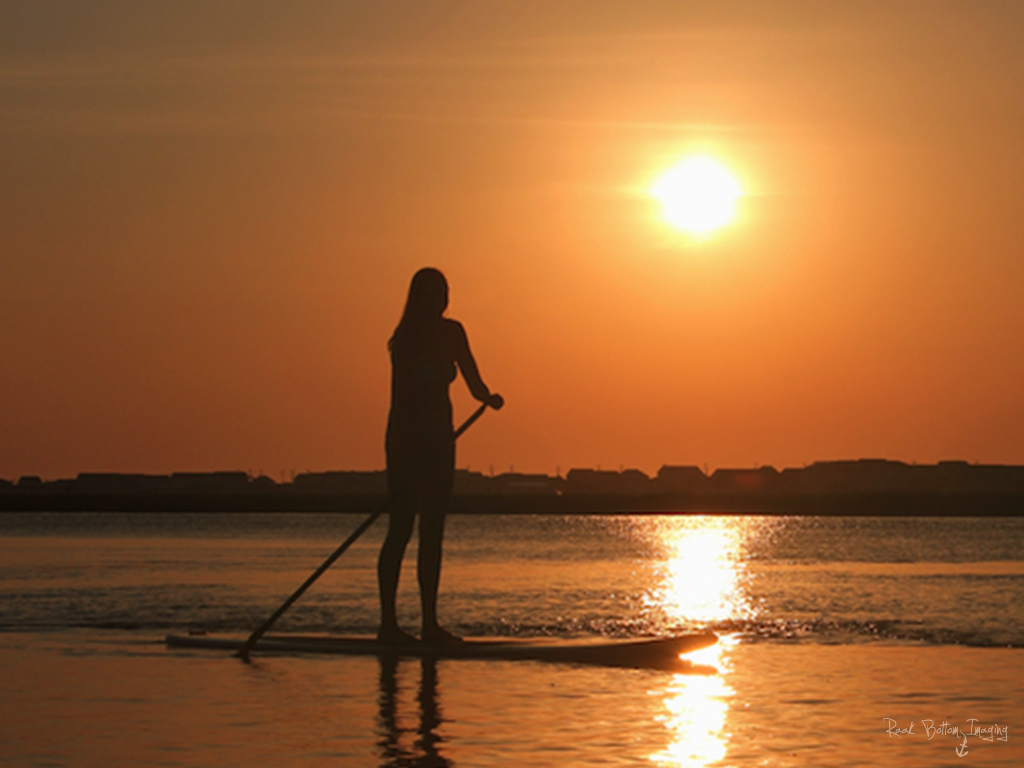 I hadn’t even seen the water when I was convinced that I would fall, get soaked, and smell like Bogue Sound for the rest of the day. It was 8 a.m. and I was at Beaufort Paddle, a stand up paddle board and kayak rental company in the quiet but colorful small town of Beaufort, North Carolina. I was snapping close my lifejacket when I started reevaluating my decision.

Paddle boarding had seemed like a fun way to kick off my second morning in the scenic Crystal Coast region. After all, this was the Southern Outer Banks, a place for aquatic adventures. But all during the drive to Beaufort Paddle, all I could think of was how I had never gone paddle boarding before now. Instead of getting pumped up, I dwelled on my poor sense of balance and general athletic inability.

I didn’t say any of this while talking to the folks at Beaufort Paddle, but I probably didn’t have to. I was as tense as a seahorse trying to remain undetected among the kelp forest. Rod Hoell, the owner and instructor, was a mellow Baby Boomer whose gentle voice and kind eyes gave the hippie grandpa touch I needed. Gradually, I started to relax. 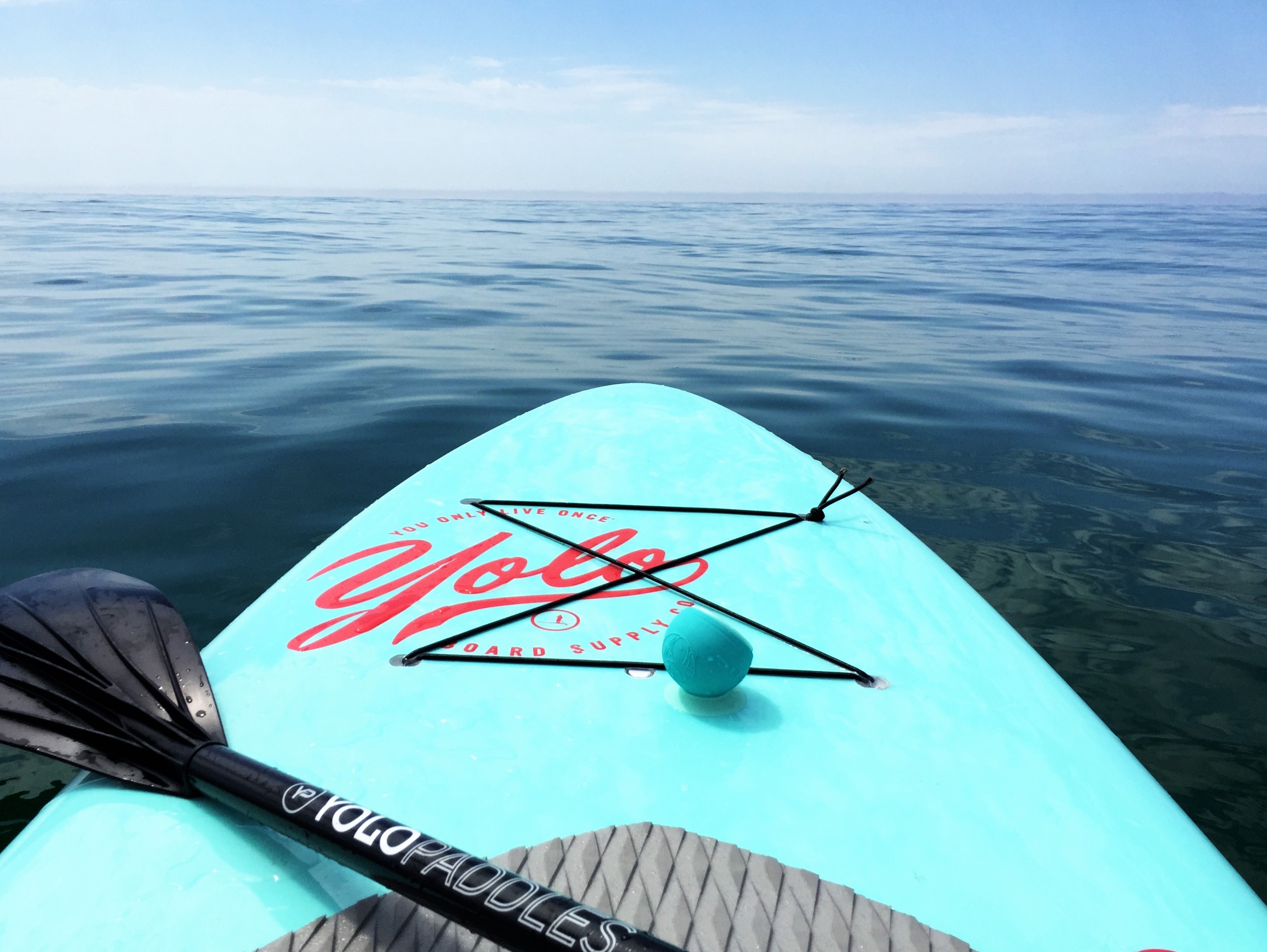 When Hoell gave the word, I went to the spread of paddle boards by the marina. My companions and I listened to Hoell as he asked us to secure the Velcro leash to our ankle and kneel on the board. He talked about how to position ourselves on our boards. Already, I felt wobbly and we hadn’t even reached the water yet, but I tried to relax again and when I did, the board felt less wobbly.

Once we were actually in the water, I couldn’t believe I hadn’t immediately ended up in the water, all covered in muck. So far, so good, I thought. I was alive and mud-free. I paddled around for a bit, still kneeling on the paddleboard, acclimating myself to gliding feeling that I soon came to enjoy.

The experience was similar to kayaking, which I had done a fair amount growing up, but somehow even more intimate. If kayaking brings you close to the water, paddle boarding brings you even closer. The magic comes in touching the water without being in it. It’s a chance to observe the world at water level, not unlike waterfowl. Paddle boarding was sort of like seeing Beaufort from a duck’s eye view. (Make that a very big duck.)

A few minutes into my exploration, Hoell said, “Alright, now get up, Christine.” His tone was friendly, but beckoning.

OK, now I’m really going to fall in the water, I thought.

I pushed myself to stand up very slowly, carefully trying to center myself. When I stood up, I cried, “I feel like a newborn calf!” My legs were shaking, but I was doing it.

My legs shook less and less until I was almost confident I’d be fine. Then “almost” vanished. We left the marina and paddle boarded toward the Rachel Carson Reserve, situated between the mouths of the Newport and North Rivers, and I kept marveling at what I was doing. For a girl whose exercises usually means walking to the New York subway and back, it was probably the closest I’d ever get to winning an Olympic Medal. 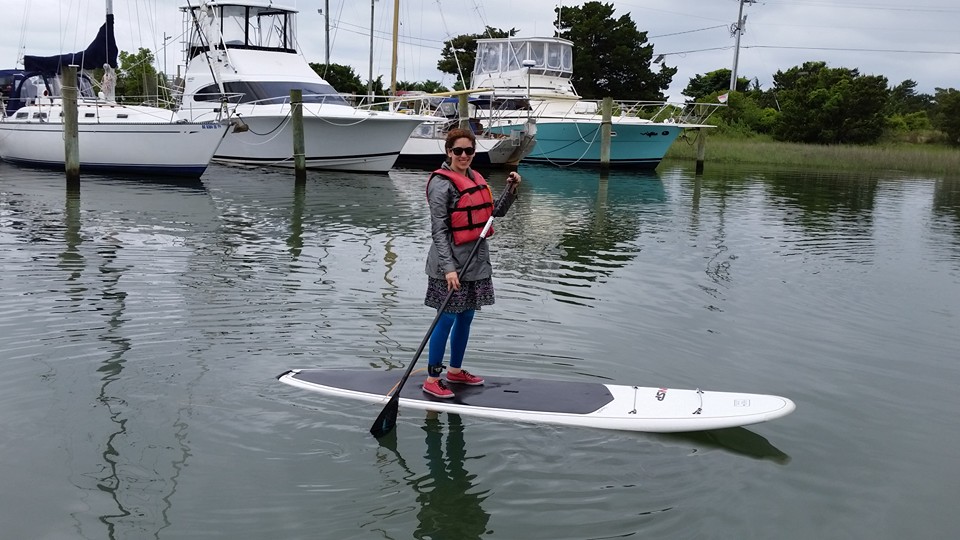 When we stopped at a sandbar to rest, touching the ground was a jolting sensation. Then a sense of relief came over me. The beach was a temporary respite. I was already tired because I was using muscles I didn’t normally use. When we spotted a wild horse eating tender grass shoots several yards away, I saw something of myself. The horse was shaggy and kind of tired looking, too. But she was also hungry. She gingerly made her way toward the water to taste new grass. Step by step, she went closer and closer. She, like me, was ready to taste new experiences. I had to return to the water and resume paddle boarding. Because even when you’re scared, life is meant for adventures. 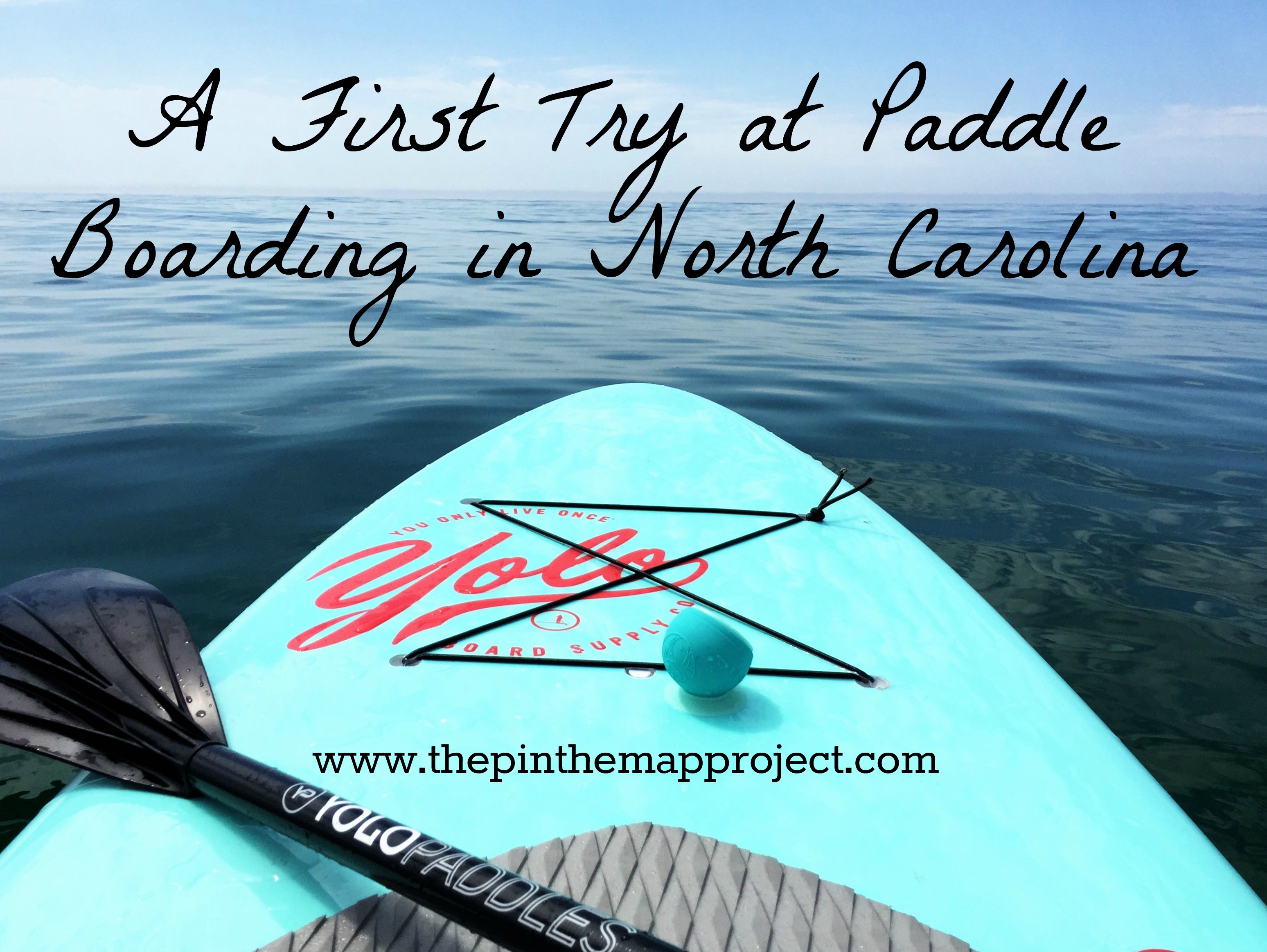 Disclaimer: I was invited by the North Carolina tourism board to experience the Crystal Coast as part of a larger press trip. As always, all opinions and thoughts expressed here are my own.