As the engine revs up, the only sound I hear are the murmuring of excited voices and air traffic control through my headset. The helicopter slowly lifts off the ground as the propellors pick up speed and flies us over the Hudson River and Manhattan. It’s an exhilarating moment–one you can’t help but emit a squeal of excitement over–as you soar above Lady Liberty, Battery Park and by the Empire State Building on a helicopter tour.

I’ve lived in New York City for over four years now and have seen the city from all angles. I’ve seen the Manhattan Skyline from Brooklyn Bridge Park, I’ve seen the curve of Battery Park from Governor’s Island, have seen the regal face of the statue of Liberty from the Staten Island Ferry, have seen uptown, downtown and midtown from each bridge. I’ve seen the Big Apple from 30,000 feet up in the air looking minuscule and from down in the streets looking enormous. I’ve seen New York in every season, have seen this city sparkle in the sun and loom ominously in the rain; but the one angle I have not seen NYC by is from a helicopter.

This past Monday, I stepped aboard my very first helicopter for a 15 minute flight over the Hudson River and up Manhattan’s west side. I arrived with my father (an early Father’s Day gift) at the Helicopter Flight Services building down on Pier 6 by the Staten Island Ferry. The roar of propellors greeted us before we even set eyes on the building, as red and black helicopters landed and took off like a choreographed dance.

We arrived at Helicopter Flight Services and were greeted by a friendly staff who gave us a quick introduction to our flight and shared a necessary safety video. Within 15 minutes, we were walking out to the helipad and boarding a spacious helicopter with 180 degree windows offering large vistas of the scenery below. Headsets are mandatory to communicate with one another and the pilot, who played the role of tour guide throughout our flight sharing quips and facts about the city. 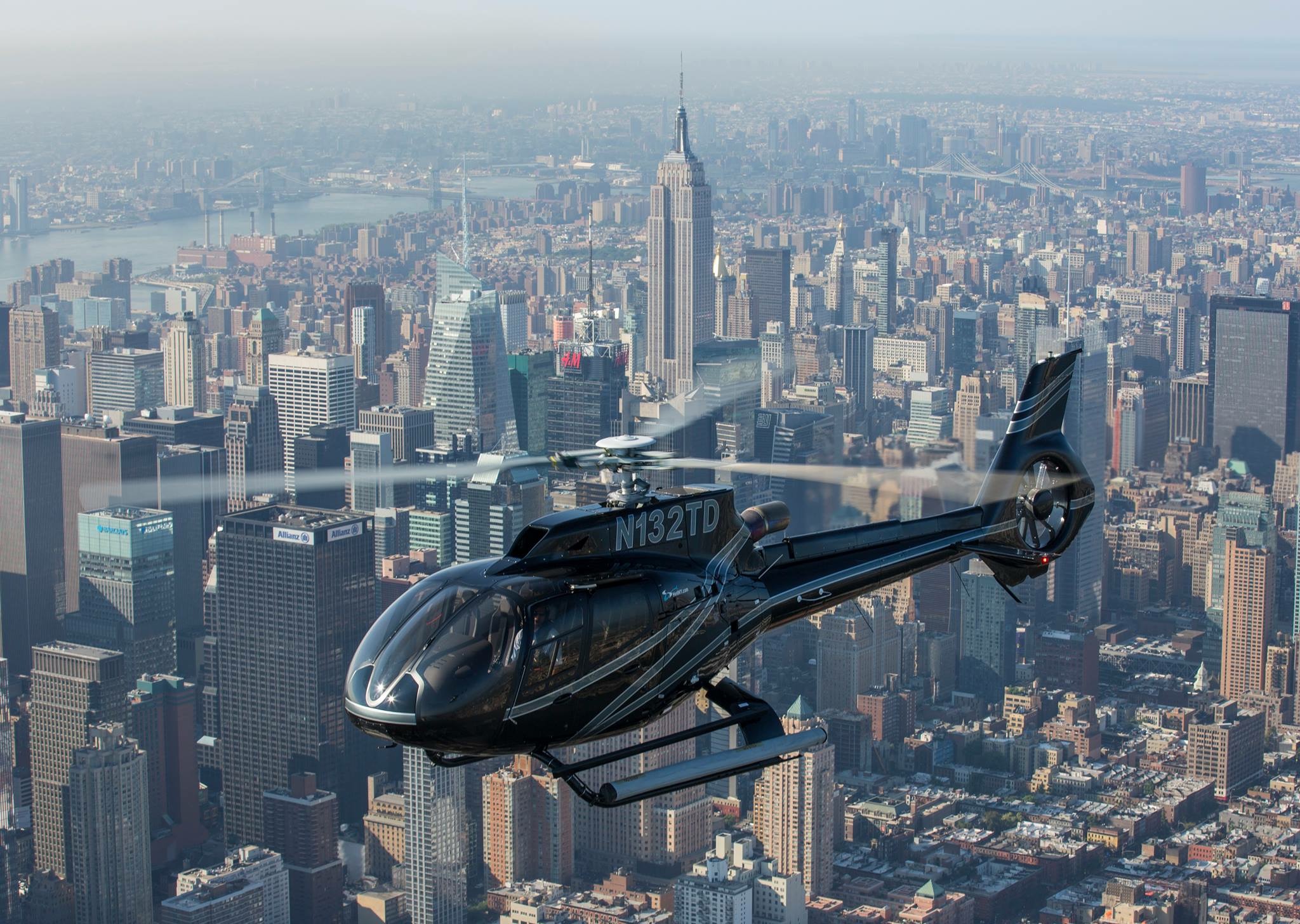 Admittedly, I had assumed helicopter tours to be cheesy tourist attractions but after just two minutes into my flight I could see just how wrong I’d been. Exhilarating and breathtaking, the flight took us past Battery Park, along the West Side Highway and up towards Central Park for views that made me feel as though I was seeing New York for the first time. Being a New Yorker, I can often take the city for granted, can frequently let the crowded avenues, perpetually late subways and expensive prices sway my opinion of the Empire State. Every once in a while though, I step back and remember why I love New York; and as I flew above its streets I was reminded just how beautiful this urban jungle can be.

Helicopter tours with Helicopter Flight Services start at $154/per person and range from 15 minute to 30 minute flights. Packages include:

This 17-20 minute flight takes you up the entire west side of Manhattan from the tip of Battery Park to the Bronx. You’ll see the same sites as seen in The New Yorker package plus Columbia University, Yankee Stadium and the New Jersey Palisades.

This 25-30 minute flight shows you everything both The New Yorker and The Ultimate will show plus takes you beyond Manhattan for aerial views of Coney Island and Brooklyn.

In case the thrill of riding a helicopter isn’t enough, the VIP Air & Sea package offers (as the name suggests) a tour of Manhattan by both air and water taxi. The helicopter flight lasts 12-15 minutes with the same sites seen as The New Yorker, while the water taxi takes you for an evening cruise into New York City harbor for a glittering view of the city in the evening.

Book a Helicopter Tour if…

You are looking for an exciting way to see New York City’s best views and snap some fantastic photos of its skyline. Hands down, the views you’ll snag from the helicopter tour will surpass any photo taken from the top of the Empire State Building or Rockefeller Center. Book your tour with Helicopter Flight Services here.

Have you taken a helicopter ride before? If so, share your experience in the comments section below! 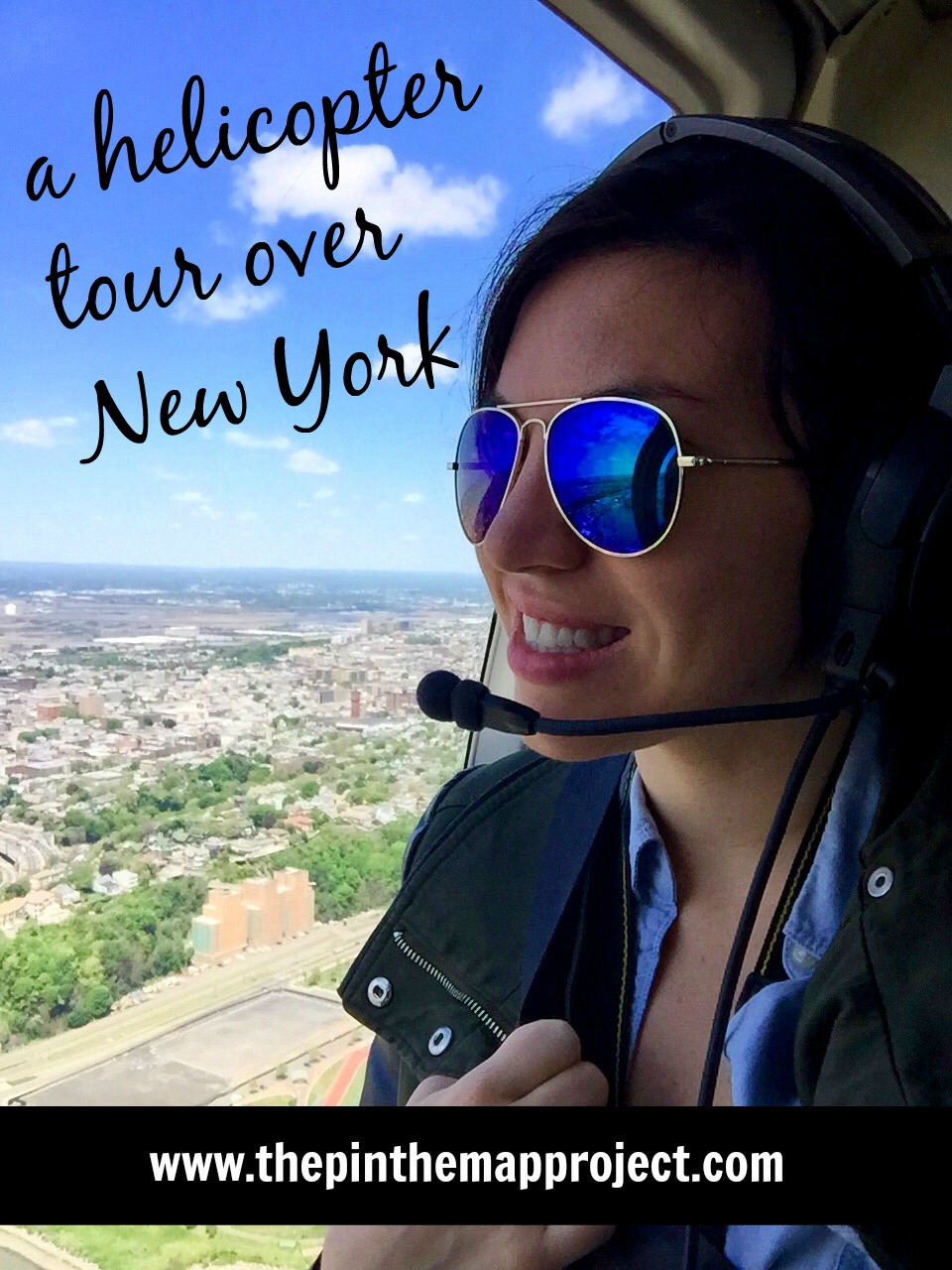 *In full disclosure, I was invited for a complimentary helicopter ride by HeliNY in exchange for editorial coverage. As always, The Pin the Map Project will only work with and recommend brands we 100% support.