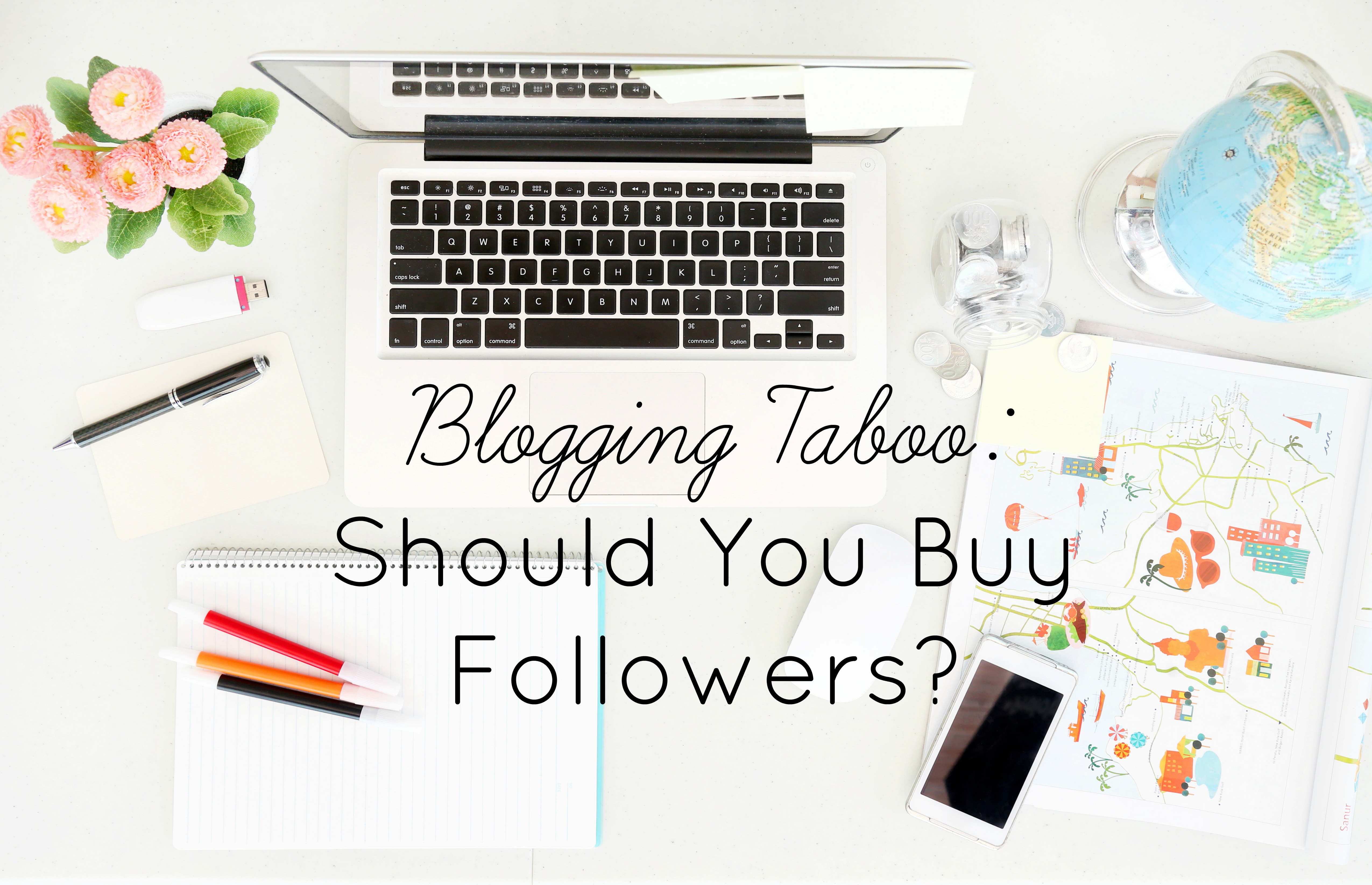 You’re about a year into blogging and are growing disheartened by the lack of followers you’re getting on social media. You’ve poured your heart and soul into churning out quality stories every week on your site, into curating a visually stunning Instagram account, into coming up with witty 140 character tweets; yet your following never seems to grow. You’re tired of hearing “the best tips to grow your following” from the social media elite because nothing seems to do the trick. When it feels like you’ve just about left every stone unturned, you find a site that promises 10,000 social media followers for $5. Just like that, you’re faced with blogging’s biggest taboo question: should you just buy your way to success?

Most bloggers will skip over the topic of buying followers because it is surrounded by red tape. Most bloggers would like you to believe that your social media following is directly correlated to the quality of your content, therefore be a better writer/photographer/blogger and you”ll get more followers–easy as that! With a career background in advertising (where brands pay for publicity and following) and public relations (where brands fight for earned following) let me dare to do the unthinkable and address what happens if  you were to buy followers for yourself.

First of all, let me preface this by saying that I hold no judgement for people who wind up buying social media followers. As much as we all would like to achieve internet fame organically, the fact is there are just too many great creators out there to allow that to happen. If your mind is set on buying followers, here are a few things to consider before you do:

Don’t forget about your engagement numbers!

If you’re considering taking the plunge and buying followers it’s crucial you remember engagement numbers! Engagement refers to how people are interacting with your content (such as comments, likes, re-tweets, shares, etc.). While working in advertising and planning media campaigns for brands, I learned first hand how companies will value engagement over following any day. Say you purchase 20,000 followers for your Instagram account but have minimal likes and zero comments; this is considered a fairly obvious red flag that your account is not genuine. If you do decide to buy following, be wary about keeping a good follower to engagement ratio.

Expect that this may become a money-sucking habit.

Let’s say you buy yourself 5,000 followers as a “boost” to your social media account for $5. With the added boost, you want to ensure the increase doesn’t look odd, so you then spend another $5 on likes or retweets. Now, you’re worried that the lack of comments looks odd, so you find a website that sells generated comments for, let’s say, $10. Right there, you’ve spent $20 on amping your social accounts. Now, a month goes by and you want your social media account to look like it’s gaining popularity (and unfortunately it doesn’t seem to be doing so naturally) so you go to buy another $5 worth of followers, which leads to the $5 worth of likes, $10 worth of comments and so on, so forth. The point is that buying followers can be like an addiction as you end up throwing money towards the pipe dream of becoming social media famous; just be wary of this!

Consider that you’ll be working with “shady” websites.

Because buying followers is considered “taboo” and frowned upon by the social media networks, then you can expect the websites you’ll be working with to be shady. Complaints I’ve heard include unfulfilled orders without a refund, no customer service, poor quality fake accounts or (if buying followers for Twitter) tons of “Twitter egg” fake accounts. If you’re set on buying followers, do your research and try to find the best option for yourself.

Be wary of the dreaded social media sweeps.

It’s said that every year Instagram runs a “sweep” where they automatically eliminate fake accounts from their database. Last year, some major celebrities even lost upwards of 3 million followers as a result! Now while 3 million followers might be a small dent in the following of Justin Bieber who has 67 million followers, if your account has 50,000 followers (50% which are purchased followers) then you’ll have an awkward day on your hands when you wake up and see your followers have inexplicably dropped to more than half of what it was.

One of the big reasons bloggers buy followers is in hopes of capturing the attention of brands and companies to work with them. Many top social media accounts earn enough money from their posts to live off of, and this is obviously an attractive prospect for people otherwise struggling to get by. It seems easy enough then: buy 10,000 followers and the brands will come running, right? Wrong. While working in advertising, brands I worked for cared less about the number of followers and more about engagement. In other words, while you can buy a following that looks good on your social media account, you can’t fake the comments and genuine engagement people have when interested in your work. That is what brands are looking for these days.

Expect to lose interest in your social media.

When the controversial topic of buying followers comes up, many people have told me the same thing: they lose interest in their social media as a result. What once was a medium for genuine connection and conversation with people from around the world all of a sudden becomes saturated with fake followers. The result? That coveted satisfaction people get when sharing an image that earns comments and likes goes out the window when that attention is now paid for.

whether you decide to buy followers or not is entirely your decision; just remember that there are definite pros and cons to buying followers that should be considered when making your choice.

Your turn! What are your thoughts on buying followers? Is this something you would ever do? Join the conversation below! For more blogging advice, check out my BLOG TIPS. 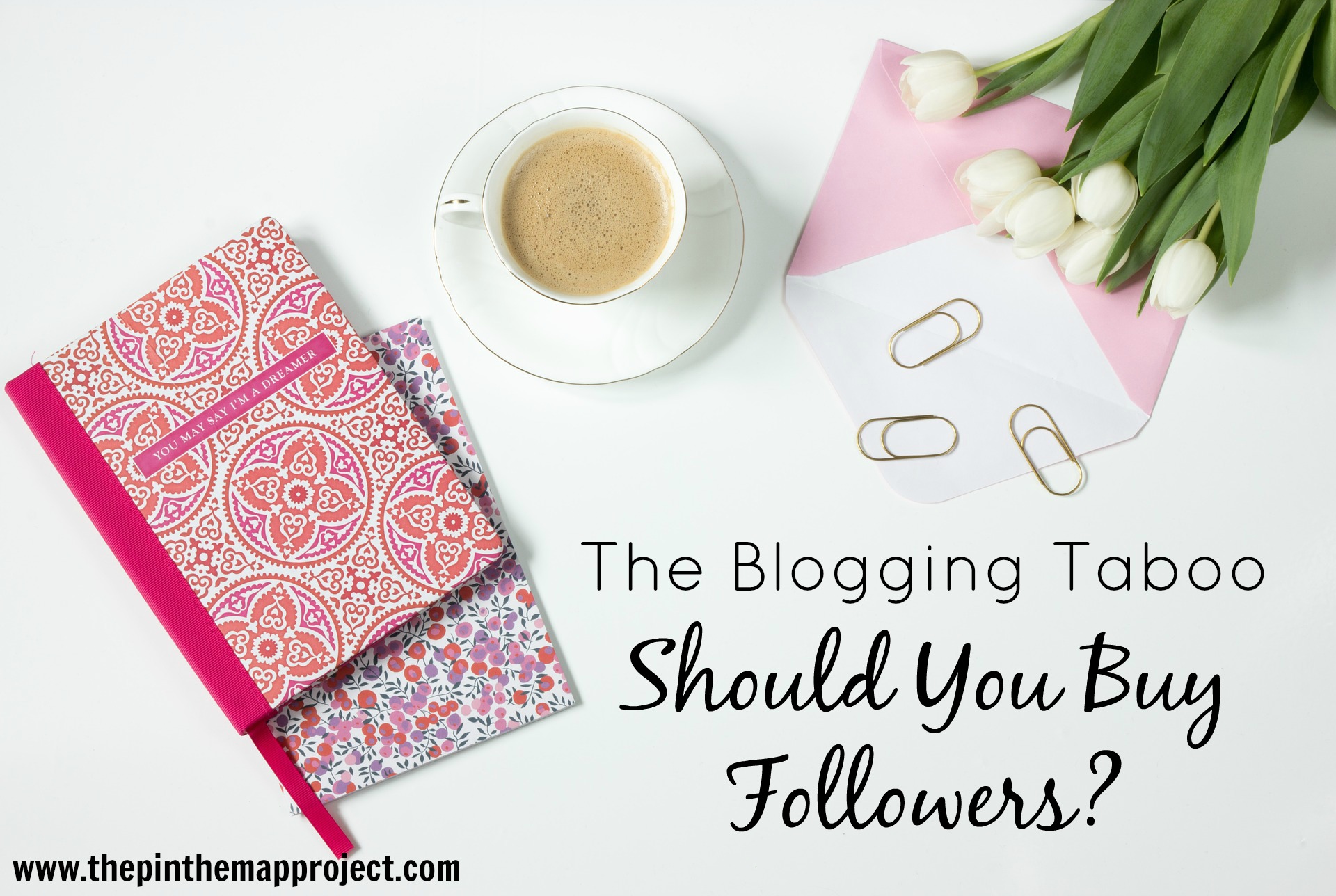