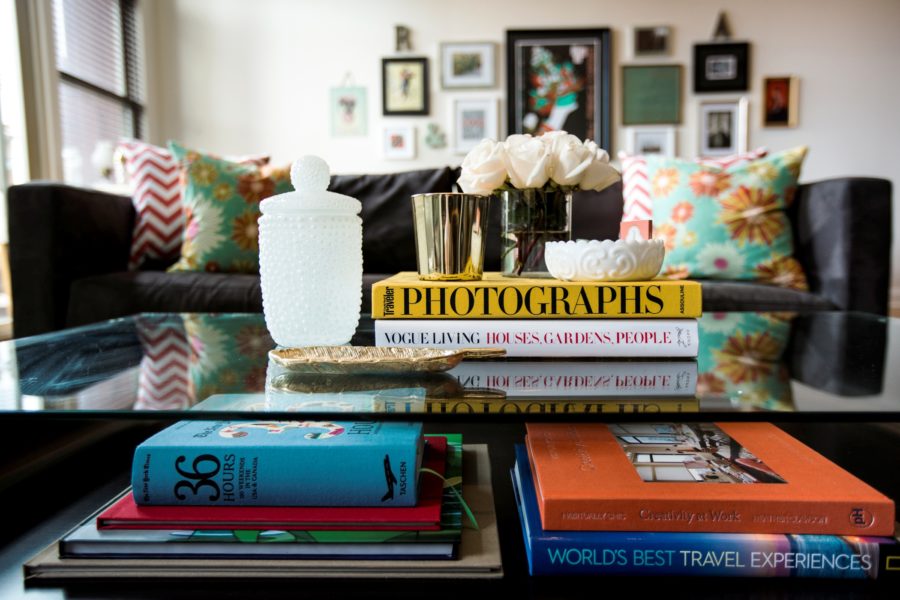 As I write this post, I am sitting in my favorite Parisian-inspired coffee shop in New York (also known as my “office”) and sipping on a cappuccino while travel books sit piled by my laptop. Throughout my travels, my books have often become more than bound pages but rather companions. From my Spanish version of Jack Kerouac’s Lonesome Traveler that was picked up in a charming bookshop in Buenos Aires to Cheryl Strayed’s Wild that I clung to while traveling alone in Iguazu, my books have lent wisdom, comfort and inspiration while I was abroad.

In between trips, I indulge in the stories of other travelers to transport me to exotic locales when I can’t hop on a plane. Favorite reads like Anthony Bourdain’s A Cook’s Tour sits tattered on my book shelf–having been read and re-read countless times for how the words paint a picture of markets in Vietnam or meals in Oaxaca. While there are many travel books and films out there, the following are my absolute favorite and have inspired me in their own way.

A windowless office, muted grey desk and uneventful 9-5 job in New York City–that’s Mitty’s reality until a turn of events has him chasing a photographer across the world. Mitty is a quiet, simple man with unfulfilled dreams, having been dealt a difficult hand by life–he finds that time has caught up with him too quickly. Ironically, Mitty works at LIFE magazine developing iconic images of others embracing adventure. After a photograph of monumental importance is lost, Mitty is abruptly pushed outside his comfort zone as he ventures into the unknown in search of the missing picture. The Life of Walter Mitty is a simple movie based on a short story that is a testament to how seeing the world can transform a life. Once quiet and lost in his day-dreams, Mitty stops day dreaming and starts living by fulfilling his dreams and seeing the world.

I just watched this film and the pile of tissues surrounding me say more about how emotional and beautiful this movie is than my words ever can. The story follows a father who is an eye doctor from California living a rather stodgy, comfortable life. In contrast, his son, Daniel, is a 40-something year old dreamer determined to travel the world and experience life. With his father, Tom, not entirely onboard with his son’s plan the two remain a bit estranged as Daniel globe trots around the world. One fateful afternoon, Tom receives a phone call all parents fear as he learns that his only son has died during an attempted trek on El Camino de Santiago. The route of El Camino de Santiago stretches from France through Spain and is a spiritual path that leads to the shrine of the apostle St. James in the Cathedral of Santiago de Compostela. Devastated by the loss of his son, Tom flies to France and decides to hike El Camino with the ashes of Daniel–determined to finish the trek his son died trying to walk. During Tom’s pilgrimage he meets a sassy Canadian, goofy Dutchman and stubborn Irishman that quickly become his family. Raw, emotional and inspiring–The Way is a testament to the transformative power of travel and the friends we meet along the way.

It’s the type of book you wish would never end. From the moment you begin reading The Lost Girls, it feels like you’ve hoisted your backpack up on your shoulders and fallen into step with Jen, Amanda and Holly as they simultaneously navigate their late twenties and the world around them. Making their way from New York to Australia, The Lost Girls gives each girl’s perspective as they meet backpackers, volunteer in Kenya, find peace in India and battle irate taxi drivers in South East Asia. As I read The Lost Girls I walked away with life lessons, great trip ideas and destinations to store away.

Scoff if you must, roll your eyes if you will but Eat Pray Love is a fantastic read that looks at travel as a means of self-discovery. Based on the life story of Elizabeth Gilbert and her year-long adventure across Italy, India and Indonesia, Eat Pray Love focuses on solo travel and the lessons picked up along the way. Rising from the ashes of a devastating divorce and failed relationship, Elizabeth decides that rather than seek refuge in yet another man she give herself a chance to heal and rediscover happiness on her own. As Liz makes her way from Italy to Indonesia, she confronts difficult truths about herself, learns lessons in love and loss and ultimately finds the strength to move forward and begin again. Determined to rediscover passion in Italy, find spirituality in India and balance the two in Indonesia, Gilbert’s memoir is set against the backdrop of beautiful countries that she brings to live with vivid detail. Eat Pray Love is both a film and novel but I recommend the book since the movie fails to capture the emotional depth and thought process that Gilbert shows in her words.

While most of the books I’ve read as of late focus on either solo travel or group getaways, The Wander Year follows couple Mike & Andrea as they put their San Diego life on hold in lieu of traveling the world. With stops along the way like Vietnam, Scotland and more–the couple candidly shares stories of travel mishaps, people met along the way and the intricacies of navigating a relationship while on the road.

Cobblestone streets, the glistening Seine and romantic architecture–what is there not to love about Paris? Midnight in Paris is a homage to this city that has me wishing I could live a day in Paris of the 1920s and swap story ideas with the likes of Fitzgerald and Gertrude Stein.

A short read (128 pages long), Life is a Trip is about Judith Fein and her goal to show how cultural and experiential travel changes your life. Submerging herself in traditions, religions, ceremonies and customs along the way–Fein shines light on the beauty of the human race.

Perhaps it’s a reflection of my age but I am drawn to films and movies that combine a desire to travel with the utter confusion and overwhelming prospect of being a twenty-something. The film, Vicky Christina Barcelona, follows the story of two American girls who decide to spend their summer in Barcelona. While one girl is a dreamer chasing some unknown mirage of the perfect love, the other is a realist who has over-planned each minute of her existence. Barcelona exposes the girls to new concepts, ideas and self-revelations that takes them far from where they started. Woody Allen’s film is true to form in the sense that there is no over-the-top, fairy tale ending but rather a mirror for how travel affects each of us and what we choose to do with those lessons learned.

I’ll admit it–I have a bit of a crush on the silver fox, cheeky wit and pointed attitude of Anthony Bourdain. Before his debut on The Taste, Parts Unknown and even No Reservations, Bourdain was just a chef and writer who decided to combine his two talents and hit the road. With nothing more than a desire to eat and travel, Bourdain pitched the idea-turned-novel of searching the world for the allusive “perfect meal” in A Cook’s Tour. While not every dish he ate was envy-worth (the iguana he had in Mexico sounded revolting) the read is hilarious, witty and honest to the point you feel as though Anthony is sitting across a table from you recounting his travels. In the end, Bourdain does find his “perfect meal,” which proves to be surprising and thought provoking…but no spoilers here!

I have fond memories attached to the book Wild, which I carried with me on my first solo travel adventure in Argentina and Uruguay. I remember mornings spent in Buenos Aires, sipping on orange juice, eating breakfast and reading Wild at an outdoor cafe as I watched Palermo come to life. I remember sitting in the airport and reading Wild while waiting for my flight to Iguazu–having nothing but a daypack thrown together last minute as I flew to the border of Brazil and Argentina for an impromptu trip to the waterfalls. Wild chronicles the adventure of Cheryl Strayed who, after a series of poor choices and the death of her mother, found herself desperate for a way to find herself again. Cheryl decides to hike the Pacific Crest Trail solo and along the way confronts her demons–ultimately allowing her to heal and move on with her life. To read Wild while solo traveling and confronting my own demons was beautiful and in times I felt alone or lost, I turned to Cheryl and her stories to see me through.

11. What I was Doing While you were Breeding

I am currently in the midst of this quick read and am having a blast reading Kristin Newman’s fresh, funny and brutally honest memoir of traveling in her thirties. As she navigates both her relationship with herself and various foreign suitors, Kristin comes into her own and reminds every woman that happily ever after starts with you. The book can be at once funny yet frustrating as Kristin seems to stand in her own way of happiness and love, but at a time when many woman are opting to not have children in lieu of simply enjoying life and love on their own terms; it is refreshing to read a novel where a woman is unashamed in her pursuit of pleasure, travel and her career.

What’s your favorite book or movie that inspires wanderlust? I’m always looking for recommendations so share it below! 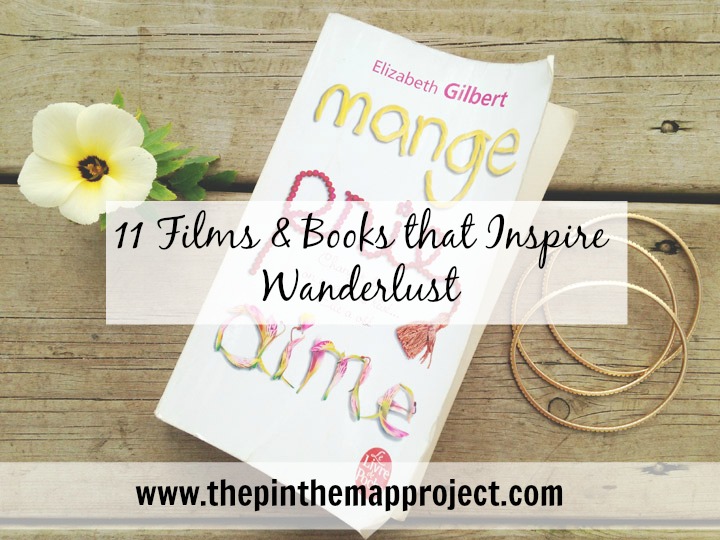 *I do not own the right to the photos in this post.