It’s mid afternoon in the Eternal City as I make my way down one of the main avenues, Via Nazionale, towards the Campo de Fiori market. It’s been said Rome is the type of city a traveler should arrive to without a plan; that the city is best discovered serendipitously one piazza and hole-in-the-wall trattoria at a time.

Not even twenty minutes pass before I turn a corner and come across the ruins of the Torre Argentina. Weather worn columns stand tall amongst what must have once been ornately decorated Roman temples and meeting halls. Faded frescoes can be spotted in the face of the rocks and the remnants of buildings long since collapsed can barely be made out through the ruble. 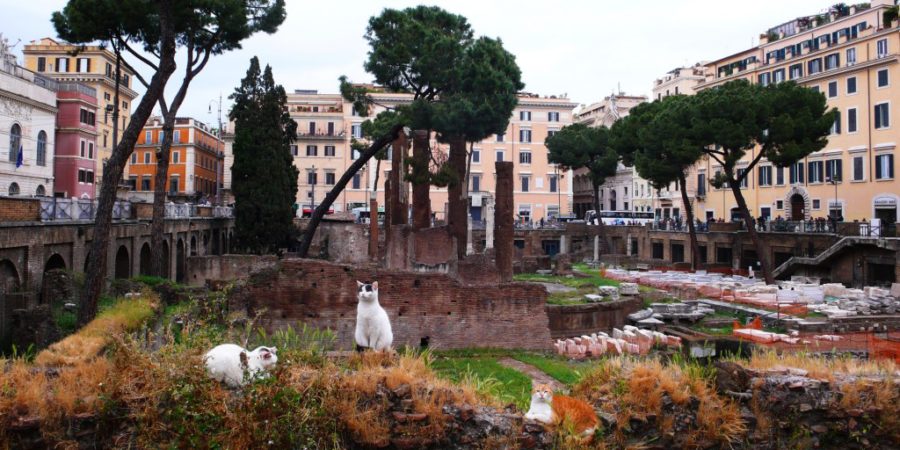 The Torre Argentina is best known as being the assassination place of Julius Caesar, the famed Roman dictator who was stabbed by his own senate thirty-five times at the foot of the statue of Pompey. It’s difficult to imagine such a prolific figure meeting his untimely demise amidst these ruins that stand before me now. Perhaps in an almost comical twist, the ruins where Rome’s history unfolded is today completely covered in cats. Yes, cats seem to be everywhere the eye lands–sleeping on the shaggy grassy, sun bathing on the broken columns, strolling across the faded floors, peering curiously from every nook and cranny of this telling historic site.

It seems so bizarre these cats mingling seamlessly amongst one of the more notable ancient Roman sites in the city. It quickly becomes a sort of a “Where’s Waldo?” game to spot the cats in the Torre Argentina. Striped tabby cats stroll along the perimeter, orange and white cats sleep in the sun, black cats hover in the shade and all of these felines seem to be in good shape despite being strays. As I make my way around the ruins, I spot a staircase that seems to point to even more cats and venture down to see what exactly draws these animals to this particular place. The answer, I quickly learn, is the Torre Argentina Cat Sanctuary. 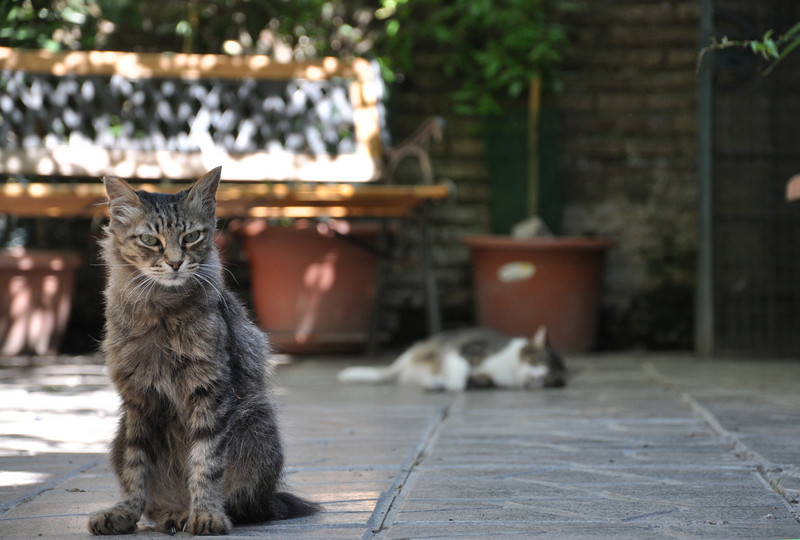 The Torre Argentina Cat Sanctuary has been working for 15 years to provide shelter, food, care, sterilization, vaccinations and even adoption for the many stray cats that call this eternal city home. Currently housing more than 100 cats and kittens, the sanctuary sits literally alongside ruins that date back more than 2,000 years.

The efforts of the Torre Argentina Cat Sanctuary come down to three main programs: the “TNR” (Trap Neuter Return) initiative where cats are–as the name described–taken off the streets and neutered in order to control the stray feline population. The second program is their “Adoption at a Distance,” which focuses on getting the cats homes–both in Italy and abroad–and is fueled by the help of staff and volunteers. The last program is their “Foster Program,” which is of particular importance for kittens in need of care and looks to match the cats with temporary homes. 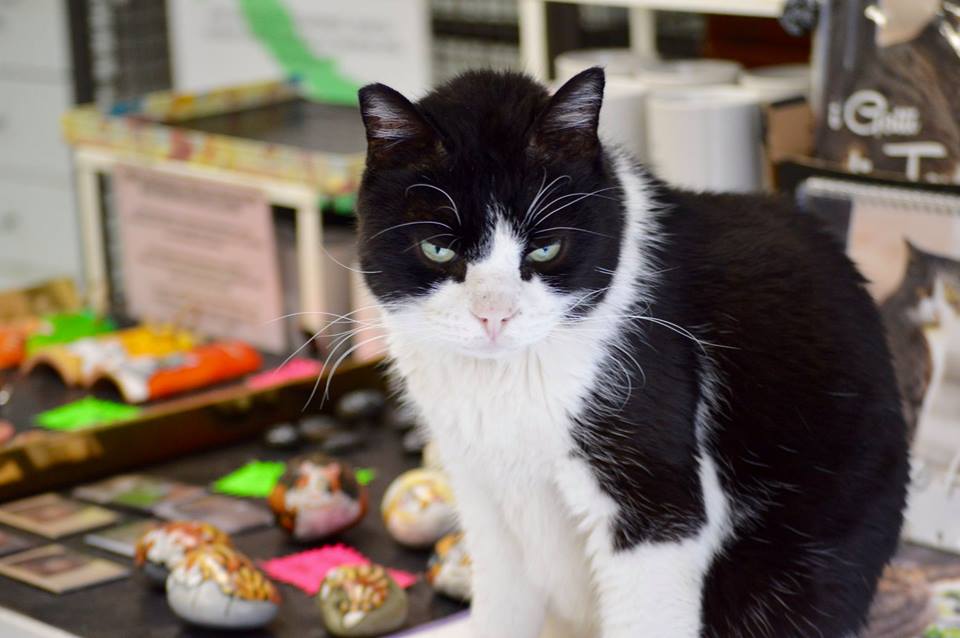 The Torre Argentina Cat Sanctuary sits in what was once an underground cave that has been renovated into a bright, cheery space with cat toys, beds, cages and veterinary care. The cats are allowed to roam the grounds freely– explaining the many seen amongst the ruins—and seem to treat the shelter as their home, never straying far from the love and food they receive there.

The Torre Argentina Cat Sanctuary’s efforts are admirable, especially when one considers the ample obstacles that stand in its way. It’s almost like the unheard of war: on one hand the Roman government is bent on protecting the ruins (with good reason) looks to try and shut down the efforts of the cat sanctuary and remove the strays; while on the other hand the hard working volunteers prioritize life over history and work tirelessly to protect, feed and care for the cats of the Roman ruins. It’s a complicated battle, to say the least, and one that is fought on a daily basis as the cat sanctuary pushes to raise money and find these felines homes. 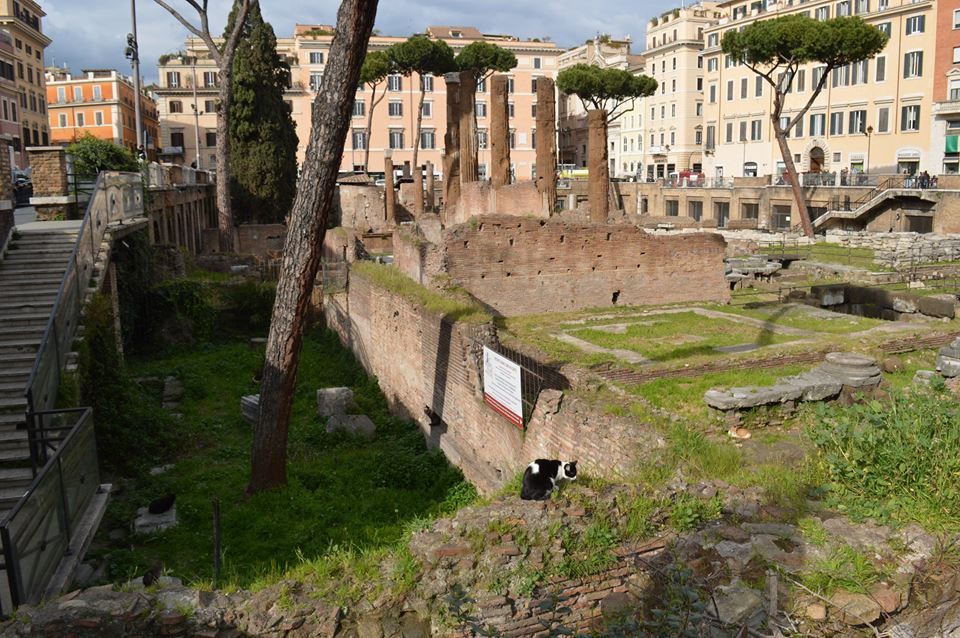 It is the dedication and passion of the volunteers at the Torre Argentina Cat Sanctuary that impresses me the most. Despite being along side a major tourist attraction, the sanctuary is humble and does not beg for attention or weasel tourists out of donations. The animals aren’t used as tourist traps unlike other “animal sanctuaries” around the world that prioritize dollars over animal welfare. If anything, it is the cats themselves that catch the eye and then slowly lead curious souls back to their home where the cat sanctuary is then discovered. It’s difficult to say what lays ahead for the future of the Torre Argentina Cat Sanctuary, whether the gridlock between their volunteer efforts and Rome’s government will ever yield; one thing seems certain though: as long as there are cats that call these ruins home, there will be people that take it upon themselves to care for them.

Visit the Torre Argentina Cat Sanctuary website for more information on how you can donate to their cause. The website sells adorable products (including hand painted decorations, which I currently own!) with proceeds going towards the sanctuary. 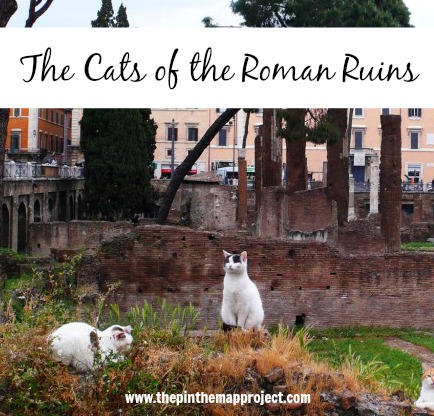