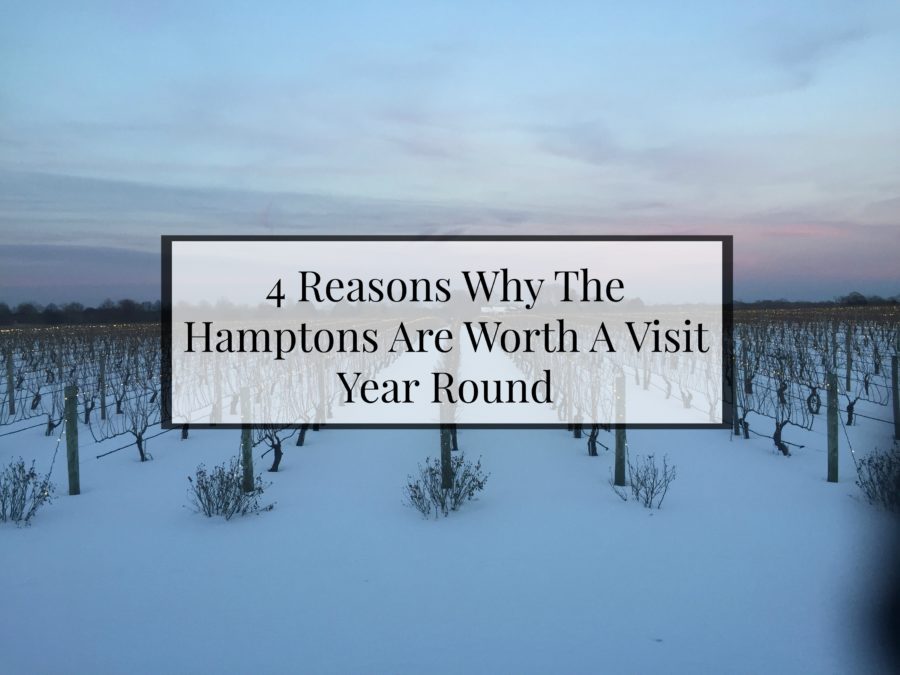 The Hamptons are the East Coast playground for the rich and richer to escape the city grind. While The Hamptons are not a place you would think of for anything other than its infamous summer frolic, I am about to let the proverbial cat out of the bag. Even during the off-season, The Hamptons are a destination worth visiting for its vineyards, culinary scene and quiet. Here I share 4 reasons why you should consider visiting The Hamptons year round.

1. The Hamptons are a welcoming community that is always buzzing.

Until two weeks ago, I had only been to The Hamptons in the summer and basically hung at the beaches in Easthampton and Amagansett. In January, there is still beach and it is gorgeous but a brief glance is enough. I had arrived at Bridgehampton to do a friend’s cookbook shoot; this was Hillary Davis’ fourth cookbook on France and she had decided to shoot it at friend’s house in Bridgehampton. With the blizzard of the century forecast for the third day of our 10 day shoot, we holed up in a beautiful house and soon realized we could work but needed to provision. Our crew was all from California and figured the blizzard was just a myth. I, originally from Ohio, knew better.

With plenty of food and wine, we battened down and got some work done; we certainly weren’t going anywhere so took the time to plan our days and evenings off because the wifi still worked. We also realized that maybe, in an uneventful month, our little shoot would be news on the South Fork’s East End and, sure enough, Dan’s Papers (the Bible of The Hamptons), Southampton and Easthampton Press came out to see the people who thought a photo shoot in the dead of winter would be fun! 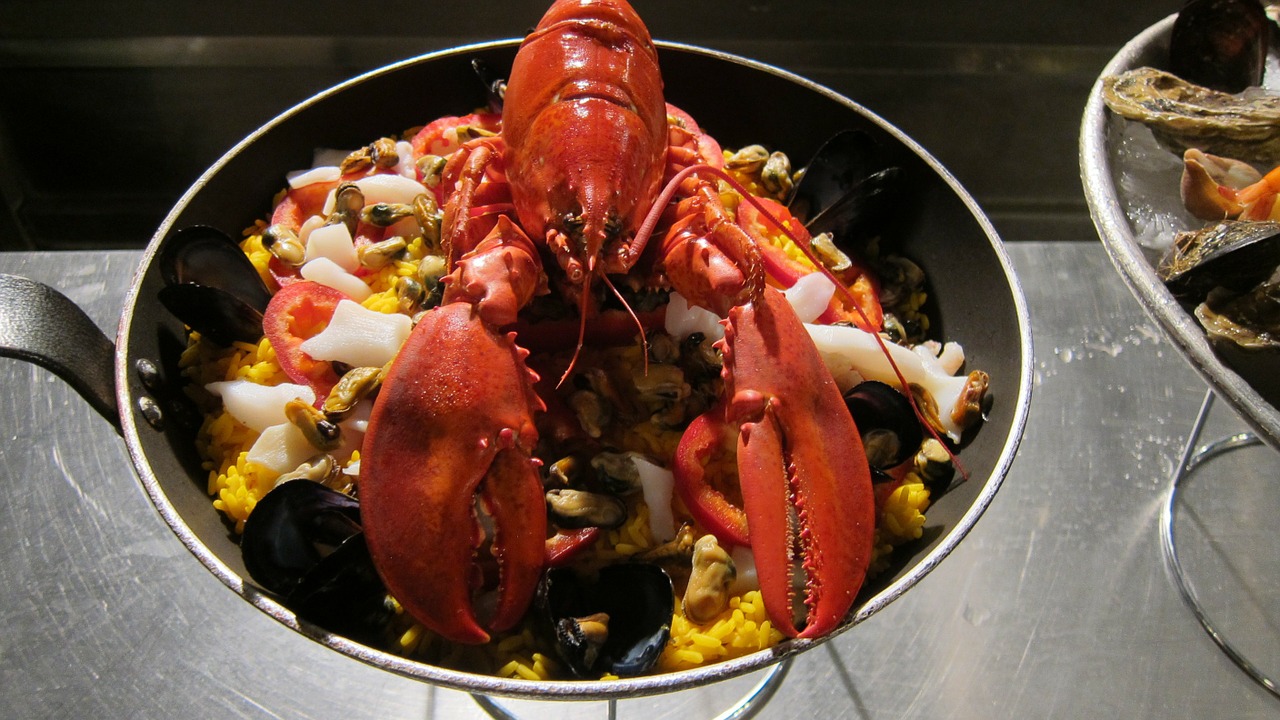 “Affordable” and The Hamptons are two ideas that often don’t go hand in hand; but what many may be surprised to learn is that there are excellent happy hour deals and dinners to be found! One such place is Baron’s Cove in Sag Harbor who offers cheap drinks, a great burger for $10 complete with fries and a side of live music both Friday and Saturday nights. Baron’s Cove even has a blue plate special (meat and three) for $22 Sunday through Thursday!

Another recommended spot is the American Hotel, found in the lovely former whaling village of Sag Harbor. Although frequented by celebrities in the summer months, off-season is for locals to enjoy FREE fondue during happy hour as well as oysters for $15 a dozen or a dozen clams for $12. Drinks are not discounted but the ambiance and local flavor are worth paying full price for, as are the the outstanding bartenders. 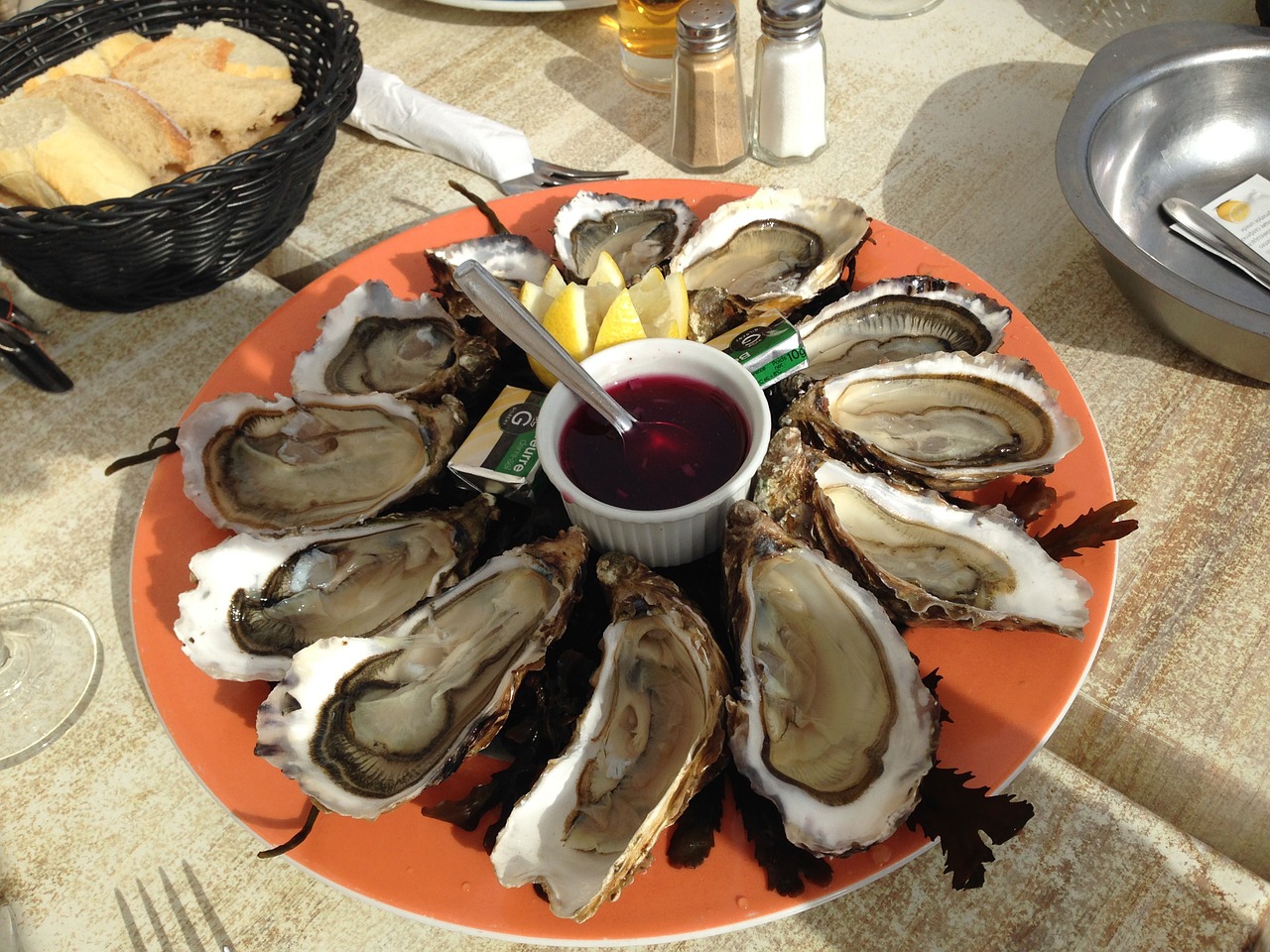 A great prix fixe dinner for $29 can be found at Bobby Van’s in Bridgehampton and–when I last checked–Tuesday night was $24 lobster night complete with sides! Also in Bridgehampton, Almond has a $27 three course meal with excellent menu choices like Hake or Arctic Char for entrées and buffalo cauliflower to start.

In Easthampton, Race Lane has a $33 prix fixe on weekdays that allows diners to choose their own menu; while at the elegant 1770 House their Sunday through Thursday $35 prix fixe offers a choice of salads and entrees like Rohan Duck or Montauk Fluke and the dessert of the day 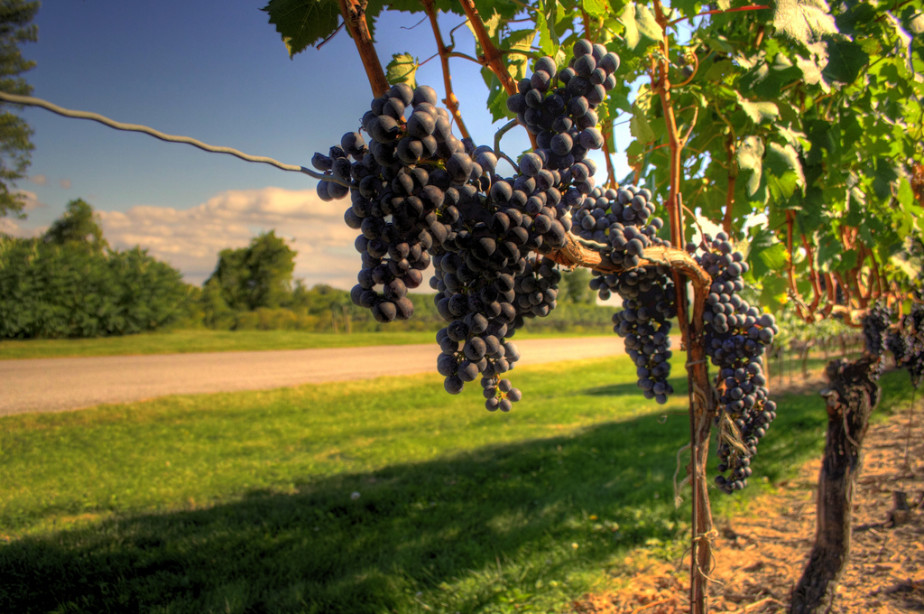 I live in Healdsburg (Sonoma County) and our photographer, Steven Rothfeld, is from St. Helena in Napa County so we know a bit about wine and have been in our share of wineries. But, since we had consumed all of the wine in the house during our blizzard lockdown, we went out to restock.

There is a Hamptons Wine Road and, while the wineries are swamped in summer, we had their full attention in January. At both of the wineries we went to, we had the pleasure of having significant tastings and a visit from the winemaker.

Channing Daughters is a charming winery with a bit of a history and vines–at over 40 years old–that could be considered “old vines.” I loved that they offer a huge variety of wines and I thought the “Scuttlehole” Chardonnay was a great value at $18. Outstanding too, is Channing Daughters’ and winemaker Chris Tracy’s white and red field blends, where they plant the blend they plan to bottle. I have known a lot of red field blends, especially those planted by early Italian winegrowers, but whites like their Mosaico are unique because of how they blend Bordeaux, Rhone and Burgundy varietals.

Wolffer Estate may be the best known Hamptons winery and they have a magnificent chateau where you can sit and have a personal tasting based on what you want to try. The best reason to go in December or January is the holiday lights sparkling throughout the property, including twinkle lights strung along the vineyard in front of the winery tasting room’s massive windows. Winemaker Baron Roth makes a variety of wines in his native German style as well as beautiful French blends and their cornerstone Rose, which is probably the “quaffer” of choice during the Hamptons Season.

TRAVEL TIP: We only had time to visit two of the eight wineries on the Hamptons Wine Trail and there are even more on the North Fork of Long Island. Another great option is Duck Walk Vineyard next to the stunning Parish Museum, which features only artists with ties to the East End….remember Jackson Pollack had a home here and he brought some friends!

4. And finally…there is zero traffic.

Anyone who has tried to get to the Montauk Lighthouse from Sag Harbor knows the pain. Sitting in a line of Jaguars and Bentleys in your mid-size rental car with the air blasting with only a stream of red brake lights as far as you can see. If you are not on the beach (within walking distance) then you are planning how to get to dinner or the market without hitting traffic.

In the winter, you glide seamlessly from Citarella’s Gourmet Market to Montauk for a lobster roll and fries at swishy Gurney’s. Take a glance at the lighthouse (closed in winter but still impressive), hit happy hour at The Palm in Easthampton and make it to World Pie in Bridgehampton for half-price pizzas on Tuesday.

TRAVEL TIP: All of the usual suspects for lobster rolls (Lunch, Clam Bar, Gosman’s etc.) are shuttered in winter so Gurney’s is your only, but maybe best, bet. World Pie is a treasure every day with their prix fixe menu and pizza and local beers available until midnight, every night!

Have you been to the Hamptons? Share your best tips and favorite local spots below!