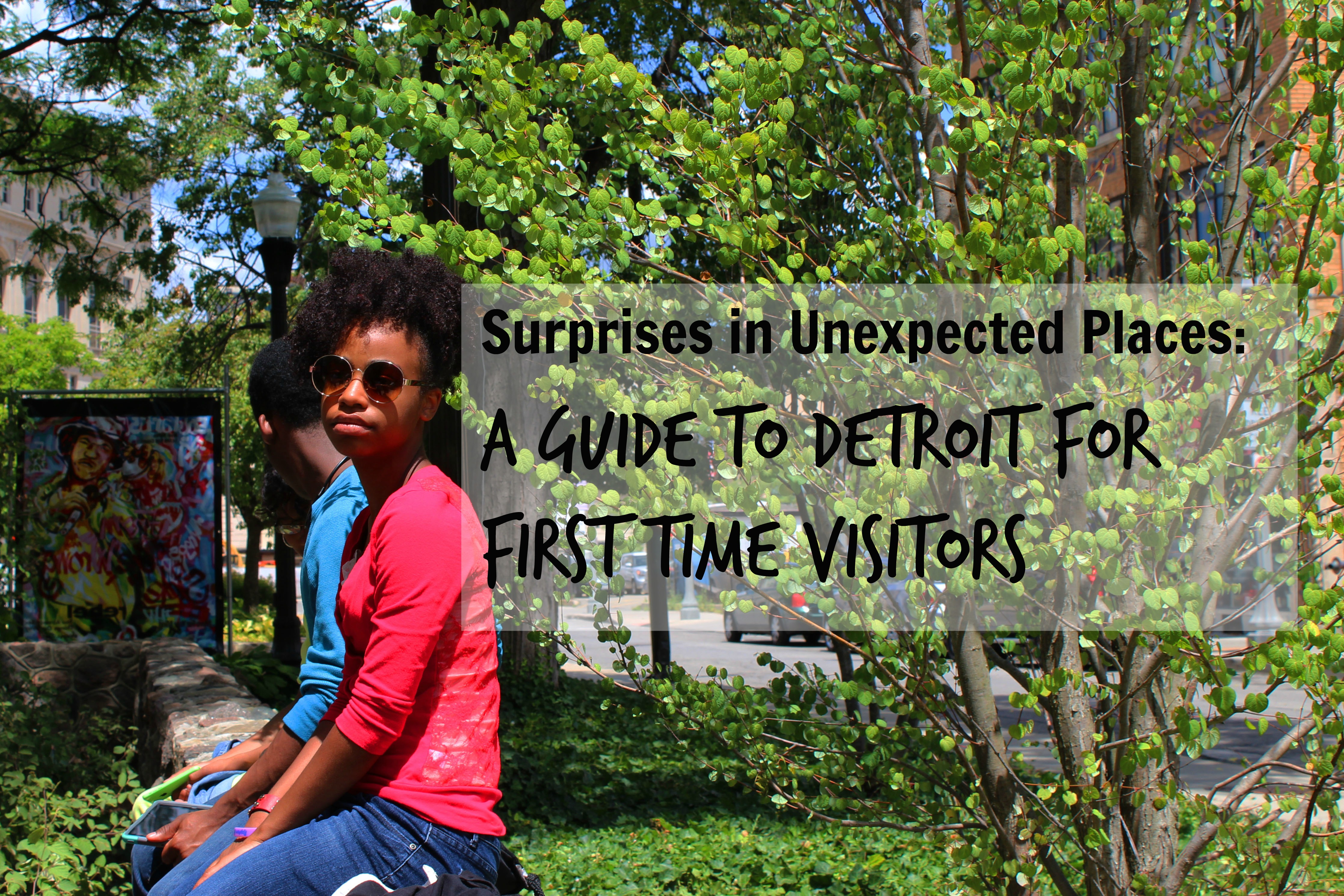 Once upon a time, I worked as a flight attendant for a few months. Don’t ask me why or how, it would get me started on how bizarre and random my life sometimes is. One thing led to another and in the summer of 2014, I was assigned by my company to fly to the US for the next eight weeks. When Detroit showed up in my flying schedule, most of my colleagues gave me the look. You know the look that says “Oh Honey, we feel sorry for you.” Another flight attendant even said once laughing: “You’re not going to Detroit, you’re going to Destroy!” Needless to say that I was not overly enthusiastic when I got on my first flight to the Motor City. But, like so often in life, surprises happen in the most unexpected places. And this one is about how, in the space of forty eight hours, I simply fell in love with what had been described to me as an abandoned, lifeless American city.

Meeting the neighbor: Feeling right at home in Middle-Eastern Dearborn 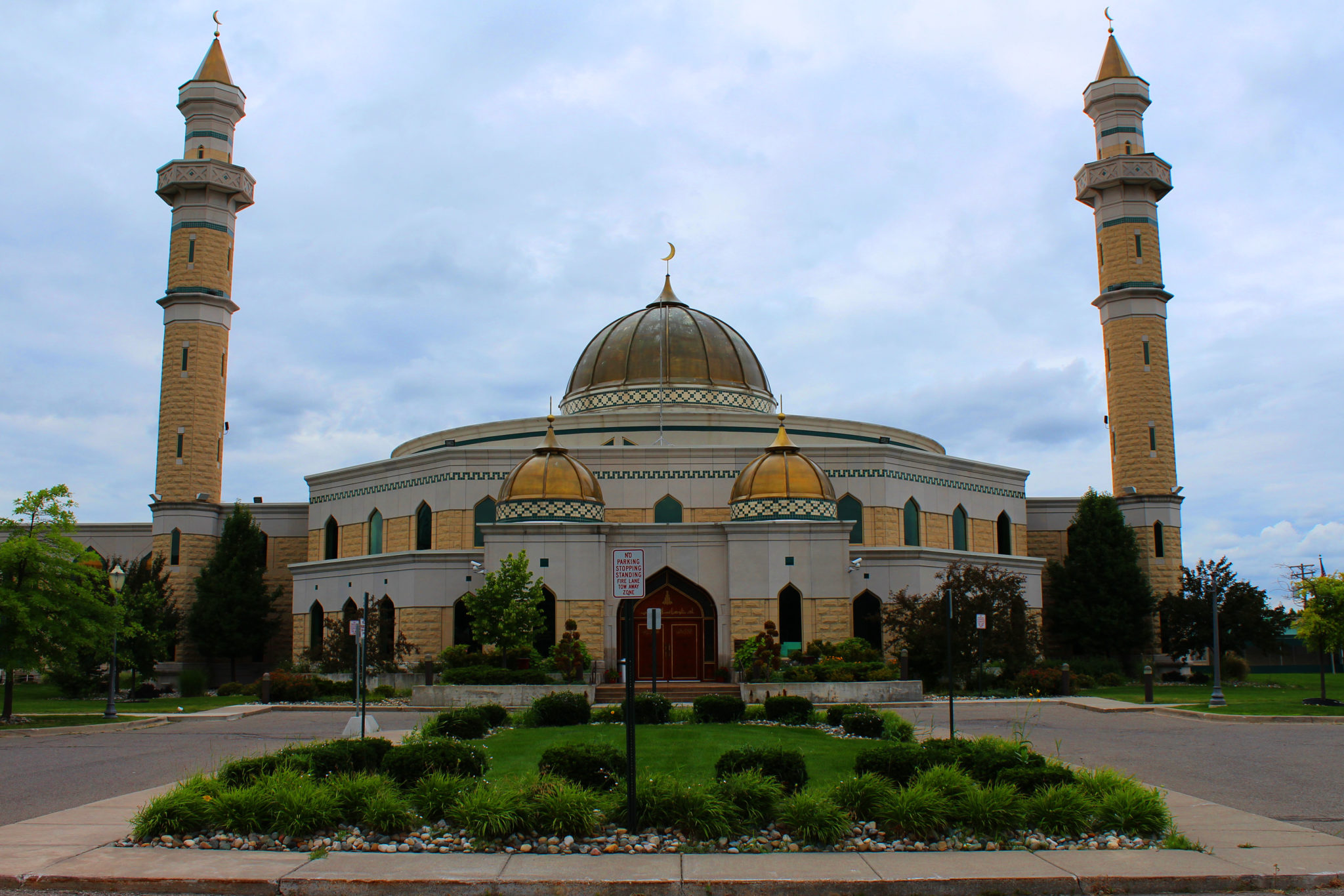 When we landed at the airport, the chief purser announced: “Our hotel is not technically in Detroit, more in the surroundings…” And an hour later, we ended up in Dearborn. This American town was a great discovery in itself and I soon became convinced that I shouldn’t have listened to my fellow cabin attendants’ comments. I dropped my suitcase at the hotel and went for a walk in the town. Dearborn is a unique place that hosts the biggest Muslim community in the US. So it’s no surprise that in 2011, TLC TV Channel chose Dearborn to shoot its new show « All American Muslims », watched by almost one million people for each broadcasted episode.

Almost half of the population in Dearborn is originally from the Middle East and more than a third speaks Arabic. I was ecstatic to find falafel and hummus restaurants everywhere walking down the street, because if you know me well, you also know my love for Middle-Eastern food.  I then arrived at the Arab American National Museum, where I learned more about the Arab civilization, its contributions to science, medicine, mathematics and astronomy and the history of immigration. After this interesting visit, I headed towards the Islamic Center of America; curious to see what the biggest mosque in the country looked like. I was welcomed by very nice people who gave me a tour of the building and seemed really happy to see someone interested in the town they had chosen to live in. I was invited for tea by a family of American-Iraqis and, for a minute, I found again that sense of hospitality I witnessed daily, back when I was living in the Middle-East.

Getting to know the city: Don’t trust others’ judgments, experience it yourself 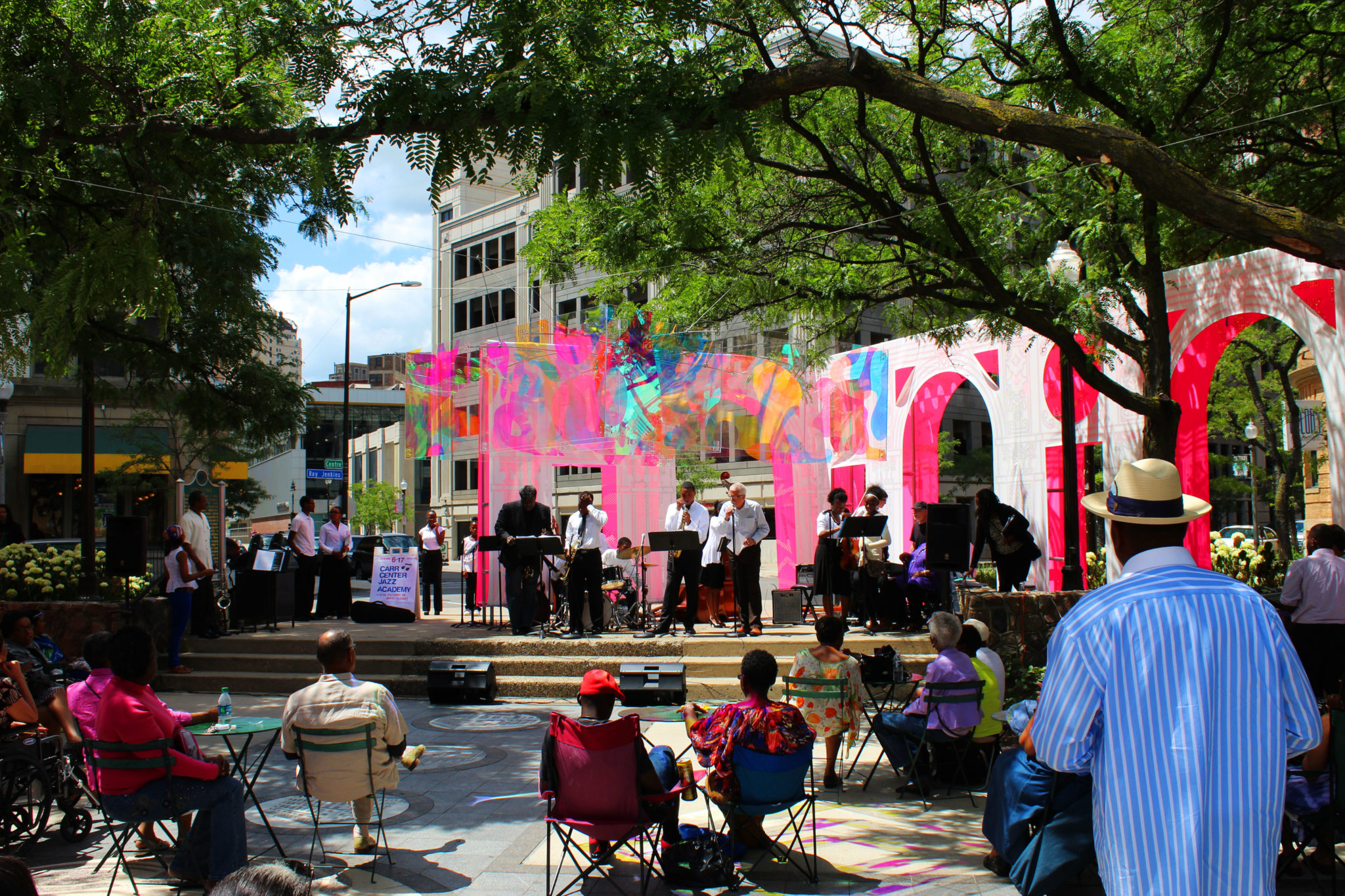 The next day, I took a cab and asked to be dropped off in Detroit. Though all my colleagues had told me there would be nothing to see in the city, I wanted to experience it for myself as I am always willing to discover new things. I first took the Detroit People Mover, a 5 kilometers automated metro system which operates on a single track, and encircles the downtown area. It gave me a good overview of the city center and of the neighborhoods I was about to discover. When I got off the DPM, I decided to walk in the streets, not really knowing where I was going. Most people who crossed my path greeted me and asked me if I was a journalist (a big reflex camera is apparently a sign that you work for the media). I was surprised when a lot of them told me to be careful with my belongings, as I felt particularly safe and not at all threatened despite the city’s reputation. The sun was shining, people were caring and I was soon attracted by a sound of music.  I came across an open-air jazz concert, sat down and enjoyed a couple of songs before continuing my explorations. 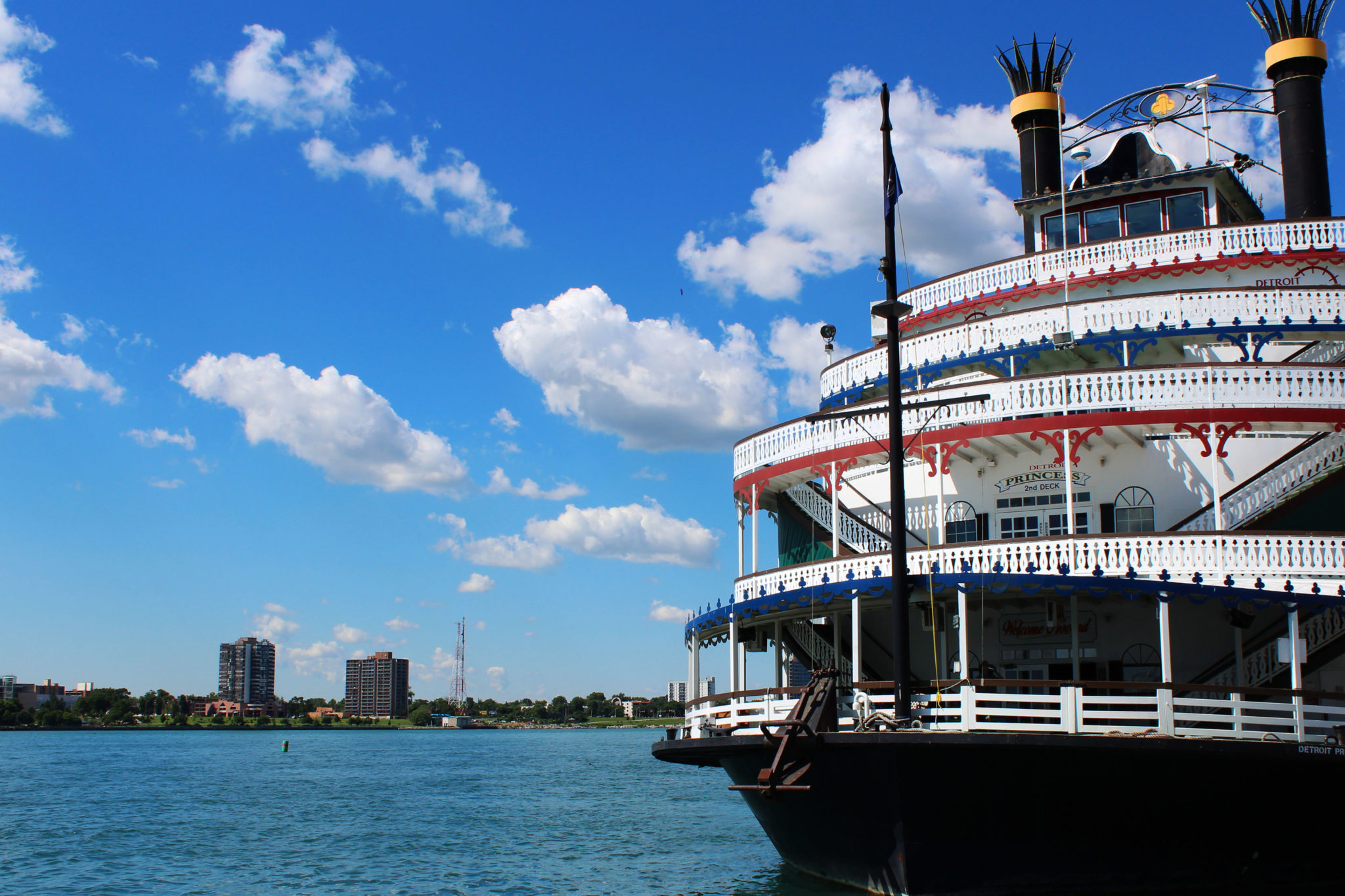 My first day in Detroit then led me to the lively neighborhood of Greek Town and to Belle Isle later on, an island park in the river located between the US and Canada. Owned by the City of Detroit, it is the largest island park in the country, connected to the mainland by the MacArthur Bridge. I walked there a few hours and enjoyed the company of dozens of birds flying around me in the summery weather. When I waited for the bus to drive me back downtown later on, a lot of people stopped by me again. There were all worried about the fact that I was a girl walking around alone. An old man even told me: “I can lend you my car for free if you want, the bus doesn’t come so often.” I was extremely touched by so much attention and it made wonder why so many people just didn’t like Detroit. In my opinion, its inhabitants just seemed extremely welcoming! 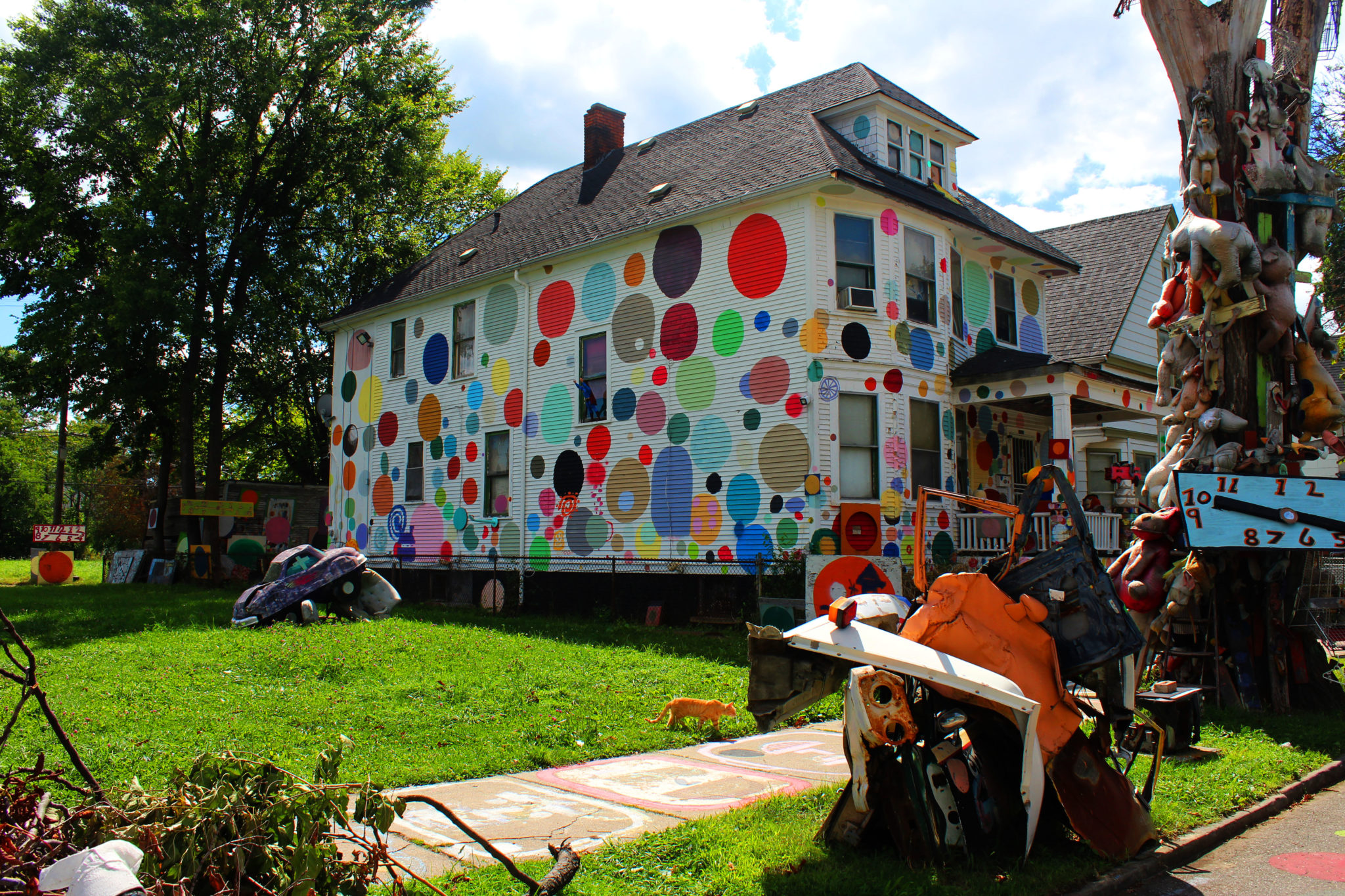 My second day in Detroit led me to a neighborhood that a lot of cab drivers refused to take me to. “Unsafe” said some, “Dangerous” said others. To me, it didn’t matter at all as I was determined to reach McDougall-Hall. I had read about the Heidelberg Project and I simply didn’t want to leave the city without seeing it for myself. In 1986, a man named Tyree Guyton, along with his grandfather and a few kids from his block, decided to convert this impoverished neighborhood into a district of peace and joy. Tyree first painted big colored polka dots on a few houses located on the main street and then used every object and material found in and around the district to embellish the gardens. Over the past decades, various artists joined the project and the neighborhood is now, for any street-art lover, a synonym of urban heaven. 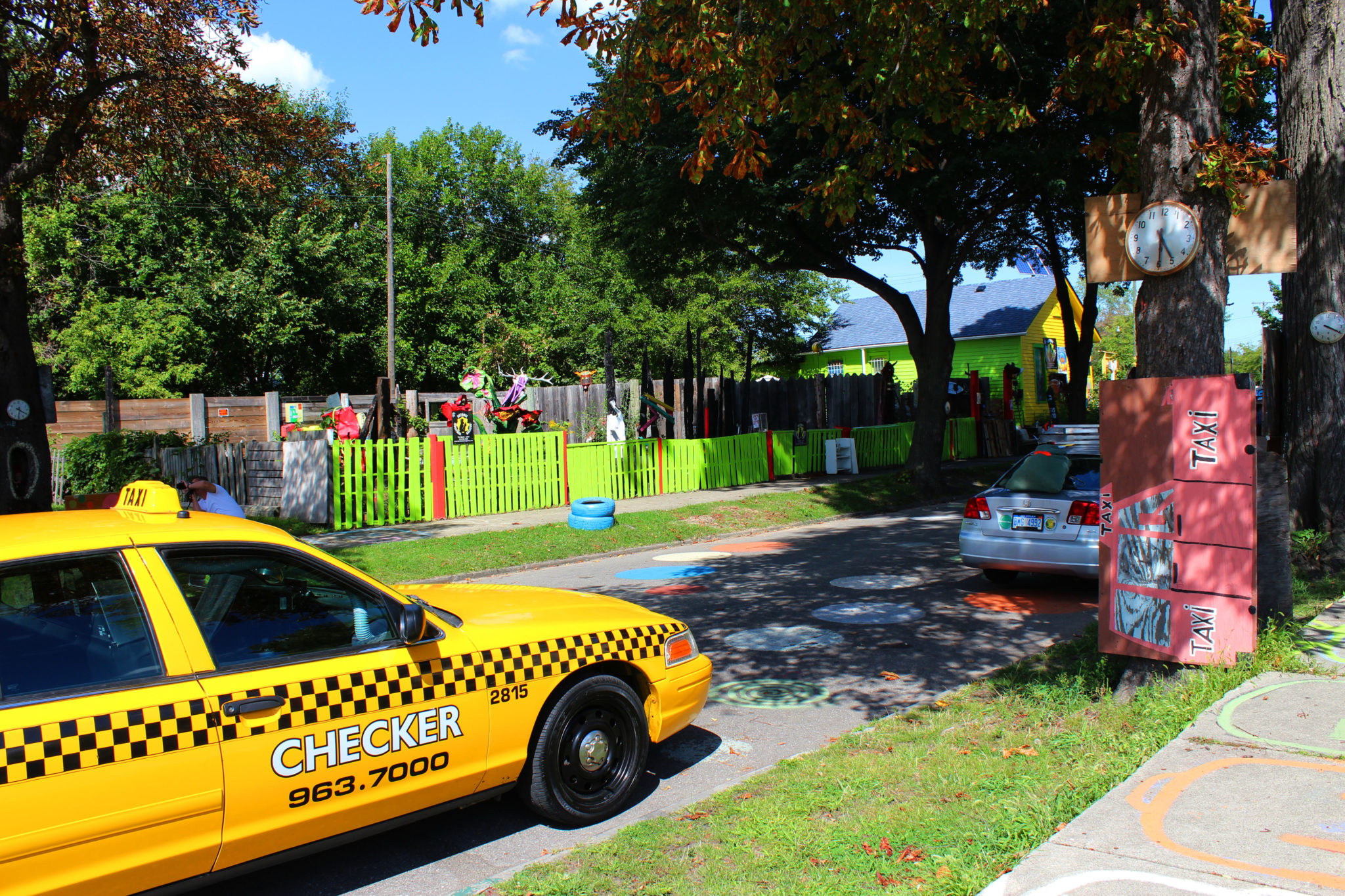 Open-air art enthusiasts will also be happy to know that Detroit has become one of the most vibrant centers of street art in the US lately. If you’re interested in admiring beautiful murals created by some local street-artists as well as internationals, head towards Eastern Market or the Grand River corridor and you will surely come across some of the amazing art pieces you might be looking for. Tons of initiatives are also organized in Detroit, like the Art & Architecture tour or the great Pieces of Detroit website where you’ll be able to find out where some of the city’s art pieces are located. 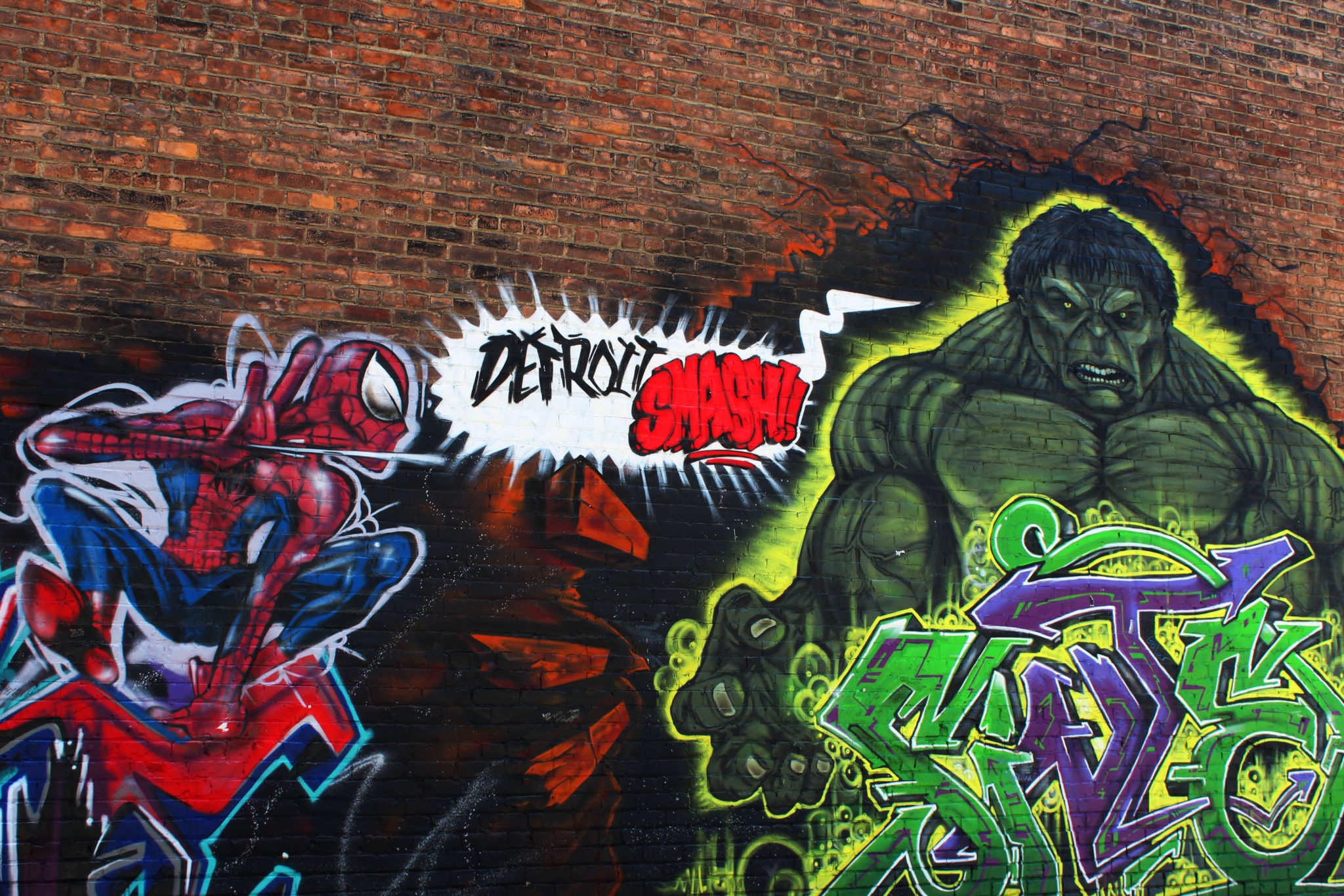 If you’re more into food than an art fan, make sure to stop by the Eastern Farmers Market before you leave town. The best time to go is on Saturday mornings, especially during summer. There, you’ll be able to buy fresh fruits, vegetables and flowers from local farmers. Delish Detroit also organizes tours there and they donate $1 from the sale of your ticket to Gleaners Community Food Bank of Southeastern Michigan. Every dollar buys 3 meals for struggling families in the local community.  Another great initiative in Detroit is Michigan Urban Farming, a nonprofit organization that seeks to engage members of the community in sustainable agriculture. As the founders describe it, “our mission is to use urban agriculture as a platform to promote education, sustainability, and community in an effort to empower urban communities and solve social problems facing Detroit.” 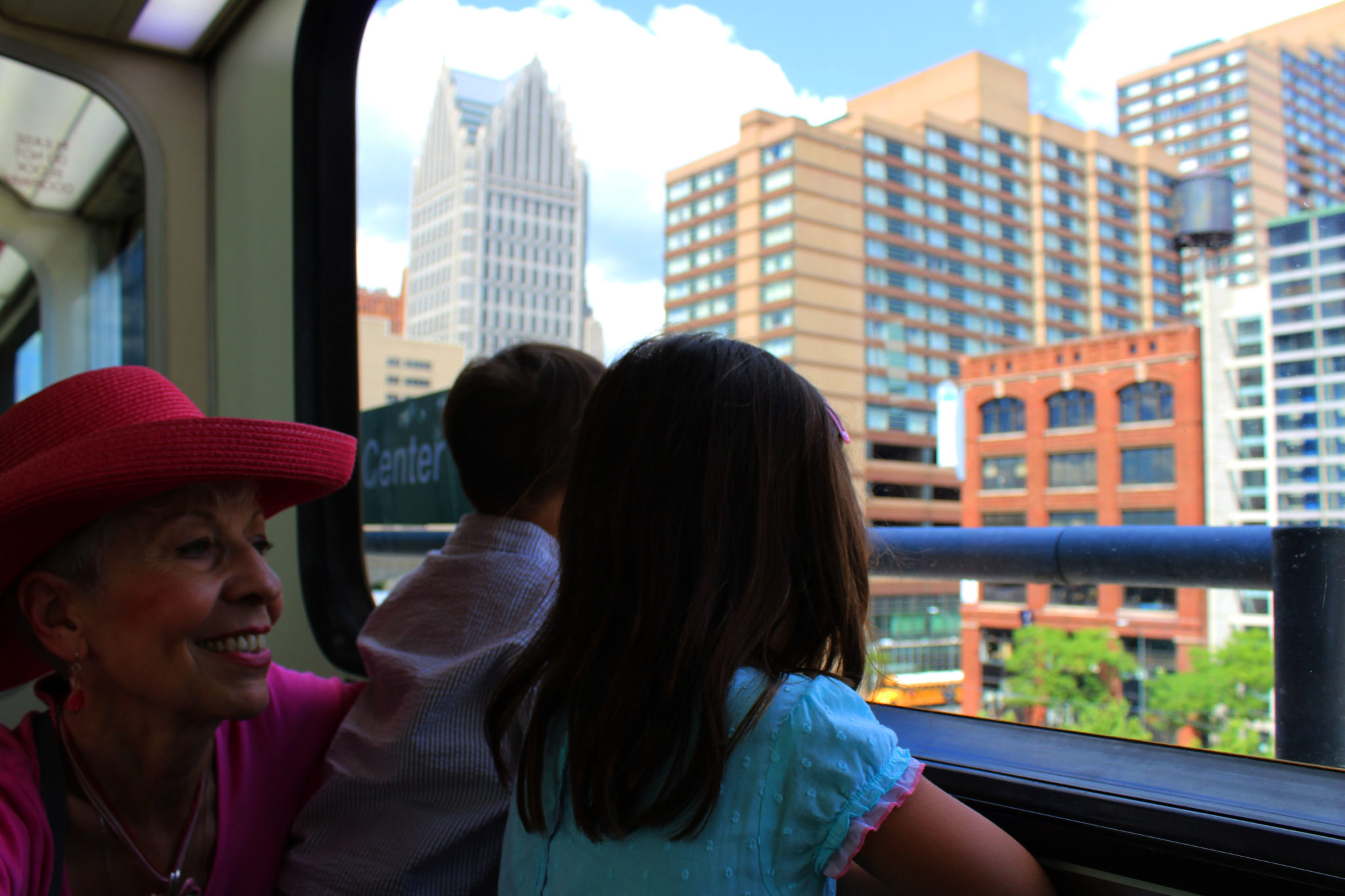 These initiatives are just a few amongst a lot of inspiring actions I discovered in the space of two short days. Forty eight hours after we had landed, it was now time for me to leave Detroit. My stay in the city had reminded me of how our impression of a place mostly depends on the way we approach it. Detroit has been through a lot in the last decades, and I am not saying that all these events should be ignored. Disturbex, a website dedicated to documenting the past, present and future of the city is probably the best way to learn more about it. But despite its imperfections and its tormented past, Detroit had welcomed me in the best way possible and the truth was that I simply couldn’t wait to come back.