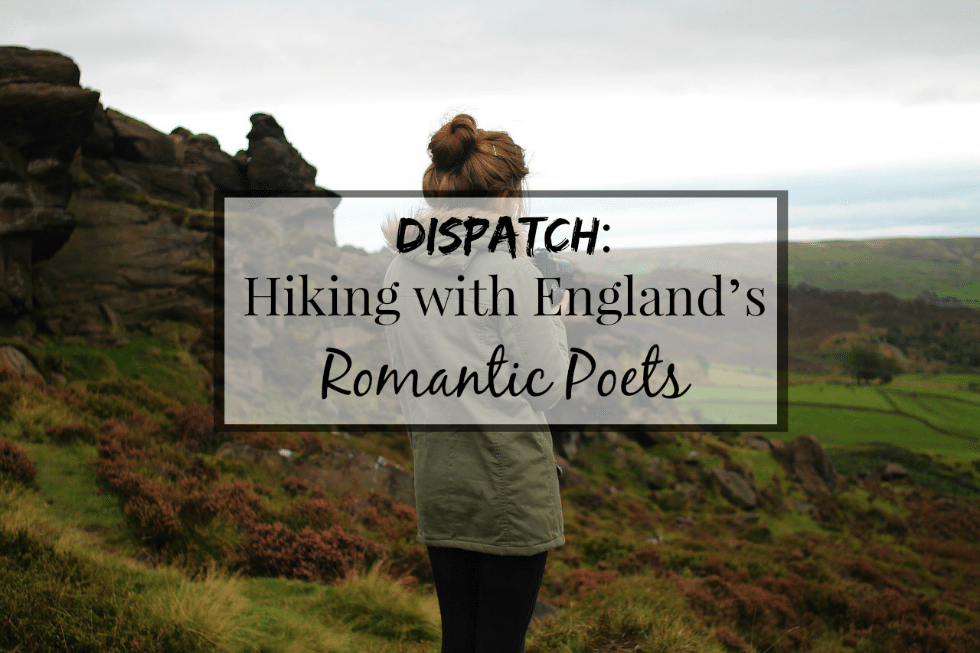 I paused near a mountain-top stream to get my bearings. Frankly, I was lost. A velvet layer of bright green moss coated the smoky stone and ridges; the stream foamed white against each collection of pebbles; swift but peaceful. The rhythm had a calming effect as I checked out my map. I should be three miles from Grasmere, the home of Romantic poet William Wordsworth in the Lake District of Northern England but there wasn’t a soul in sight; I lost the trail two hours ago. As I laid beside the babbling waters for a snack break—I didn’t care. I pulled out my British literature anthology, remembering Wordsworth’s “beautous Stream.” Could this be the same spring Wordsworth praised upon—just miles from his old home?

Make ceaseless music through the night and day,

Which with its steady cadence tempering

I took a train from London to Windermere to spend a week hiking among the land of the Romantic poets. These Romantic poets, William and Dorothy Wordsworth, Samuel Coleridge, Beatrix Potter and more, started an outdoors revolution for 19th century England with each poem and story: Hills and packs over coaches and roads.

In 1799, Wordsworth and Coleridge spent three weeks hiking this same Lake District; I wanted to behold this same England they so reverently described and follow in their footsteps. With their poetry as my map, I started at Grasmere Butharlyp Howe hostel and trekked to the Elterwater Ambleside hostel where I spent most of my days sauntering through the lands where Wordsworth is said to have written most of his poetry.

As I trekked the green pastures, the poets allowed me to notice beauty I would’ve otherwise missed. The striking poetic observations and natural descriptions encouraged value in each flower and rock and I enjoyed the English Countryside through a perspective not my own—the admittedly more keen perspectives of the great Lake District poets.

As Mitchell teaches in Walking to Walden, “Nothing plays out in an empty room, stories create landscape­—or vice versa: the land begets the story. Mecca was a holy spring a thousand years before Mohammad got there…Geography engenders mythology.” 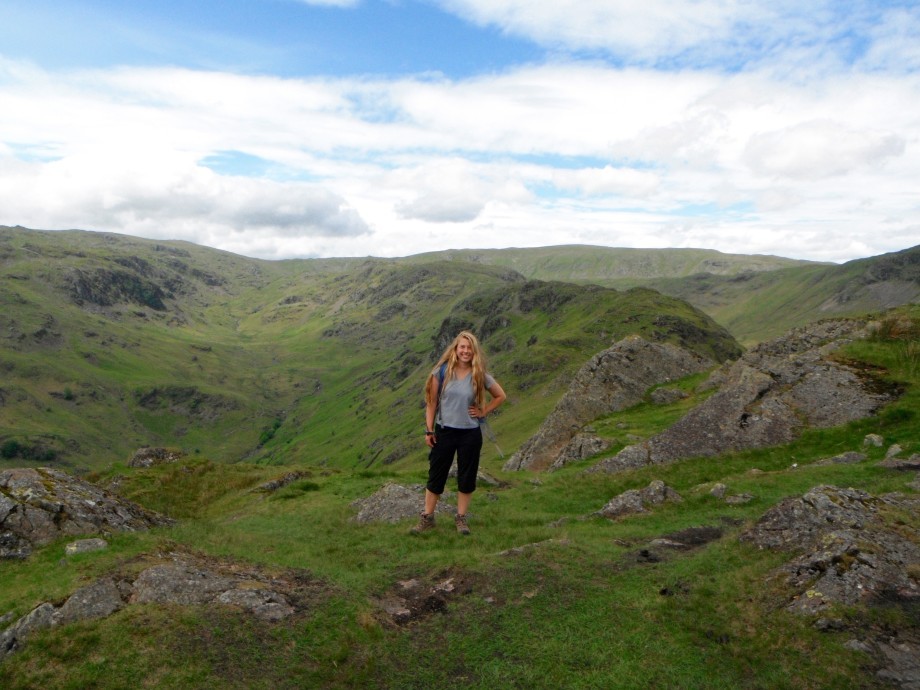 Nature became my teacher and, as Wordsworth explained, “by the gentle agency of natural objects, led me on to feel for passions that were not my own, and think at random, and imperfectly indeed on man, the heart of man, and human life.” I learned a deep gratitude for life in each stream, blossom, and peak—including a treacherous scramble to the highest point in England, Scafell Pike.

I turned through the pages of my anthology as the hills and streams came alive before me.“The world is too much with us,” reads Wordsworth. “Late and soon, getting and spending, we lay waste our powers.”And, “Ill suits the road with one in haste; but we, Played with our time; and, as we strolled along, It was our occupation to observe.” 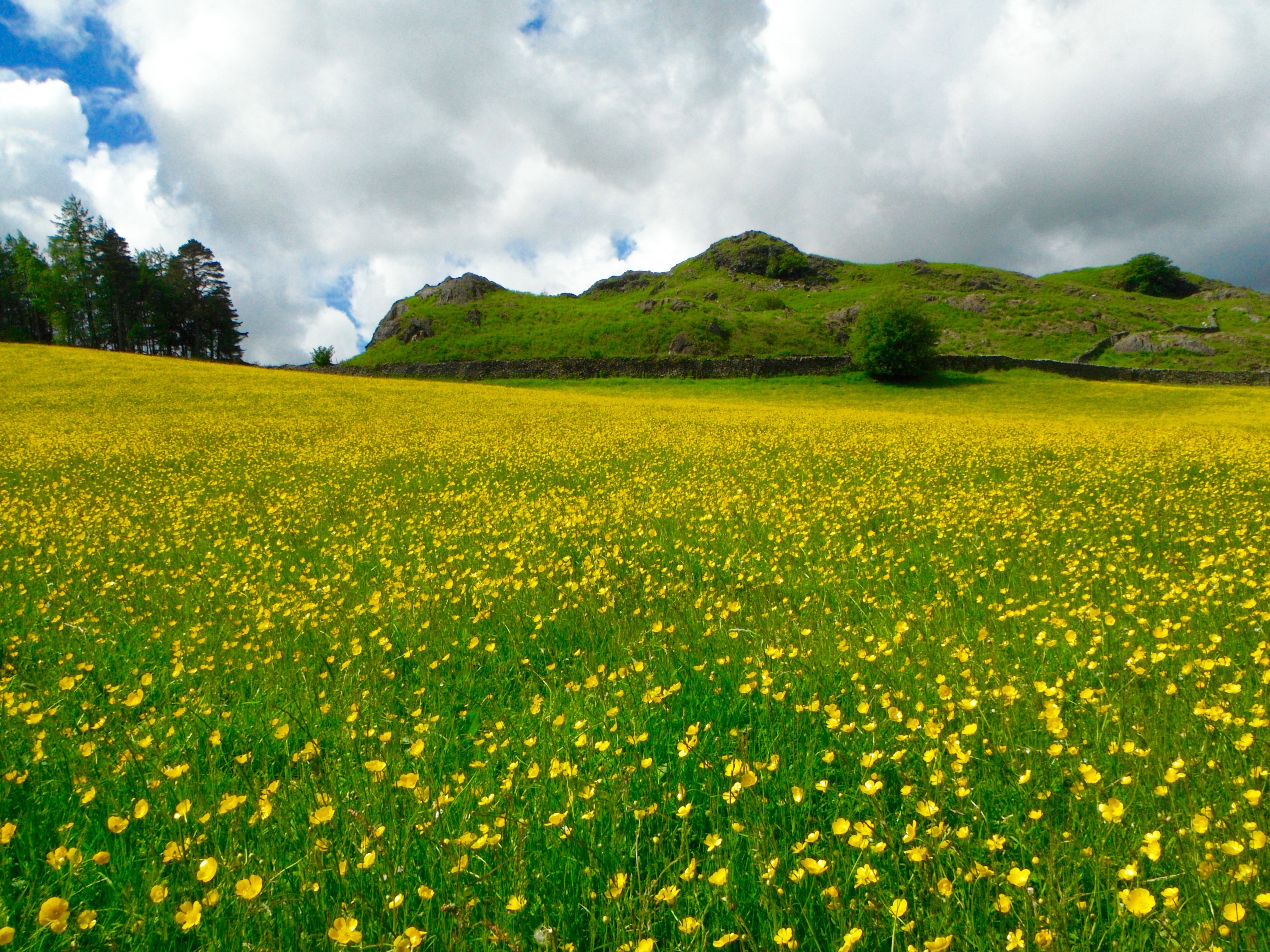 These romantic poets transformed the landscapes with their keen observation and revelations. I’d seen more beautiful geography than the humble Lake District hills but borrowing the eyes of Wordsworth radically altered my perspective. What was once a cluster of trees and lakes becomes a:

“…sweep of endless woods, Blue pomp of lakes, high cliffs, and falling floods, Not undelightful are the simplest charms, Found by the grassy door of mountain-farms.”

And even the unmistakable beauty of a sunrise becomes sublime:

“Just where a cloud above the mountain rears, An edge all flame, the broadening sun appears, A long blue bar its aegis orb divides, And breaks the spreading of its golden tides.”

Beyond mere aesthetics, the lines of Wordsworth evoked severe self-evaluation and a longing to mature in selflessness:

“The happy idleness of that sweet morn, With all its lovely images, was changed, To serious musing and to self-reproach. Nor did we fail to see within ourselves, What need there is to be reserved in speech, And temper all our thoughts with charity.”

Sure, I could’ve experienced this recorded wisdom from my unaffected couch but I’ll never forget the hours, days and weeks passed with these artists in the worlds of their awakenings.

Make sure to check out more stories from around the world in the newly launched DISPATCH and share your comments and thoughts below!