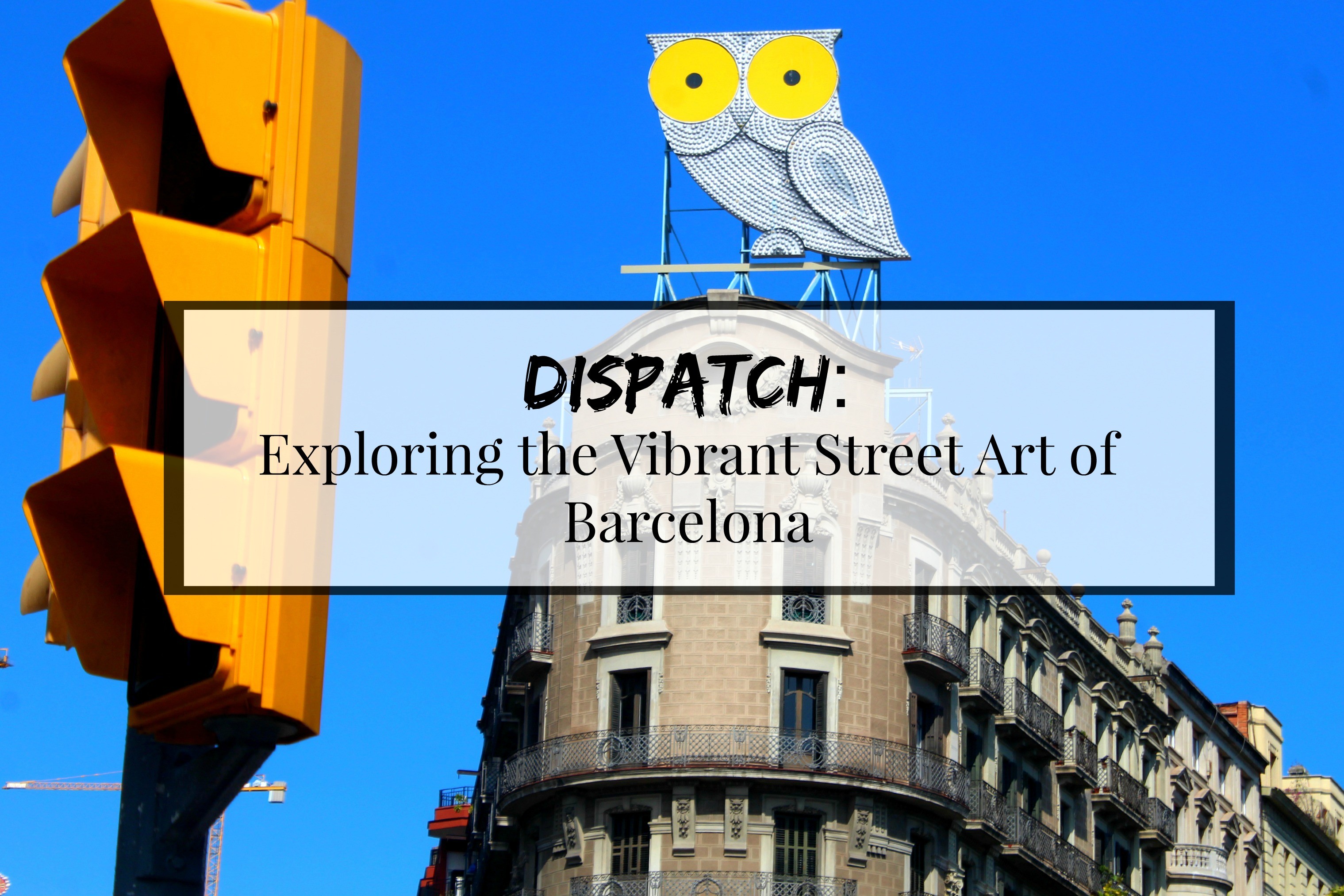 Along with London, Paris and Rome, Barcelona is one those cities you generally do not want to miss when you’re planning a Euro-trip. The sun, the Sagrada Familia, las Ramblas and the Mercat Boqueria are some of the famous spots that underline the uniqueness of Barcelona and provide you with the greatness of España. But what to do when you’ve already been there a couple of times before? Or what if you’re just tired of being part of the “tourist’ crowd”?

The Barcelona Street Style Tour (BSST) is, in my opinion, one of the best alternatives to a regular trip to the city and don’t worry if you’re there on a budget, because it happens to be FREE! Providing you with a completely different outlook on Barcelona, the BSST takes you to the streets and alleys of the Spanish metropole and makes you feel like you’re exploring an open-air art gallery. And just because you’ll find there so much diversity, the creator of this initiative, Mike, conceived various tours taking you to different neighbourhoods in the city. 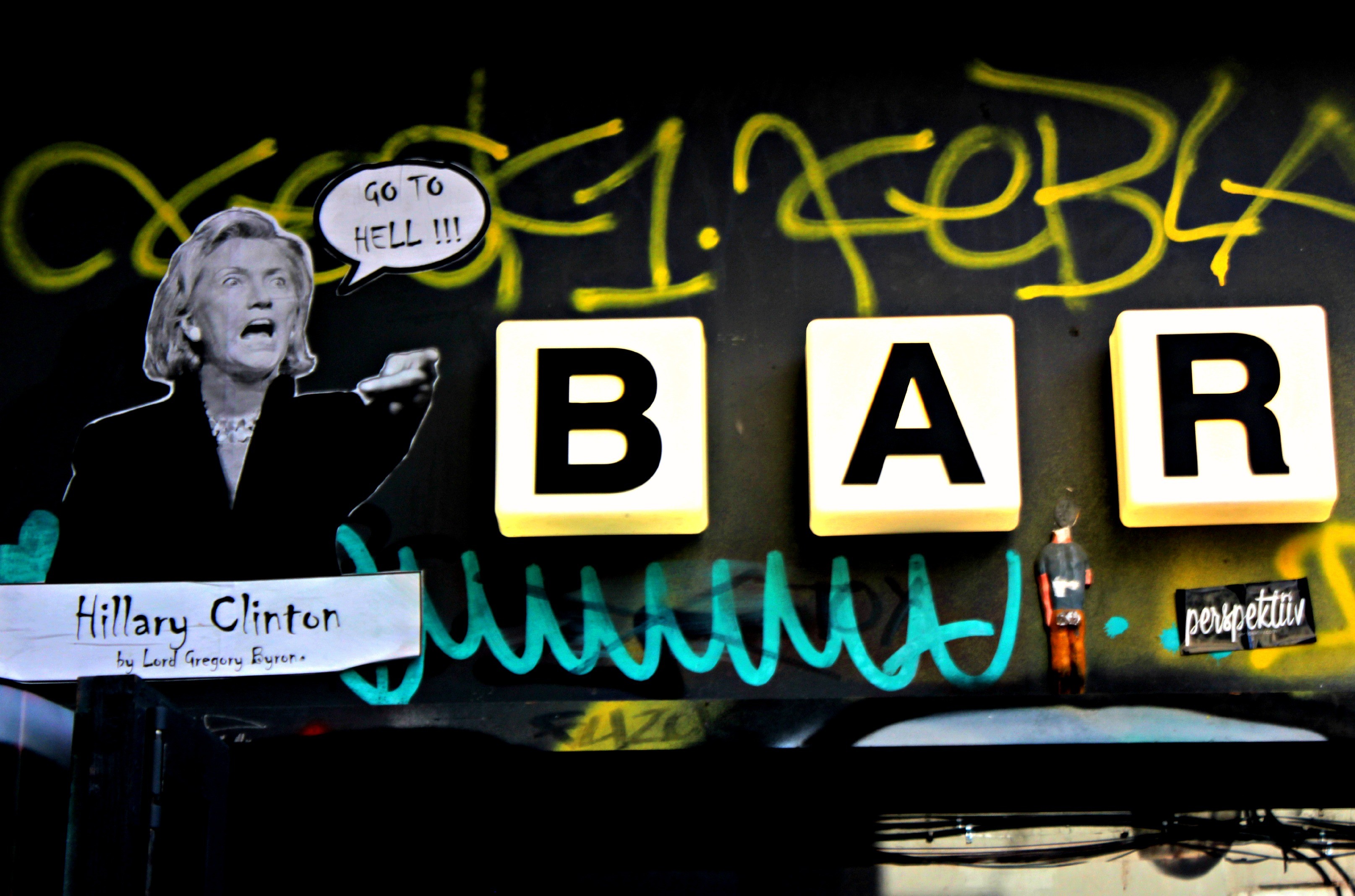 This Californian street-art enthusiast has been living in Barcelona for the past ten years and decided to share his passion with other people through the creation of this tour. Trying out the BSST made me want to know more about the background of its creator and just learn about how everything started… “The BSST was born a few years ago, explains Mike as he accepts to answer some of my questions. I had been coming to Barcelona on and off to live here year around.  During my visits, I was always attracted to the colorful vibrant art in the streets. Once I moved here for good, I became even more interested and started going to the art shows of some Barcelonan street artists. As I learned more about their work, graffiti and the dynamics of that world, my enthusiasm just rose and that’s how I came up with the BSST initiative”.

But how do you transform a concept into an actual movement? I can’t help but wonder if this kind of tour is somehow hard to implement. The street-art world is so ephemeral and constantly changing, how can you actually create a business plan around it? “To see if the idea was viable, I first searched for and joined street art/ graffiti tours in other countries. I also tried to know if there had ever been such kind of tour in Barcelona before. It turned out there had been and you could also find these tours in some other European cities as well but none were or had been very established or updated.” At the time, Mike met by coincidence a person who had a crucial impact on his project. “One of my friends was also living here and he happened to be very involved in the Barcelonan graffiti scene as artist and curator. He had a great knowledge and personal insight about the art pieces painted all over the city and was immediately very interested in my idea.  From there on, we began talking, we built content together, we made a strategy and we launched our tour in the spring of 2012.” 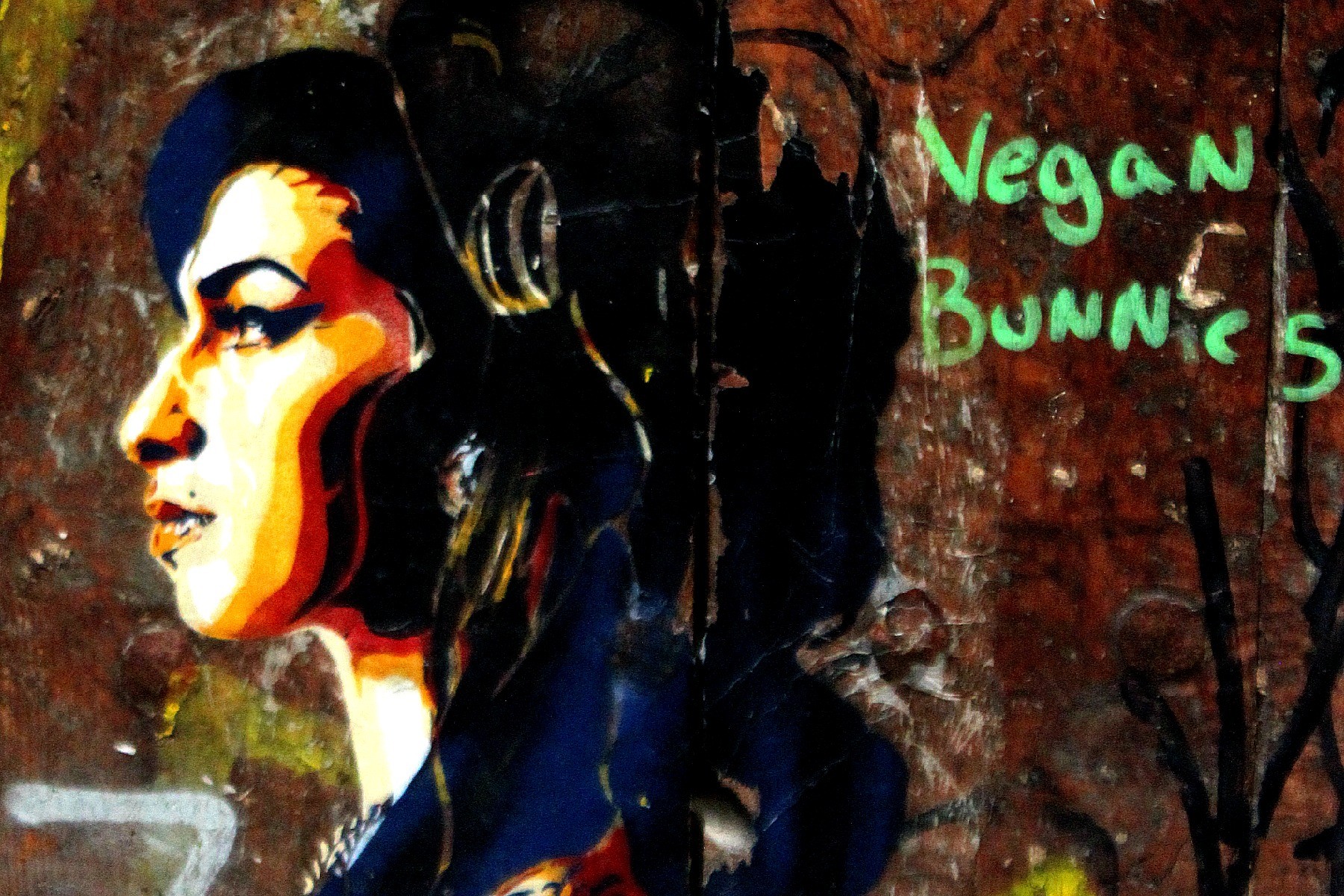 The current format of the BSST was pretty different back then and it soon evolved according to the first walkers’ feedbacks. “We started out with just one big tour highlighting and pointing out works by the most popular and world renowned artist, recounts Mike.  but it didn’t take us long to realize that for a tour like this, three hours walking was just a bit too much. That’s how we decided to split the tour into two: one in La Ribera/ El Borne/El Gotico and another in El Raval/ Poble Sec.  This proved to be successful, not only because it made everybody happier, but also because it improved the overall quality of the BSST. It pushed us, the guides and content builders, to examine each area much closer, and talk about a larger crowd of artists that could have been overlooked previously.”

I ask Mike if his street-art tour has known other evolutions more recently, as his concept is fully depending on the changes we can see in the streets of the city. “We began our tour at a very transitional stage in Barcelona and the city is very much still transitioning.  At the moment, the ayuntamiento (municipality) wants to bring more traffic to the city-centre, so there are a lot of new constructions in more remote neighbourhoods. That means more opportunities for artists to put up new pieces and graffiti. We took advantage of this change and recently expanded our service by adding a bike tour to our offer, in order to bring even more content to our guest while pulling them out of the city-centre “bubble” and showing them the array of street art and murals that live in Poble Nou.  It’s my favourite tour to do, not only because there are so many surprises and things to do but because we get to ride along the beach too.” 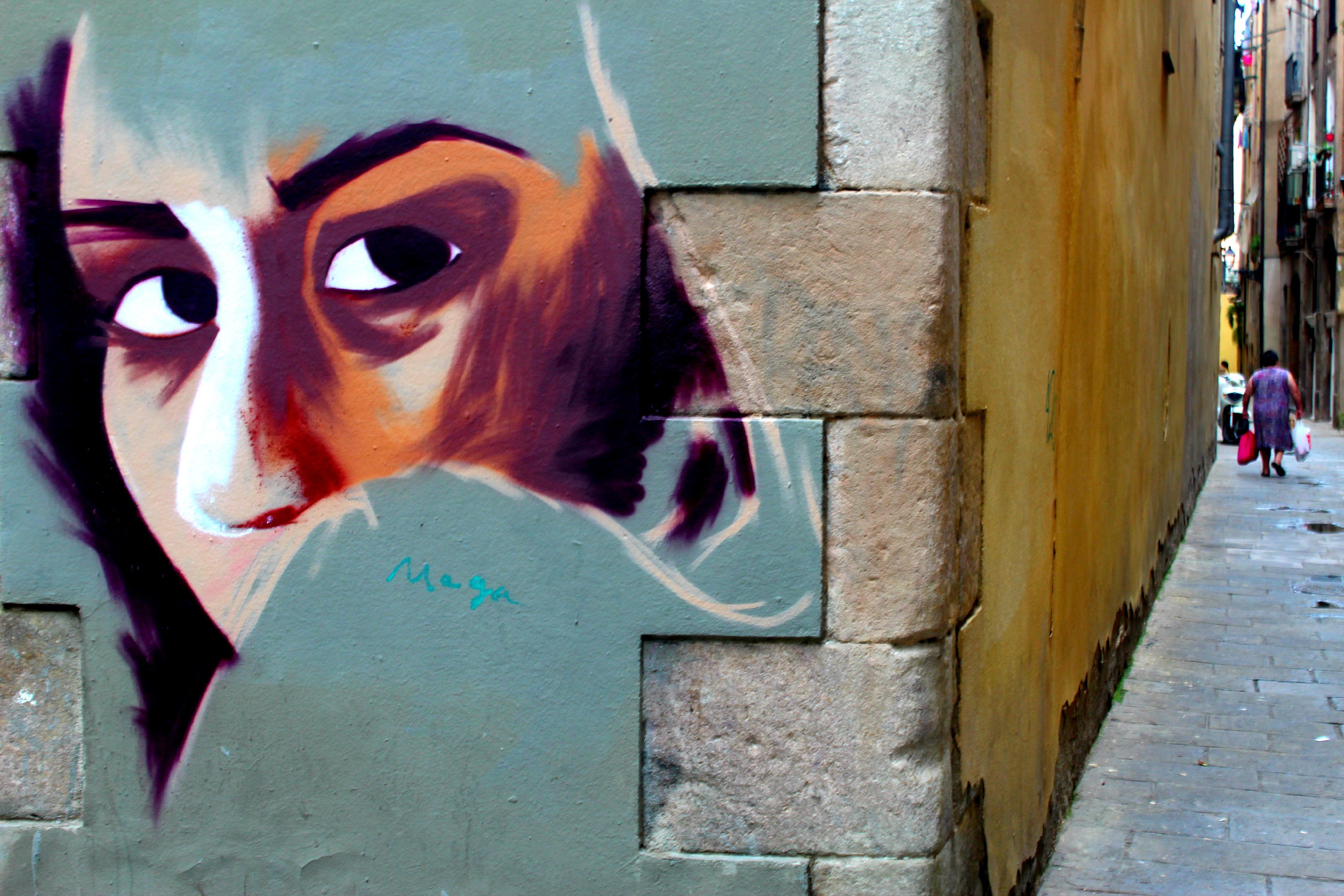 The tour is becoming more and more successful throughout the years and already left Mike with some great memories. “I love it when I tour the streets with a group of walkers and we just randomly encounter a legendary artist like PEZ painting a huge mural somewhere in the centre. It gives the opportunity to the guests to see the process I was just explaining to them 5 minutes before… But I think my best memory of all was the time ZDFkultur, a national German TV program, did an investigation on Barcelona street art and asked us to show them around the city and talk about street art graffiti. It was very nice, afterwards, to see the tour from a third party perspective and I became even happier when people started joining us and recognizing me from the program, a few months later.”

Talking about the BSST enthusiasts, I wonder what the persons who join Mike on his tours are usually like… “Our guests are mainly girls between 18 and 33 years old, but not far behind are the guys around the same age. They mostly come from Scandinavian countries, France, the UK and a good amount from Australia too.  Our tour does fall in the niche market, so we also get a lot of street art fans and “graffiti hunters” who travel the world collecting photos of street art as well. They are the guests that always push us to stay knowledgeable and up to date about the content Barcelona has on the streets.” 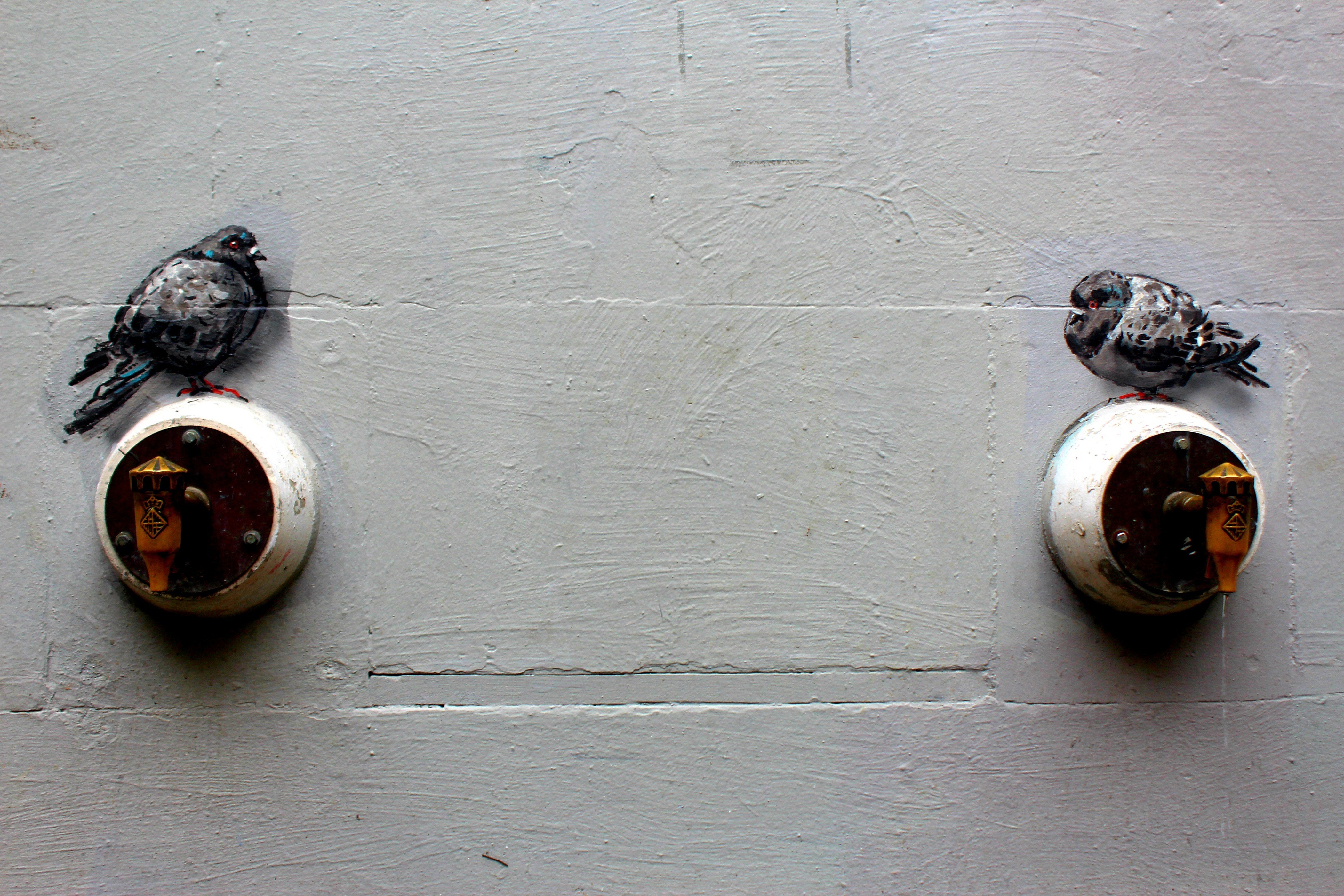 I happen to fall directly in their target category and that’s probably why I enjoyed so much joining the BSST. What I find particularly fascinating is also how the tour is never the same and constantly changing. “All the street art pieces will eventually disappear, and that is a very important aspect of street art and graffiti we explain to our guests.  Whether by the property owner (the municipality) and ultimately by the action of mother nature itself, these works of art will eventually be gone at some point, and that is part of the beauty and poetry of it.  Everyday has to change and so does our tour, in a certain way. That’s probably what contributes to making it a success”.

I couldn’t agree more with Mike and one thing is for sure: the art pieces might be changing, it seems that the BSST is there to stay. The tour introduced me to a new Barcelona during my last visit, one that’s extremely rich and that I didn’t expect. As we finish the interview, I thank the tour creator for his time and also for his concept. His project is one of a kind and the enthusiasm and story of the man behind it contributes to making it something great. So, next time you hit Barcelona, just think about joining the BSST: it will make you fall in love all over again with the Spanish city. And if you’re a first-timer there, consider it also, as it will give you the best introduction to the real Barcelona: a place that doesn’t limit itself to Tapas, Football, Beaches and Gaudi.