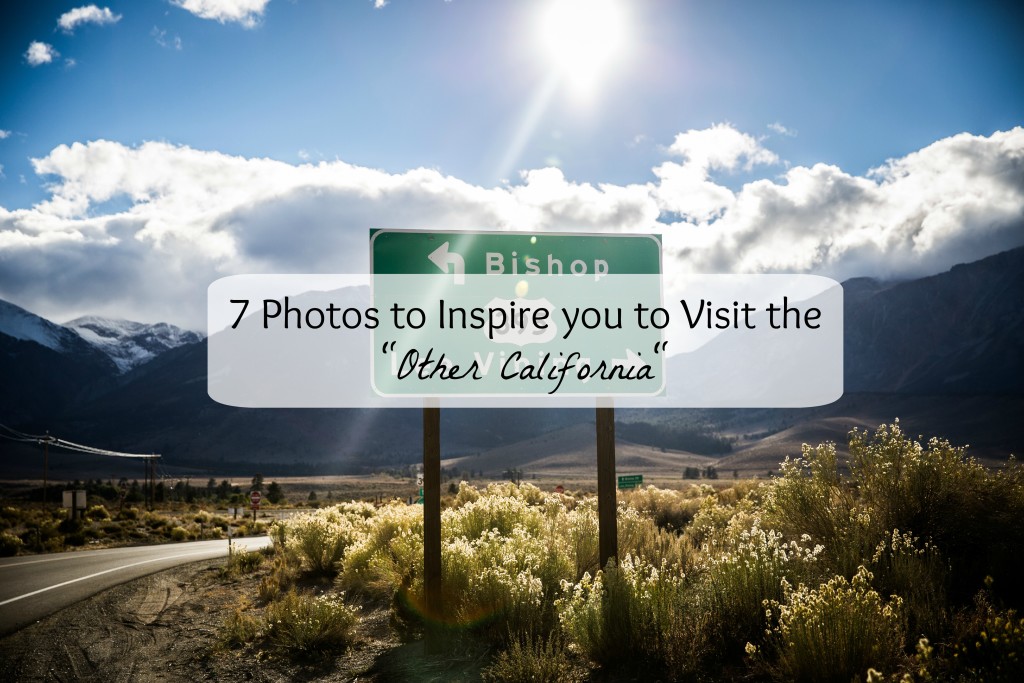 It’s like deja vu—I am back on the open road with mountains rushing past my window, my headphones playing both the perfect soundtrack for the passing scenery and the beat to my writing. The area is desolate, nothing but deep, green forests hiding the bald spots of the Sierra Nevada mountains. It reminds me vaguely of the Atlas Mountains in Morocco where I recently found myself in a similar spot—on a small bus winding its way through wide, open spaces and cutting a path to a destination beyond the hills.

This time around, I am traveling through California or (as I like to think of it) the “other California.” I’ve been to this state many times before, to the glittering west coast with its sun kissed sand and colorful cities. I’ve walked through eucalyptus-smelling parks in San Diego, brushed elbows with celebrities in Los Angeles, ridden trolleys in San Francisco but I haven’t been here—the backbone of the state—the darker alter-ego to California’s coast. Here, where the Sierra Nevada’s silhouette is speckled with sweet smelling pine trees, where the fog hangs thickly over a palette of blue-grey-green lakes; the feeling is complicated like looking into a painting that kicks up an array of emotion.

The scenery changes swiftly here—from fairy tale-like mountain lakes to desolate ghost towns to rolling sand dunes and striped canyons, leaving you feeling at once inspired, nostalgic and melancholy. I am making my way down Route 395; the overlooked cousin to Highway 1, that stretches from the Canadian Border to Los Angles—cutting a clear path through the Sierra Nevada mountains and Death Valley. As I type this I am bumping along a gravel road in Death Valley watching dark rain clouds gather over the landscape. Photos barely do the scenery here justice yet if a picture is in fact worth a thousand words than perhaps these seven photos will say more about the marvels found off Route 395 than I ever could. 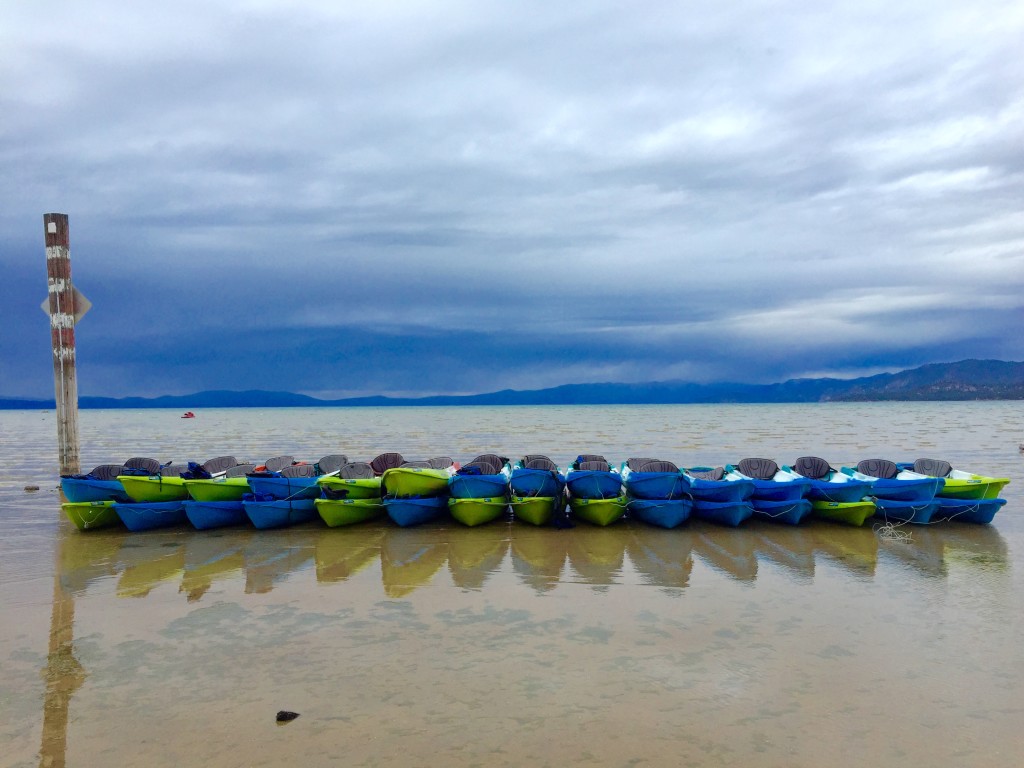 About an hour from the Reno-Tahoe airport is Lake Tahoe, a popular destination for skiing and indulging in the area’s natural beauty. From mountain biking to kayaking to paddle boarding, Lake Tahoe seems to cater to the active travelers with a devout love of nature. I immediately fell in love with Lake Tahoe and was struck with the idea of the “other California” as I stood taking in its moody weather and romantic, melancholy scenery that contrasts so much from the sunny west coast. The misty lakes, pine trees and mountains are all reminiscent of the Pacific Northwest. 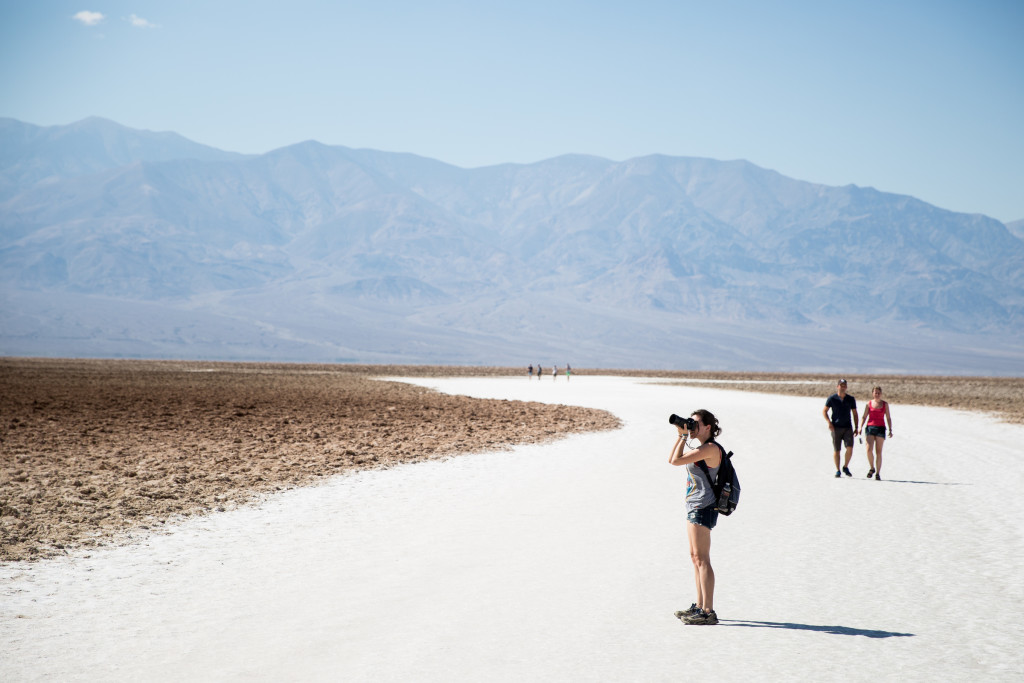 At 282 feet, the Badwater Basin in Death Valley, California is the lowest point in North America. The salt flats remind me of the salt flats in Bolivia as they extend in all directions under a hazy heat. That white path you spot in the photo is the crushed salt from the footsteps of various travelers–the surrounding brown landscape in fact uncrushed salt–all of it once the bottom of a lake decades ago. Photo credit: Max Whittaker 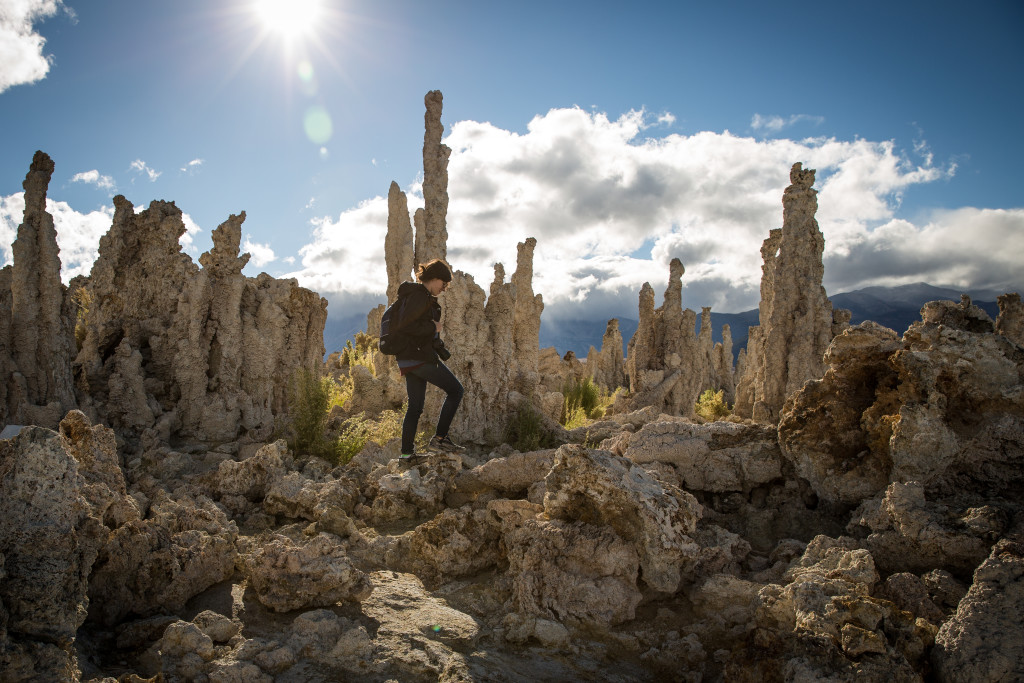 Mono Lake looks like the backdrop of a sci-fi movie with its calcium-carbonate spires (known as Tufas) rising dramatically from the land and water. The oddly shaped Tufas are formed naturally by the interaction of spring water and the alkaline lake water, it is essentially a natural chemical reaction that results in a view that is unlike anything I have seen in my travels. Mono Lake covers 65 square miles and is over 1 million years old making it the oldest lake in North America. Photo credit: Max Whittaker 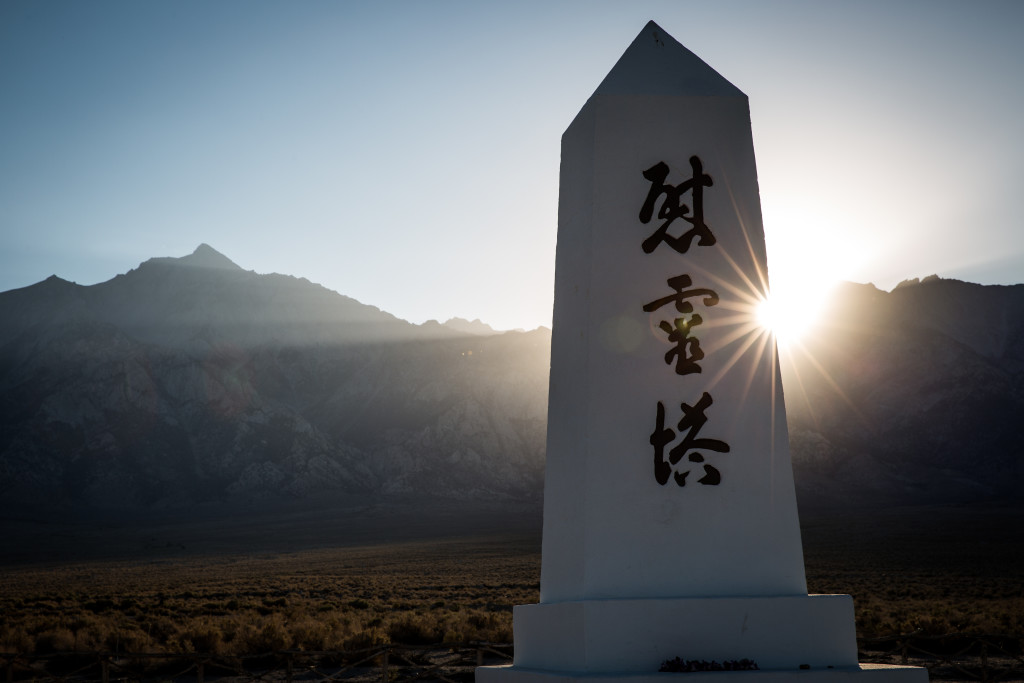 The scar on America’s history undoubtedly happened in 1942 when president Roosevelt signed an executive order to have Japanese Americans put in internment camps following the bombing of Pearl Harbor. American citizens were stripped of their rights and put into barracks in desolate areas for no other reason than their race. Manzanar is one of the spots where more than 100,000 Japanese families were detained in military-style camps. Photo credit: Max Whittaker 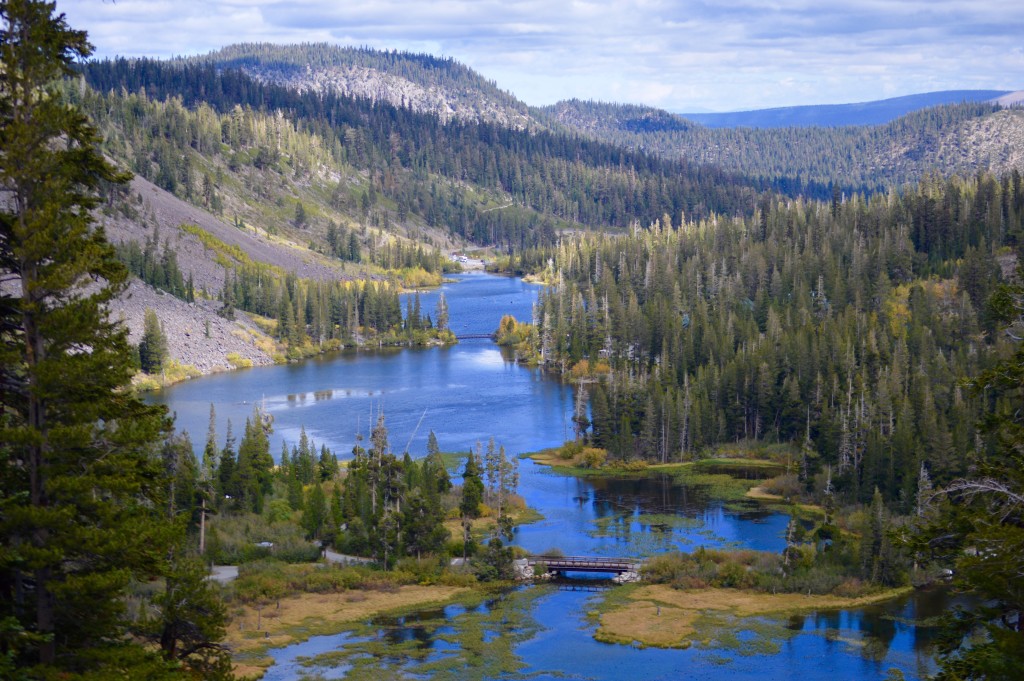 Mammoth Lakes sits high in the Eastern Sierra Nevada mountains and is known as being a popular ski destination in California. Regardless of the season, Mammoth seems to have it all–from hiking to mountain biking to fishing to kayaking. Perhaps one of the more scenic spots of Mammoth is the Twin Lakes overlook, which seems like something straight out of a fairy tale as a bright blue river runs down from the mountains and winds it way through the pine forests below. 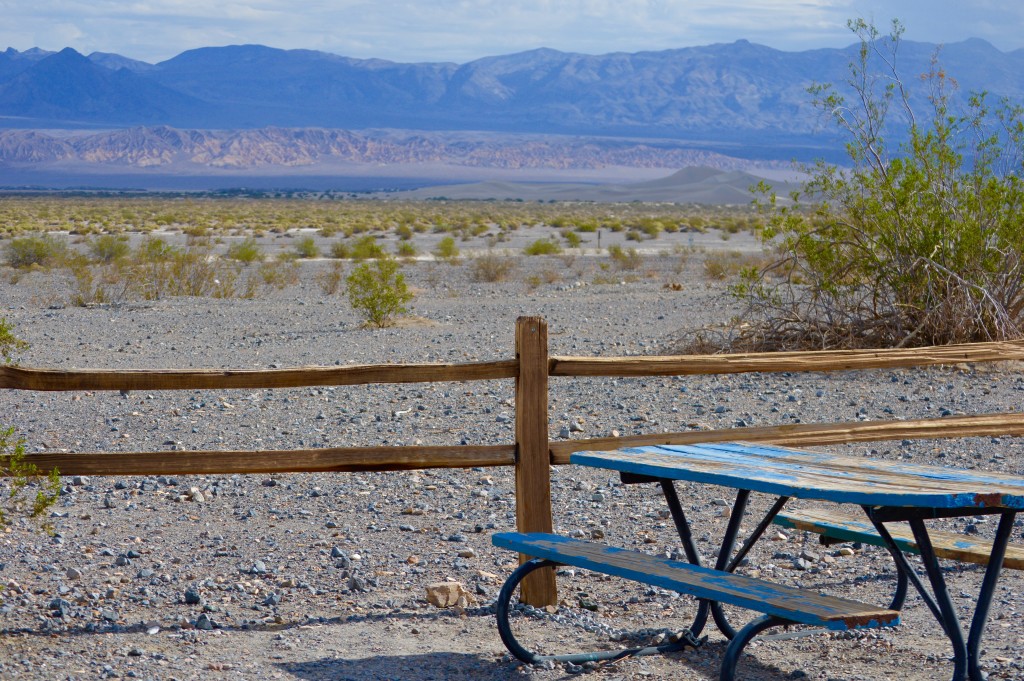 Known for its extreme temperatures, fickle weather and resilient wildlife; Death Valley is the hottest, driest and lowest national park in the states. Death Valley is the last stop on Route 395 before hitting Las Vegas and is worth spending at least a night to visit the park’s highlights and see the stars. From Badwater Basin (the lowest point in North America) to Dante’s View (which overlooks the entirety of the valley); every turn seems to reveal a breathtaking landscape and view. 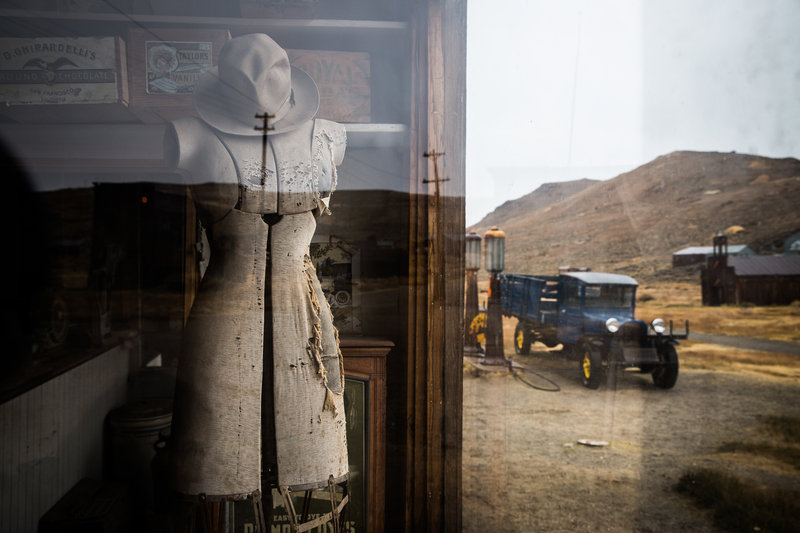 75 miles southeast of Lake Tahoe is Bodie, a genuine ghost town where 10,000 people once lived back in the 1800s. In 1875 miners in Bodie uncovered an abundant amount of gold turning this small town into one of the ten best cities in California back in its heydey. It might not look it now, but the dirt roads that lead to Bodie once were traveled with dripping anticipation as people flocked to the town’s hotels, saloons and shops. Today, Bodie is an abandoned pioneer town whose empty houses and main street look as though its inhabitants abruptly left without reason. Bodie is considered haunted by visitors and park rangers alike and is said to put a curse on anyone who dares take something from Bodie they shouldn’t. Photo credit: Max Whittaker

Read more about the ghost town of Bodie and discover a guide to Death Valley all on The Pin the Map Project. Don’t forget to share you comments, questions and California travel stories below!

*I visited Route 395 as part of a press trip with Visit California. The Pin the Map Project does not accept freebies in exchange for positive coverage, as always all opinions & experiences expressed are my own.