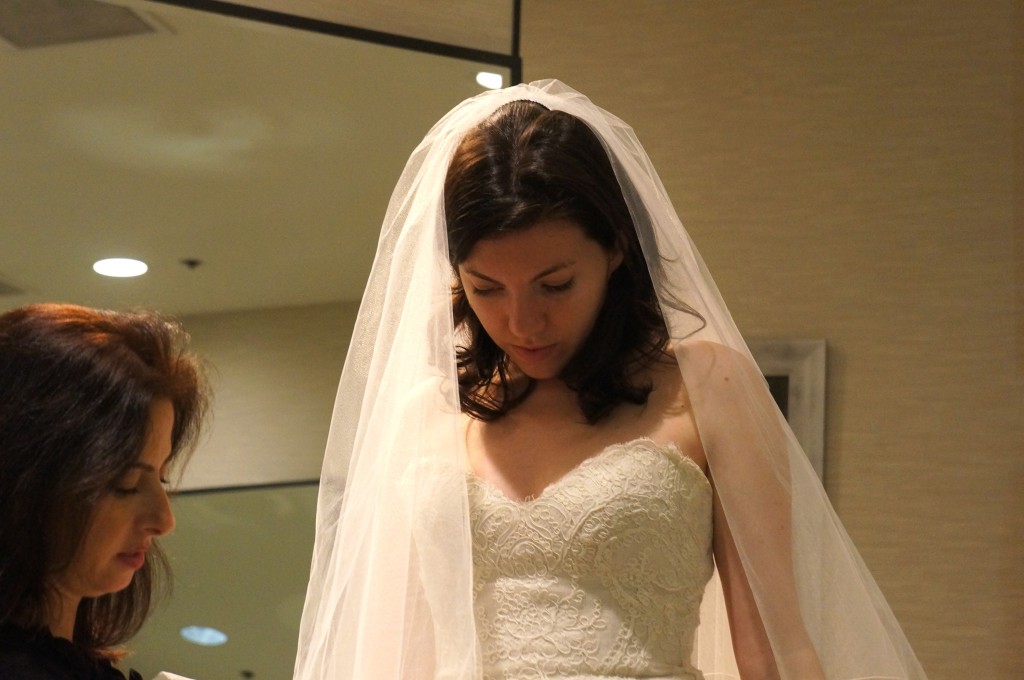 Almost a year ago, a story was published on Elite Daily by an anonymous runaway bride recounting her decision to call off her wedding. The story of her and her fiancé played out like a Lifetime movie: two young twenty-somethings who had a serendipitous meeting in Manhattan while interning in the city. Their whirlwind summer romance and string of dates eventually blossomed into a relationship that neither one had anticipated. The love came with all the trappings of a romance novel–heart wrenching long distance as the two finished college, moving into a small apartment together in a new city without a second thought, getting engaged with the same nonchalance one has when impulsively making a purchase. It was the type of relationship many of us have had, will have and can relate to; a magical connection that shrouds all logic and masks all incompatibilities until you’re in over your head.

Eventually, reality began to dawn on this “bride-to-be” who couldn’t quite get on board with wedding planning and the role of being a giddy, blushing bride. In the months leading up to her wedding day; she couldn’t ignore the stark differences in how her and her fiancé envisioned their futures. He pictured settling down, having kids, a dog, a large backyard and moving into a big home in suburbia; she pictured traveling the world, writing about various cultures and not having kids. She had wings and he had roots and while neither futures were wrong, both were undeniably ill-matched. 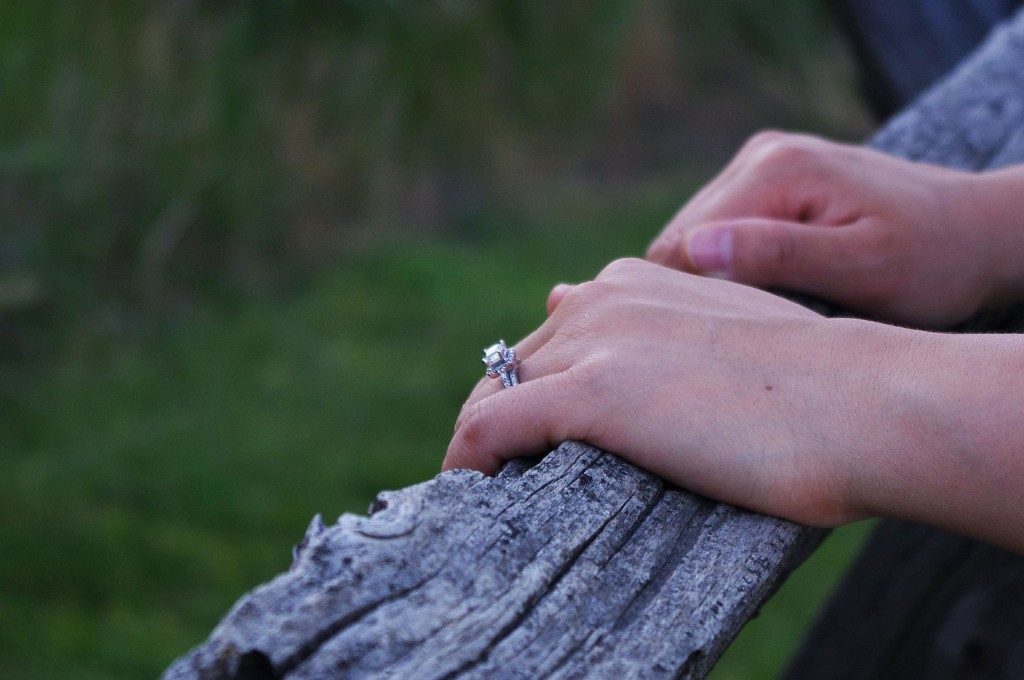 On a whim, this bride flew to Buenos Aires on assignment to solo travel through Argentina and Uruguay with hopes that she’d finally face her demons and decide what to do with her life. Away from New York and all the talk of wedding plans, this bride felt she could finally exhale and reflect on what she wanted out of life. In a moment that would stay with her forever, she found herself hiking the jungle paths of Iguazu near the border of Brazil; shamelessly asking herself What do I want? Without friends, family or her fiancé nearby, she surprised herself with how strong of an answer burst forth from her lips: I don’t want to get married. I’m not in love. There it was; an undeniable answer to a loaded question that had been lingering for months. She knew she had a choice: she could either change the course of her life now and give both her and her fiancé a shot at finding real happiness and a good match or she could file away her feelings and go through the motions of being a bride.

She called off her own wedding just weeks before it was to take place and as she sat amongst ripped up RSVPs, registry refunds and an excess of never-to-be-used wedding favors; she did the only thing she knew to do: tell her story. The story went live on Elite Daily one fall day and was debated over, commented on, praised and scorned but–like most things on the internet–eventually faded into oblivion. I am that runaway bride; that anonymous author who carried that connotation of having called off my own wedding the way one carries around heavy baggage. Being a travel writer, my work usually gets as personal as recounting destinations visited abroad, the taste of a delicious meal or serendipitous encounters with other travelers; but rarely do I dive into the details of my own personal life.

When I told my story of calling off my own wedding, it was to provide solace to any person who may finds themselves on the brink of a big life decision and trying to find the courage to choose a different path. Graduating college, getting a job, falling in love, having a wedding, getting a mortgage and having kids is the blueprint that many of us are handed for our lives; so to go against the status quo can be intimidating and greeted with eyebrow raises. Calling off my wedding was a heart wrenching experience that had a financial, emotional and mental toll. In a month’s time, I had seemingly lost my best friends, grew apart from my bridesmaids and even grew apart from family who couldn’t quite understand why I had runaway from marital bliss. The immediate aftermath of my decision was like pushing through a hurricane as I clung to that moment of clarity I had back in Iguazu and the unwavering strength and self-love I had found while solo traveling.

It’s been almost a year now and time has given me the gift of perspective as I reflect back on my decision to not walk down the aisle. Like the calm after a storm, the dust has settled and today this 27 year old runaway bride has chased her dreams of travel writing from Colombia to France, has been published in VICE, FOOD & WINE, Matador Network, Roads & Kingdoms and more and is on the brink of heading on assignment to Africa in 3 days and Vietnam in September. 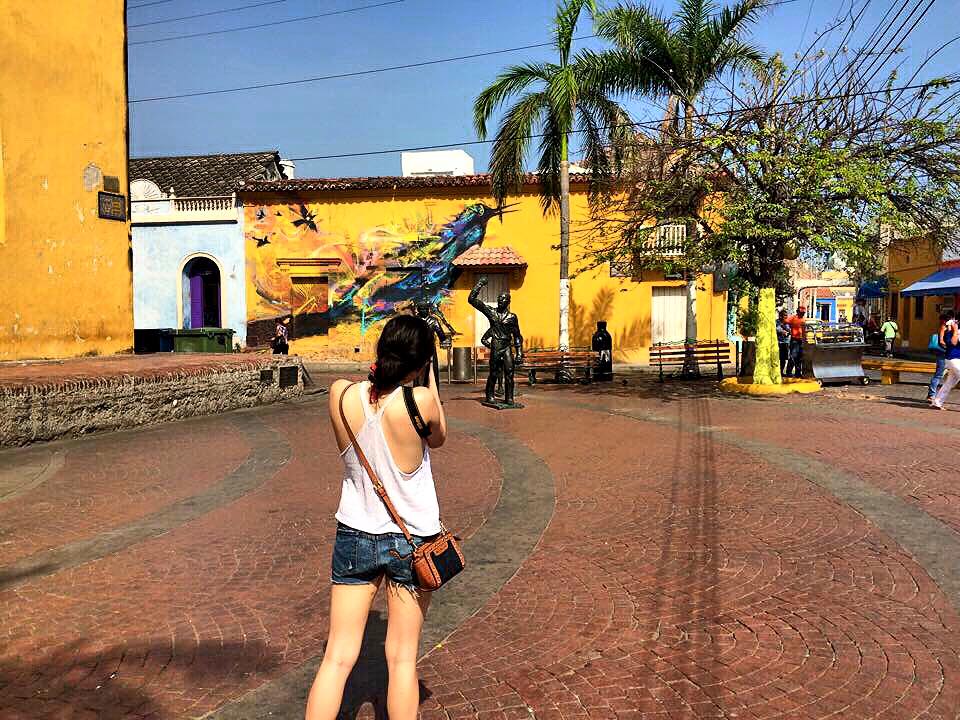 On The Pin the Map Project, I have single handedly grown my small website into an online destination that is now part of the Mode Media Network (ranked #7 of the top 100 web properties and reaches 406 million readers worldwide). My website has blossomed and so too has my passion for travel writing as I make the switch from a 9-5 job in advertising to becoming a full time freelance writer and travel blogger. My life now is much different than what it once was yet is more reflective than ever of the person I truly am. I am living a life defined by my passion of writing, am in a new relationship with a wonderful man whose love of the arts and an unconventional life mirrors my own, live in a new neighborhood that is bursting with global flavors and am surrounded by friends who I bond with over the world of travel. My ex-fiance has moved to a new city where he lives happily with his best friend; and we keep in touch on occasion and remain on amicable terms.

While traveling in Argentina I clung to the book Wild as I resonated with Cheryl Strayed’s character and how she sought the unpredictability and freedom of the Pacific Crest Trail. There is a moment in the book when Cheryl reflects back on all the decisions she had made in the past few years that led her far down a path that seemed to have no return. In the wake of her mom’s death and subsequent collapse of her relationship, Cheryl loses herself and direction until she is in mud-covered boots in the wilderness with nothing but her thoughts: “Here’s some questions I’ve been asking myself: What if I forgive myself? What if I was sorry? But if I could go back in time I wouldn’t do a single thing different, what if all those things I did were the things that got me here?” Looking back on my own journey, on the choices and mistakes I’ve made and wrong turns I took along the way; I can’t say I would change a single thing because everything–moving to New York, falling in love, getting engaged, calling off my wedding, becoming a travel writer–led me to where I am today.