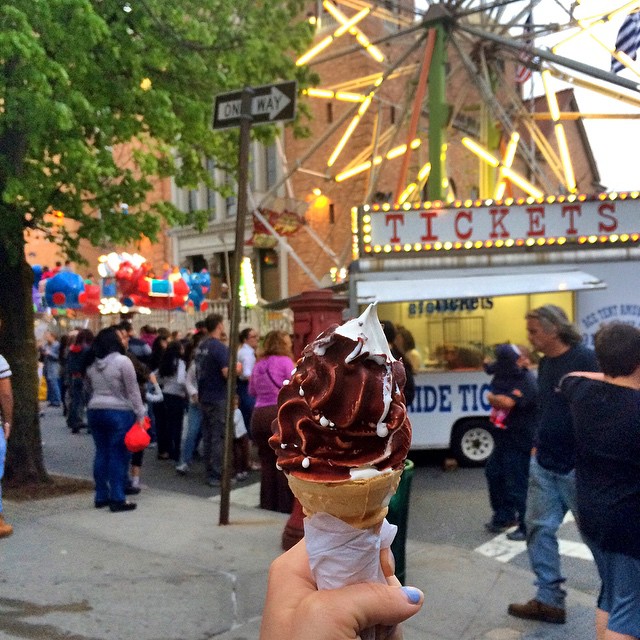 Early July and already it seems that this summer is a flash in the pan. I have only just begun to settle into summer mode and let the memories of New York’s past blizzard and endless winter melt away into the far corners of my mind. The city becomes a very different place when the temperatures rise and people swap their winter jackets for jean cut off shorts and Ray Ban sunglasses. New Yorkers seem to emerge from their apartments with smiles plastered on their face, tanned skin and an insatiable appetite to dine at sidewalk cafes and inhale ice cream.

While growing up, I would always share strawberry ice cream with my dad as we would pick out the strawberry pieces like it was an excavation site in Ancient Egypt. Now, in my late twenties, I can tell the mark of a good ice cream when I don’t just pick out the best parts but actually finish the whole cone. The following spots in NYC have passed my own personal ice cream test as it would be a crime to simply pick apart these treats and not devour the whole thing. 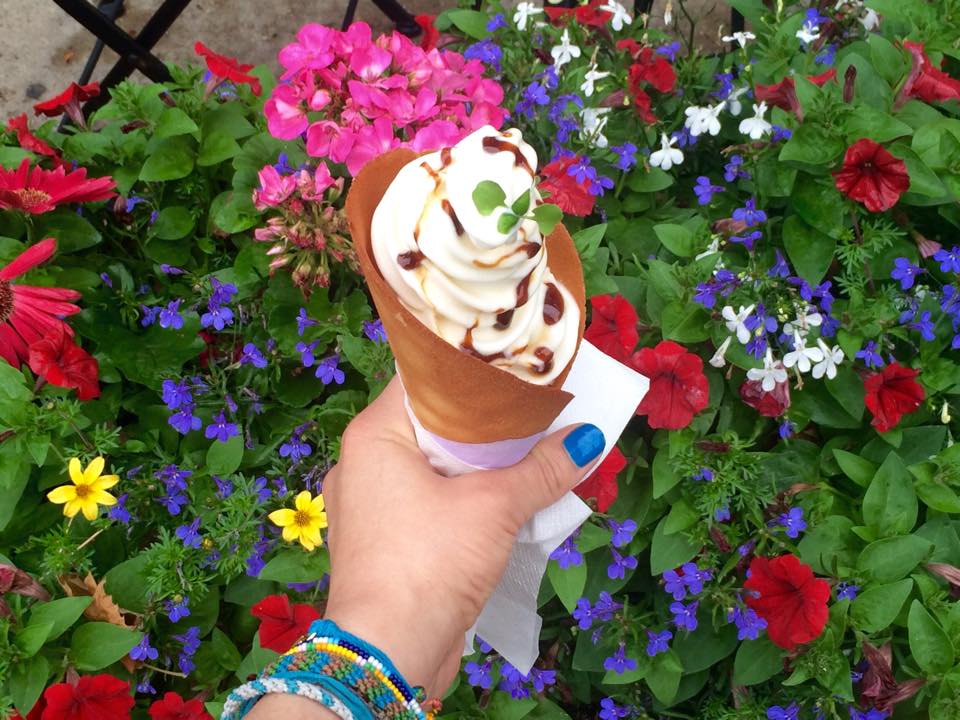 When I came across an article on Dominique Ansel’s newest Burrata soft serve, I decided what better way to start the weekend than give this unique ice cream a try. I had sat out the cronut craze started by Ansel and followed religiously by other foodies, but could not ignore the siren’s call of a Burrata ice cream. Burrata! I adore the milkier, creamier cousin of buffalo mozzarella and would order it routinely if it wasn’t always dragging along a high price tag.

Dominique Ansel’s ice cream is a revelation–the cone is crisp and freshly baked, the ice cream creamy with accents of sweet balsamic caramel and basil erupting on your palate. Just when you think the treat can’t possibly get any better you discover a strawberry confit and milk chocolate at the bottom of the cone (this particular discovery had me saying “wow” again and again). By the time you have nothing left but a sticky cone wrapper in your hand, you’re simply satisfied–that’s all. 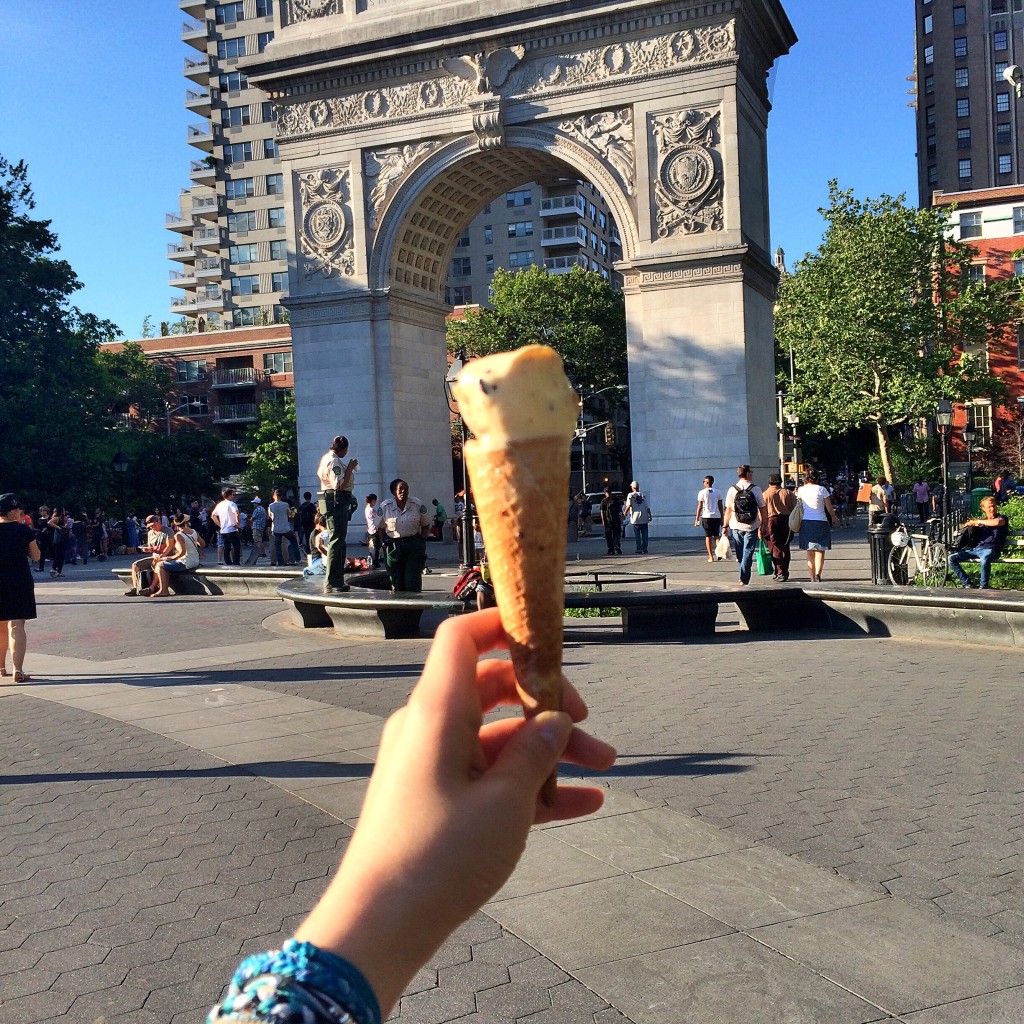 Nestled on Bleeker St. is Grom–a gelateria and frozen ice cream spot that uses seasonal fruits & high-end imported ingredients to create their delicious treats. Sticking to its Italian roots, Grom serves classic flavors that are made wonderful by the simplicity in which they’re made and the quality of the ingredients used. I recommend going for the Crema de Grom, which pairs pastry cream with Colombian sourced chocolate chips and crumbled meliga cookies. Get your cone to go and stroll down Bleeker towards Washington Square Park for a charming walk through this lively neighborhood. 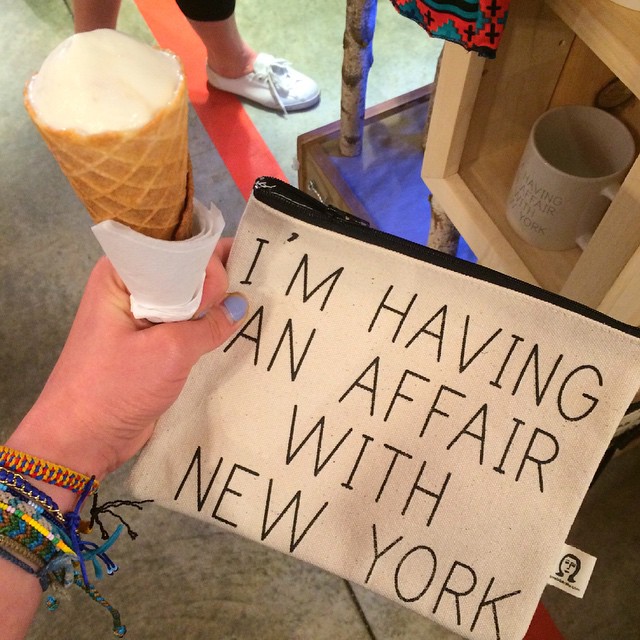 L’Arte del Gelato has locations in Chelsea Market, the High Line and Lincoln Plaza and serves delicious gelato with unique flavors such as mascarpone, chocolate with cayenne pepper and a ricotta flavor. When I tried it for the first time, I had the mascarpone ice cream (unable to resist the temptation to combine both my love of ice cream with my love of cheese) and was floored by how delicious it was! 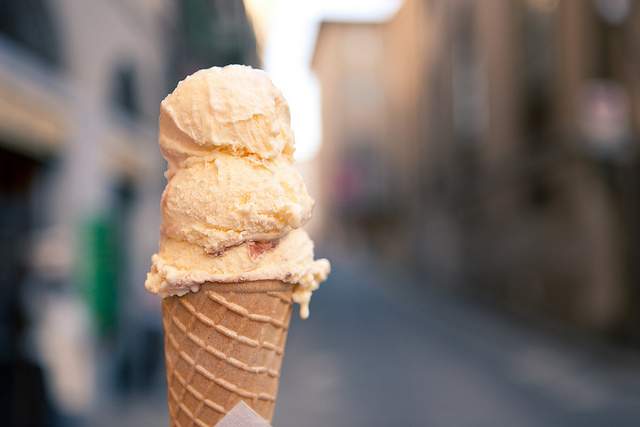 What sets Il Laboratorio del Gelato apart is that they make all their gelato fresh and on-site! When you walk into this ice cream shop it looks just as it sounds–like a miminalist laboratory with a counter to choose from the more than 200 available flavors. Yes, that’s right–Il Laboratorio del Gelato offers more than 200 flavors ranging from classics like vanilla to something more exotic like sambuca. You can mix and match flavors (I am particularly jonesing to try the mascarpone and olive oil mix) to create a unique ice cream experience. 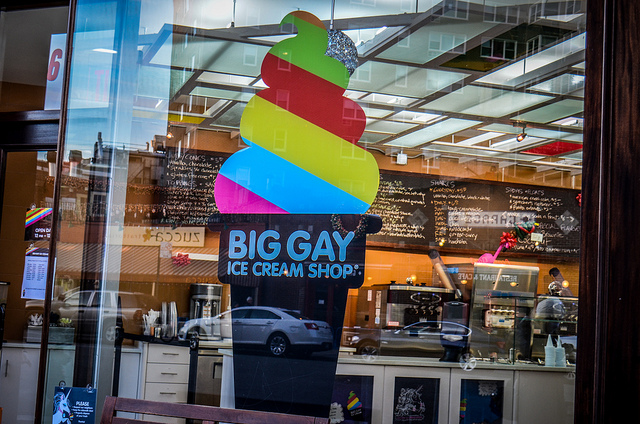 What started out as a seasonal food truck that debuted in 2009, has grown in such popularity to now have a brick and mortar location in the East and West Village of New York. Beyond the cheeky name, what makes Big Gay Ice Cream fabulous is their unique soft serve ice cream developed in collaboration with Ronnybrook Farm Dairy. Today, Big Gay Ice Cream has been celebrated as the #5 best ice cream parlor in the world and is considered one of New York’s best. It’s a fun ice cream shop that celebrates love and packs a lot of flavor! 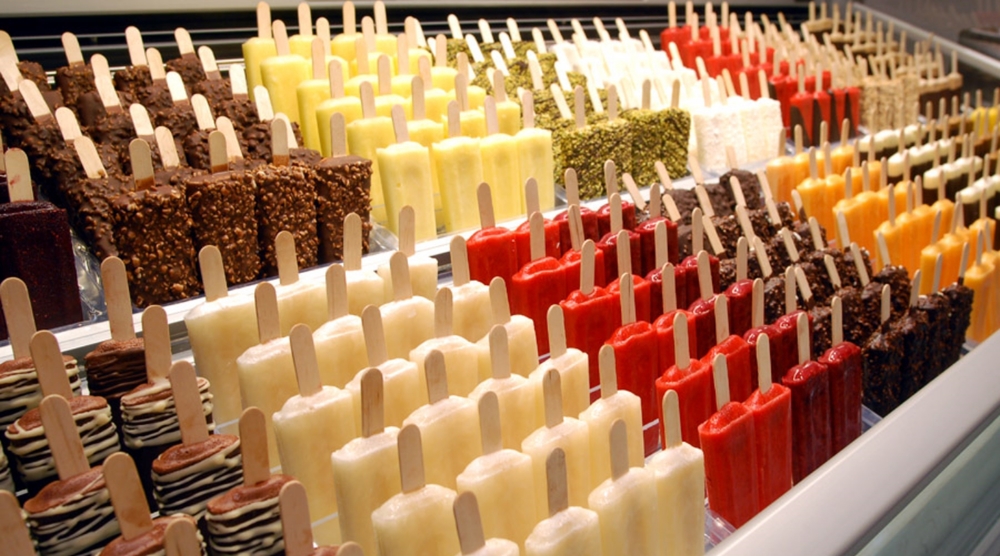 Pop Bar gives a playful spin to gelato and sorbet by serving them up in popsicle form; it’s a real throwback to the days of being a kid and hungrily munching on popsicles on hot summer days. Pop Bar prides themselves on offering traditional gelato in a whimsical way while only using the freshest of ingredients. Pop Bars are made daily from natural ingredients and are considered healthier and more fun to eat. Flavors are classic and range from vanilla to coconut. 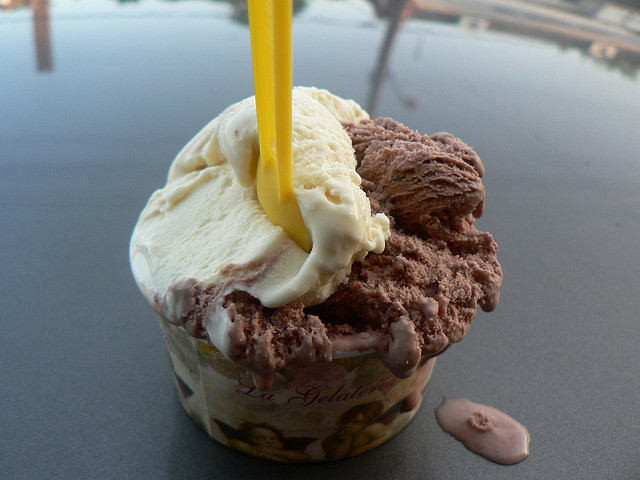 Sedutto is one of those New York staples and success stories whose roots reach all the way back to the 1900’s in Italy when Joseph Sedutto was first apprenticed to a local confectioner, from whom he learned the fine art of making exquisite ice cream. Sedutto eventually brought his talent to America where he was a pastry chef at the Waldorf-Astoria and went on to find the Sedutto Ice Cream Company. Today, this iconic ice cream joint has perfected the art of gelato with flavors ranging from apple pie to red velvet.

Ice cream is such a playful treat that will always hold a certain nostalgia as it inevitably brings us back to the days of being a kid and listening for the melodic tunes of the ice cream truck. As adults, we all get caught up in the nuances of day-to-day life and responsibilities; but there is something sort of wonderful about having an ice cream and recalling a simpler time when the only task at hand was deciding between sprinkles or whipped cream.

Share your favorite ice cream spots around the world below and make sure to check out my other ice cream inspired story: DOMIINQUE ANSEL CREATES NEW YORK’S PERFECT ICE CREAM!