I have eaten many things in my travels—from kangaroo to rattlesnakes, shark to sweetbreads—but bugs have always presented a challenging culinary frontier for me to explore. The first time I ate a bug I was—of all places—in France where their delectable food left me wondering why you would ever deign to munch on crickets in France? I was roaming the stalls of the Les Halles marketplace in Tours and came across a barrel of crispy crickets that had been fried and seasoned beyond recognition. With locals in tow, they snatched up the opportunity to watch the American writer struggle with her bug phobia and pop a cricket in her mouth.

Let it be a testament to my competitive, see-I-can-do-it-too, nature that I defiantly grabbed a cricket and chewed. The bug was crunchy (as expected) and covered with spices; the taste was forgettable and texture tolerable. Needless to say, I didn’t reach for more crickets to snack on. My only saving grace in eating that cricket was that it didn’t resemble a cricket; had the bug looked like it strolled off a leaf and onto my hand I might have set aside my competitive self and walked away. 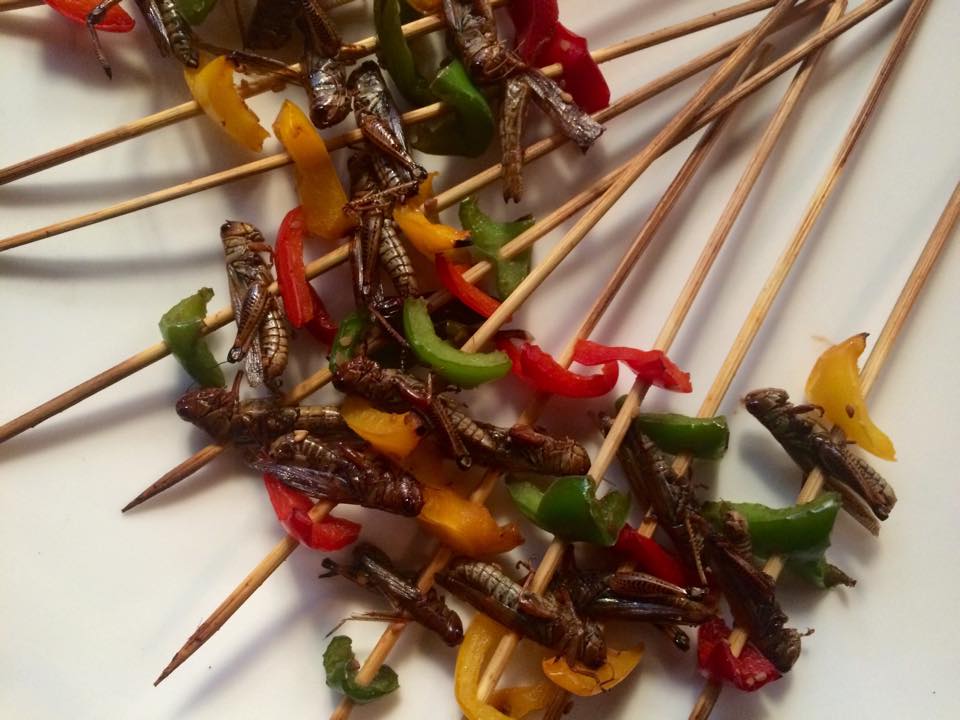 Flash forward to 2015 in New York City as I headed to an event on the Upper East Side to—once again—face my phobia of bugs by squirming at the sight of them on my plate. Naively, I imagined my one bite of cricket would prepare me for the stomach-churning menu prepared by chef David George Gordon, known as the “bug chef” for his culinary masterpieces and published book Eat-a-Bug Cookbook. Chef Gordon had prepared (brace yourself) cockroach canapés, tempura tarantulas, bacon-wrapped crickets from Cambodia and Oaxaca grasshopper kebabs.

I entered the Explorer’s Club near Madison Avenue and, armed with a glass of wine, walked up to the table to purvey the buggy scene. While I consider myself an adventurous eater, to my horror these bugs weren’t ground up, mashed or fried to look like something else—they were still very much in their original form and shape. The fried tarantulas with their spindly legs sticking out in all directions were perhaps the hardest for me to wrap my mind around; after all, I had spent the better half of my childhood emitting blood-curdling screams when spotting a spider just to now have it “willingly” on my plate. The Cambodian crickets—which evidently are 5x the size than regular crickets—were the size of my thumb and quite literally looked as though they had chosen to snuggle up inside that bacon wrap and take a nap. The cricket’s eyes, antenna and exoskeleton still very much intact; all I could do was gawk at the New Yorkers around me hesitantly bringing the hor d’oeuvre to their lips. 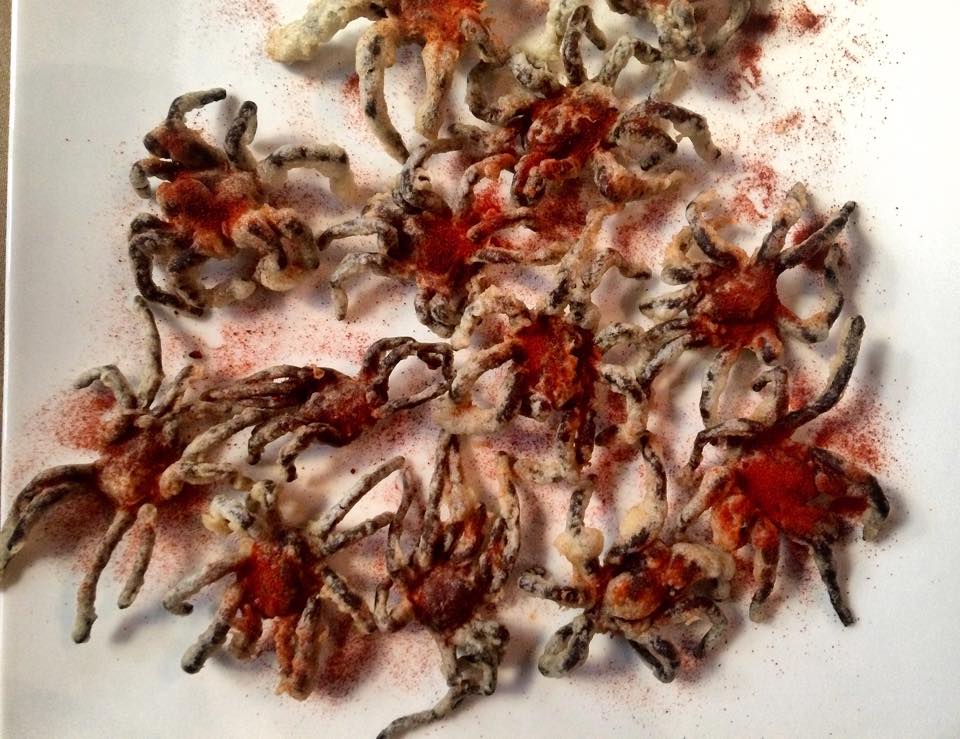 The fact is that while in New York City we may have the luxury of eating bugs as a sort of culinary thrill;  the rest of the world faces food shortage problems and insects just might be the solution. According to US News, the United Nations estimates a world population of 9 billion by 2050, which would require that we more than double our current food production rate. Insect consumption has its benefits; for example, bugs are far more sustainable than other animal-derived foods, as they produce fewer emissions than livestock and can be cultivated anywhere. Likewise, insects are increasingly being recognized as a healthy alternative to meat and strong source of protein.

Although much of the Western world may find it difficult to treat bugs as delicacies, insects are consumed widely—from South East Asia to Mexico. Insects are even being incorporated into the menus of adventurous restaurants such as NOMA in Copenhagen. Some popular creepy crawlers of choice prove grasshoppers, crickets, and locusts, which are the most consumed insects in the world and reportedly quite tasty. In my recent story for The Daily Meal, I explored bug dishes around the world and in my reporting realized that eating insects may very well be the future of food; that the Western world may in fact be behind on this necessary trend to explore other sustainable food options and sources of protein. It’s a long road to go as our culture has always been one to squash bugs and not cook them, so while I am an advocate of the sustainable food movement, I may not be ordering cockroach canapés anytime soon.

Have you eaten bugs before? Would you try bugs? Share your comments, thoughts and stories below!