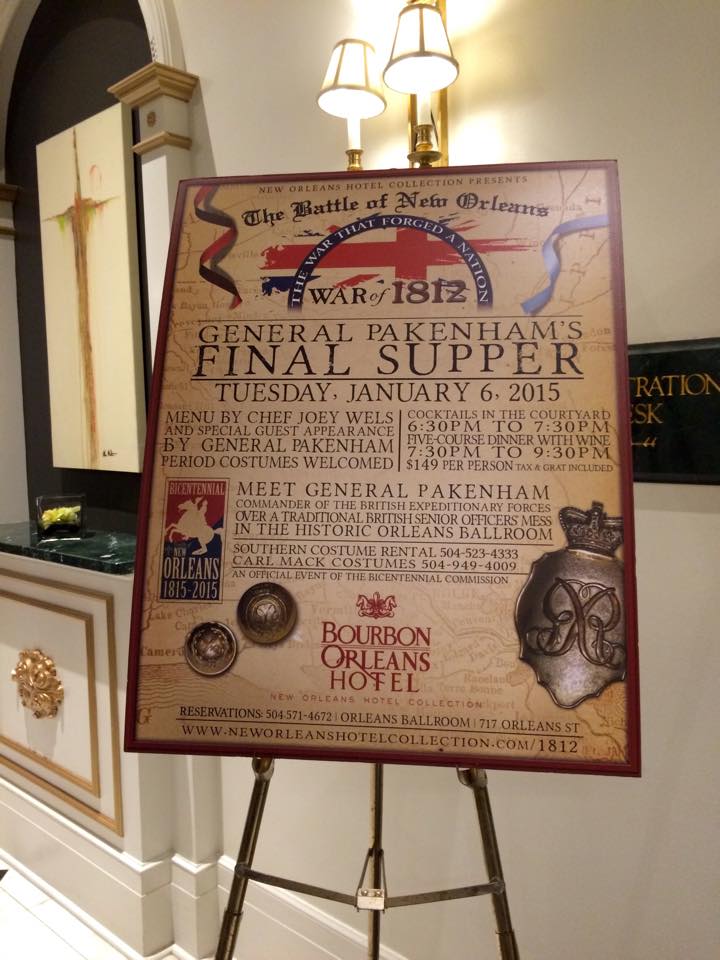 All of a sudden my iPhone and Nikon seemed very out of place as I stepped into the Bourbon Orleans Hotel, as part of the New Orleans Hotel Collection, and found myself surrounded by guests donning attire from the 1800s. Intricate dresses with delicate beading and rich silk were drapped across elegant ladies whose hands rested languidly on the arms of gentlemen dressed in smart jackets and vintage officer clothing. Feathers adorned the hair of women whose pearls decorated their necks, their gloved hands holding a glass of wine as everyone mingled together effortlessly. The scene was that of an old world charm that has been long lost to time; a nod to the days when pomp and circumstance reigned supreme and sweatpants and flipflops had yet to be invented.

With my technology now seemingly of the wrong era, I grabbed a drink and paced around the lobby of the Bourbon Orleans Hotel while sipping on pre-dinner cocktails. The costumed affair was both a treat for the eyes and palate as Chef Joey Wells had prepared an extravagant five-course meal with wine pairings to match. I was floating away on a sea of crawfish beignets when dinner was announced and couples begin ascending a staircase to the main dining hall. The cavernous room was lit only by candelight with round tables, light music, and a long table at the front of the room where General Pakenham (or moreso the gentleman playing him that evening) would sit with his party. 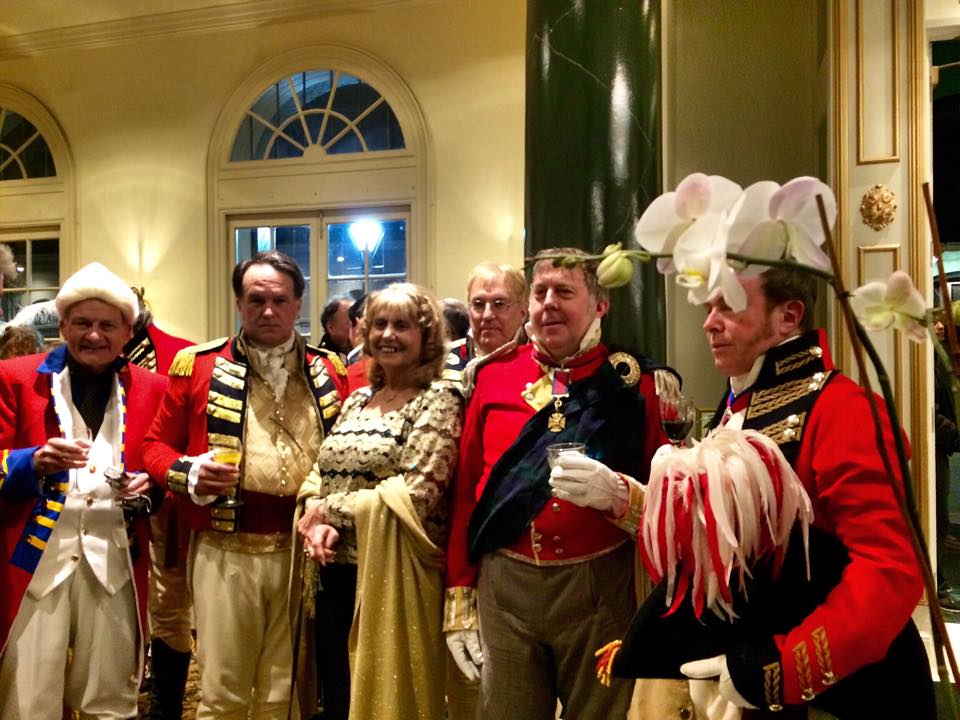 Promptly, a rich lobster bisque was served topped with Cajun caviar; it was delicious and as the room toasted to the occasion–as I soon learned the first of many toasts to take place–I was already smiling dreamily and anticipating the next course. This being New Orleans, it was no surprise when a dish of pecan crusted catfish arrived acccompanied with a rich praline sauce. The nutty accents complimented the catfish and lent the dish a sweet flavor only to be topped by the entree of pork grillades with southern grits and roasted root vegetables served next. By this point in the meal, it seemed my table has become fast friends as each toast had us laughing over the hilarious frequency at which this room was raising their glasses! 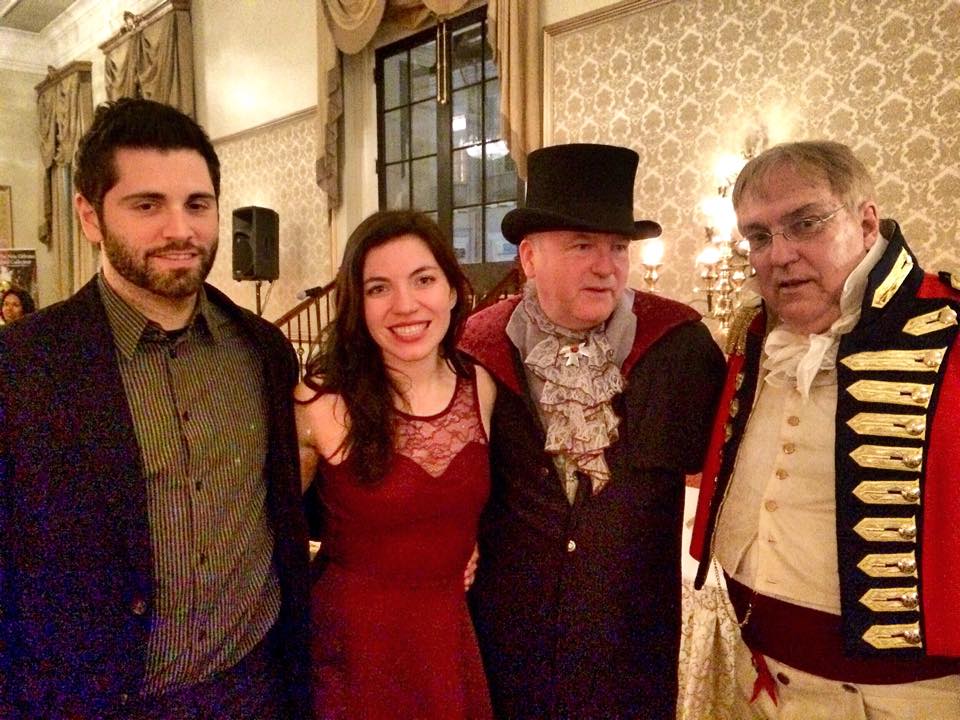 Every five minutes it seemed, one dashing officer after another stood up from his respective table, lightly tapped his glass with a utensil, and proposed a toast to General Pakenham and the battle. Throughout it all, I must admit I admired the dedication each person seemed to have to the era. With every clap, smile, cheer (and admittedly toast) from the room, it felt as though it truly was the eve of the final Battle of New Orleans. 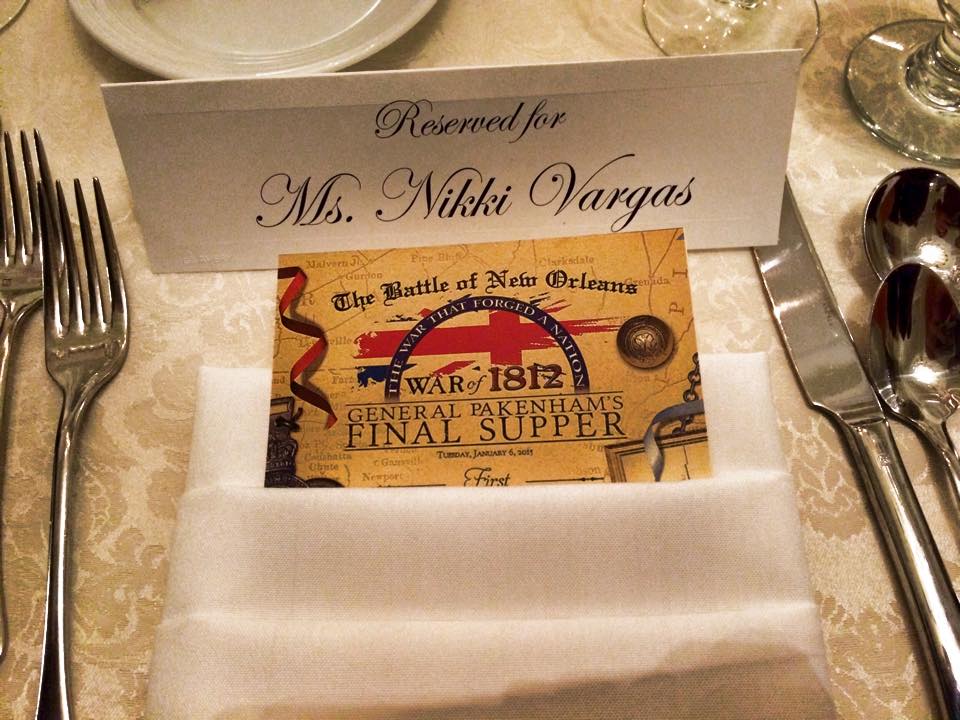 Dessert arrived–a triple chocolate torte with champagne poached berries–and one could only hope that the actual General Pakenham did in fact dine this lavishly during what would prove his last meal. As quickly as it started, the dinner ended and dispersed like a vivid dream that leaves one wondering if it ever truly happened. Before I knew it, I was back on the streets of modern day New Orleans as revelers in beer shaped hats stumbled their way down the famous Bourbon Street. Perhaps I may have been out of place at General Pakenham’s Final Supper but as I watched sloppily dressed men sway down streets with women in skin tight dresses, I couldn’t help but have a bit of nostalgia for an era of class and elegance I never knew.

Your turn! Have you been to New Orleans? What was your favorite memory there?

*I was invited to this dining event by the New Orleans CVB. As always, all opinions & experiences on The Pin the Map Project expressed are my own.