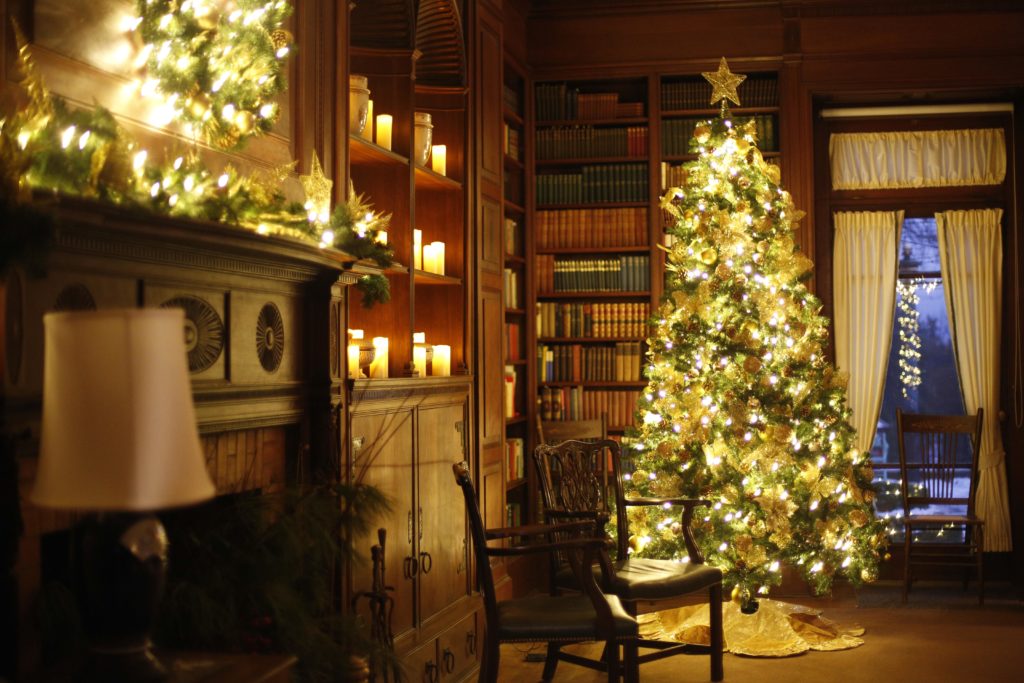 It’s never too late for new traditions, and what better time to ring them in than around the holidays? Cue Winterlights, an immersive light show designed to elevate the season’s enchantments by decking out the manicured gardens of two spectacular historic homes in the Berkshires.

As if the Gilded Age splendor of a 19th-century estate didn’t conjure enough magic, some 120,000 twinkling LED lights enliven the sprawling grounds of Massachusetts’ Naumkeag for the holiday season. A path of shimmering tea lights guides visitors past exquisitely decorated lawns, along a promenade of technicolor trees, and through a fantastically festive greenhouse (not to mention a coffee cart stocked with hot chocolate, cider, eggnog, and donuts) on this brilliantly-lit custom tour of Naumkeag’s gardens.

Come nightfall, the 44-room “cottage” that is Naumkeag takes a back seat to the dazzling merriment outdoors, but first-time visitors should hardly disregard the National Historic Landmark that crowns the gardens. 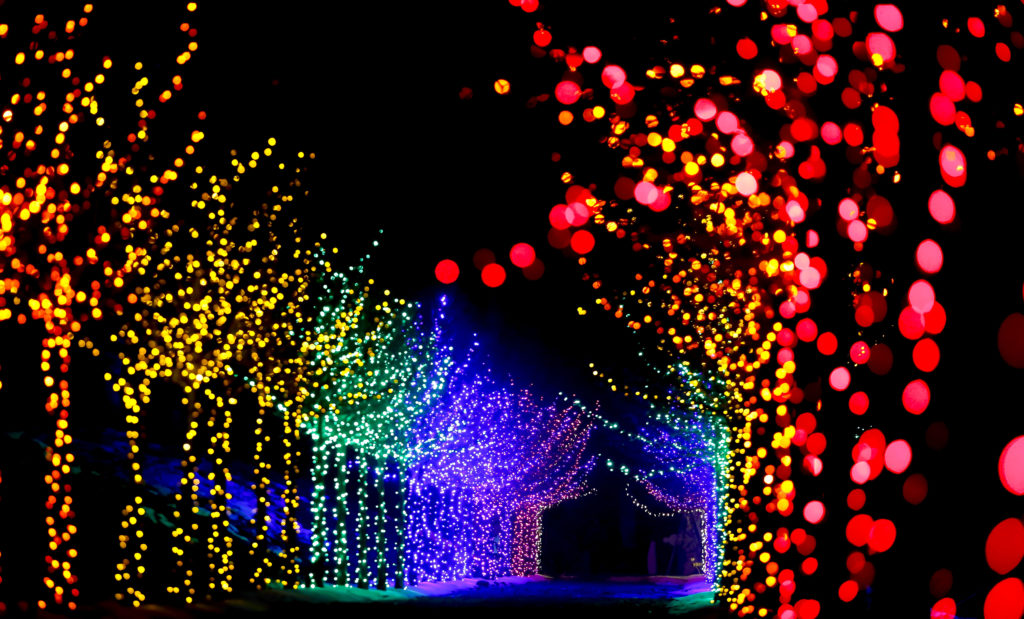 Naumkeag was built at the behest of New Yorkers Joseph Choate, a prominent lawyer and diplomat, and his wife Caroline, co-founder of the prestigious Barnard College for women in Manhattan. After spending their summers in Stockbridge, Massachusetts, the Choates sought a grand local country house to call their own. In 1884, Mr. Choate consulted his friend Charles McKim of the pivotal American architectural firm McKim, Mead & White (the trio behind the original Penn Station, the East and West Wings of the White House, and Boston Public Library), and by 1887, the plans for Naumkeag were realized.

Towering over eight idyllic acres in the scenic Housatonic River Valley, Naumkeag—the indigenous name for Salem, Massachusetts, from which Joseph Choates hailed—is a magnificent throwback to the bygone age of Vanderbilt, Carnegie, and Rockefeller opulence. In 1929, Joseph and Caroline bequeathed Naumkeag to their daughter Mabel, who spent the next three decades devoted to its upkeep. Together with the illustrious landscape architect Fletcher Steele, Mabel Choate oversaw the cultivation of seven exquisite sub-gardens within Naumkeag’s grounds, including the Chinese Garden, the Afternoon Garden, and the Tree Peony Terrace. 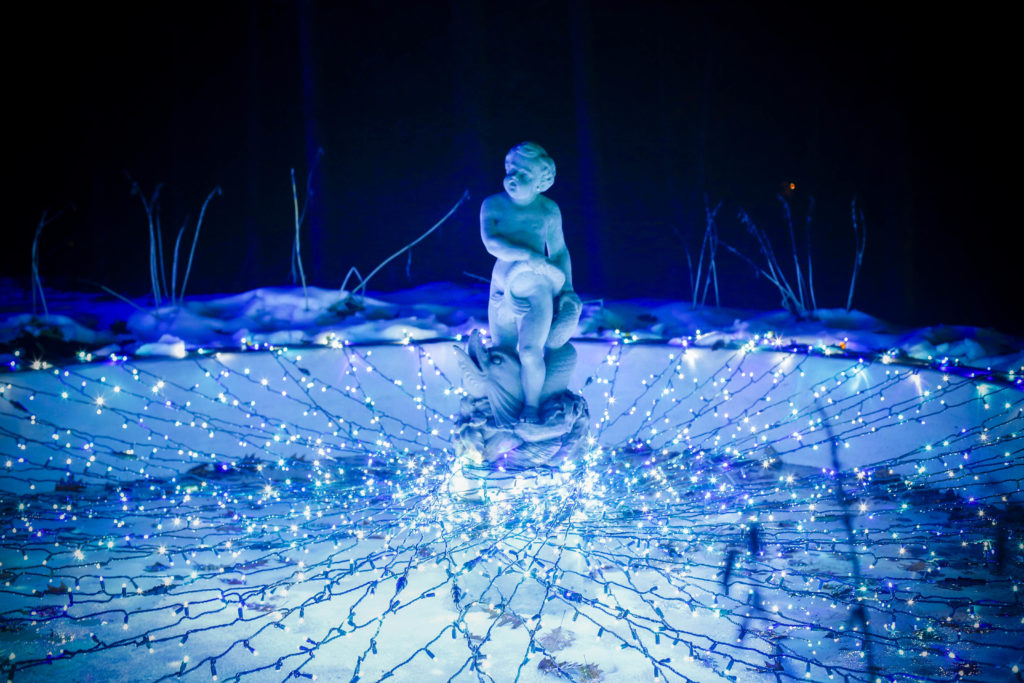 The Trustees of Reservations, the nation’s oldest nonprofit conservation organization, is to thank for the property’s pristine 21st-century condition. Mabel Choate bequeathed the fully-furnished house to The Trustees in 1959, and the Massachusetts-based coalition has since welcomed over 11,000 annual visitors to this beloved site in the Berkshires. The inaugural Winterlights display was unveiled across Naumkeag on November 30, 2018, and until December 30, this relic of American history will stay transformed into a winter wonderland.

From November 29 until December 30, The Stevens-Coolidge Place will host a respective Winterlights display, also organized by The Trustees as owners of the property since 1962. This early 20th-century country house in North Andover, Massachusetts belonged to John Gardner Coolidge, a descendant of Thomas Jefferson and nephew to Isabella Stewart Gardner, and his wife Helen Stevens, who boasted 200-year-old ties to the region as a member of one of the area’s first farming families. Mrs. Stevens inherited and used the land (formerly known as Ashdale Farm) as a summer retreat until 1914, when she and her husband embarked on a lengthy restoration process to transform the property into the refined Colonial Revival estate visitors find today. 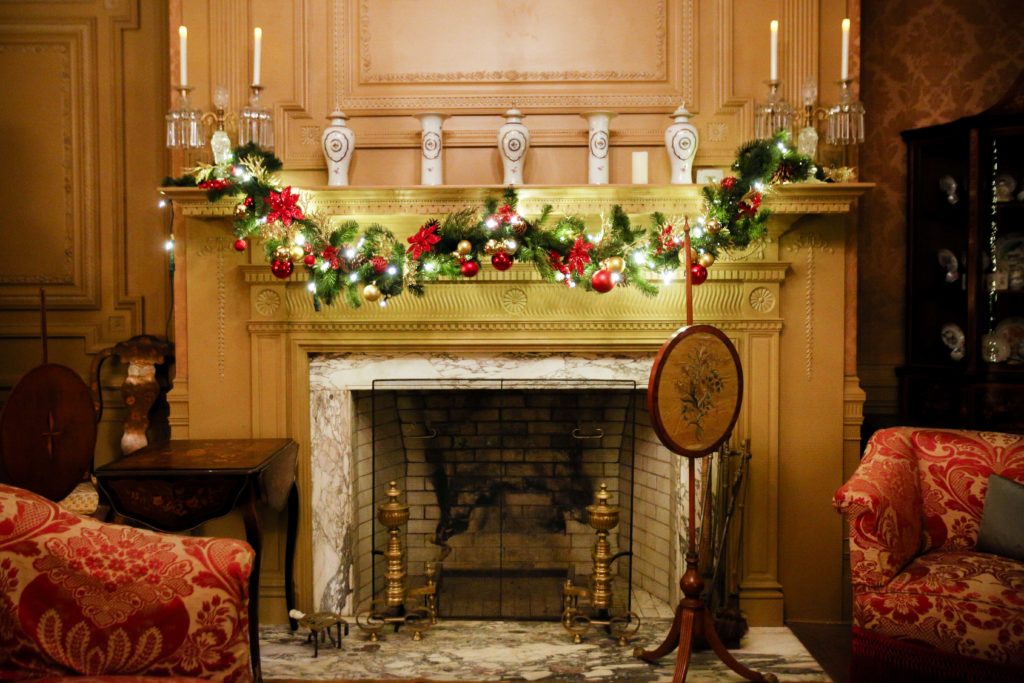 Winterlights brings both Naumkeag and The Stevens-Coolidge Place into the modern day with a, shall we say, illuminating outdoor exhibition, simultaneously honoring the history of both properties—not to mention family-friendly, time-tested holiday traditions. Winterlights is a ticketed event that runs from 5-8pm Thursdays through Sundays until December 30, 2018. Tickets are $12 for Trustees members and $17 for non-members, but children 12 and under are free.

For out-of-towners looking to get away this winter, the Trustees’ Guest House at Field Farm is less than an hour’s drive from Naumkeag. Overlooking Mount Greylock (the highest mountain in Massachusetts) the Guest House at Field Farm is a modernist marvel-turned-B&B in Williamstown, a stone’s throw away from a trio of major art institutions: the Clark Art Institute, Williams College Museum of Art, and Mass MoCA. 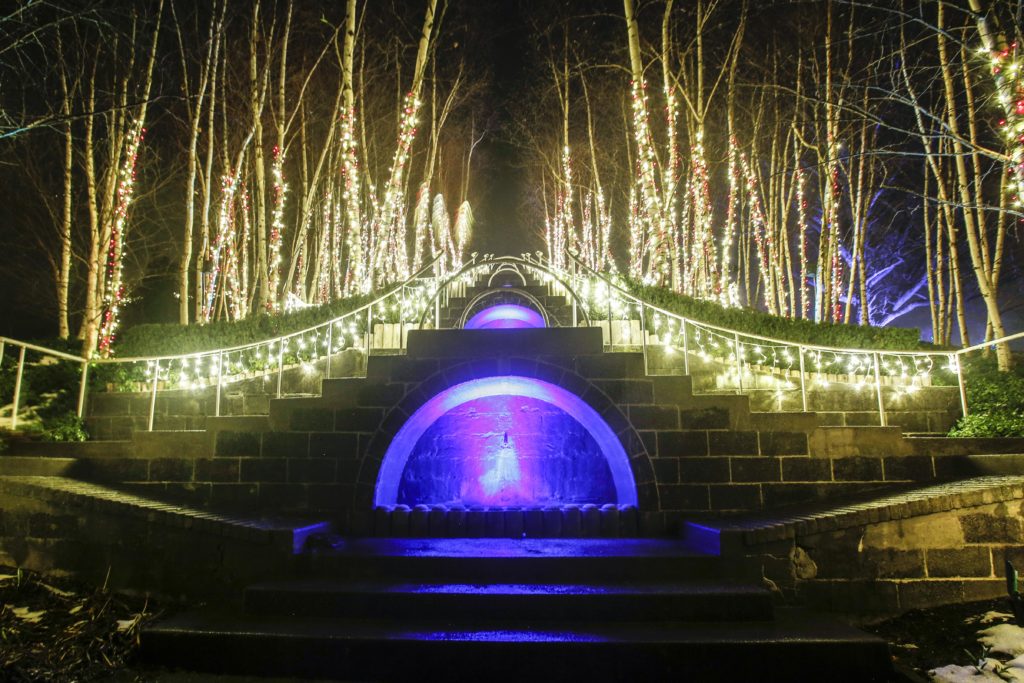 This Bauhaus-inspired home was designed in 1948 to house owners Lawrence and Eleanor Bloedel’s vast collection of modern art and furniture—including an Isamu Noguchi coffee table, Kagan sofas, and a reproduction of a classic Eames chair. Situated on Field Farm, which spans 316 acres of conserved land including four miles of hiking trails, the Guest House is a modernist dream with a roaring fireplace in the sitting room, expansive guest bedrooms, and arresting views of pristine nature.

Click here to reserve your accommodations at the Guest House at Field Farm before the year comes to a close. Please note that the Guest House closes for business come January 2019, and will reopen for bookings in April.