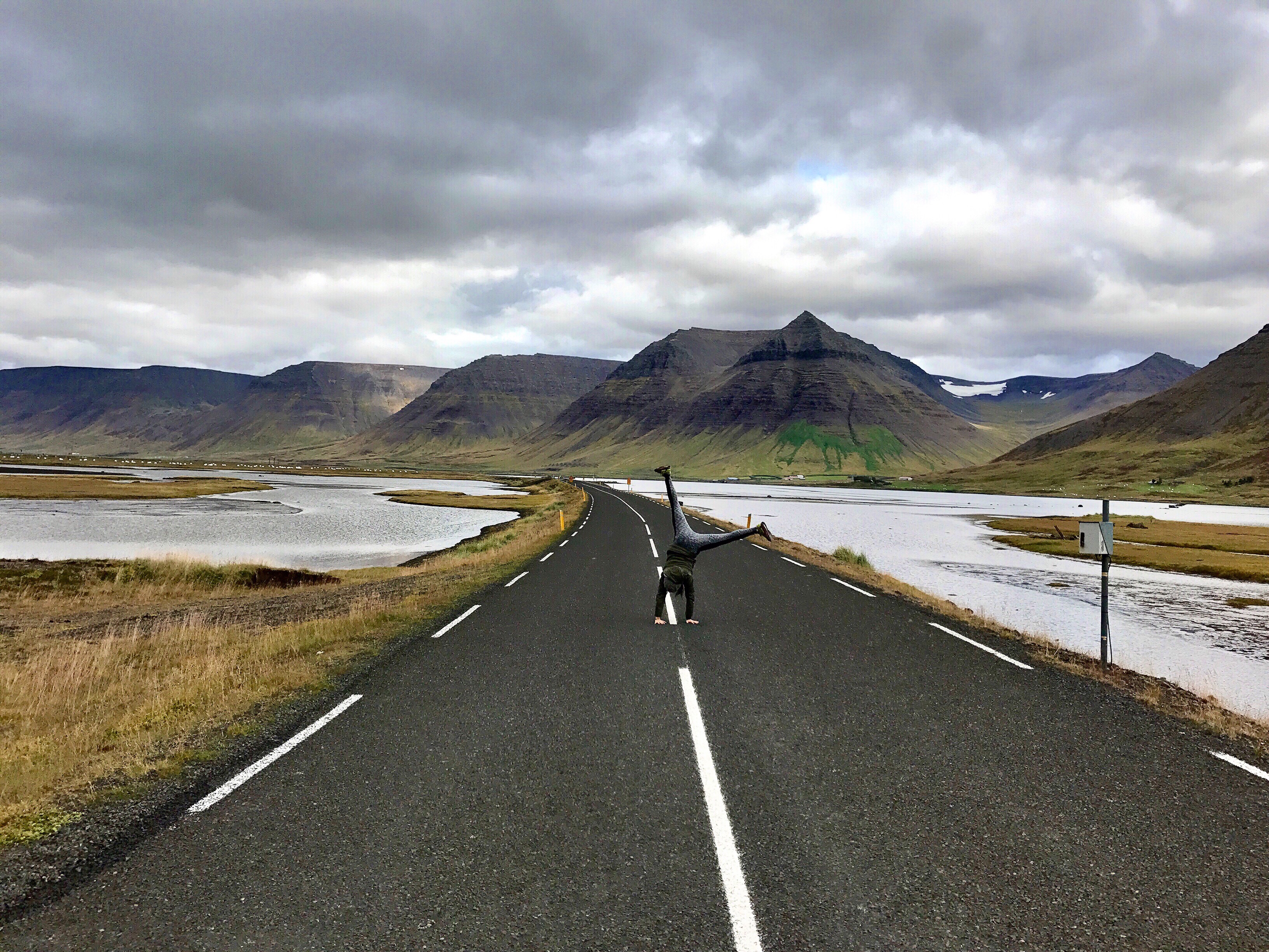 Paved highways give way to bumpy, gravel roads that hug the sides of cliffs and overlook an endless ocean. The tour buses that clog southern Iceland are replaced with dirt-covered Land Rovers that proudly wear the mud-strewn mask of the day’s past adventures. Welcome to Iceland’s West Fjords, a treasure trove of natural beauty far from the tourist trail.

It’s 8:30 a.m. when my dad and I arrive in Stykkishólmur, a sleepy seaside town whose ferry rides act as a gateway to the West Fjords. Our father-daughter trip has been long overdue (about 10 years overdue, to be exact) and so we find ourselves side-by-side in a white rental car one morning, driving into the bowels of a Sea Tours ship.

Our trip began as most Iceland getaways do: we arrived in Reykjavik and spent exactly one day exploring the small city, shopping and then shaking off our red-eye flights in the depths of the Blue Lagoon. Surrounded by fellow Labor Day travelers every step of the way, we diverge from the beaten path when we decide to head west, instead of south towards the Golden Circle. 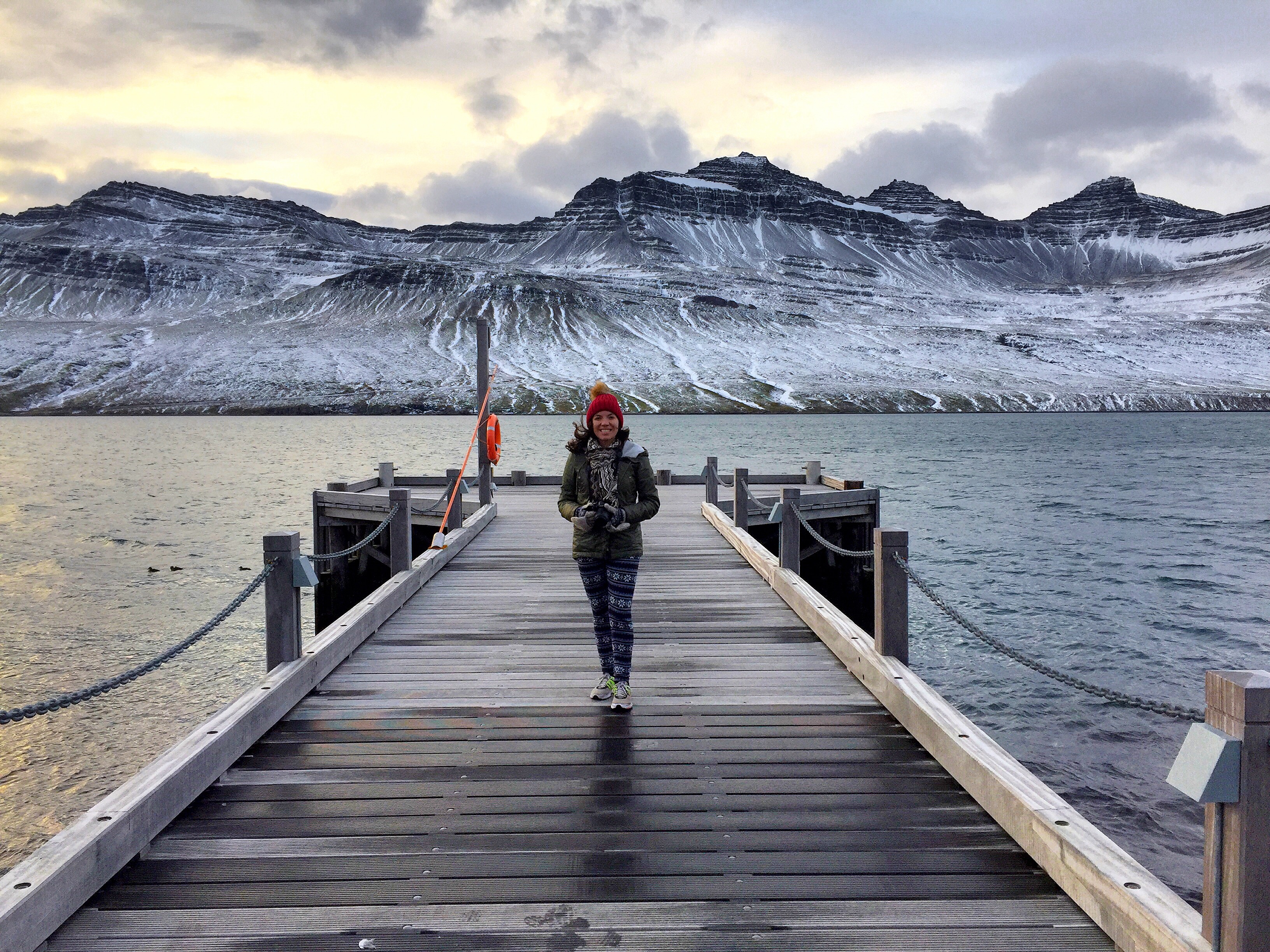 According to Lonely Planet, less than 10 percent of travelers to Iceland will venture to the country’s West Fjords. Marked by jagged cliffs with nesting puffins, red sand beaches that are home to seals, and sleepy fishing villages, most people miss out on Iceland’s western region entirely. With the West Fjords a mere two-hour drive from Reykjavik, the ultimate Icelandic adventure is just a ride away.

Renting a Car in Iceland

Our journey to the west began at Keflavik Airport, outside Reykjavik, where we arrived at Blue Car Rental to pick up our crisp white Mercedes SUV. Unlike Iceland’s Golden Circle trail, the West Fjords are wild and not for the faint of heart to drive.

Paved roads switch to gravel at a moment’s notice, sheep dart to and fro without warning, and winding roads hug the cliffsides. In short, a good car is needed for Iceland’s west, so we opt for a mid-to-large-sized car that can handle gravel roads, and offer onboard Wi-Fi and GPS navigation (a must if headed west). A diesel-powered vehicle is also recommended as diesel can last longer—a good thing in the West Fjords, where gas stations are few and far between.

In one of those teachable moments where you should “do as I say, not as I do,” I will advise anyone headed to the West Fjords to stop and get groceries first. My assumption that every few miles would reveal a small town or, in the very least, a gas station, was a huge miscalculation that left my dad and I both ravenous by late afternoon. Stock up on non-perishable snacks for your road trip and a full tank of gas before leaving Reykjavik.

In terms of clothing, the weather in the West Fjords is unpredictable at best and can switch in a moment’s notice from sun to rain. Be sure to dress warmly and, more importantly, pack a pair of waterproof pants and a waterproof jacket for the volatile weather.

How to Get to the West Fjords and Where to Sleep

While you can hop on a 40–45 minute regional flight to Iceland’s West Fjords, my father and I opted to drive so we could soak up the scenic landscape and have the freedom to explore. Driving the two hours from Reykjavik to Stykkishólmur, we caught a 9am ferry to Brjánslækur. The Sea Tours ferry takes about two hours and offers views of the ocean, hot breakfast on board, and a cozy lounge to relax in before arriving in Brjánslækur.

Two hours drive from Brjánslækur is Ísafjörður, the biggest city in the West Fjords and where you’re likely to spend the night. I recommend Hotel Ísafjörður, which is nestled in the heart of town across from a charming bakery, and has waterfront views of the Ísafjarðardjúp fjord in front.

What to See & Do in Iceland’s West Fjords

When you first arrive in Brjánslækur, you may be tempted to head straight to Ísafjörður and check-in to your hotel. Instead—as you’ll be arriving on the first peninsula of Iceland’s West Fjords—head to Látrabjarg. Látrabjarg is the most visited attraction in Iceland’s West Fjords, and for good reason. Látrabjarg is the western-most point in Iceland, and offers spectacular views of the Denmark Strait and neighboring cliffs. Essentially a line of cliffs extending 14km in length, Látrabjarg is home to numerous birds, including the iconic puffin, which flock to nest on the jagged cliffs.

Start by driving to Látrabjarg for the quintessential view of the West Fjords and then head to the nearby Red Beach (known as Rauðasandur), which is just an hour drive away. Rauðasandur’s famed red sands extend for 10km and are home to a thriving population of curious seals.

After your visit to Látrabjarg and Rauðasandur, you’ll want to slowly start making your way towards Ísafjörður. Along the way, you can visit the Dynjandi waterfall, which is 100m tall and offers an impressive display of cascading water. Park your car and follow the trail that extends the length of the waterfall and offers numerous photo opportunities.

The best of the West Fjords is discovered along the way, so as you drive towards Ísafjörður and around the fjords, you’ll be greeted with enviable vistas and photo opportunities at every turn. Sheep also pepper the landscape, so be wary while driving as the cotton-ball-like animals can be found lazily grazing alongside the road. Be wary of the time you spend sightseeing as well! If you can, avoid driving at night to Ísafjörður as the one lane, gravel roads are precarious at best during the day, and downright terrifying at night.

Heading Back to the Golden Circle and Reykjavik

For our adventure, my father and I spent two days exploring Iceland’s West Fjords, driving up and down each peninsula. On the way back towards southern Iceland, we opted to skip the ferry and drive six hours until we hit the town of Selfoss, outside Reykjavik and on the Golden Circle trail. We stayed at Hotel Rangá, a four star resort in the countryside that offers ideal opportunities to view the Northern Lights. Built in a log cabin style, Hotel Rangá is driving distance from the highlights of the Golden Circle. 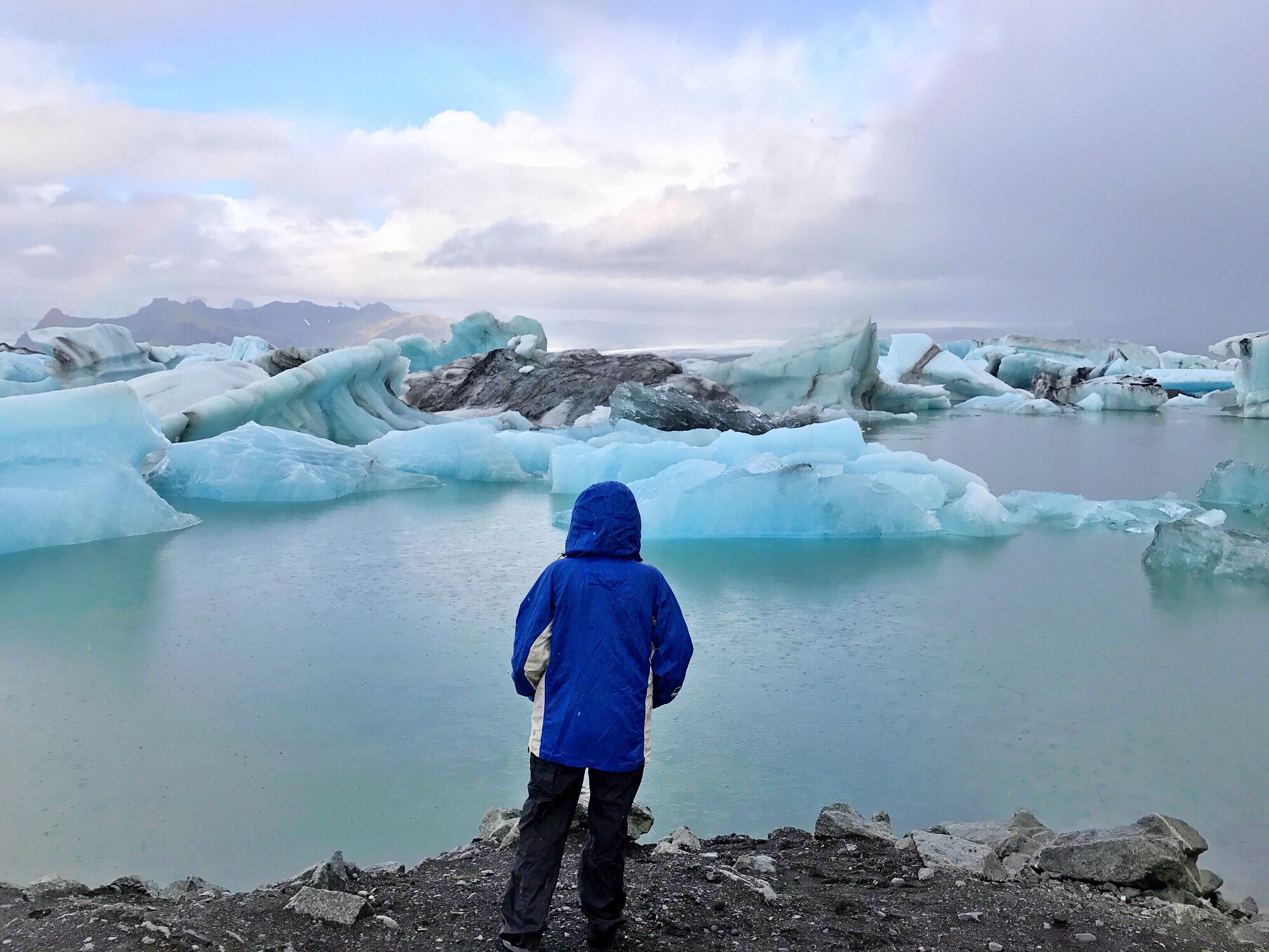 While many travelers will take five days to explore the Golden Circle, we were able to hit all the main spots (Vik’s black sand beach, the Jökulsárlón glacial lagoon, Selfoss waterfall and lava fields) within two days. Our Icelandic adventure proved a whirlwind of early wake up calls and long days spent exploring—but in a mere five days we managed to see the best of southern and western Iceland.

*Disclaimer: The brands mentioned in this story offered complimentary accommodation and services in exchange for coverage. As always, all opinions expressed here are my own. My story originally appeared on Culture Trip.