In response, the American Civil Liberties Union (or ACLU) sprang into action – filing a lawsuit to counter Trump’s travel ban, arguing it is unconstitutional and violates international treaties. Lawyers rushed to airports to assist detained passengers – pro bono – and file cases to keep them on US soil.

Trump’s travel ban is far from clear, leaving travelers wondering how it will affect their upcoming trips, family visits and visas. In my recent story for Culture Trip, I pulled together an ‘Everything You Need To Know’ guide to Trump’s ban and how it may affect you.

Who is affected by the ban?

The people currently affected by Trump’s travel ban are those from the seven blacklisted countries of Syria, Yemen, Iraq, Iran, Libya, Sudan, and Somalia. Whether traveling for business or pleasure, travelers from these countries should expect to be denied entry upon arrival in the United States or even denied boarding on US-bound flights (with the exception of diplomats).

How does it affect Green card holders and/or Dual Nationals from the blacklisted countries?

Part of the confusion surrounding Trump’s travel ban is how it will affect the legal Green card holders from banned countries. As of now, they will be allowed to fly to the United States but will be subject to an interview and fingerprints upon landing to assess security risks.

For Dual Nationals – people with dual citizenship between one of the blacklisted nations and a second country – there is also confusion around how Trump’s travel ban will affect them. As of now, British dual citizens are permitted entry so long as they are not traveling directly from one of the affected countries. It is not yet detailed how the ban will impact dual citizens of other countries. 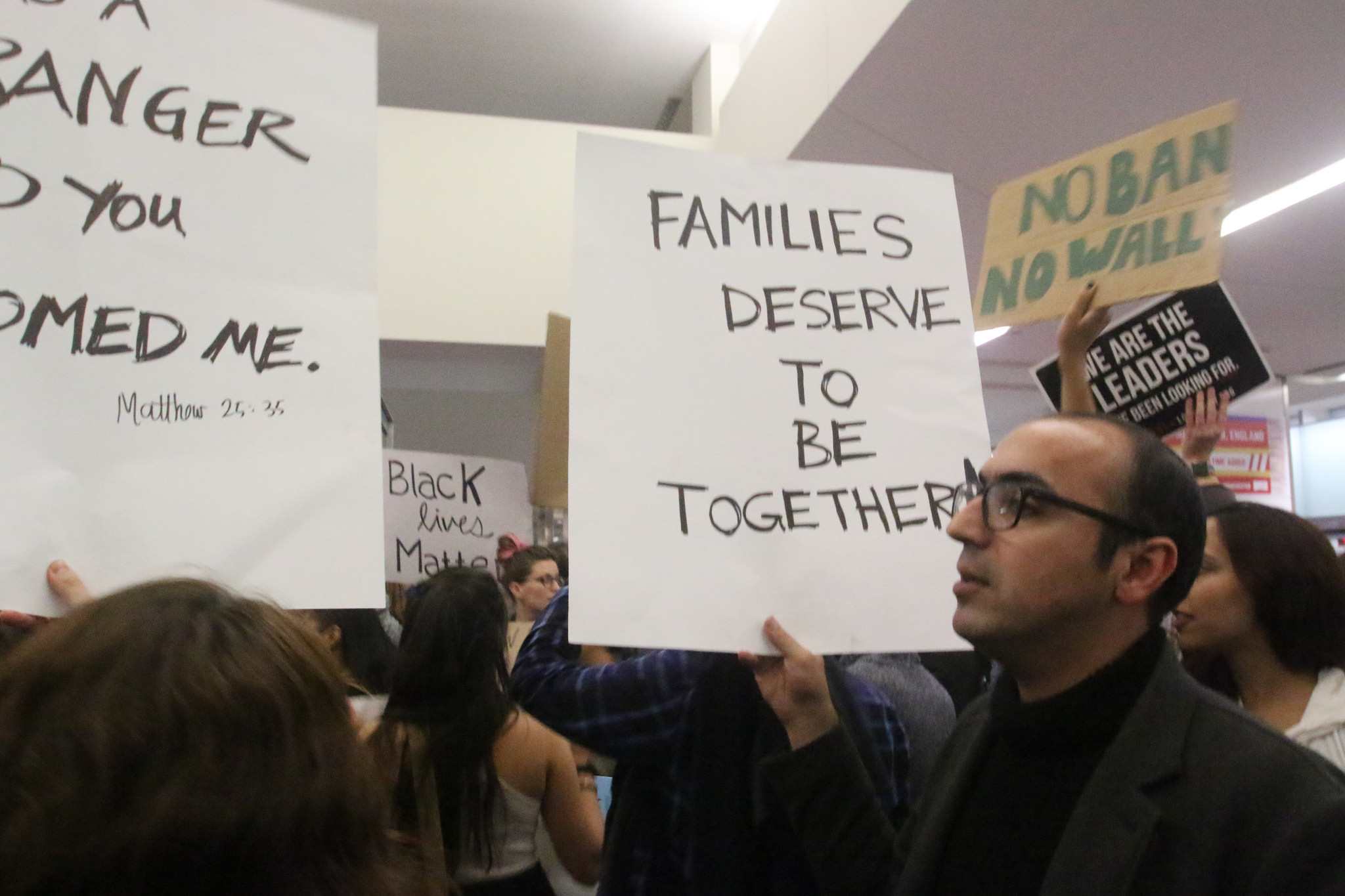 What should you do if you’re from one of the affected countries and have an upcoming trip to the US planned?

While the consequences of Trump’s travel ban are sorted, unfortunately many US-bound travelers are caught in the crosshairs. Refugees who were thoroughly vetted are now denied entry, families are split up, students are unable to fly back and professionals are being detained. As of now, if you are from one of the seven aforementioned countries you will unlikely be able to board a flight to the United States.

If you are affected by Trump’s travel ban, your options include getting in touch with the ACLU  and asking your airline for options and/or a refund on upcoming travel (note: traveler’s insurance likely will not cover cancelled trips due to the travel ban).

You may donate to the ACLU in their fight to protect the rights of immigrants and refugees.