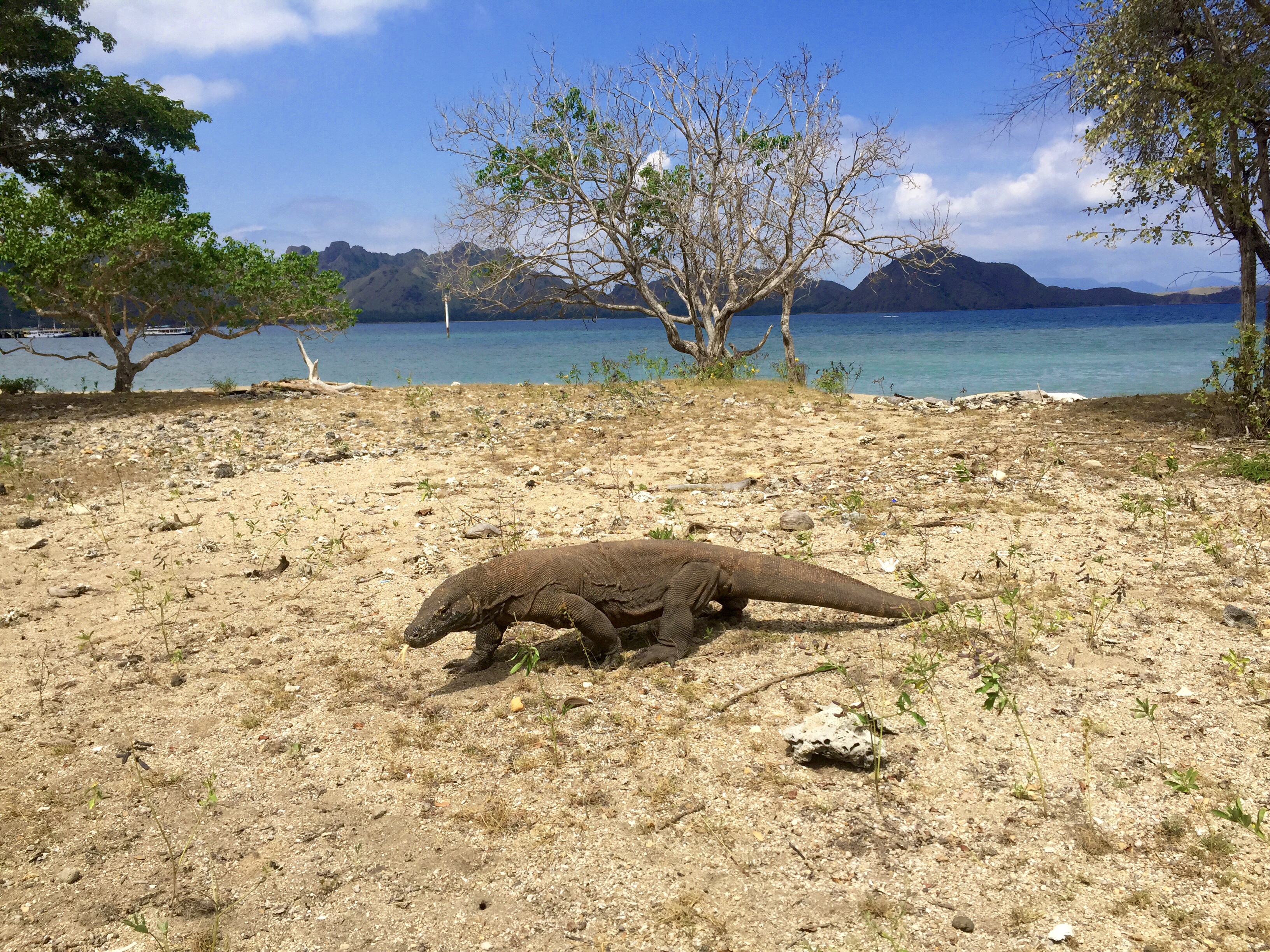 The other morning I woke up in a hotel room in Indonesia and flipped on the television. As I walked around my room packing, I listened as a documentary on National Geographic Wild blared from the TV. I stopped mid-packing to watch. The documentary flashed images of Komodo dragons and Komodo Island; a place I had just been to a mere two days before.

Komodo National Park. It is one of those places you never imagine seeing in life. One of those places that–for someone living on the other side of the world–exists only between commercials on National Geographic. Komodo National Park is made up of three large islands–Padar, Rinca and Komodo–and 26 smaller ones. The park is part of the Lesser Sunda chain of islands in Indonesia; and became a UNESCO World Heritage Site in 1991 because of the many animals–Komodos and marine life–the park protects. Read on for a quick guide to visiting Komodo AND a chance to win a FREE TRIP there! 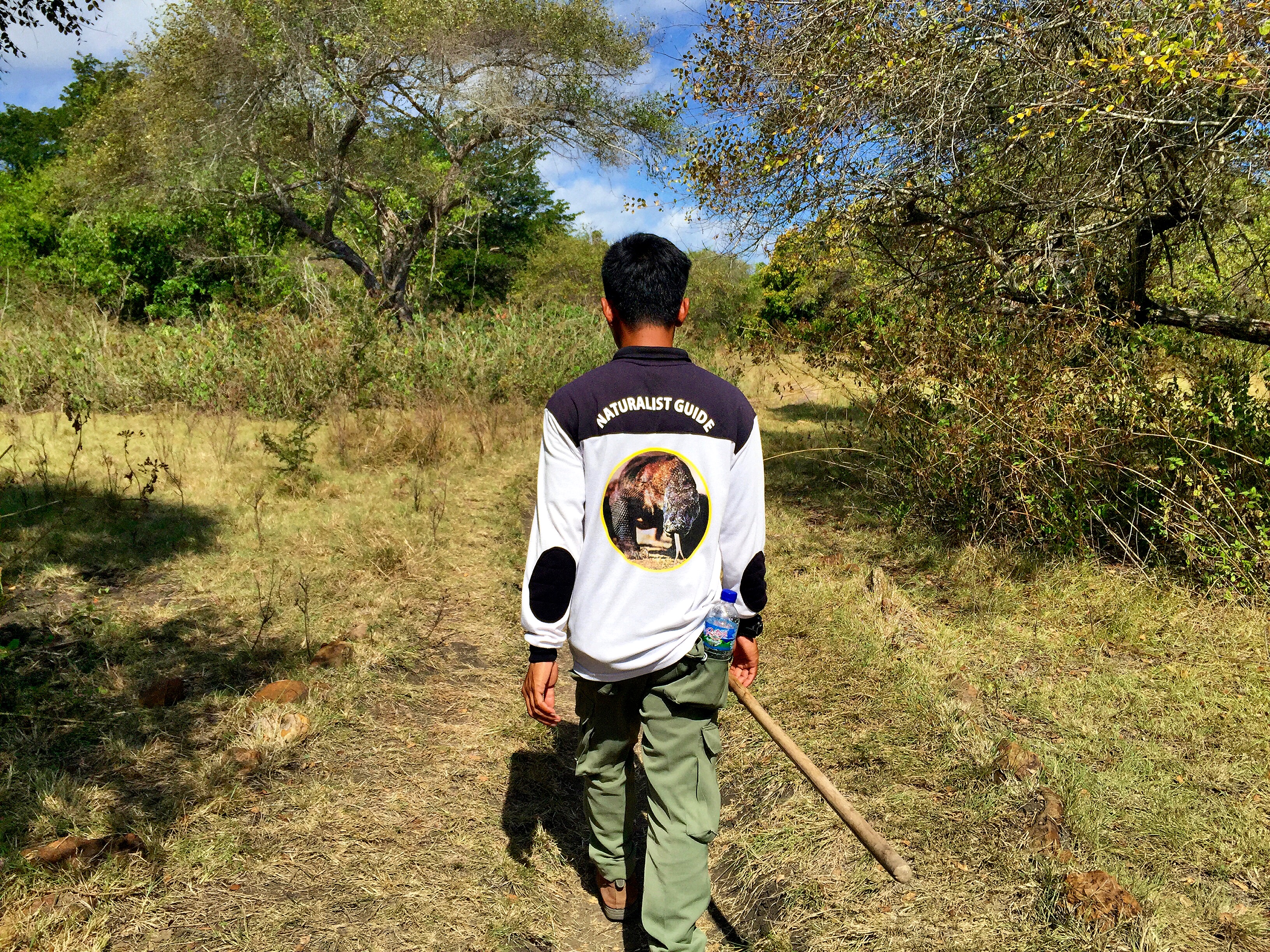 The main thing to know before heading to Komodo National Park is that (according to the CDC) there is a higher rate of Malaria in this part of Indonesia. Prepare in advance by either taking Malarial pills or bringing an ample amounts of mosquito repellent.

Komodo dragons are dangerous. Don’t be fooled by their relatively lazy outward appearance! A Komodo dragon bite is deadlier than that of a cobra. One bite from a Komodo can cause rapid blood loss, paralysis and extreme pain due to glands in their mouth that release toxins with every bite. When visiting Komodo National Park, never venture out alone. There are savvy, local guides available to take you around the park and who know how to handle the dragons should they approach.

What Not to Miss in Komodo National Park 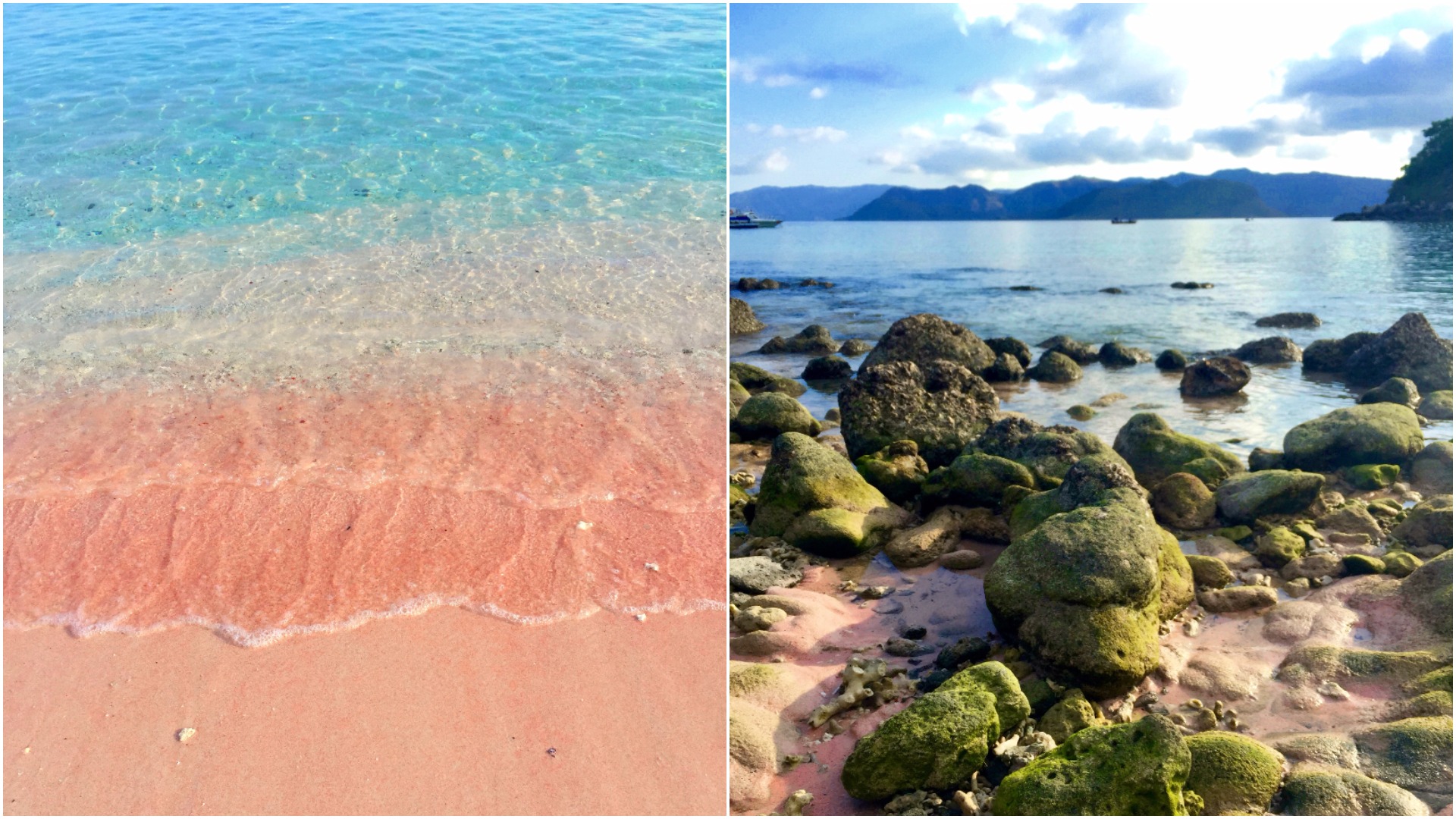 Komodo Island is (as the name suggests) home to Komodo dragons! The island is famous for its dragons, its large deers that languidly roam the island and its Pink Beach. The Pink Beach on Komodo gets its pinkish-tint from crushed red coral that mixes with the sand. The beach is excellent for snorkeling as well! The history of Komodo Island is also notable as this is one of the islands where a local population actually lives alongside the dragons. The people of the islands–according to history–are descendants of convicts who were once exiled to Komodo.

When visiting Komodo, we stopped at Padar Island to hike to a view so beautiful it can make anyone swoon. While there are no Komodo dragons on Padar (that I know of), the island is worth a visit for the view alone. The boats will pull up at a beach that marks the beginning of the uphill hike. The view (pictured below) proves simply break taking.

Rica Island is one of the lesser known islands of Komodo National Park. The island is less visited than its neighbors–Komodo and Padar–which makes Rinca Island perfect for spotting Komodo dragons in their natural habitats, undisturbed. In other words, Rinca Island is the place to go if you’re hoping to see Komodo dragons without a crowd of camera-toting tourists by your side.

Where to Stay in Komodo National Park 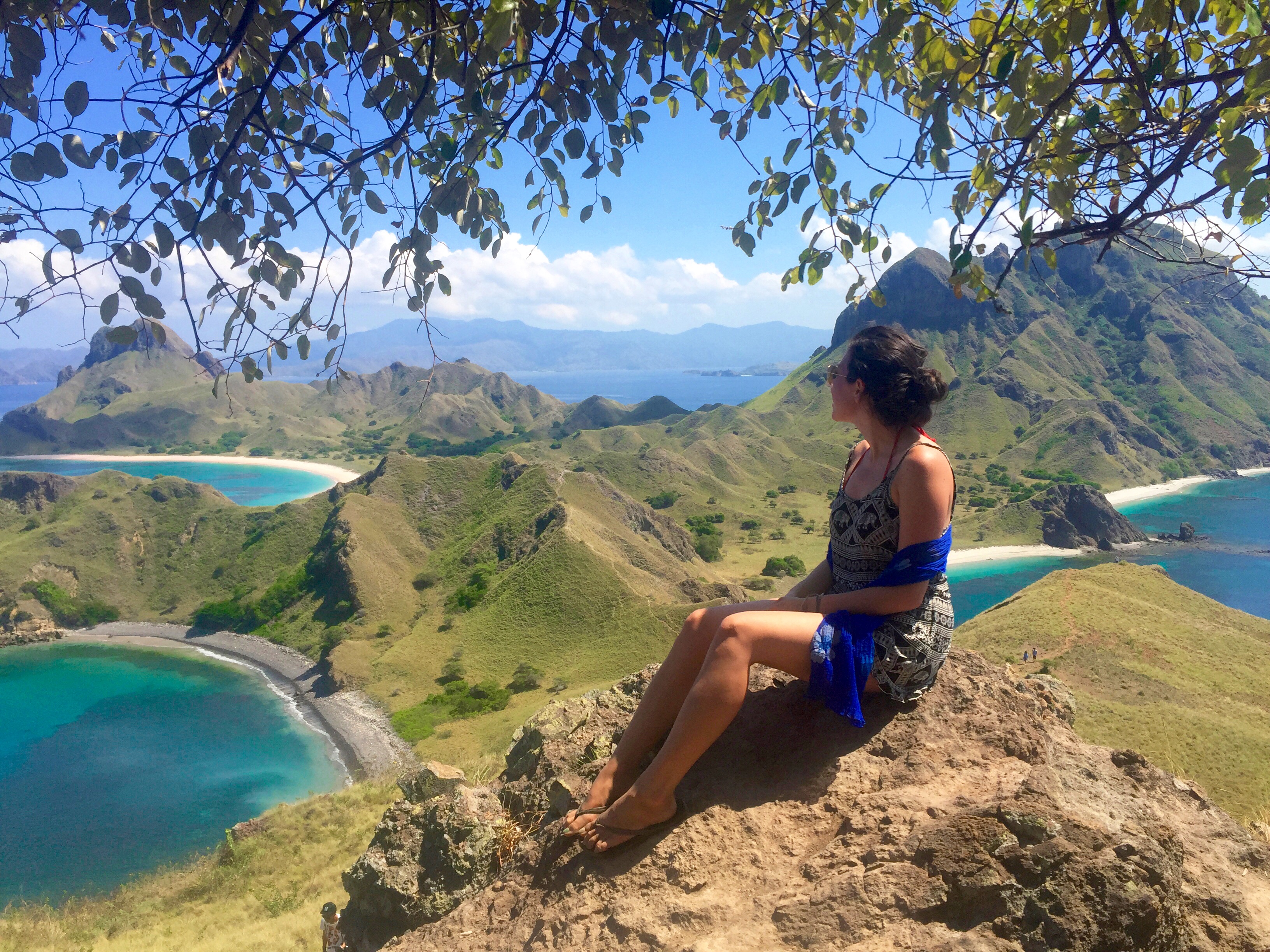 When visiting Komodo National Park, you’ll most likely stay in Labuan Bajo on the island of Flores. Labuan Bajo is known as the Gateway to Komodo and for good reason. Labuan Bajo is home to the main airport most visitors will fly into when visiting Komodo National Park. Since there are no accommodation or camping allowed in the park itself, you will find the best accommodations in this port town. Golo Hilltop Hotel and Restaurant and Komodo Boutique Hotel are two excellent hotel options (voted top 10 by Trip Advisor).