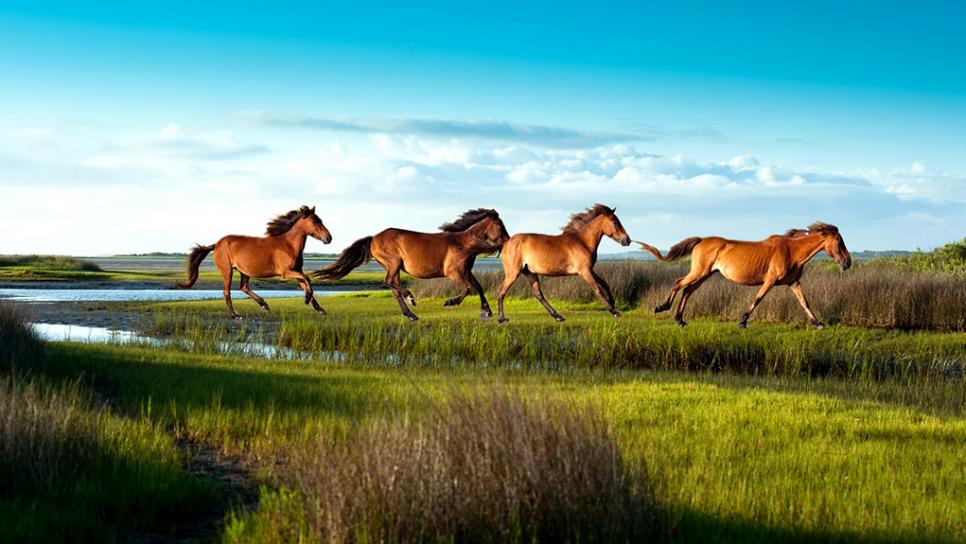 For all of my adventurousness, a crowded beach is a beach I would rather not visit. Quiet, meditative, and low-key are my style; so when given the assignment to visit North Carolina’s Crystal Coast and cover it for The Pin the Map Project, I pounced on the opportunity. I wanted to go where the locals go.

Having grown up in the Washington, D.C. area, half of my former classmates had vacation homes in Duck and Nags Head. Though beautiful, the Outer Banks aren’t exactly waiting to be discovered. The secret is out and the suburbanites have landed but the Crystal Coast–a place slowly rebranding itself as the Southern Outer Banks in an effort to lure those who live by brand names–has yet to become a household name for out-of-state folks like myself.

The Crystal Coast begins its 85-mile stretch from Cape Lookout National Seashore in the northeast to Emerald Isle in the southwest. Morehead City, Beaufort, Emerald Isle, Atlantic Beach, Salter Path, Indian Beach, and Pine Knoll Shores are the communities that anchor the region but they’re not the only ones. You’ll also find the towns of Newport, Harkers Island, Swansboro, and Cape Carteret, to name a few.

Getting to the Crystal Coast

The “getting there” part wasn’t over yet. It would take an hour’s drive to arrive at the beachfront mansion where I had the pleasure of staying. The long-timers call these easygoing getaways “sandcastles.” My sandcastle, which was sweetly named Seaside Seaclusion, was a 7-bedroom oceanfront escape owned by Bluewater Vacation Rentals in Pine Knoll Shores. The carefully curated sea-themed décor made the spacious house feel much cozier than it actually was. One moment I would get lost in what felt like the nook of a sea captain’s charming cottage, the next I would turn around and see how much bigger the room was. 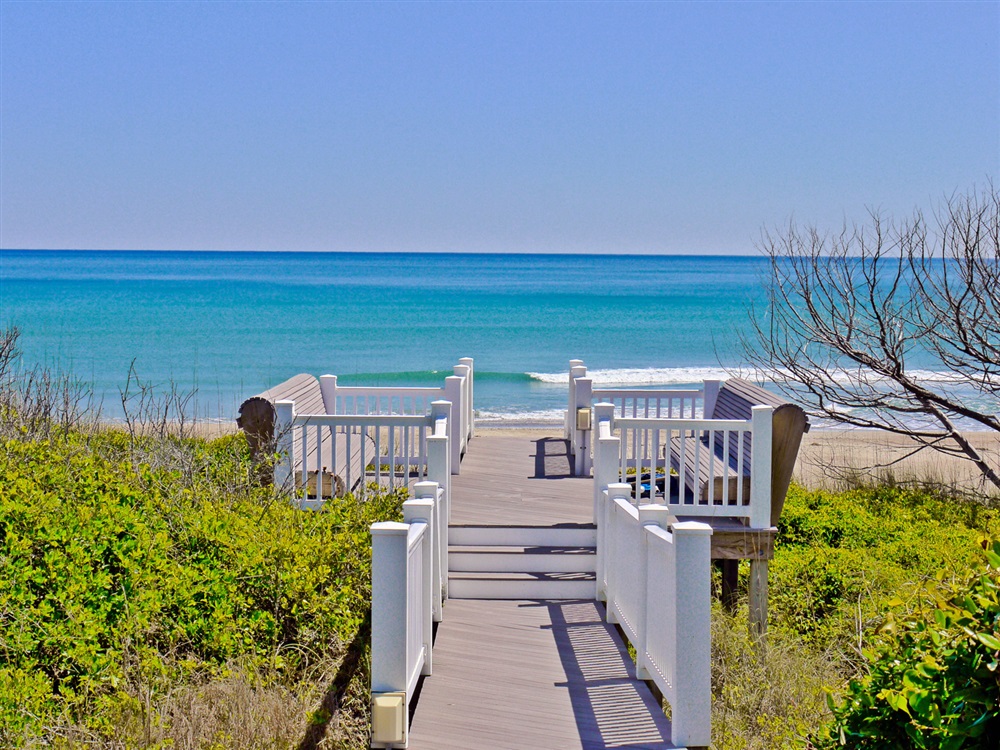 I had just enough downtime before dinner to walk along the beach. It was a misty evening but I didn’t mind. I brought my jacket and my willingness to seek out the details the sand wants you to notice. My curiosity rewarded me with plenty of pretty seashells. As I wandered along the beach, I breathed in deeper than I had for a while. This respite was a far cry from New York City, which was precisely the point. No hustle, no bustle. Only you, Bogue Sound and eternity.

The mist made way for drizzle, which meant no sunset libations at The Barnacle Bar on the Oceana Pier as previously planned. Instead, I feasted at Pescara Wood Oven Kitchen, an exciting, new restaurant in Atlantic Beach. Pescara inhabits a converted beach house on The Circle, which is the happening place to be in Atlantic Beach. The varied menu, which featured everything from seafood to homemade pasta, really impressed me. Overall, it had a Coastal Italian feel with a sense of creative fusion unfolding. (I recommend the soft shell crab above all else!) 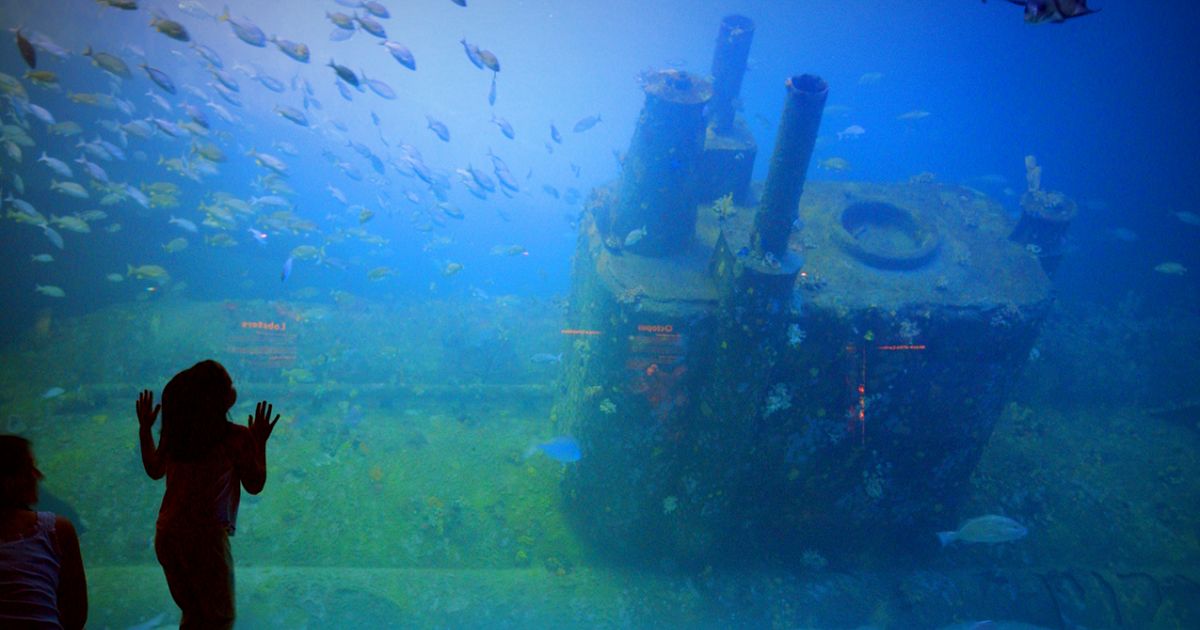 A Visit to the North Carolina Aquarium

The next morning, I indulged my inner child at the North Carolina Aquarium in Pine Knoll Shores. If you’re into sea turtles (like I am) then this local institution is a must-see. The aquarium exhibits will show you how sea turtles fit into the region’s ecosystem and how scientists are helping this struggling species survive amidst so many manmade obstacles. In some ways, the sea turtles’ story is a sad one but it’s also one of triumph. One of the aquarium’s naturalists explained how only one of every 1,000 sea turtles born makes it to adulthood. For that reason, every adult sea turtle we see is a survivor and therefore an inspiration.

Unfortunately, a slight medical issue forced me to return to my sandcastle after the aquarium, but it was important for me to rest up. After a few hours to myself, I was all the more ready to conquer the Crystal Coast. I was happy to lie out on the sand for the last hour of the Atlantic Beach Music Festival while drinking a margarita and listening to some beach tunes. 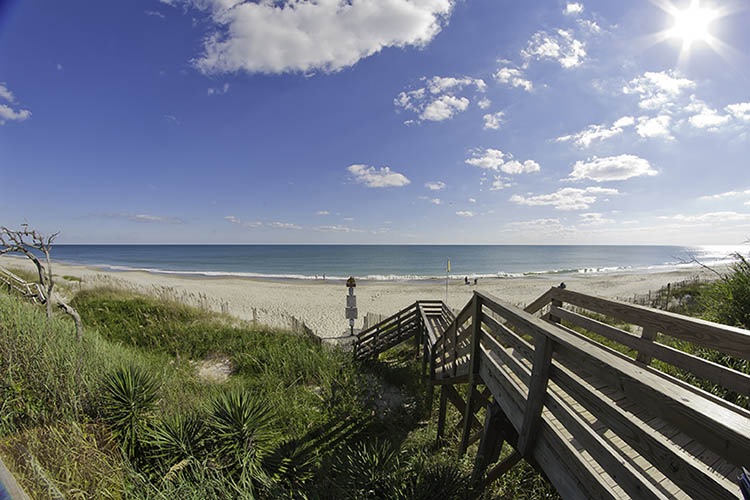 Dinner at The Crab’s Claw was as decadent as I was hoping. The menu has influences of Caribbean and Southern cuisines, which had me in heaven. I chose a grouper special and still remember how rich and creamy the accompanying pasta sauce with crab was. The clear view of the beach didn’t hurt, either.

I crowned the night with a Kentucky Mule at the Idle Hour Biergarten, which is most notable for its toes-in-the–sand drinking experience. The bar has a small, enclosed area with hammocks and picnic tables. Fairy lights strung up around the biergarten make for an enchanting atmosphere. 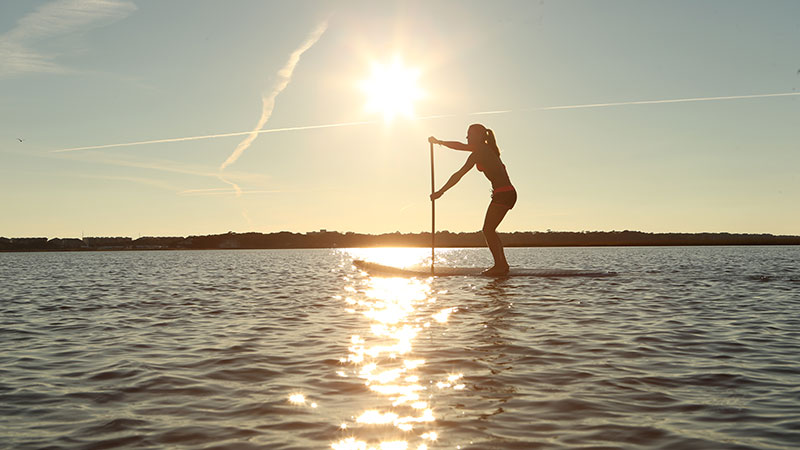 I couldn’t quite mentally prepare myself for the next morning. Somehow I convinced myself to go stand up paddle boarding for the first time ever. I was a nervous wreck up until I was finally out on the water when I relaxed enough to realize I wasn’t going to drown and die. The patient instructor at Beaufort Paddle was so in love with the water that it was hard not to fall in love with it too.  The serene waters near the North Carolina Rachel Carson Reserve enhanced an already soothing entry into the sport of paddle boarding.

After freshening up, I went on my favorite part of the trip: the Hungry Town Culinary Bike Tour and Tasting. I had the chance to ride a cute, retro-chic bicycle through Beaufort. As I peddled through the idyllic town, the tour guide pointed out architectural treasures and told fun, interesting stories only a local could know. I ate at some of Beaufort’s best eateries—a different one for each course. All that peddling seemed to justify every calorie (not that I was counting.)

The Wild Horses of the Crystal Coast

Next up came my second part of the trip: visiting the Foundation for Shackleford Horse’s adoption farm. Legend has it that the wild horses that wander the Outer Banks are descended from shipwrecked Spanish horses. Yes, Spanish as in the Spanish explorers who came to the Americas centuries ago. These horses have a unique origin and are distinct from other horses, both physically and habitually. At Shackleford’s adoption farm, volunteers work to rehabilitate sick and injured horses and find them suitable homes to live out the rest of their days. 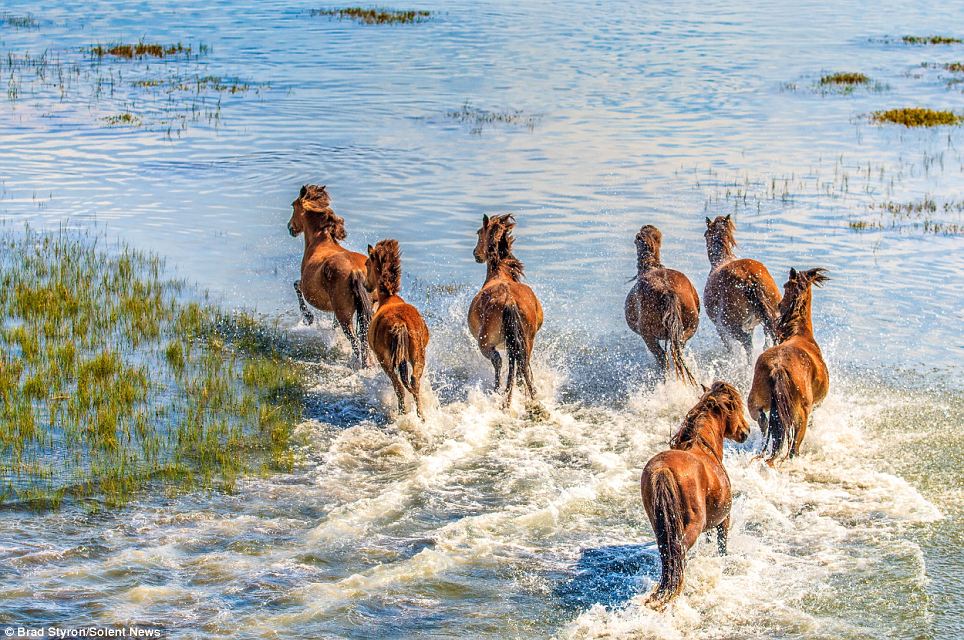 What made an already fabulous day perfect was dinner at Circa 81, an imaginative tapas joint in Morehead City. It’s by no means a traditional Spanish restaurant, so purists need not partake. Either that or they should get over it because the food is too original to miss! Expect small portions full of big flavor, with Spanish, Mexican, and Southern cuisines in the mix. There’s seafood galore, and you’ll love the vast cocktail options. Though I had to leave for New York early the next morning, I was satisfied with my adventure. My trip was a brief taste of North Carolina’s Crystal Coast but it was a delicious one.

Have you been to North Carolina’s Crystal Coast? Share your experience below!

Disclaimer: I was invited by the North Carolina Tourism Bureau to visit the Crystal Coast as part of a press trip. As always, all opinions expressed here are my own.