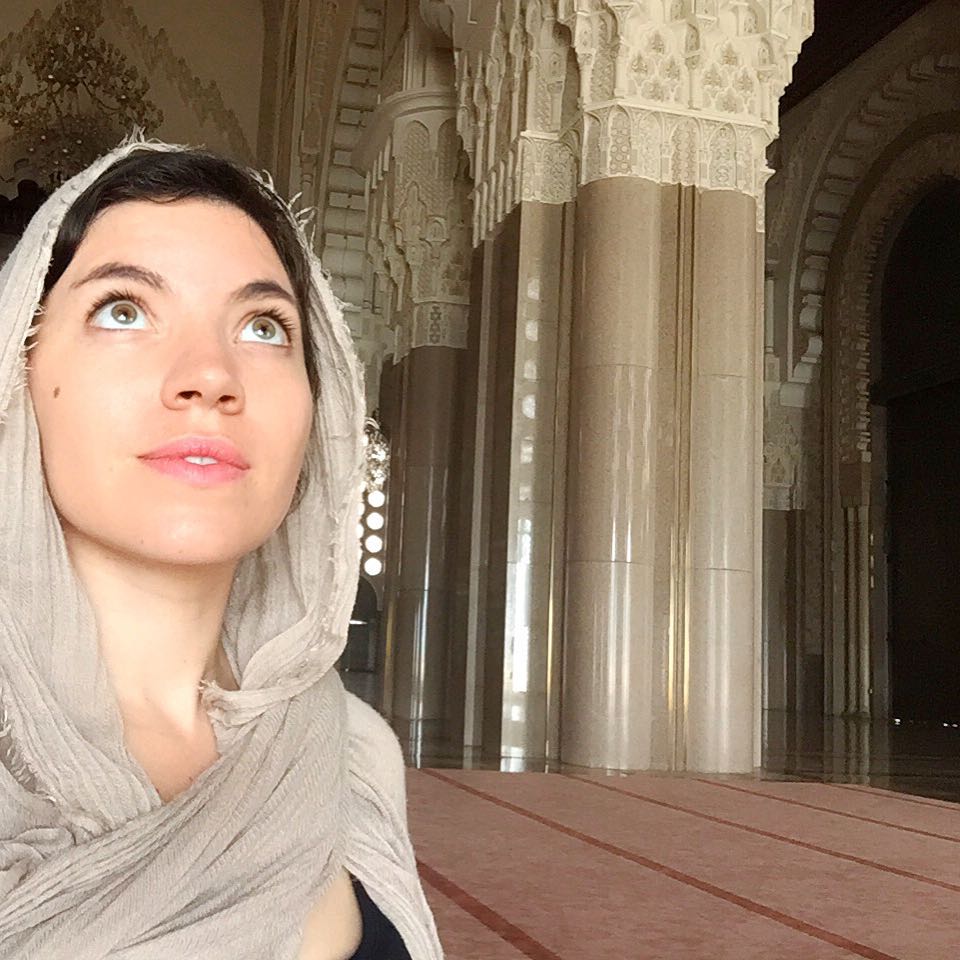 The mosque I am standing in is delicate and intricate, beautiful and austere; it seems to contradict every negative opinion and emotion that shrouds Islam and Muslim culture. It is one of the world’s largest mosques, Hassan II, nestled on the Moroccan coast of Casablanca it is made out of marble, gold and materials almost 100% sourced from Morocco albeit some chandeliers and columns brought over from Italy. It stands tall by the sea, the waves lapping at the cliff it rests on as people–locals and travelers alike–hang around the mosaics and intricate archways that mark the mosque entrance.

Coming from America, I admittedly do not know much about Muslim culture except that which is splashed across the news headlines and associated with Islam. I know better than to assume an entire population of people are “evil” as many Americans might say but I have (until now) remained largely ignorant of the nuances of the Islam religion. 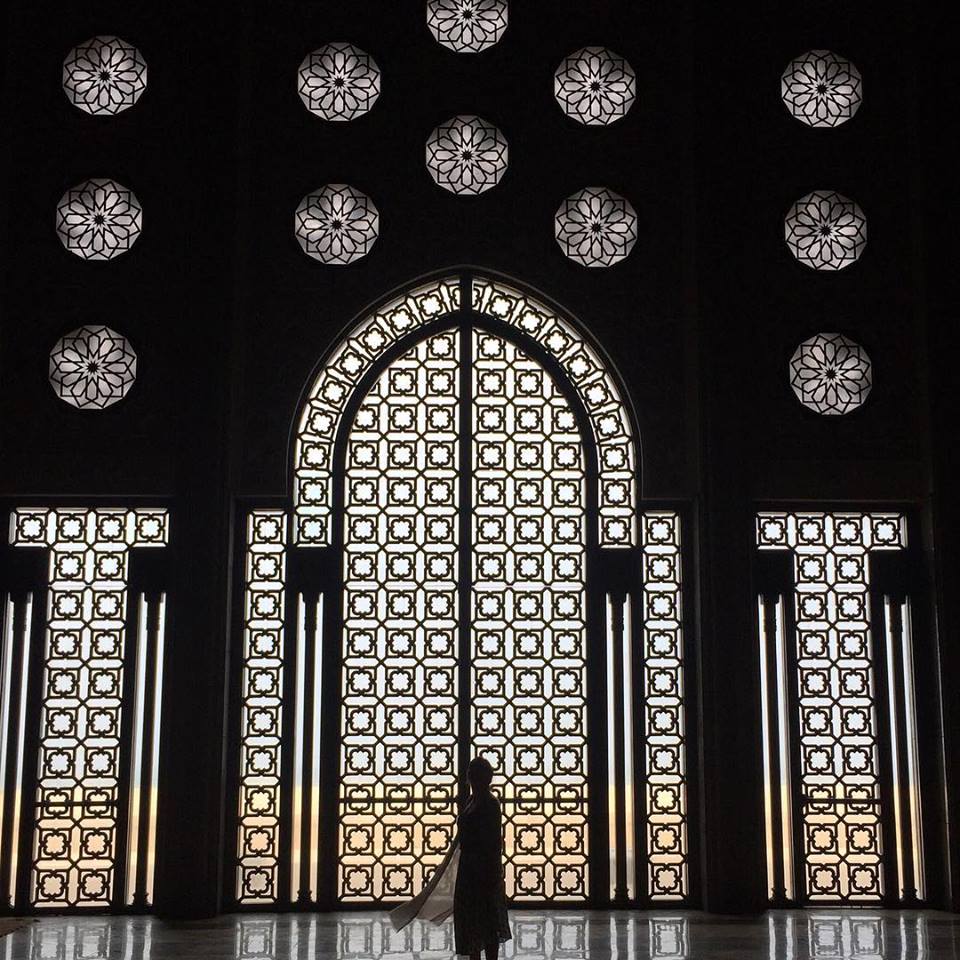 As our guide explained, there is a “fake Islam” and a “real Islam,” which is a laments way of saying that there are radicals who take a peaceful religion and justify murder with it and other who simply practice Islam. Unfortunately, in this day any and age of terrorism—and coming from a city permanently scarred by the collapse of two towers—we are all too familiar with “fake Islam.” Consider for a moment “real Islam” though and the pillars of which it is founded on: surrendering to God, submission to the religion, sincerity of the heart, obedience in prayer and maintaining peace.

Yes, it is a conservative religion to say the least; it is one where people are called to prayer 5 times a day as the call of “Allah Akabar” hauntingly rings out over the Imperial cities, one where people adhere to elaborate washing rituals and dress codes before stepping into the mosque. Yet, the religion is founded on the idea of peace where the notion of killing one person is considered harming the world and the act of helping one person is seen as spreading kindness to the globe.

A group of awful people have taken Islam and twisted it in such a way that we now have the terror inflicted on our society; yet it needs to be understood not everyone who is Muslim is violent or anti-American as I’ve seen in my travels throughout Morocco. Many religions have been skewed by a few bad apples who gave that institution a bad name–Islam and Isis, Christianity and the Inquisition–where beliefs were used as a justification for killing others who dared to pray to a different God. At the end of the day I bring this back to the importance of travel and its amazing ability to combat ignorance, bigotry and narrow mindlessness and allow us to discover cultures as they are and not as they may be depicted.

What have you discovered on your travels? Share your comments, feedback and stories below!