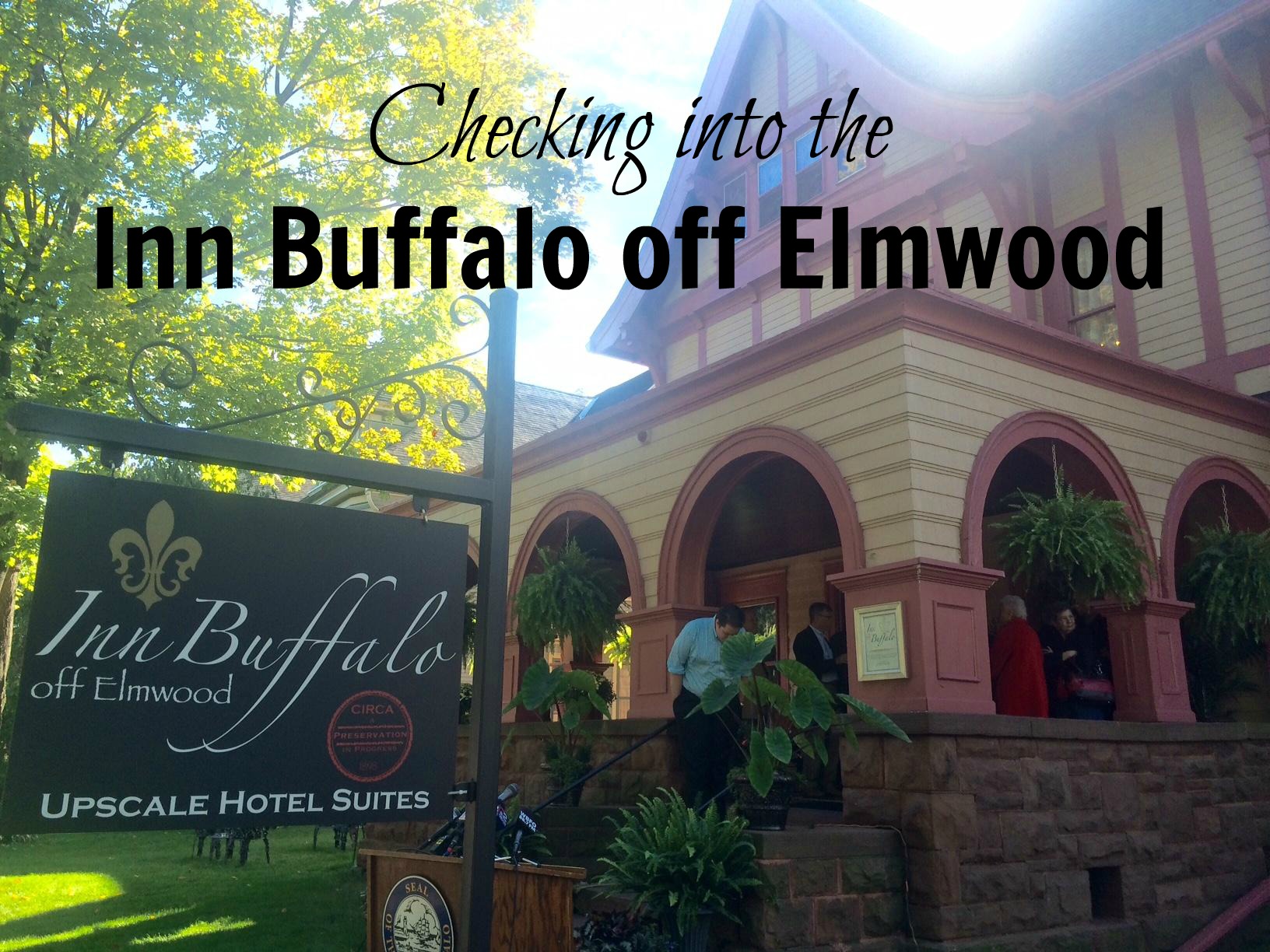 Blue pastels, rich reds and deep yellows liven the early American manors on Lafayette Avenue, lovely with ornate panel frames, colorful doors and Victorian wrap-around porches. In the midst of this upscale, historic neighborhood off Elmwood Village, my husband and I stumbled upon our night’s stay: InnBuffalo off Elmwood. An article in Harper’s Bazaar recently named the city of Buffalo as 2016’s #2 ranked summer destination, second only to The Hamptons. Before my stay with InnBuffalo off Elmwood, this ranking wouldn’t have made sense as Buffalo, to me, meant hot wings, the ever-losing Buffalo Bills and rowdy pubs with excessive drinking. 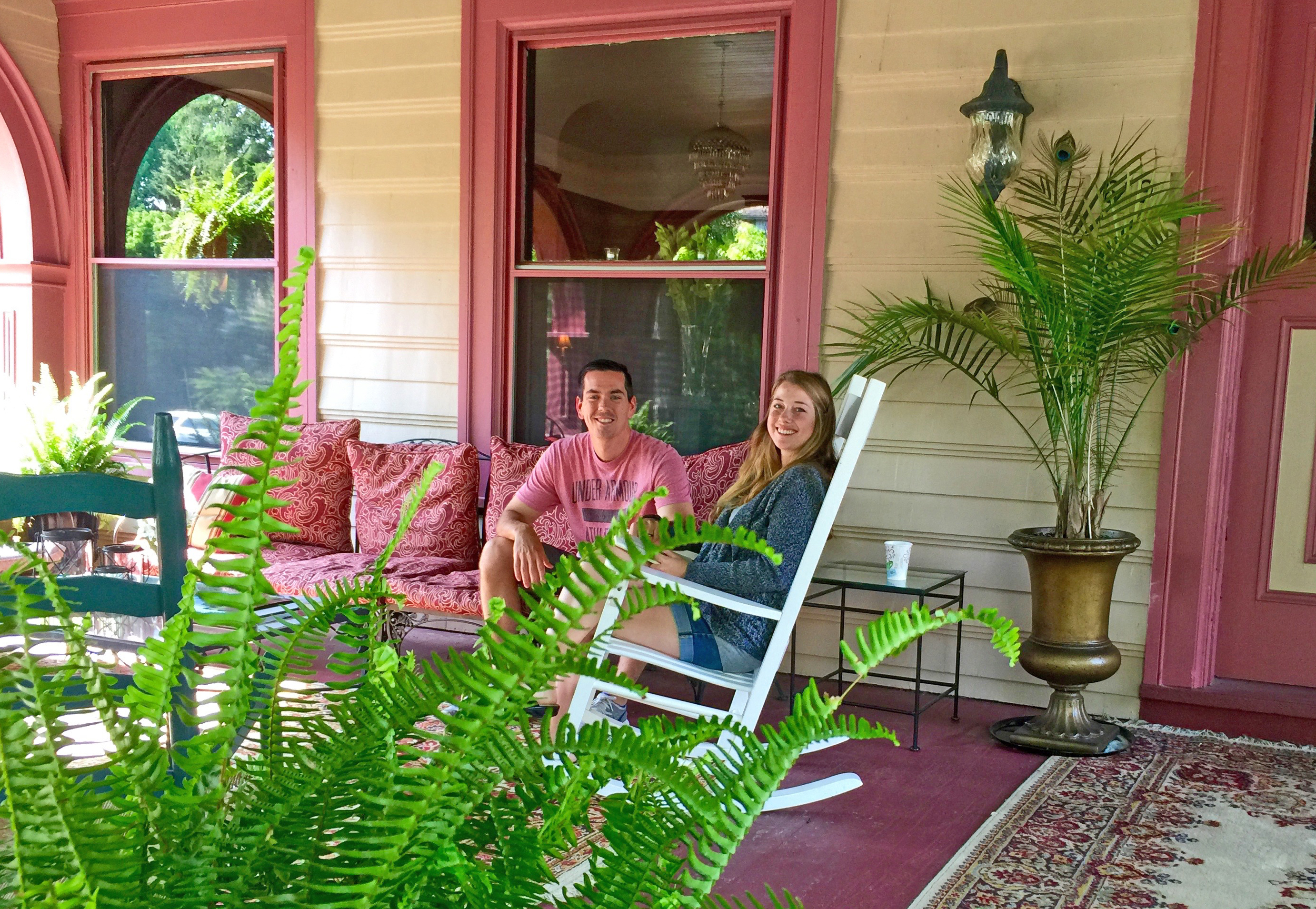 Disproving my expectations entirely, I was enamored by the new page turned in Buffalo’s history book: the restoration of Buffalo’s golden years. Among the charming neighborhoods, parks, outdoor recreation and boutique shops located within walking distance of InnBuffalo off Elmwood, I found rich preservation of early American development and a truly unique summer destination.

History of InnBuffalo off Elmwood 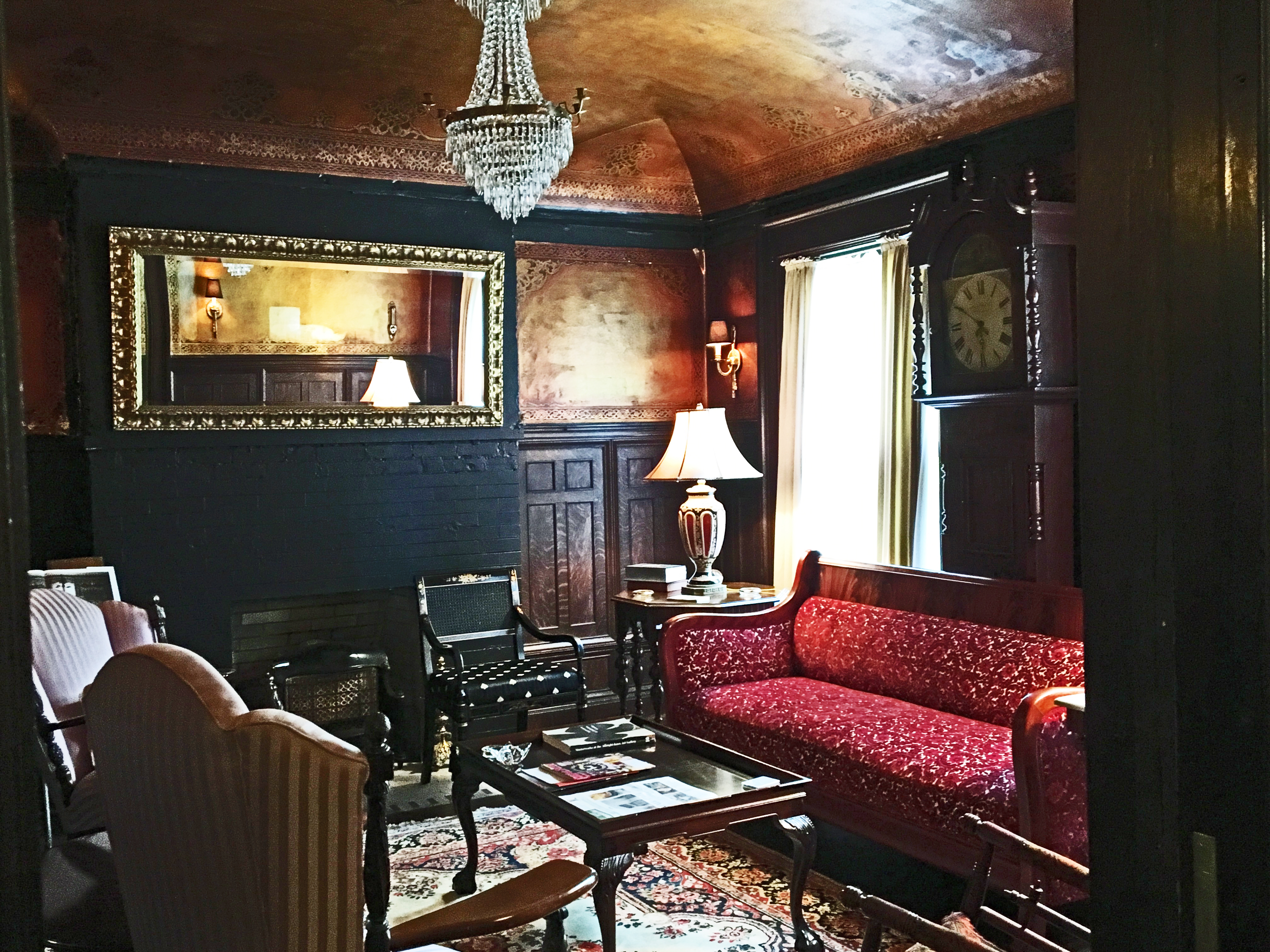 InnBuffalo owner, Joe Lettieri, greeted us as we twisted the old brass door knob to enter the parlor of the preserved 115-year-old manor of H. H. Hewitt, a wealthy leading contributor to the railroad, brake system and rubber tire. At the height of its industrial glory, Buffalo was once home to the most millionaires per capita in the United States. The city enjoyed enough clout to host the prestigious Pan-American World Fair in 1901 to showcase the city’s revolutionary alternating current electrical system championed by Nikola Tesla. The InnBuffalo’s regal chandeliers, gold leaf wall stencil, and vintage, stately library impressed us — almost as time travel — into Buffalo’s prosperous past.

Joe and Ellen Lettieri bought the property blindly at an auction in 2011; since then, they have joined in a powerful, sweeping movement to restore Buffalo to its past prominence. Buffalo began as a dignified city hosting revolutionary energy distribution from the hydroelectric power of Niagara Falls and paramount recreational spaces designed by Olmstead—the creator of NYC’s Central Park. Unfortunately, highways and industrial construction cut through parks and neighborhoods, reducing Buffalo to a “lesser city,” with little-to-no tourism, irredeemable harsh winters and predominately working class inhabitants. Dedication restorationists, like Joe and Ellen, have made their mark. Now is the time to witness the “preservation in progress.”

InnBuffalo off Elmwood as a “Walker’s Paradise” 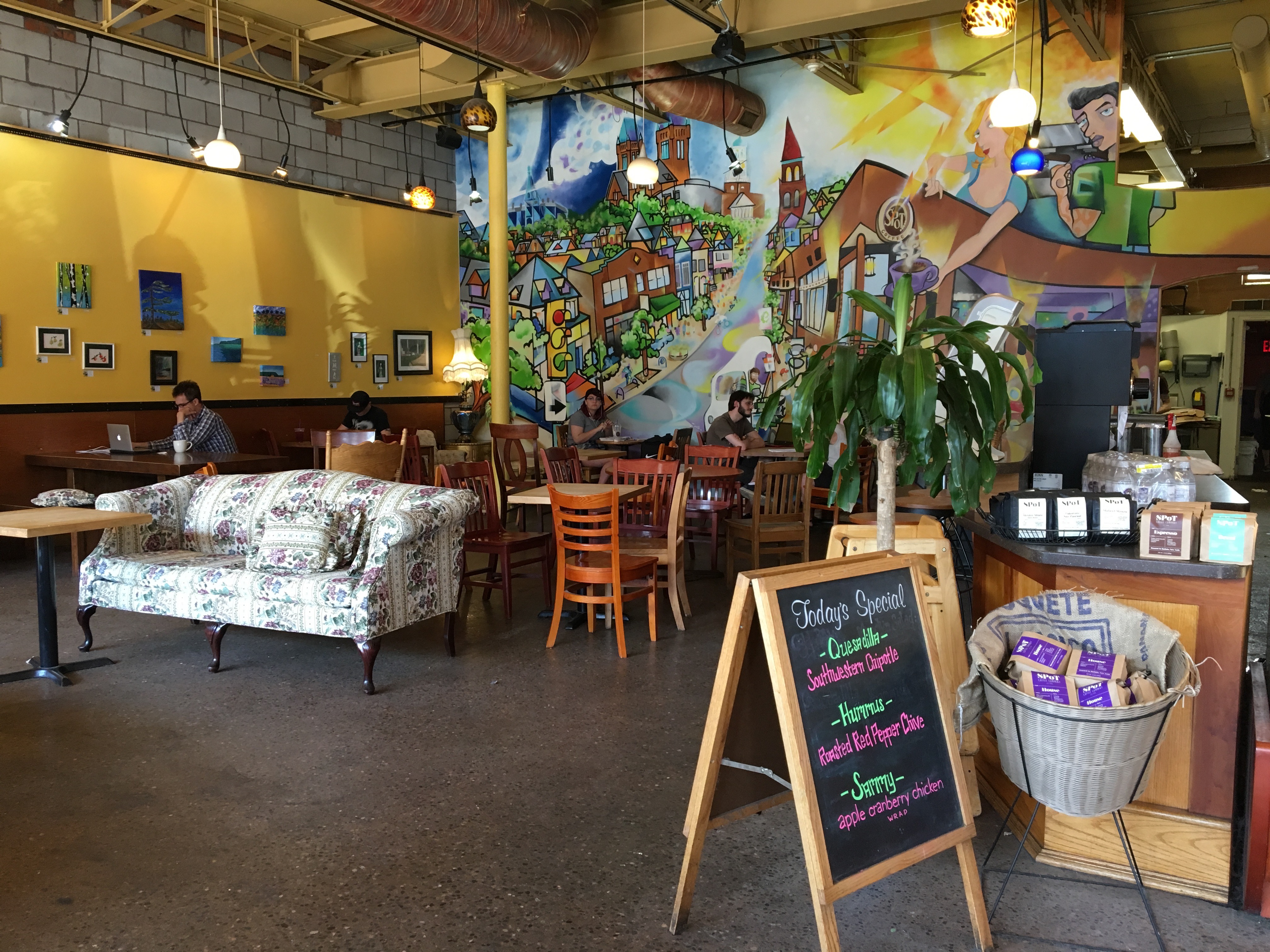 In the heart of Elmwood Village, InnBuffalo grants its guests the convenience to stroll over to visionary coffee shops, chic consignment stores and epic sushi at Kuni’s followed by drinks at The Place. Elmwood village assumes more of a Portland or Austin vibe than what one would think of as Buffalo. Organic co-op grocery stores, artsy street graffiti, and contemporary décor abound among the blocks of boutique shops and eateries. Less than 5 miles from InnBuffalo off Elmwood, travelers can kayak along the romantic Canalside, enjoy a drive-in movie at Transit Drive-In Theatre, explore Frank Lloyd Wright’s Martin House Complex and unearth a lively Buffalo—on the rise.

An Alternative to the Tourist-Traps of Niagara Falls 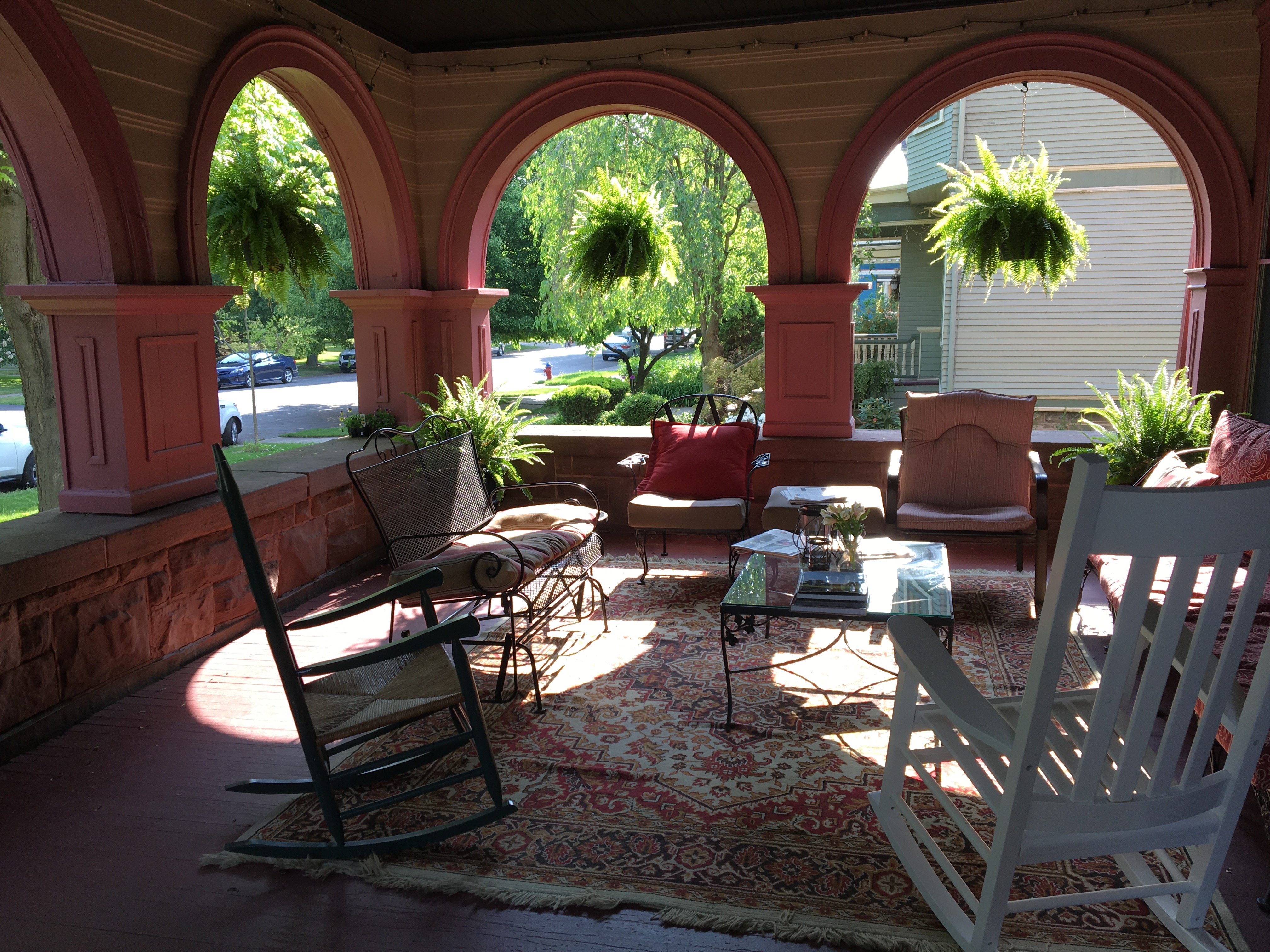 While Niagara Falls is an awe-striking, must-see destination; staying in the Niagara Falls area is a sentence to over-priced lodging, swarms of millions of visitors donning selfie-sticks and $7 lemonades. Once we had the privilege of experiencing the grandeur and power of the world-famous waterfalls, my husband and I were relieved to retreat a short 15 miles away to the peaceful, historic InnBuffalo off Elmwood—away from the chaos of mass tourism. Here, we were able to reflect upon the wonders of our natural world while delving into an up-and-coming restored gem of American history. 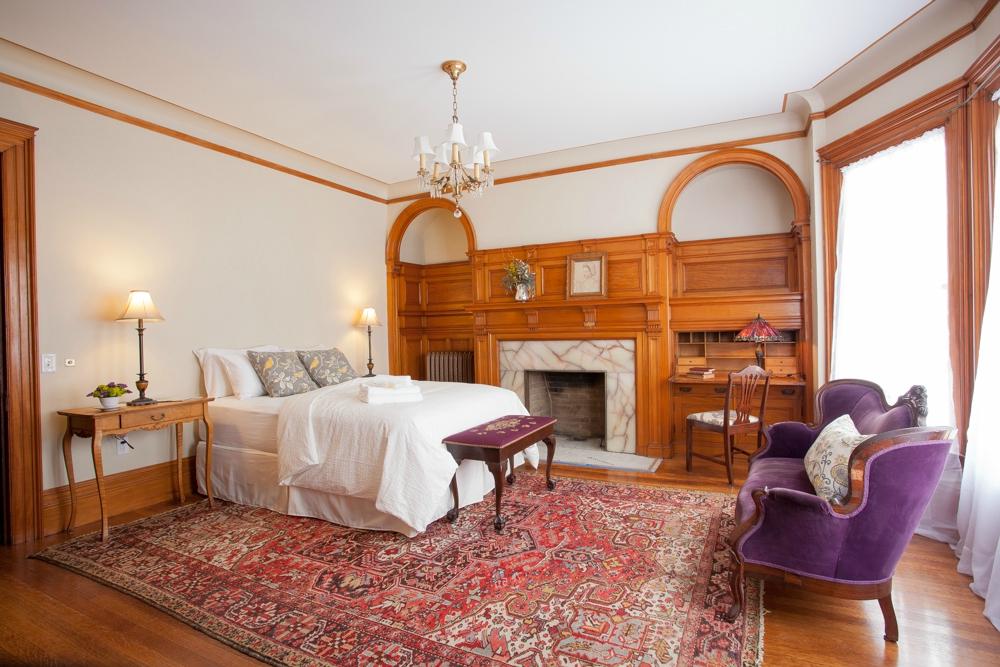 InnBuffalo is described by the owners as a “Preservation in Progress.” The Music Room and Dining Room exhibit recovered hand painted stenciling on the ceiling and walls. Silk, damask wall covering in the drawing room was found, outlining the original mantel, during the restoration process. The library ceiling wows with gold leaf, Persian inspired stencil. With such historic design, our stay resembled more of an after hours museum visit into the opulent homes of 19th century New York.

Our room, the Sarah Dutro Suite, served as the mini-suite for H. H. Hewitt. The blond mahogany fireplace mantel and desk impress alongside the antiquated velvet furnishing. A large bay window overlooks Lafayette Avenue, with an intricate stained-glass lamp catching the incoming light. The suite’s original bath hosted only a sink and toilet, so the innovative InnBuffalo’s restoration transformed a large closet into a luxurious double shower with four shower heads and original crazed tiles. The other eight suites also include remarkable antique pieces and reconditioned interior design from H. H. Hewitt’s time of fortune.

My stay at InnBuffalo off Elmwood felt like a luxurious night’s stay in a 19th century American museum. With each remarkable detail from times passed, we were transported to romantic times of grandeur with servants, impressive library collections, lavish parlor staircases, and grand dining room breakfasts—complete with delicious quiche, scones, and yogurt parfaits prepared by Joe and Ellen. The InnBuffalo is a reasonable splurge and the sort of stay you book when you are looking to delve into the history of early American development; where you’ll want to bring back a bottle of Niagara Peninsula Wine and bask among the opulence of America’s early inventors turned billionaires. If you’re not a budget traveler or are just looking for a unique, historic getaway, then The InnBuffalo off Elmwood is for you.

Find more hotel reviews on The Pin the Map Project here!  Where are you headed this summer? Share your summer destinations in the comments section below! 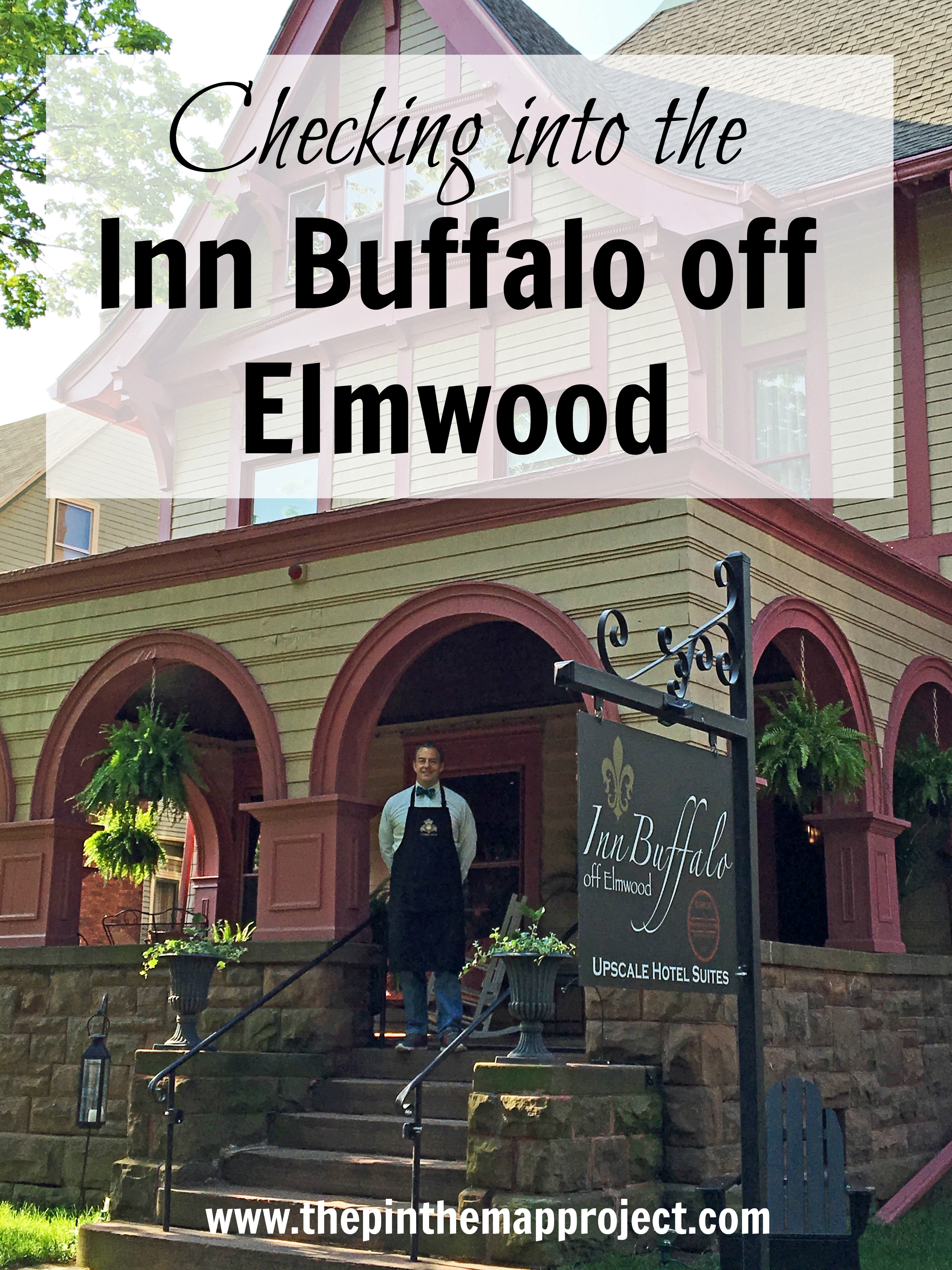