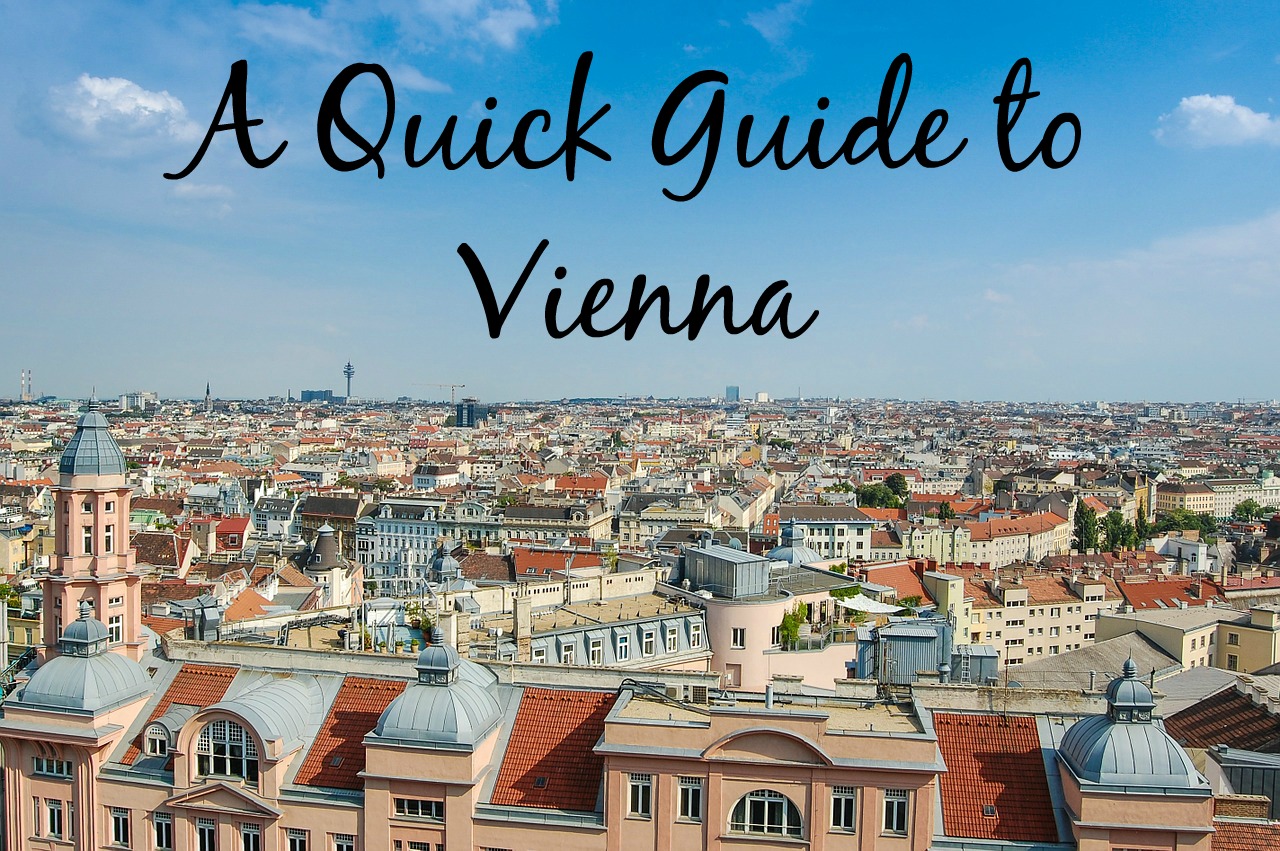 My kapunizer or cappuccino came served in a translucent glass, flaunting each impeccably crafted layer of caffeinated goodness as I ogled the vast pastry selection, eventually settling on a classic Austrian apple strudel. The University of Vienna’s palace-like exterior impressed across its green, perfectly manicured lawns conveniently located by my quaint flower-strewn café patio. As I took sips from my Viennese café, I reveled in the history of the Café Landtmann–a favorite of the brilliant Sigmund Freud–I mused with gratitude on the minds and artists who strolled these very cobblestone paths before me.

Vienna. Even the Austrian city’s name imbues the elegance of its history: Mozart, Gustav Klimt, enchanting choirs, palaces, ornately complicated statues, horses and carriages. As our Viking River Cruise docked along the shores of the Danube, I was immediately blown away by the riches of the Hapsburg Dynasty and Holy Roman Empire strewn tastefully amongst the most impressive gold plated mansions and limestone archways of Vienna’s Old City. While Vienna’s museums are world-class, just roaming the archaic streets is an alluring cultural exhibit in itself. From touring the royal opulence of the Schonbrunn Palace to hopping from kaffehaus to kaffehaus, I savored the antiquity, and indulged in the refined art of both past and present. Vienna–now the capital and largest city in Austria–hosts stimulating history dating back to Celtic settlements in 500 B.C. If visiting Vienna for the first time, consider this your quick guide!

The Sights: What Not to Miss in Vienna 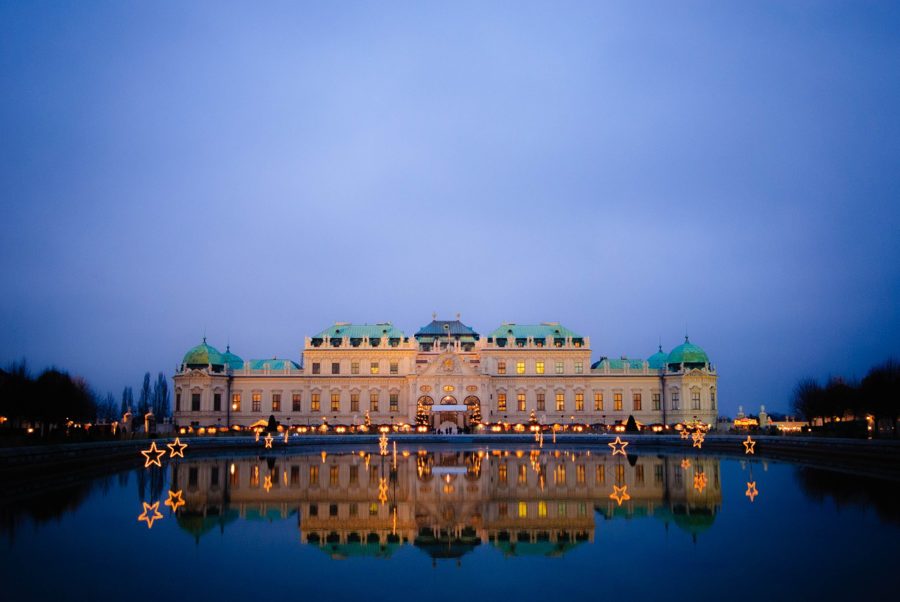 One of the largest art and culture complexes in the world, Museums Quartier winds through charming courtyards, cafes and hosts impressive film festivals and dancing performances. The construction began as an 18th century imperial stable complex for 600 horses, 200 stage coaches, and an amphitheater for the presentation of the carousels. The French, under Napoleon I, occupied Vienna and used the stables as a stronghold. Eventually, the area transformed into the Museums Quartier of today with 70 different cultural facilities to enjoy, including the infamous Museum of Modern Art and the Leopold Museum.

Take a Stroll through the Green Prater

To reach the former imperial hunting grounds, follow the signs along the City Hiking Trail 9 to the Little Water Meadow area at Freudenau—the park begins only 3 km from St. Stephen’s Cathedral and stretches into the meadows and forests for a more rustic walking experience.

The Vienna State Opera House’s opening night in 1869 says it all: Mozart’s Don Giovanni with Emperor Franz Josef and Empress Sissi in attendance. Unfortunately, the back sections of the original opera house were bombed during WWII by the United States Air Force in the hopes of ending Nazi Occupation. The restored, present day Vienna State Opera House is one of the most prestigious, active opera houses in the world. While getting opera tickets may seem daunting and costly, a standing room only ticket purchased the day of the performance only costs around 3-4 euros from the box office in the Staatsopher building! TRAVEL TIP: Get to the box office 90 minutes before the show and bring binoculars.

Known as “Stephansdom” in Austria, the St. Stephen’s Cathedral is the mother church of the Roman Catholic Archdiocese of Vienna. The intricate exterior detail and impressive stature can’t be missed and represents the country’s once 90% Roman Catholic population with no separation of church and state. The cathedral was built, unknowingly, upon an ancient Roman cemetery in 1137. For more impressive Baroque architecture and history, tour the remainder of the Old City from Hofburg Palace to the University of Vienna.

Where to Eat in Vienna 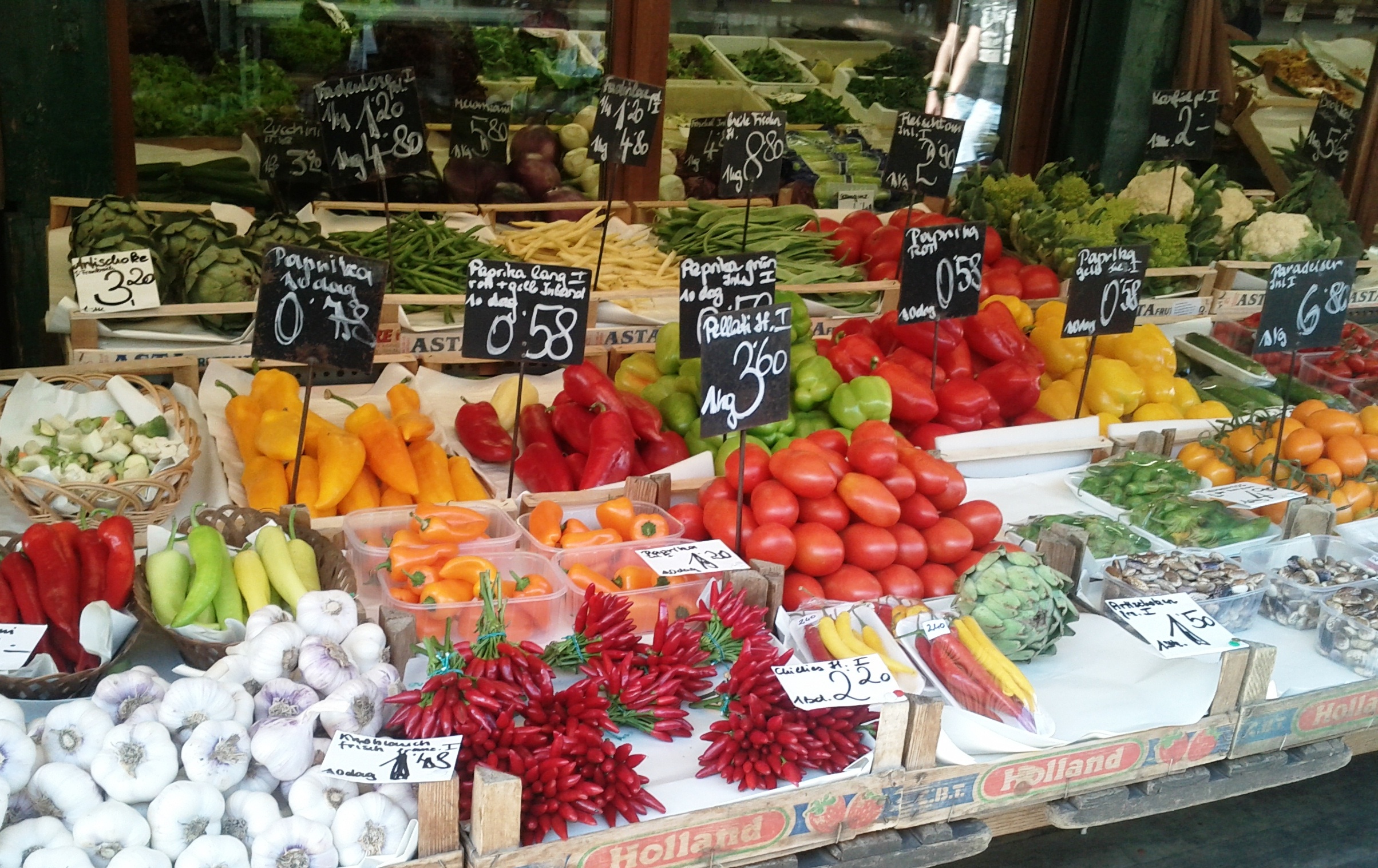 With 120 market stands and quaint café eateries, Naschmarkt hosts an international selection of eats and treats. DJs liven the already colorful scene with evening weekend performances; and like all other Viennese establishments, these markets date back to the 16th century where milk bottles were sold. Splurge on a meal at the Naschmarkt Restaurant or snack on the wide selection of global fare. Take a seat, grab a drink, and enjoy a world-famous people watching show of locals and tourists alike.

Satisfy your Sweet Tooth at the Café Demel

Enter into an Old City Viennese building, sculpted and embellished limestone as impressive as the others, for the treat of Café Demel. The entryway is laden with pastries of all sizes and colors making it nearly impossible to choose just one and although Café Demel is famous for the Sachertorte cake, the cream cheese strudel and carrot cake should be ordered as well. The antiquated shop emanates class with fancily upholstered seating, wall engravings, fantastic art pieces, chandeliers, and cozy seating nooks. The real draw? Rich Viennese coffee to keep you hopping from kaffehaus to kaffehaus all day long.

If the café favorite of Sigmund Freud’s isn’t selling point enough for you, just settle in among the bright flowers and palace vistas of Café Landtmann’s outdoor patio for first-rate veal wienerschnitzel and lemonade followed by a Cafe Latte and apple strudel for dessert. You’ll quickly realize why this historic haunt of some of our world’s greatest minds is a Viennese favorite for tourists and locals, alike.

Vienna’s charm rings strong among the endless hidden courtyards (hofs). While frequented mostly by locals, no tourist will want to miss the opportunity to dine among the artsy restaurants and Gastgartens. Amerling Beisl is nestled in the heart of the 7th district—perfect for dining before a concert at Auersperg Palace. Enjoy the authentic Austrian goulash, dumplings, and schnitzel without the tourist-trap vibes and prices.

Join the ranks of emperors, queens, kings, President JFK, and even John Lennon with a luxurious night’s stay in the five-star Hotel Sacher Wein for around $500 per night. The hotel is conveniently located in the first district of Vienna across from the Vienna State Opera. Does the name “Sacher” ring a bell? The infamous Viennese dessert, the Sachertorte, is the specialty of the hotel’s dining room, as the hotel was founded by Franz Sacher’s (the pastry’s creator) son. Hotel services were previously denied to guests of non-aristocratic descent but now, at a hefty price, we can all be royalty!

For a more affordable stay, check out the boutique Hotel Altstadt Vienna. The hotel is conveniently located near the metro and the Ringstrasse Tram (an excellent way to explore the city). Guests praise the included breakfast selection, and the chic style, claw-footed bath tubs, and gothic hues create a highly elegant atmosphere. Perks: Complimentary tea and cake are served each afternoon and affordable drinks can be found at the swanky hotel bar. Each room is outfitted with a Nespresso coffee maker and fresh fruit and if you’re visiting during the cold Austrian winter, you can grab a room with a fireplace.

This hostel is located right outside the bustling Naschmarkt with convenient, delicious cafes and patio bars. As you’d hope for with any hostel, Wombat’s City Hostel offers clean rooms, bathrooms, towels, linens, good breakfast, a lively bar with great music and free wi-fi. The guests travel from all over the world and come together for highly memorable evenings throughout the bars and clubs of Vienna. A free walking tour of the Old City leaves from the hostel each morning. Mixed dorms start at $23/night. 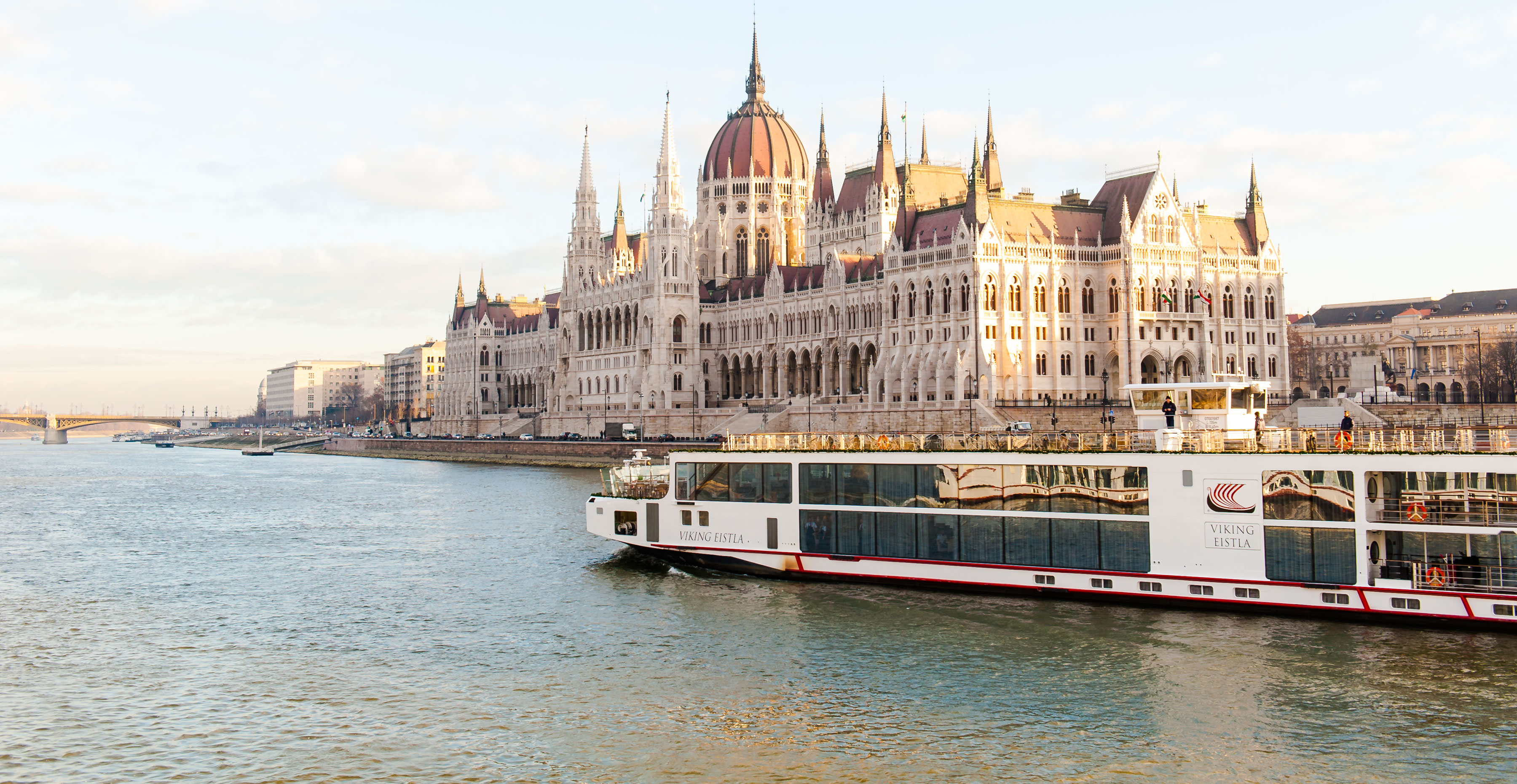 By the time I had arrived in Vienna, it was after spending a few days on a Viking River Cruise making its way down the Danube River from Germany to Hungary. Viking River Cruises offers a unique way to explore not only Vienna but many of Europe’s beautiful cities from an entirely new perspective. Over the course of 8-days, the Danube Waltz River Cruise sailed from Passau to Budapest stopping at four UNESCO World Heritage sites and allowing the passengers to connect with local German, Austrian and Hungarian culture and traditions. While visiting Vienna is a dream in itself, sailing down the Danube River is a memorable way to explore beyond Vienna and enjoy the Austrian countryside and other gorgeous destinations.

Have you traveled to Vienna before? Share your best tips and favorite travel memories below! 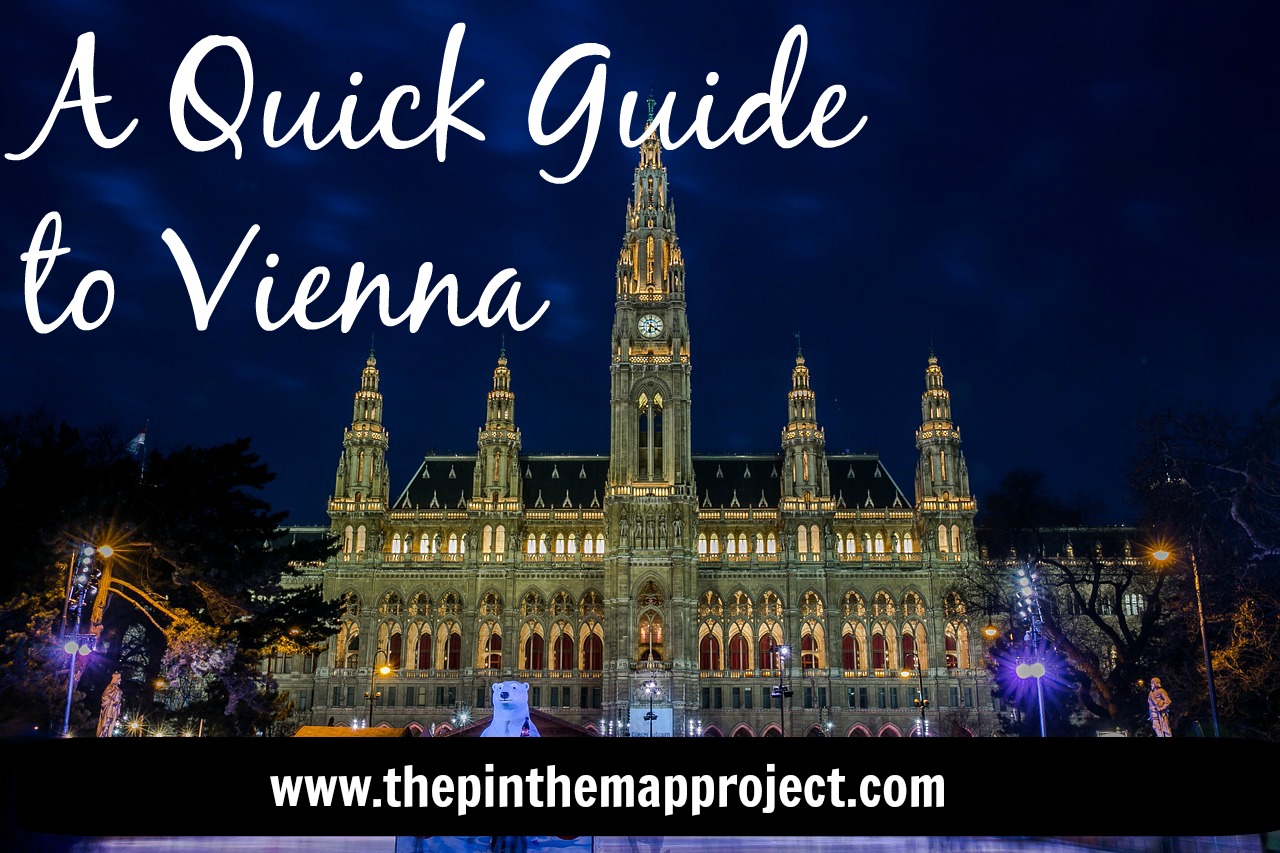 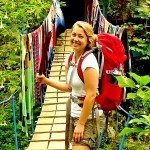