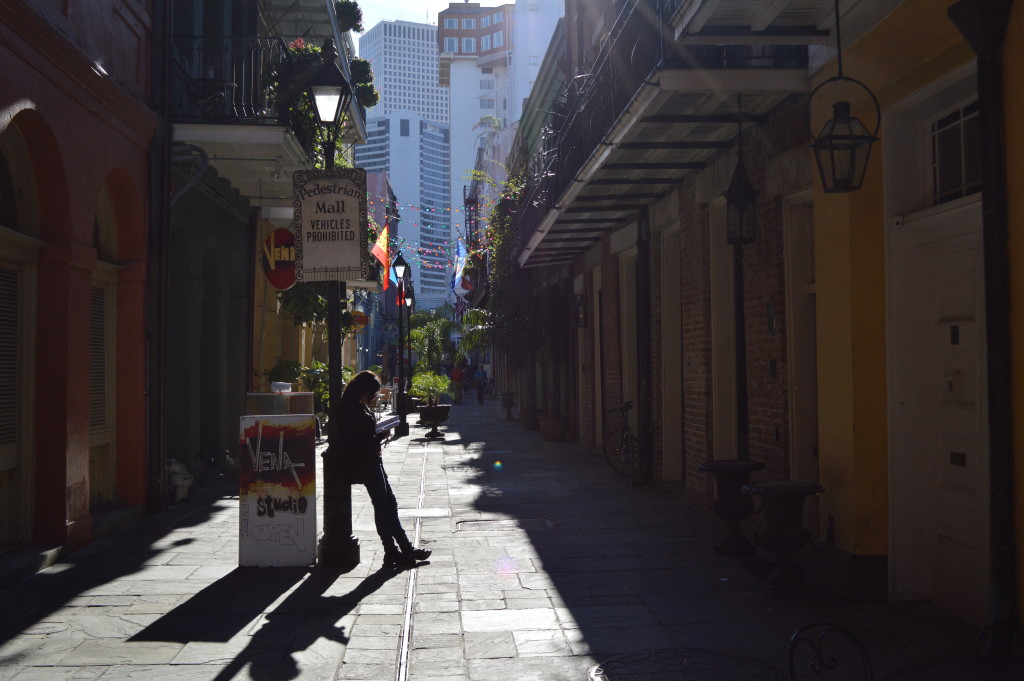 The excitement of Bourbon Street is starting to pick up pace as the streets fill with revelers in search of a good time. As intertwined couples walk distractedly down the sidewalks, twenty-somethings stroll past carrying their “Huge Ass Beers” and floating from bar to bar. New Orleans’ French Quarter is coming to life and from every corner music seems to entice while smells of Creole food tempt those passing by. The entire quarter is a blur of senses that tastes like the powdered sugar at Cafe du Monde, sounds like the soulful jazz on Frenchman Street and feels like an ongoing party fueled by cocktails.

Nestled on Conti Street just a stone’s throw from Bourbon Street is the charming and chic Hotel Le Marais, as part of the New Orleans Hotel Collection. At the perfect intersection of being close enough to the action but quiet enough to offer serenity, the Hotel Le Marais is named after Le Marais–the historic district on the Right Bank of the Seine in Paris. What was once an area of swamp land before being discovered in 1240, Paris’s Le Marais is now a fashionable neighborhood that is synonymous with chic. It is fitting that New Orleans’ Hotel Le Marais is named after Le Marais in Paris as the hotel fuses the history of the French Quarter with its modern vibe and four-star amenities. 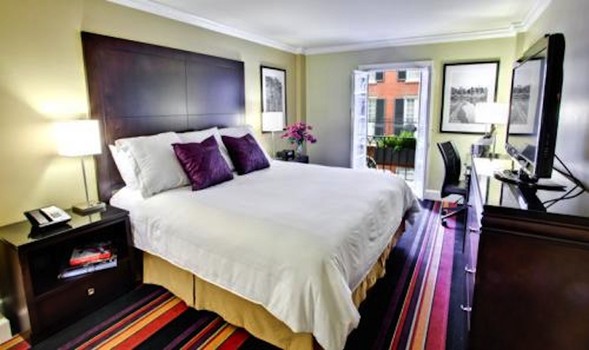 Upon checking in at Hotel Le Marais I was immediately greeted by an attentive staff that offered a quick and seamless check-in. All guests are welcomed with a complimentary beverage or cocktail of choice–a nice touch that I have not come across before in my previous hotel reviews. As if the gratis drink wasn’t enough to have me loving Hotel Le Marais, I instantly fell in love with their inner courtyard that serves as a sanctuary tucked away from the busy streets of New Orleans. My room, which featured free wifi, a large bed, and modern amenities had a wrought iron balcony that overlooked the inner courtyard.

Surrounded by greenery and plush seats, the courtyard’s main draw is a heated salt-water pool that (despite it being January) I took full advantage of. As someone hailing from New York City where I can’t remember the last time I had set foot in a pool, it was an utter treat to float on my back in Le Marais’ pool and take in the charming architecture of the hotel and indulge in the pool’s warm water. Inside the double doors surrounding the courtyard, guests can enjoy a complimentary breakfast of fresh fruit, pastries, eggs, coffee and tea. While for the ambitious vacationers out there, the first floor also boasts a modern workout room to burn off the beignets and gumbo from your travels. Also on the first floor is the hotel’s main bar, Vive!, with its purple LED lighting and list of signature cocktails to kick off an evening in the French Quarter. 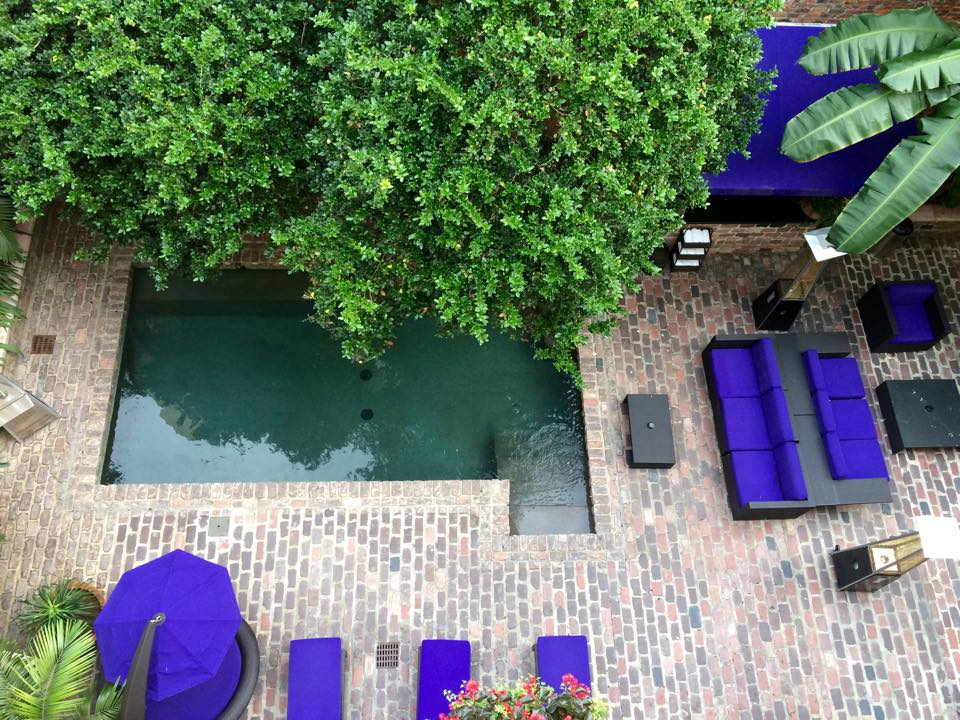 On my last evening in New Orleans I had returned from Frenchman Street where I swayed to the sounds of live jazz and blues. My feet were aching after excitedly walking down the winding streets of the French Quarter with my stilettos on; I had a smile plastered on my face and was wrapped up in the high of a city that never ceased to charm me. After a trip that moved as quickly as the city itself, I was happy to collapse into the plush sheets of my bed at Hotel Le Marais and find peace in a neighborhood that seemed to never sleep.

Book this Hotel if…

You are looking for a centrally located hotel in one of the more popular neighborhoods of New Orleans. Hotel Le Marais is perfect for couples and families alike who are looking for accommodations that are within walking distance of NOLA’s main attractions, yet offer a respite from the city’s revelry.

*I was invited for a complimentary stay at the Hotel Le Marais in exchange for editorial coverage. As always, all opinions & experiences on The Pin the Map Project expressed are my own.