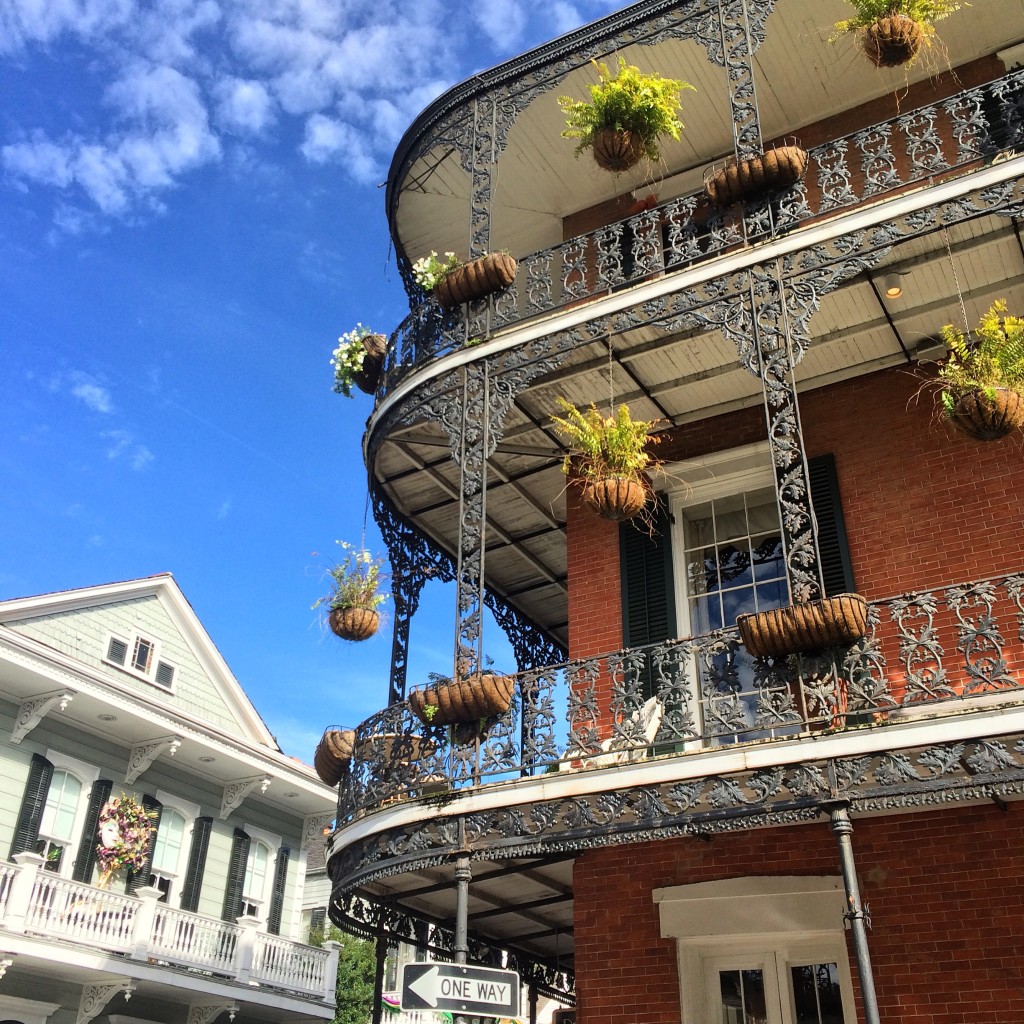 A slight smell that is reminiscent of a campfire clings to me and I can’t tell if it is from the swamp tour I took through the bayou or the assault of senses I faced when strolling down Bourbon Street. The French Quarter is uncharacteristically quiet this morning but I know it is only a matter of time until the charming sounds of a string quarter or haunting notes of a lone saxophone player lazily rock the city awake. I am sitting on a balcony overlooking the sun-kissed rooftops of the Quarter and admiring the wrought iron balcony in front of me that gives a nod to the European influences that infuse New Orleans.

To imagine that this city was once under 14 feet of water–having fallen to its knees in the wake of Hurricane Katrina–is unfathomable. To see the smiling faces of locals, hear the music emanating from every street corner and feel the lightness of a city that once lost thousands of its residents is at once humbling and inspiring. New Orleans proves a testament to the resilience of the human spirit and the healing powers of time that remind even the most downtrodden that no pain lasts forever. In short, NOLA is like a phoenix that has truly risen from the ashes of a natural disaster.

My first two days in New Orleans have been a blur that taste like powdered sugar, sound like jazz, look like a splash of pastel colors and feel like on-going revelry. With only a short amount of time to eat my fill of Creole food, soak up as much live music as I can and revel in the beauty of the French Quarter, I know that New Orleans is a city that will always leave me wanting more. Whether in NOLA for 24 hours or 72, this guide shares the highlights that every first time visitor should see.

Cafe du Monde has become synonymous with New Orleans as an eatery that is said to whip up the best beignets. Beignets are unique to New Orleans as a popular breakfast dish and is a deep-fried Choux pastry that is served with heaping amounts of powered sugar. Before walking into Cafe du Monde, the sugar is the first thing you’ll notice as it is everywhere. Powdered sugar clings to the floor, to the tables, to the chairs, to the children running around and exasperated moms chasing after them.

The quintessential things to order at Cafe du Monde are the beignets and a cafe au lait (their chicory coffee that pairs flawlessly with the sugary treats). As expected, the beignets come covered in powdered sugar but are absolutely delicious and made perfectly. Having been a longtime fan of beignets (and attempted to make Cafe du Monde beignets at home using their boxed dough) that first bite of a true New Orleans beignet is one to enjoy. A short stroll from Cafe du Monde is Jackson Square and the riverfront, so grab breakfast and get away from the crowds of tourists to enjoy this French treat.

A Visit to the Bayou 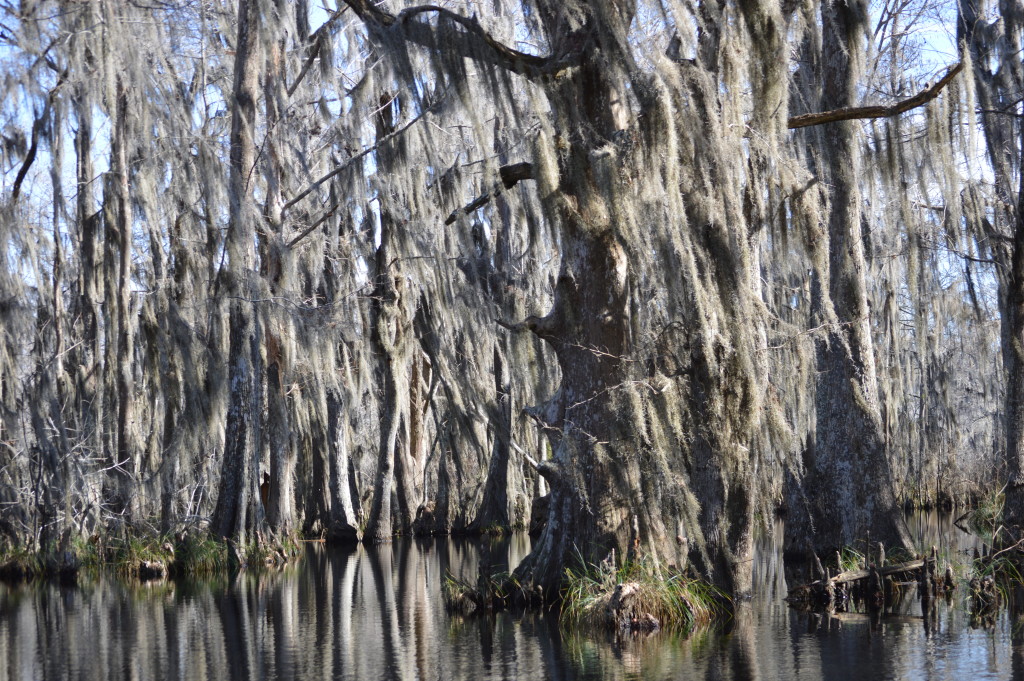 Hauntingly beautiful and just 45 minutes outside New Orleans is a different world. The colorful streets and cityscape of NOLA give way to swamplands and an eerie bayou that seems to promise an alligator will appear behind every twist and turn. Cajun Encounters is a tour operator that is celebrated for being one of the best in New Orleans to give visitors a look into the Honey Island Swamp, one of the remaining preserved wetlands of Louisiana.

The tour takes guests on a riverboat led by a local, in our case a comedic Captain Greg whose knowledge of the swamp was outshone only by his well-timed jokes. While gators proved too allusive on our tour (perhaps they were on vacation?) we did come across herons, gorgeous scenery and local swamp communities (because yes, swamp people do actually exist).

Stroll down the Mississippi River Banks 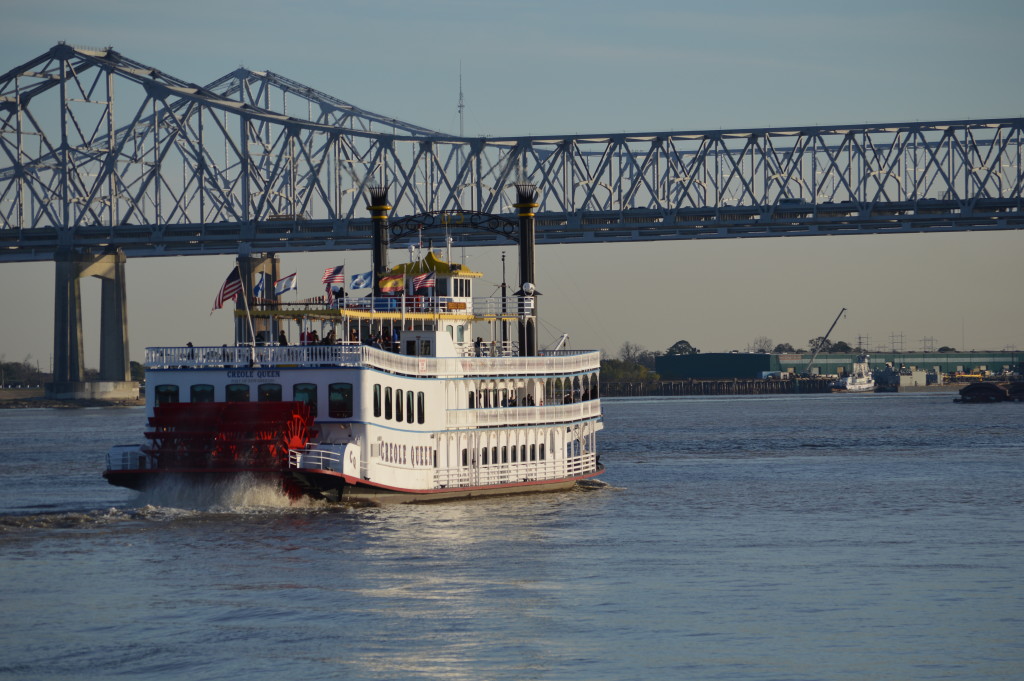 A historic park in the French Quarter, when walking through Jackson Square Park you will stumble across tarot card readers set up alongside jazz bands that are playing near local drifters who are strumming their guitars for money. Jackson Square was designed to resemble the 17th century Place des Vosges in Paris and is flanked by Pontalba buildings and the St. Louis Cathedral. 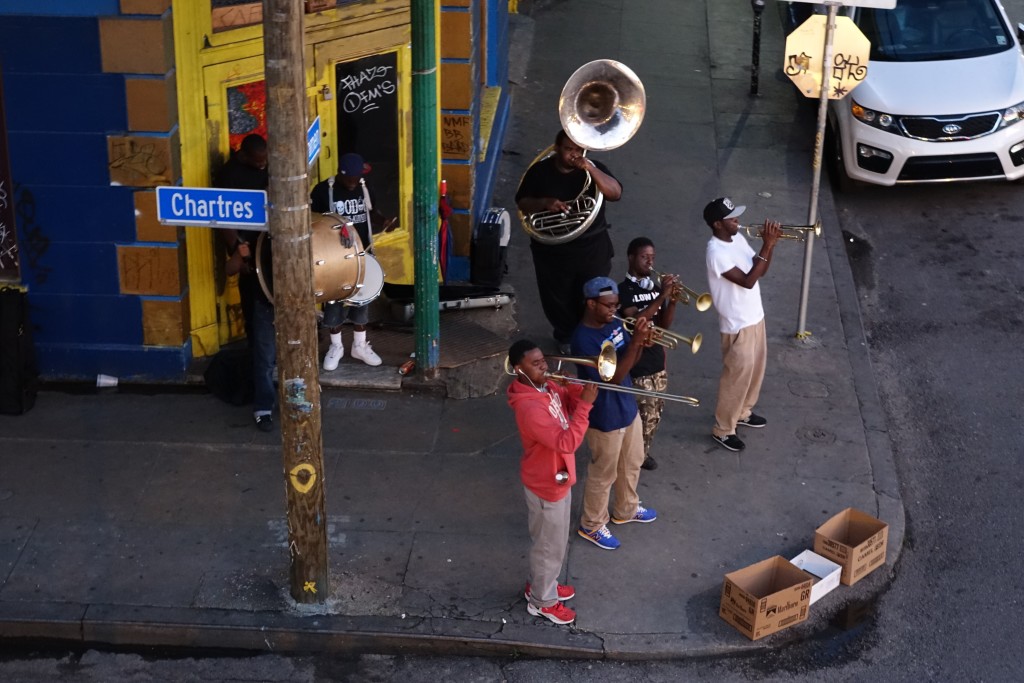 Walk down Bourbon Street and your senses are immediately accosted by seedy strip clubs, drunken party-goers stumbling through the streets, karaoke bars and “huge ass” beers (a NOLA classic). Bourbon Street can be exhausting but Frenchman Street is a different world that gives that New Orleans vibe that people without a fraternity in tow will come looking for.

Frenchman Street is bursting with live jazz and blues–it is playing in the streets from local musicians, pouring out from nearby jazz lounges and just whipping the street into a frenzy. Within a minute of stepping outside my cab on Frenchman Street, I was pulled into an impromptu jazz band performance and stood alongside locals and visitors alike as we swayed in unison to the playful notes of trumpets and drums.

Before my flight touched down in New Orleans I was already salivating in anticipation of classic New Orleans dishes such as po-boys, gumbo, oysters, crawfish and jambalaya. New Orleans is home to a unique food scene where Spanish, Caribbean and French flavors converge resulting in a splash of flavor that ignites the palate. Some restaurants worth adding to your ‘must-try’ list include: Pascal’s Manale for excellent BBQ shrimp, Mother’s for authentic jambalaya and Willie’s Chicken Shack for amazing fried chicken and the butteriest biscuits you could wish for. Thrillist put together a definitive guide for iconic New Orleans dishes and is definitely worth checking out if looking to maximize your meals in NOLA.

What are you looking forward to visiting in New Orleans?  Share your tips on NOLA below!